Lamborgini Aventador J Might Be the Rowdiest Roadster Ever 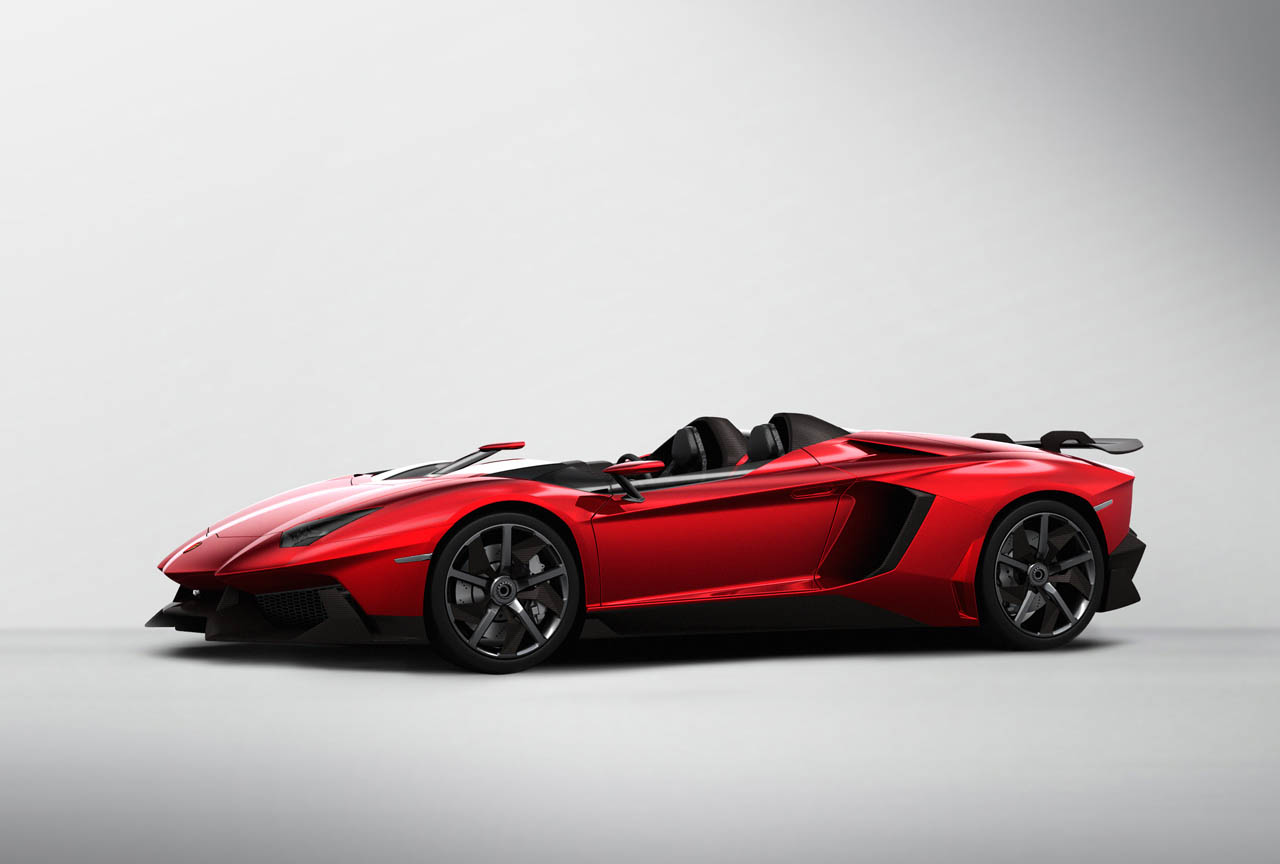 It's pretty safe to say that Lamborghini has never built a subtle car. Sure, some early ones like the 350GT and Miura can be considered curvaceous and classically beautiful, but there's never really been a Lambo that didn't command more than a passing glance. What's more, they've typically had outrageous performance to go with the outrageous looks.
The company's latest flagship, the Aventador, is certainly extroverted in just about every area. With 691hp from the brand new 6.5L V12 and menacing styling inspired by the likes of the Reventon and Sesto Elemento, few cars can match the Aventador in the mandible lowering department. But now there's a car – another Aventador at that – that will handily do just that. Say ciao to the Aventador J. 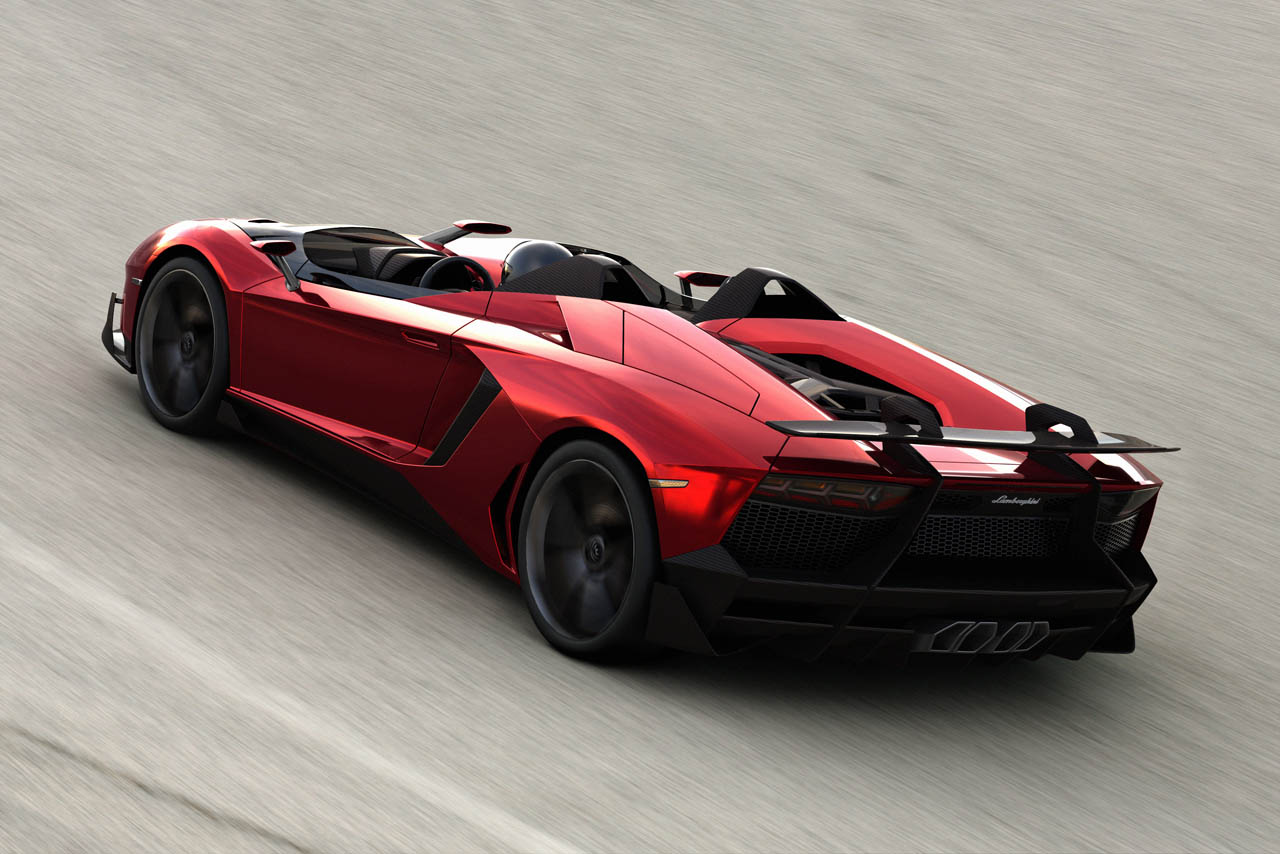 The most obvious change from the standard model is, of course, the lack of a roof. But Lamborghini didn't just stop there; it also ditched the windshield, climate control system, and navigation system, among other components, in the name of shedding weight. Even the seats have gone on a diet, and we aren't just talking about the frames, either. The twin body-hugging buckets are upholstered in a groundbreaking material called Carbonskin, a carbon fiber weave that's been soaked in a special resin that keeps it soft and fabric-like. Hardcore.
"Hardcore" can also be used to describe the other exterior changes. The unique bumpers and rocker panels are sculpted to add downforce and cooling capacity, while the fixed rear wing helps keep the tail planted at high speed. The center rearview mirror (Can't really call it the inside one, now, can we?) is mounted atop a steeply raked post on the dashboard, looking much like the "periscope" style ones found on late-1960s and early-1970s open-top sports racing cars like the Porsche 908 Flunder. Even the wheels have been designed to enhance form and function; they feature fan-like carbon fiber inserts that suck fresh air in toward the brakes. 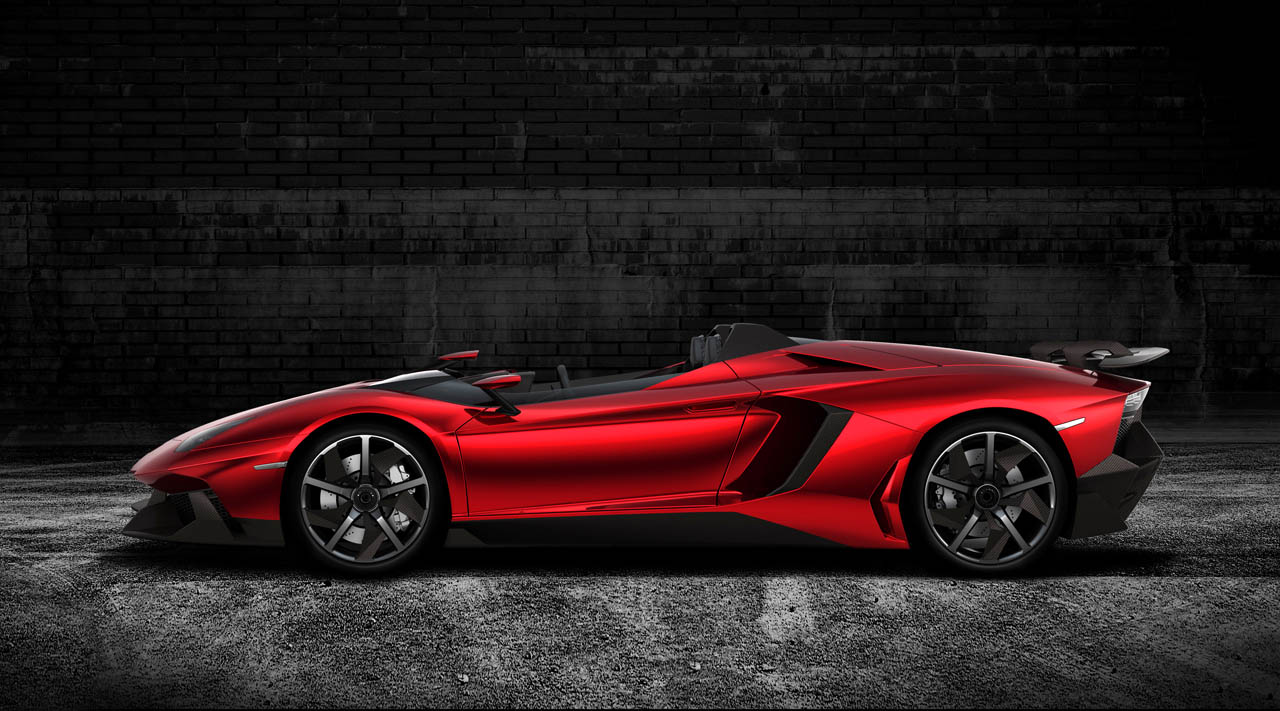 And you will definitely want the brakes performing at their best, given the velocities the Aventador J can achieve. Lamborghini didn't publish any acceleration figures, but we're guessing 0-60 mph will clock in somewhere in the low three second bracket. Lambo did reveal, however, that the top speed is in excess of 186 mph. We'd be sporting a high quality full-face helmet at those kinds of speeds, since we aren't particularly gung ho on the notion of sandblasting our cheeks off using dead flies.
However, we very much doubt we'll have to worry about that, since the Aventador J pictured is the only one that will be built. However, instead of retiring this red devil to the museum or smooshing it into a very expensive cube once its tour of the auto show circuit comes to an end, Lamborghini is selling it to one (obscenely) lucky individual. But put away your checkbook, Mrs. White, because this one-off wonder has already been snapped up for 2.1 million euros, or about $2.75 million U.S. Hopefully this beast's new master will take it out in public every once in a while, instead of squirreling it away in a private museum/bunker. Because it's nice to be reminded once in a while that, for all his faults, man is capable of creating some awesomely crazy things.
Source: Lamborghini
Tweet
Share
Share
Pin2
2 Shares
Categories
Auto News
Tagged
Exotics|SupercarsGeneva Motor ShowItalianLamborghini
0
Back to Top