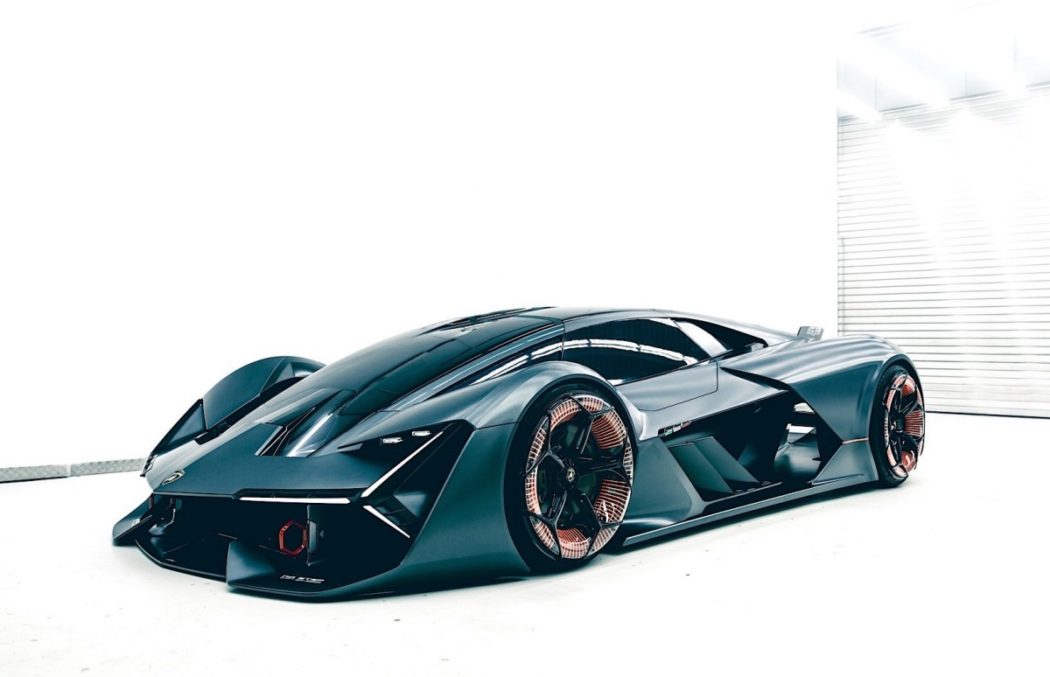 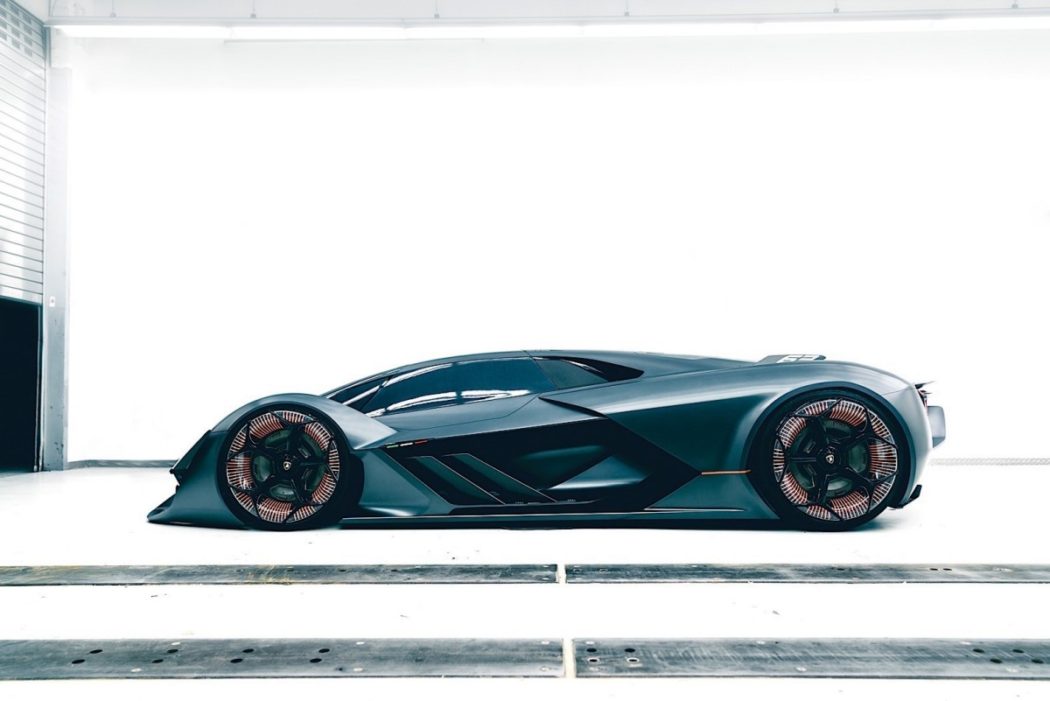 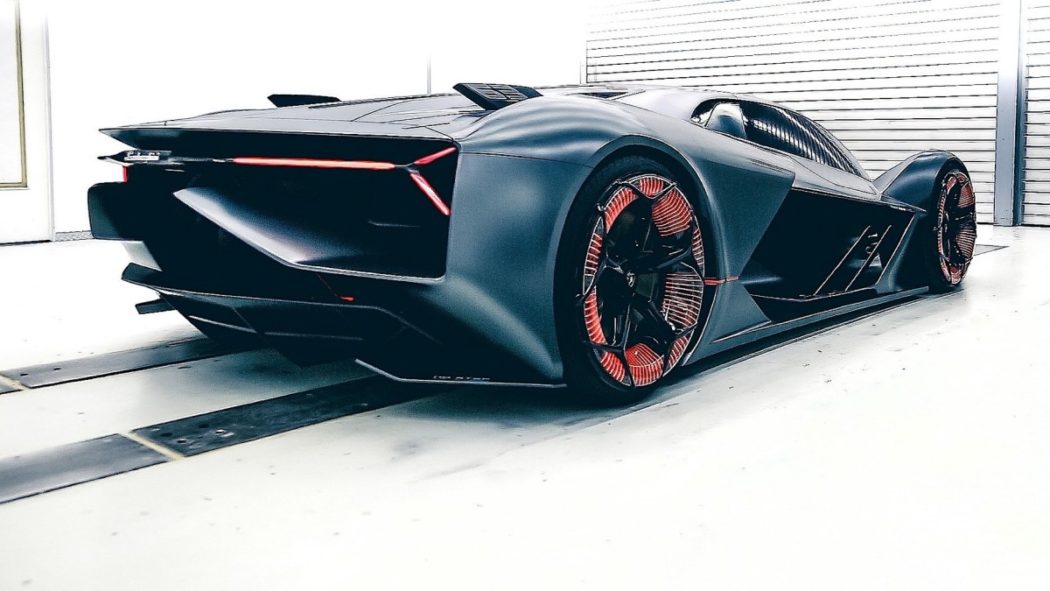 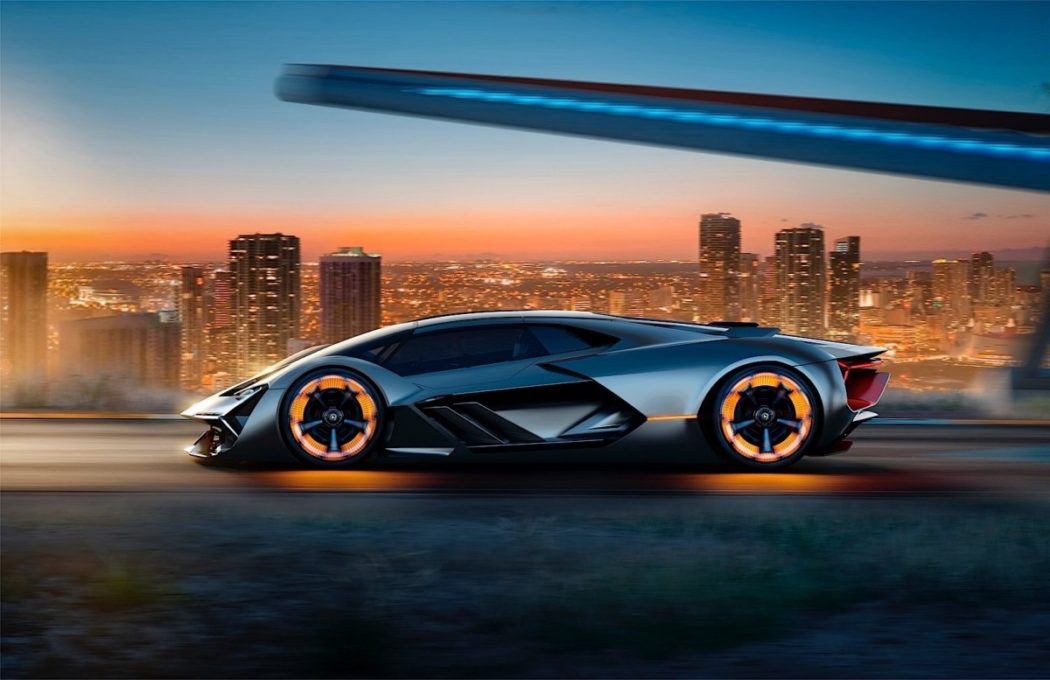 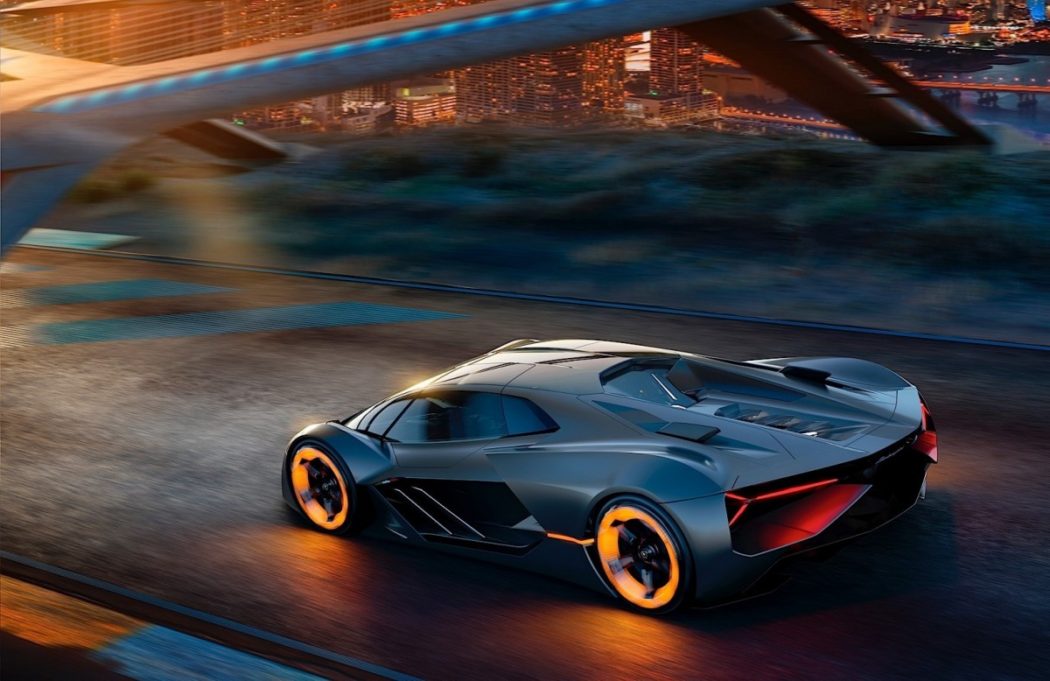 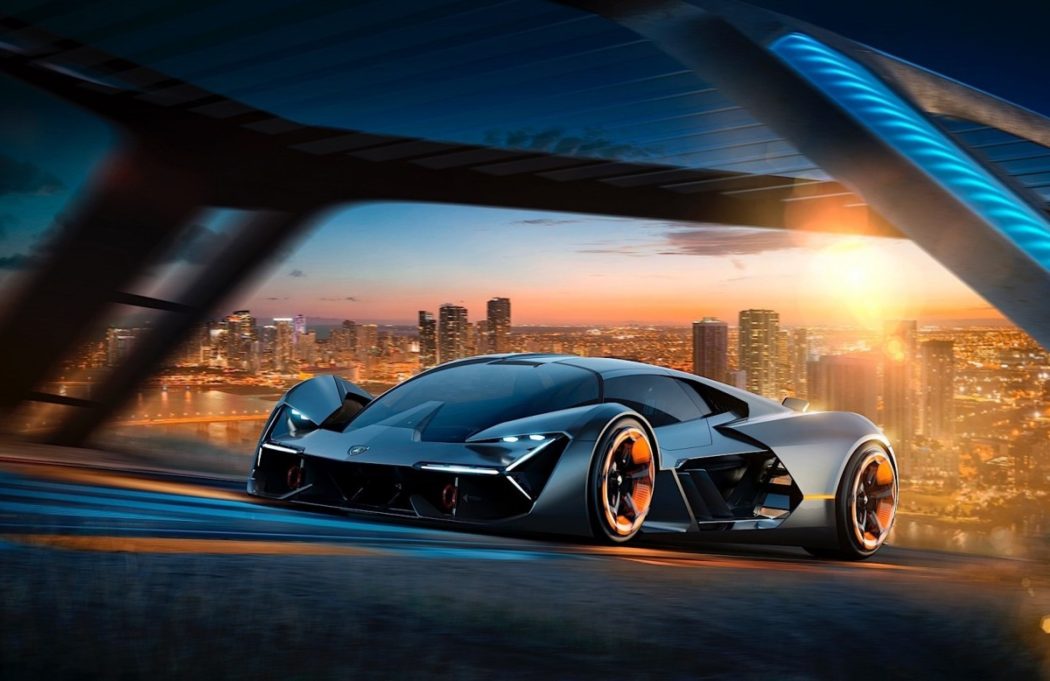 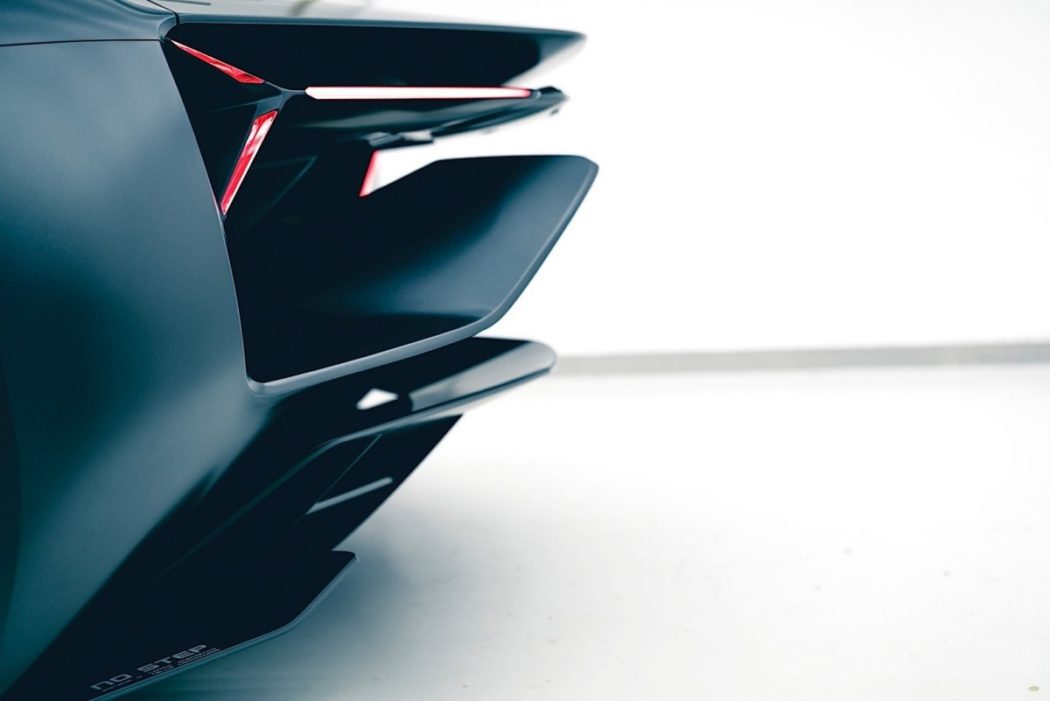 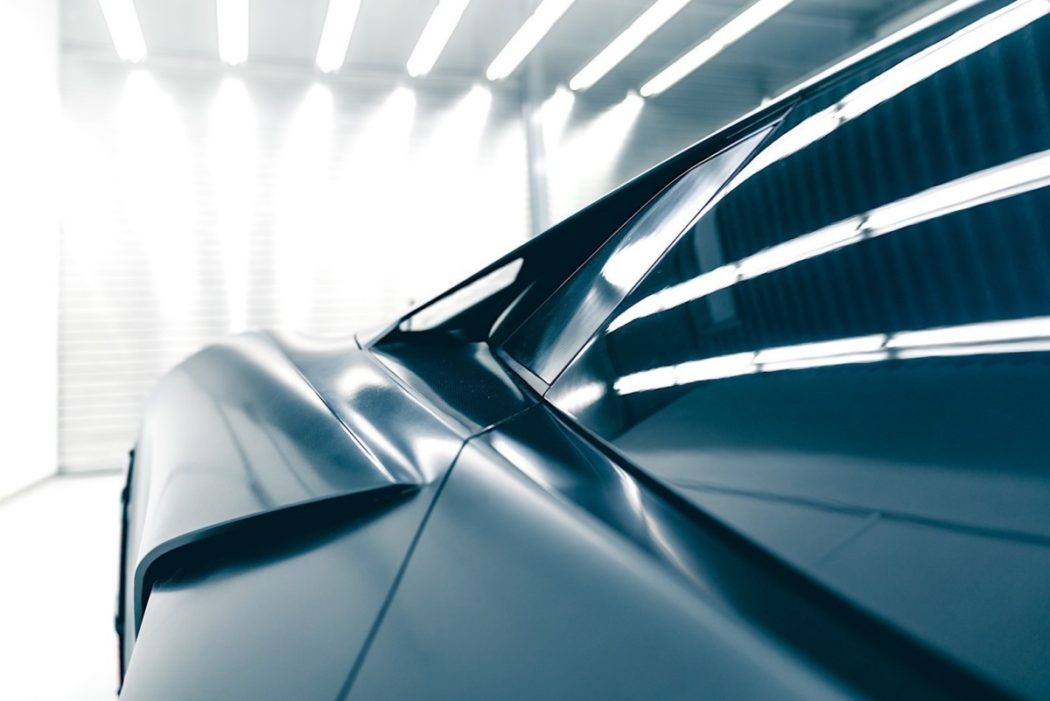 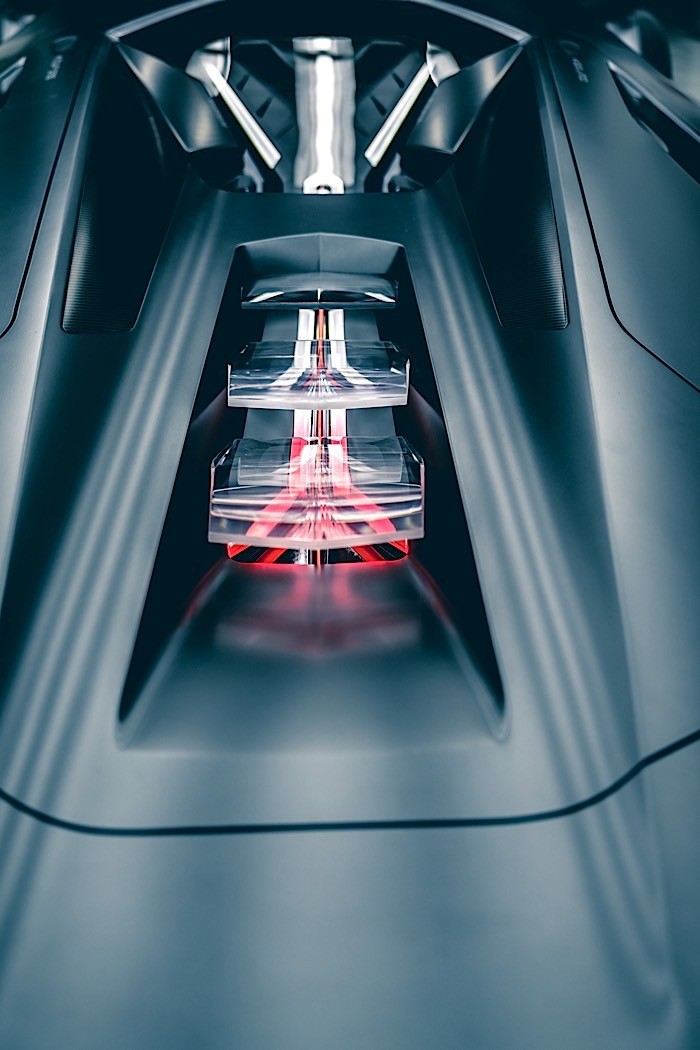 As strange bedfellows go, Lamborghini and the Massachusetts Institute of Technology has to be right up there with the all time strangest. Yet the two entities have been collaborating since last year to create a concept for the supercar of tomorrow, and what they’ve come up with – the Terzo Millennio, which is Italian for “third millennium” – appears to be pretty much what you’d expect a futuristic Lamborghini to be.

The shapely exterior, with an extremely cab-forward profile, clearly shares DNA with present day Lambos like the Aventador and Centenario, but has cutting-edge features like a set of power adjustable shutters that redirect air to increase downforce for corners and reduce drag on straightaways depending on how they’re angled, and a series of channels that allow “healing chemistries” (presumably some specialized resins and/or glues) to be delivered to areas of the carbon fiber monocoque that onboard sensors determine have suffered cracks or other moderate damage, essentially allowing the car’s structure to “self-heal.” Neat.

What’s not so neat (at least if you love the siren sound of Lamborghini’s naturally aspirated V10s and V12s) is what powers the Terzo Millennio: Four electric motors, one contained within each wheel. The upside to these motors (which would be fed by advanced supercapacitors that are lighter, more durable and can charge and discharge faster than batteries) is they provide all-wheel-drive and all-wheel-torque-vectoring, which ought to lead to incredible handling response whether you or the computer is in control. That’s right, Reorge: Thanks to a mode called Piloted Driving Simulation, this car can drive itself around a track at full-tilt-boogie, with the idea that the human behind the wheel can observe where the electronic driver brakes, accelerates and turns, then take manual control and try to do it himself or herself.

Some of the ideas presented in this concept sound way cool, but others leave us worried about the future of Lamborghini and performance cars in general. In any case, it’s likely gearheads will have very, very little – if any – say in the evolution of the automobile, so we say enjoy the good old days while we’re still in them.