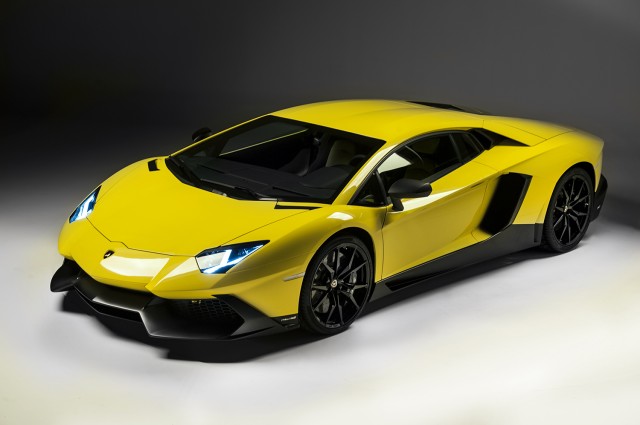 When Ferruccio Lamborghini built his first sports car in 1963 as an f-you to Enzo Ferrari after the latter rebuked the criticisms the former leveled at the latter’s cars, he probably didn’t expect the firm he started to still be building sports cars a half-century later. He also probably didn’t expect it to be owned by Volkswagen, but we doubt even the world’s preeminent psychic in 1963 would have predicted that. Yet even after decades of ups and downs, Automobili Lamborghini has reached the big 5-0, and it’s in the best shape it has ever been.

So how is this storied brand supporting such a milestone birthday? Well, the most notable way it’s marking the occasion is the Veneno, Aventador-based, Le Mans Prototype-inspired super-dupercar. Unfortunately, only three diehard Lambo fans were able to add Venenos to their collections. But rather than telling the remainder of its most loyal customers “tough merda,” the company has come up with a cheaper (but less-exclusive) way for them to get in on the golden jubilee action. 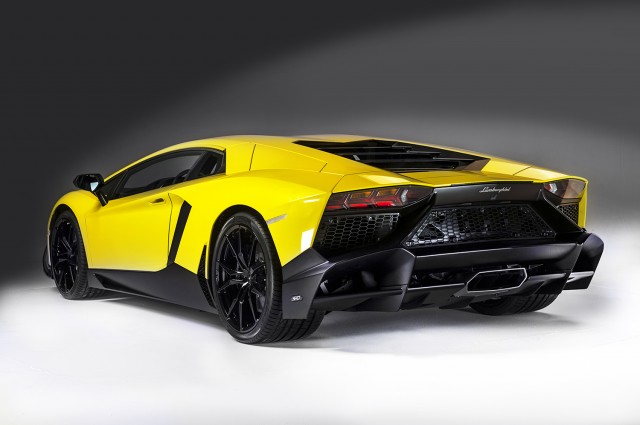 Its full name is the Aventador LP720-4 50° Anniversario and, as far as we can tell, it is just the second model in the company’s history to be labeled an anniversary edition (The first was a 25th anniversary package for the 1988 Countach.), and the third is a special Gallardo dubbed the LP560-2 50° Anniversario, however we’re focusing on just the Aventador in this article. The Aventador Anniversario features a unique body kit with a longer, meaner-looking front bumper and lower, longer rear bumper and diffuser that incorporates a “50°” badge. Both of these new pieces are finished in semigloss black, as are the side skirts, while the exclusive color for the Anniversario model seen here – Giallo Maggio, or May Yellow – is a nod to the popular shade of yellow that debuted with the Miura. And in addition to the different styling, these new pieces boost the car’s aerodynamic efficiency by a claimed 50%.

Lift up one of the iconic scissor-action doors and you’re greeted with the sight of an interior that is drenched in leather that is either a mix of black and brown, or a combination of black and a yellow that matches the Giallo Maggio exterior. The hides are stitched together using a new diamond-pattern technique dubbed Q-Citura, and there’s a composite badge featuring the 50° Anniversario logo and a serial number depicting which of the 100 scheduled to be built that particular car is. 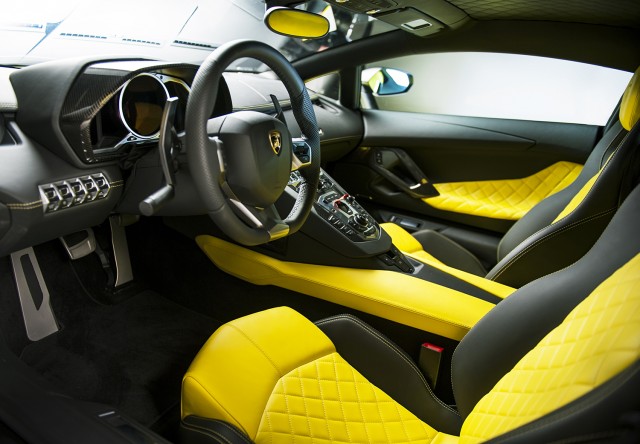 So it’s just an anniversary edition with a numbered dash plaque and a bunch of other tschotskes, right? Not quite: Thanks to some finagling with the ECU, Lamborghini’s engine wizards managed to extract an extra 20 horsepower out of the 6.5L V12 for a grand total of 710hp (or 720 metric horsepower, hence the occurrence of that number in the name). As with the regular Aventador, engine power reaches all four wheels through a single-clutch 7-speed paddle-shift transmission. The claimed 0-62 mph is 2.9 seconds, while top speed is a whisker over 217 mph.

No word on how much of a premium the Anniversario will command over a regular Aventador, but we’re guessing it will be an amount of money that will buy a pretty nice everyday, uh, peasant car. But before dismissing it, ask yourself this: Do I really want to risk having to wait ‘til 2038 for a shot at the next Lamborghini anniversary model, which will probably be powered by a supercharged biodiesel flat-twin hybrid and a speaker that plays V12 sounds? If your answer is “No,” you might want to place an order with your friendly neighborhood Lamborghini retailer pronto (We’ll ignore the fact that both 50° Anniversario edition models are probably already sold out, okay?). 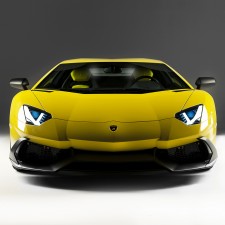 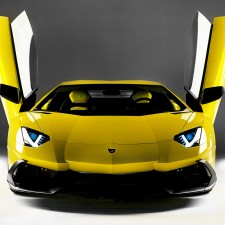 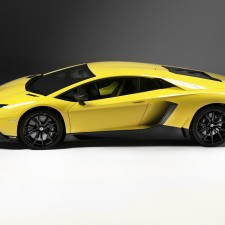 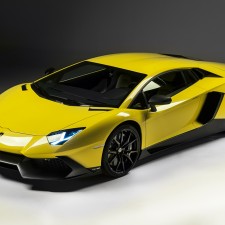 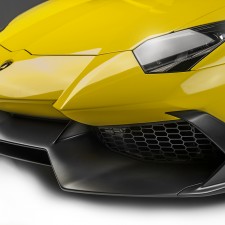 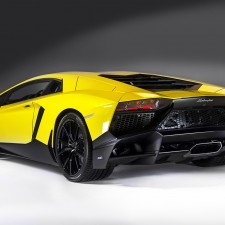 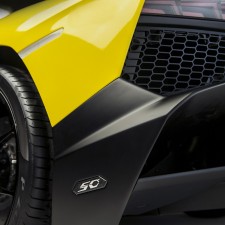 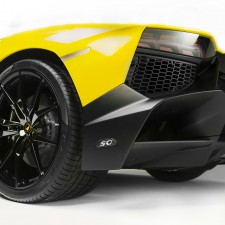 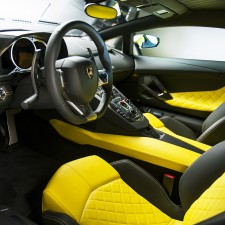