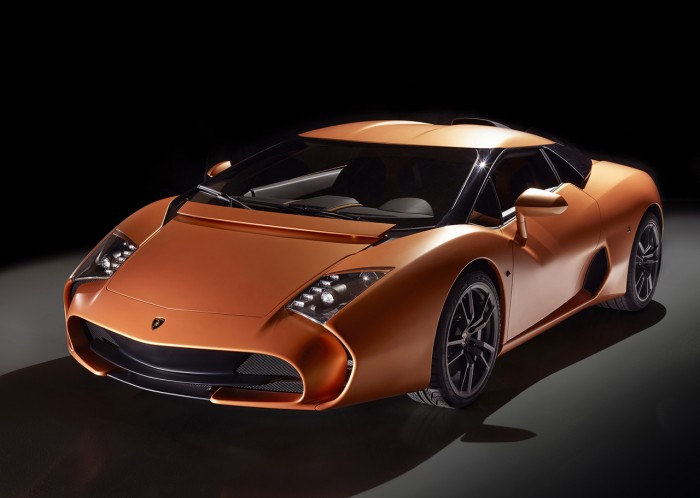 When you think of a Zagato-bodied sports car, a front-engine Aston Martin or Alfa Romeo is probably the sort of machine that springs most quickly to mind. Of course, the iconic Italian coachbuilder has worked on cars from numerous other brands over the years, many of which had engines behind the driver. And the latest mid-engine Zagato creation is built on the bones of Lamborghini’s recently retired junior model, the Gallardo. 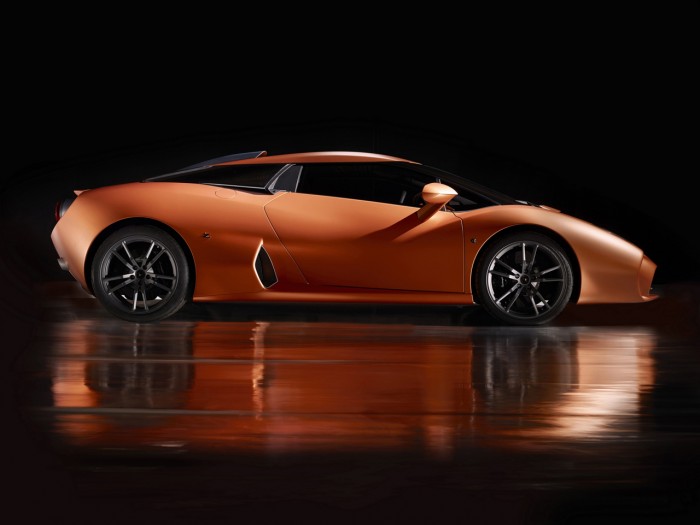 Officially titled the Lamborghini 5-95 Zagato (the 95 being a nod to the number of years Zagato has been in business), this satin orange sexpot maintains the Gallardo’s basic low-slung, long-nosed wedge profile, but alters many of the details. The catfish-esque front features considerably softer curves than the Gallardo’s angular face, while the side treatments are also much more organic in shape. The rear features dual round LED taillamps and quad tailpipes that poke right through the bodywork, while the roof (which appears to be “floating” thanks to the gloss black pillars and sail panel air scoops) incorporates Zagato’s signature “double bubble” cross section, which sandwiches a top-mount air scoop for the engine. 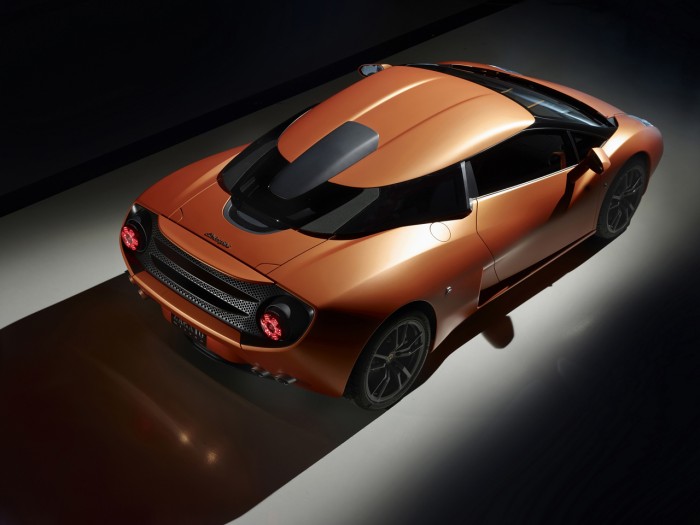 As for the engine itself, it’s the same 5.2L V10 found in the last run of LP570-4 Gallardos, mated to the same single-clutch 6-speed paddle-shift transmission and all-wheel-drive system. The interior is also untouched, save for a few upholstery color and texture tweaks. But that’s fine by us, especially if we had legendary Lamborghini chief test driver Valentino Balboni as a copilot like the lady in this video did. 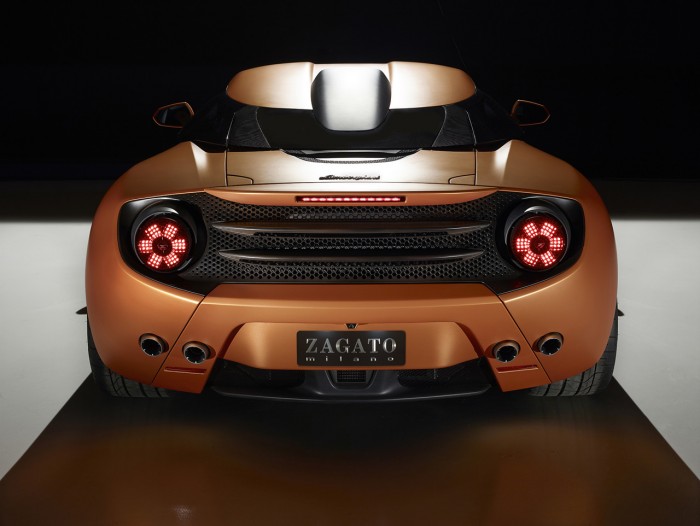