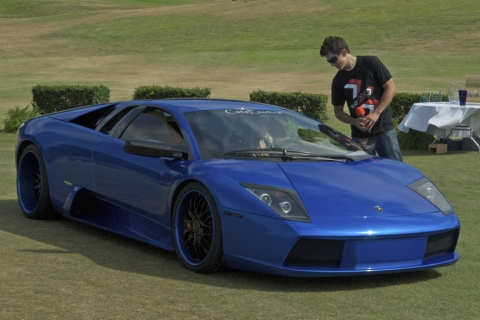 This past Friday marked the first annual La Dolce Vita Automobili event at Black Horse Golf Course, held during Monterey Car Week, as an exhibition of fine Italian exotics and classic automobiles. Sub5zero was honored to present this year’s award for Best Custom Exotic. The 2009 recipient was none other than a 2003 Lamborghini Murcielago owned by Kevin Cornwell, of Cats Exotics, a dealership from Seattle, WA that specializes in exotic car sales. 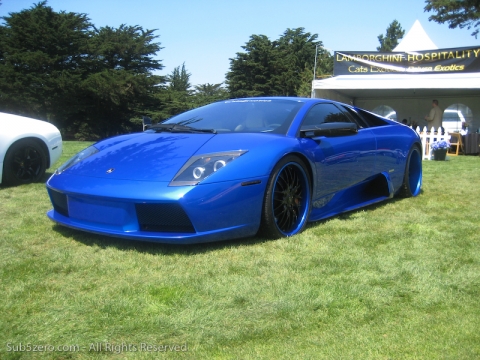 Kevin purchased the car from Alex Shen, who owns and operates the tuning mecca SP Engineering of City Of Industry, CA. It’s Alex’s job to make cars stand out, go faster, stop better, and look good doing it. Since Alex owns a performance shop, this car was probably stock for as long as it took to unlock the car. A catless exhaust from MS Racing was installed, adding mid-range and top-end punch, along with a sound that can only be described as soul-shattering. Revving his car on the lawn seemed to stop the wind, and everyone looked around to find the source. 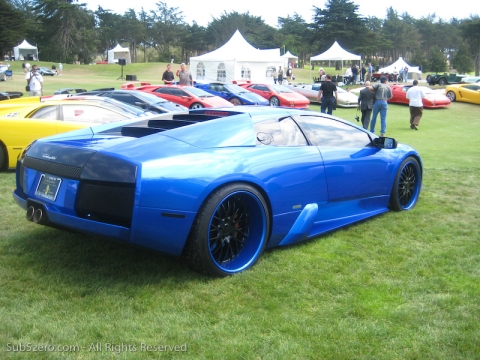 A big brake kit from Brembo was installed as well. The brakes were too big for the stock wheels, so of course it made for an easy excuse to put on some new wheels. The two-tone finish on the wheels fits with the overall color scheme of the car, and they are stunning. A 1/2″ suspension drop makes the car not only look mean, but improves the handing. Kevin bought the car from Alex the way we see it today. He has had countless people make offers on it, and one customer wanted it so bad he had Cats Exotics build him a copy. 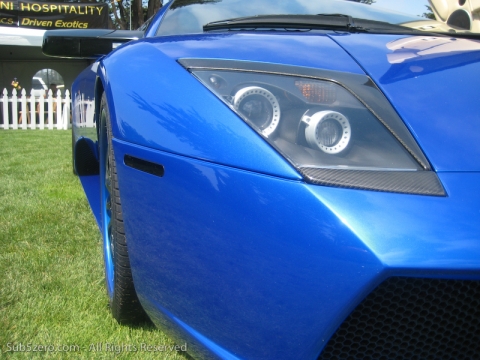 The car comes from the factory in a slick Blue Nova suit. Only 4 cars were ever made in this color with the 6 speed manual. The dash was done in dark blue leather, and the rest of the leather is a bright cream. The contrast looks great. Carbon Fiber was added to select interior pieces, and the result is a subtle hint at the performance this car posseses. 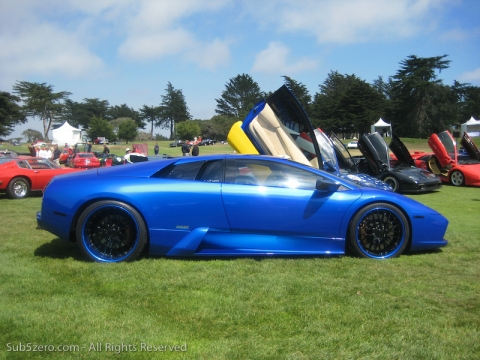 Some people say, “You can never have too much carbon fiber”. But I think that there is a grey area between tasteful and full carbon that can look out of place. This car remains opulent and luxurious inside, with small reminders of what it can do. The carbon-fiber air vents are an espeically cool touch. An Alcantara steering wheel with blue piping keeps the driver in control. 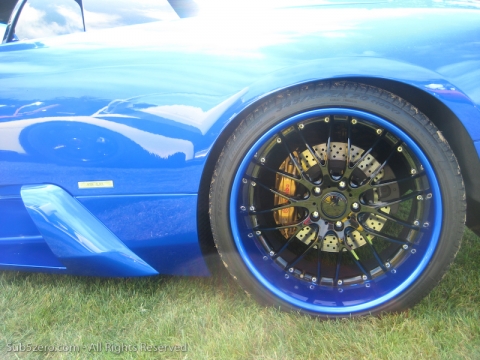 On the outside carbon fiber eyelids were laid over the headlights, and a carbon fiber exhaust housing keeps the heat out of the engine bay. To finish off the look of the car Alex put on a pair of STM wheels, which have since been discontinued. Tinted windows are a must, and blacking out the rear taillights and center-piece makes the back of the car look clean and mean. 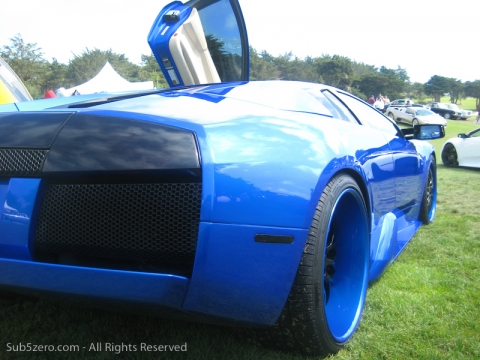 This car is not just fast, but a complete original. It’s exclusivity starts with the color, and then only escalated with every great change that’s made. The color scheme looks incredible, and is displayed throughout the car. The exhaust and brakes tell you it’s not just a trailer queen, and it has the odometer to prove it. Rather, this is a daily driver that just happens to be good enough to win trophies. Kevin has put 22,000 miles on the car, and continues to drive guys with big bank accounts crazy. “I’m going to keep it until I die.” And anyone that sees this custom Lamborghini Murcielago can understand why. 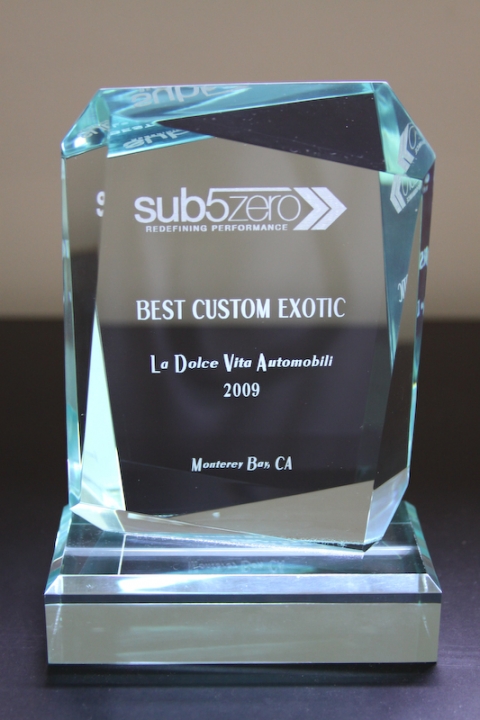