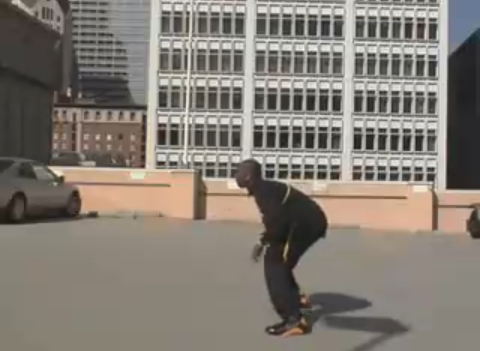 I was checking out some car videos on YouTube the other day and came across a clip I saw quite a while ago but never thought to post. Now, with Kobe Bryant having recently captured the NBA Finals MVP and winning the NBA Championship with the LA Lakers, I thought it might be timely. And the Aston Martin in the video makes it relevant, right?

If things went badly, there would have been no Kobe and no Lakers taking home the Larry O’Brien. Anyway, check out the video of Kobe jumping a speeding car. The man has a 38″ vertical leap so he makes it looks easy. However, also check out the videos of some copy cats— one who got it done in impressive fashion and another whose day ended in tragedy.

There is a caveat to all of this… And that is the controversy over these videos and whether they are real or fake. Would Kobe really risk his career and life for a commercial promo and are these kids who mimic him really that brave or that dumb? You decide…