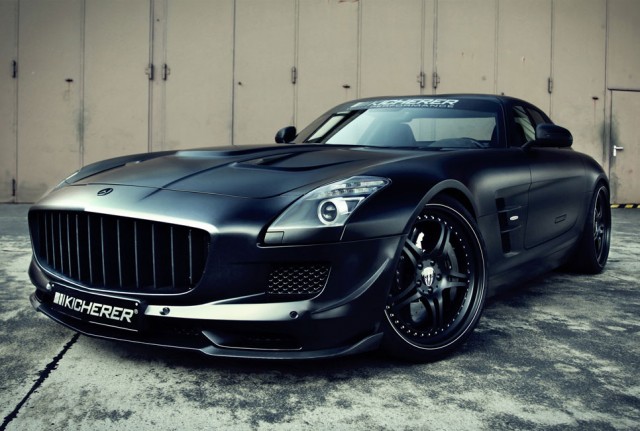 If the trend of “murdering out” a vehicle – combining a black body with black wheels, trim and other exterior components –wasn’tas prevalent in car customizing circles as it is, we’d be all over it like a cheap suit. Unfortunately, it is very much prevalent in car customizing circles and, as a result, we can’t really endorse it without looking like unimaginative lemmings. We don’t like it, but we have to take a stand on something to have any hope of maintaining something loosely resembling credibility.

Having said all that, though, we’re quite smitten with this blacked out Mercedes-Benz SLS AMG from German tuner Kicherer. And while the exterior looks sufficiently sinister, that pales in comparison to (or should we say, is overshadowed by) to what’s going on under the surface. 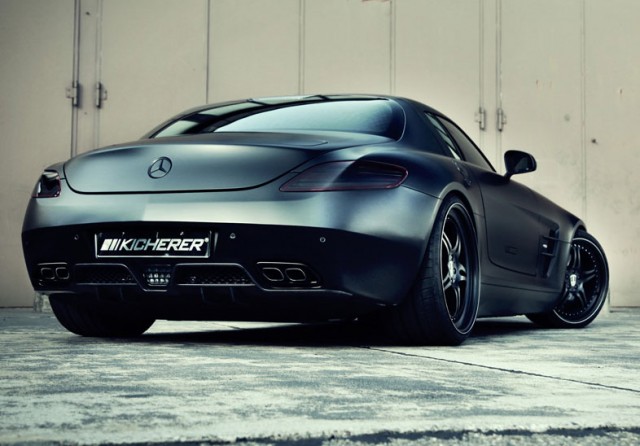 But first, about that exterior. In addition to the matte black finish, Kicherer adds a carbon fiber front splitter, rear diffuser, side grille strakes, vented hood, and a front grille insert that features vertical bars and is inspired by the grille found on the 1952 W194-chassis Mercedes-Benz 300SL Gullwings that competed in events like La Carrera Panamericana and the Mille Miglia. A coilover kit cuts ground clearance by 1.2”, and the wheel wells are stuffed with black 20” alloy wheels in front and matching 21” units in back. Finally, the taillight lenses are smoked to help disguise them when they aren’t activated.

Lift up the doors to climb inside and you’re greeted by additional carbon fiber trim. You’ll also notice a boost gauge on the upper dashboard next to the navigation system screen. Yep, Kicherer has converted this SLS to forced induction, specifically an in-house designed supercharger. It (together with other upgrades, including a stainless steel sport exhaust system) elevates the AMG-supplied 6.2L V8’s output from 563hp and 480 lb.-ft to 690hp and 620 lb.-ft of twist. Now those are numbers worthy of a supercar! 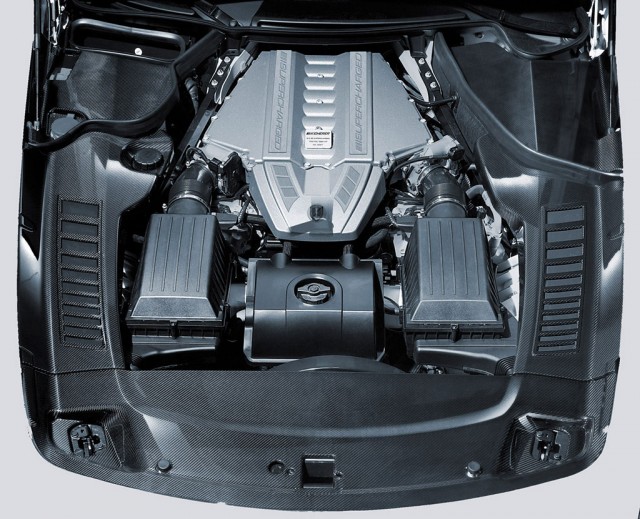 And the performance figures are also supercar caliber. Kicherer claims 0-62 mph runs will take 3.4 seconds, while top speed is (presumably well) in excess of 186 mph. What the company isn’t saying is how much you’ll have to shell out for all these upgrades, though you can bet it will translate to a dollar sign followed by five numbers. Of course, for that kind of money, we’re guessing they’ll let you exercise a little more creativity with regard to the color scheme. 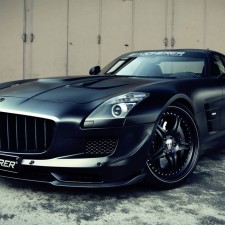 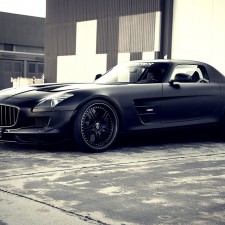 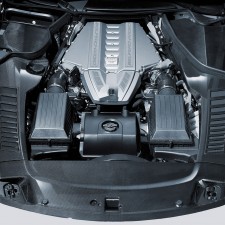 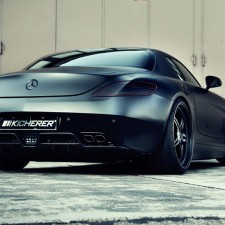 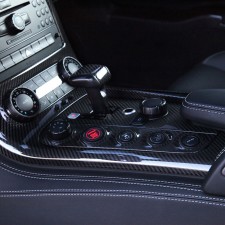 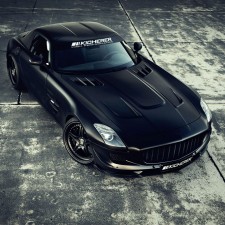 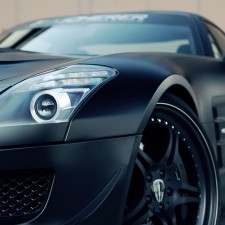 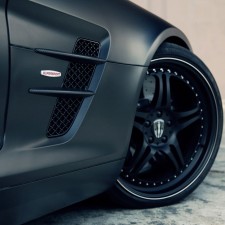 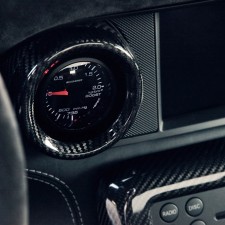 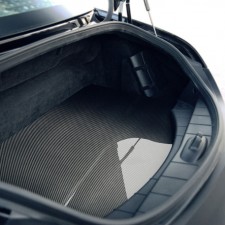 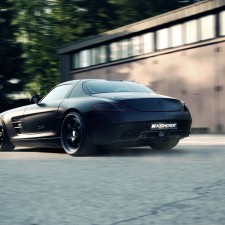