Ken Block’s Hoonicorn RTR is the Most Extreme Mustang Ever 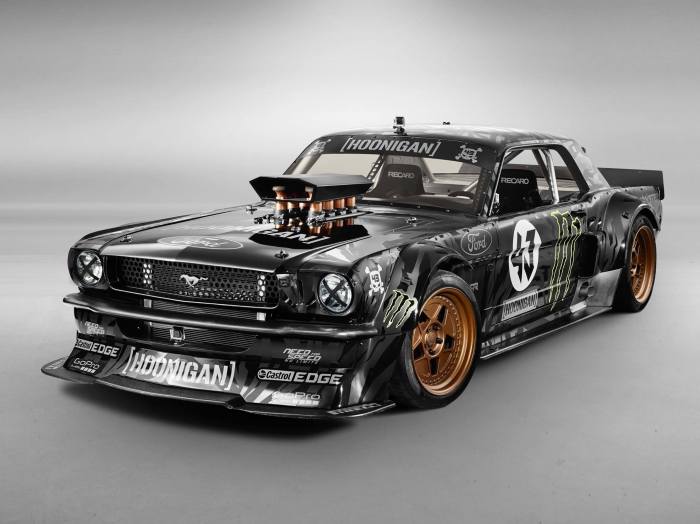 As much as we enjoy Ken Block’s Gymkhana videos, it’s hard to deny that they’ve gotten a little stale of late. Fact is, there are only so many ways you can make sliding and jumping a modified Ford Fiesta rallycross car interesting before you have to start repeating yourself. So it is absolutely high time the head Hoonigan traded it in for something fresh. 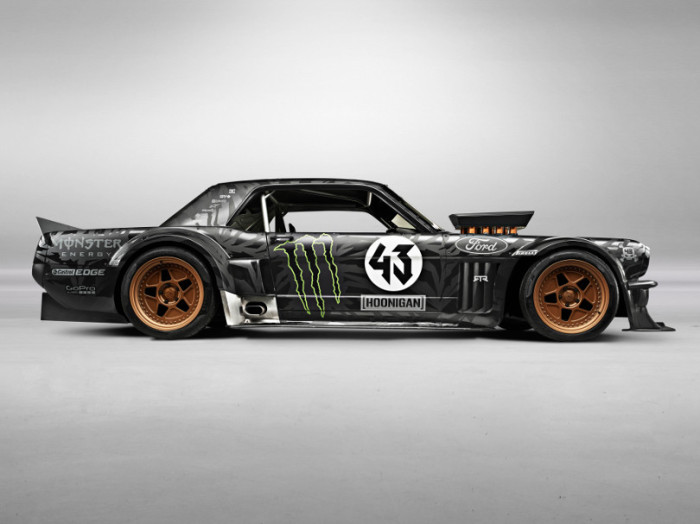 Well, boys and girls, it doesn’t get much fresher than the maddest 1965 Ford Mustang ever built. It’s called the Hoonicorn RTR (Hoonicorn, unicorn, horse, Mustang…do we really have to spell it out any further?), and it has been under construction at ASD Motorsports in North Carolina with assistance from Formula Drift star Vaughn Gittin Jr.’s RTR organization for the last two years. Worth the wait? Um…yeah! Even if you’re just going by looks, this sociopath of a pony car is a winner: The porcine fender flares are filled with equally gimongous wheels and tires, while a front valence and splitter, side skirts, rear diffuser and a Cro-Magnon-simple NASCAR-style rear spoiler further affirm that this is one first-gen ‘Stang that wouldn’t be caught dead with a plastic-food-festooned car hop tray hanging from the driver’s door and a crybaby doll leaning against the front bumper. 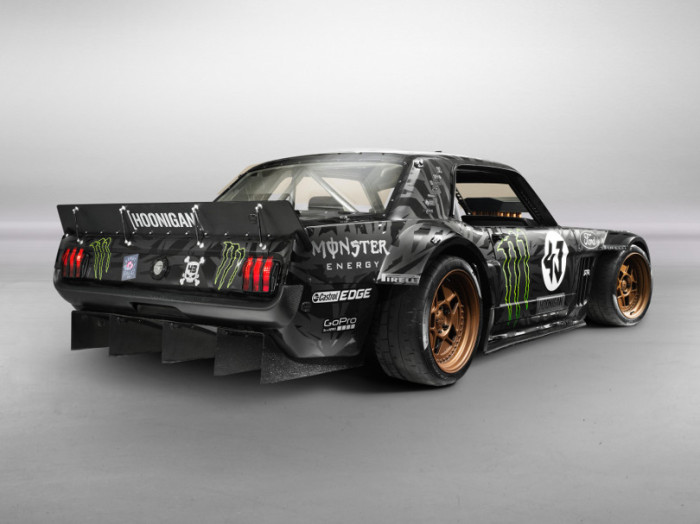 But this brute doesn’t just look the part of a bitumen broiler; there’s a 410 cubic-inch (6.7L) Roush-Yates V8, scoop-topped injector stacks bursting through the hood Alien-style, that’s putting some 845 horsepower to the flywheel. From there, motive force is sent to a 6-speed (presumably sequential) transmission and what’s arguably this beast’s party piece: A one-of-a-kind all-wheel-drive system from Sadev, which gives Block the sort of traction and responsiveness he’s used to in his whips.

The Hoonicorn RTR is currently on display at the SEMA Show, but it’s not expected to be seen in action until Gymkhana SEVEN drops in the not-too-distant future. And if you can’t wait that long, here’s some spy video from the Downtown Los Angeles set to tide you over. 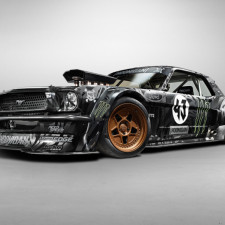 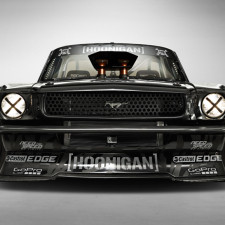 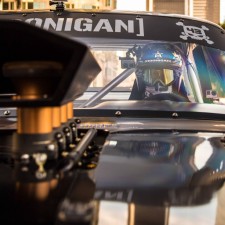 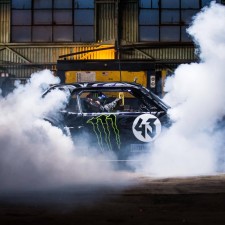 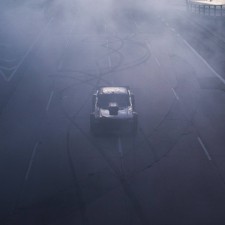