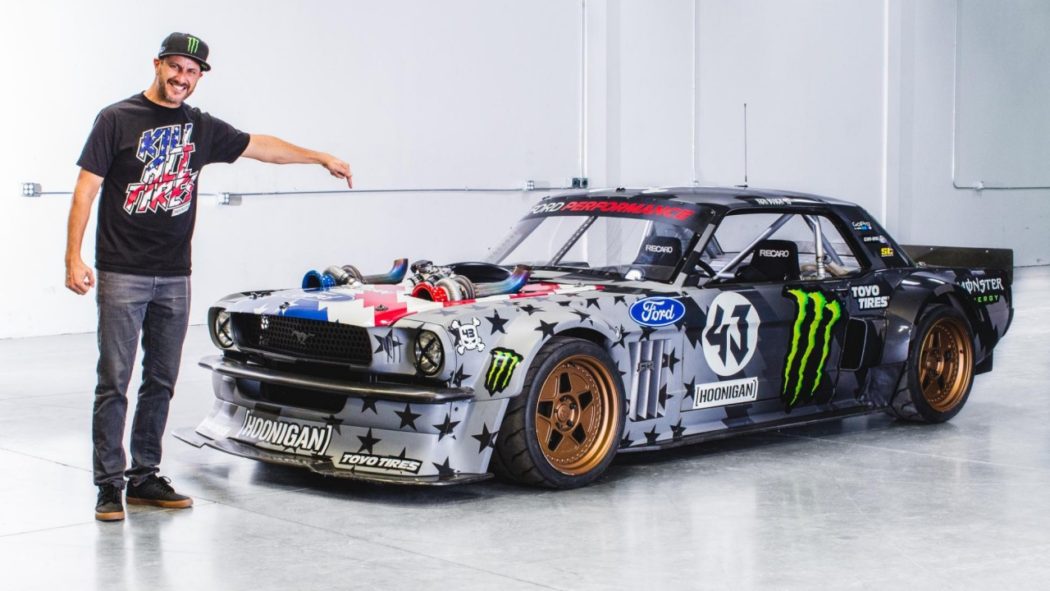 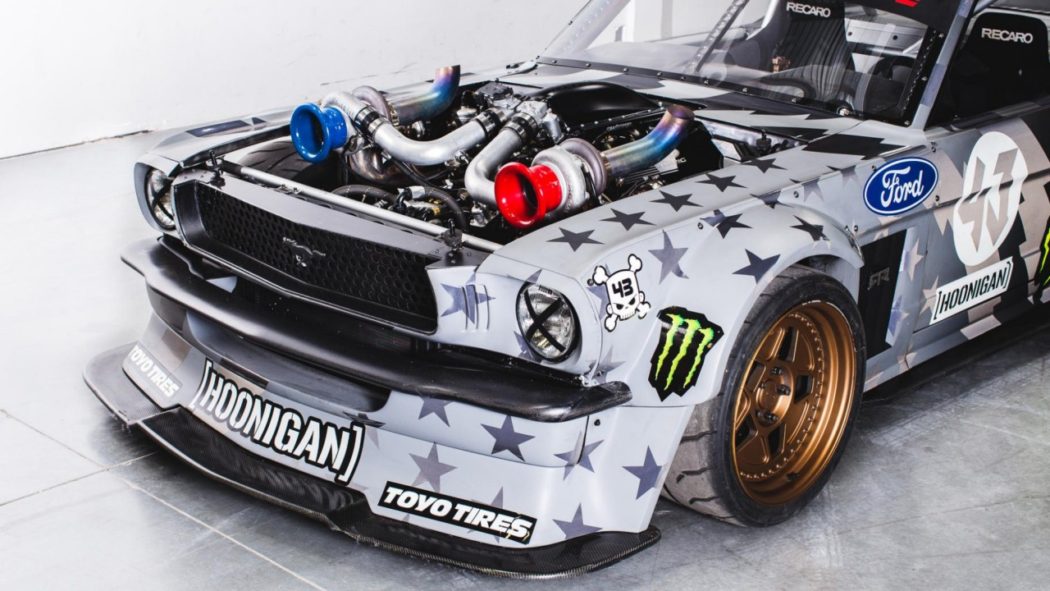 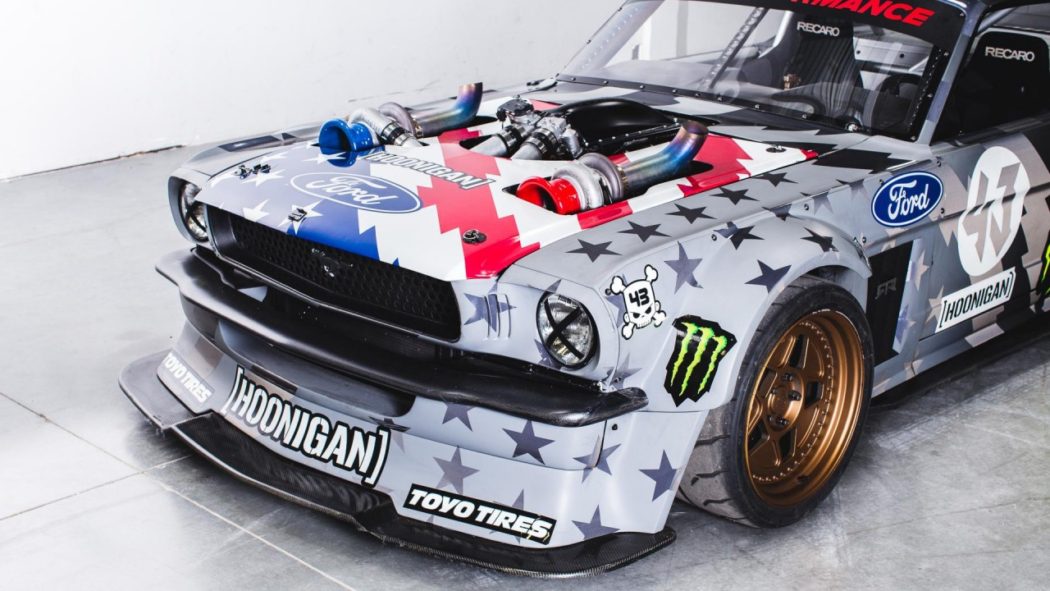 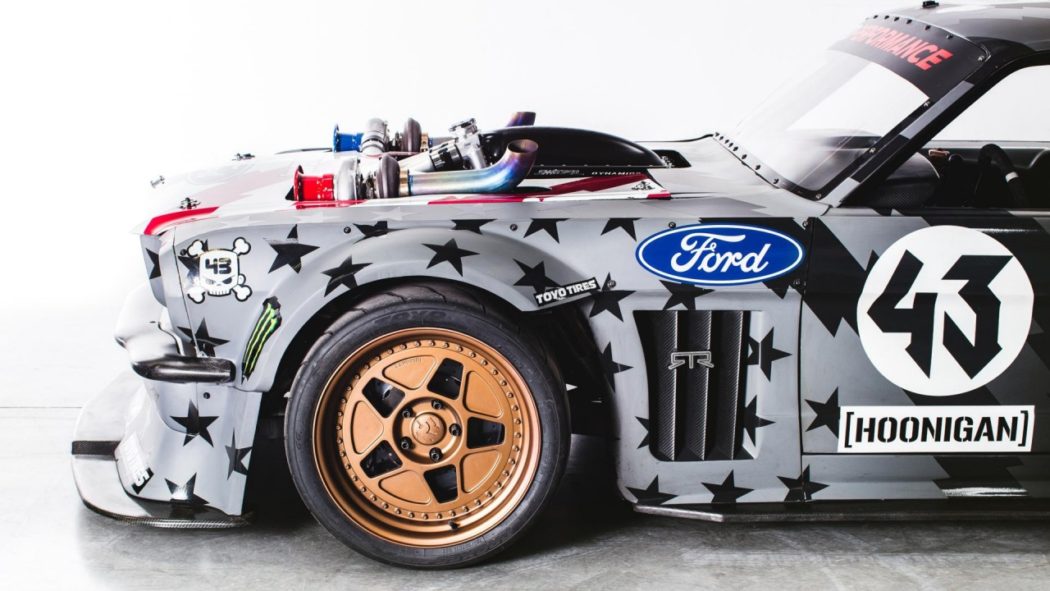 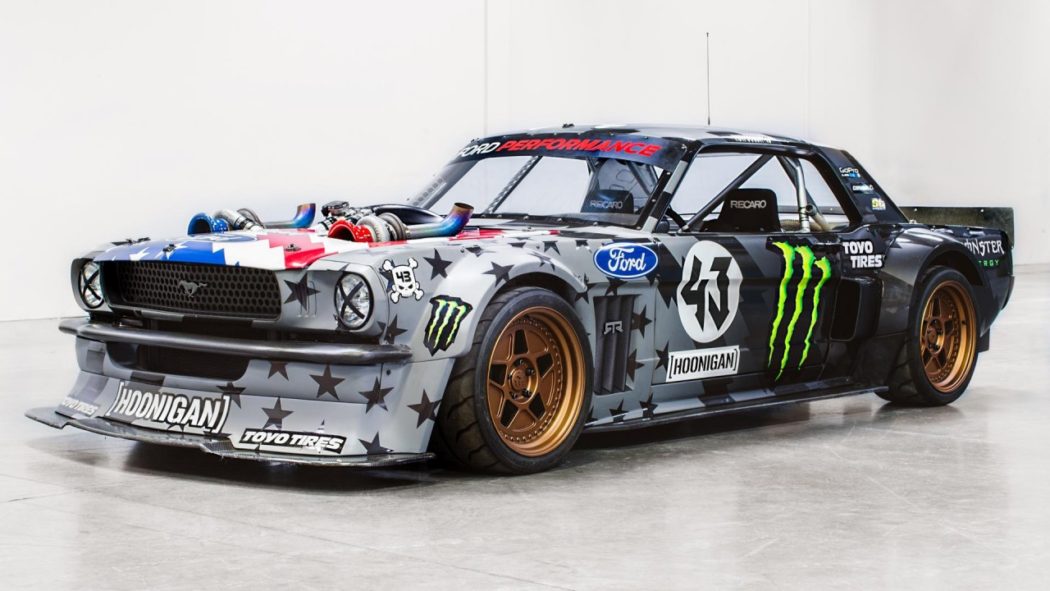 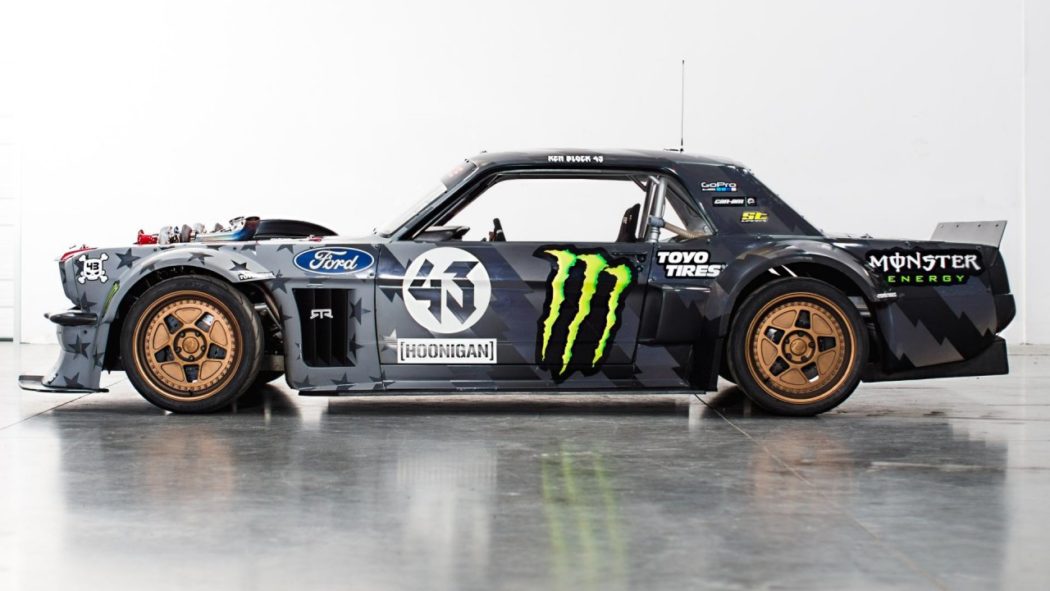 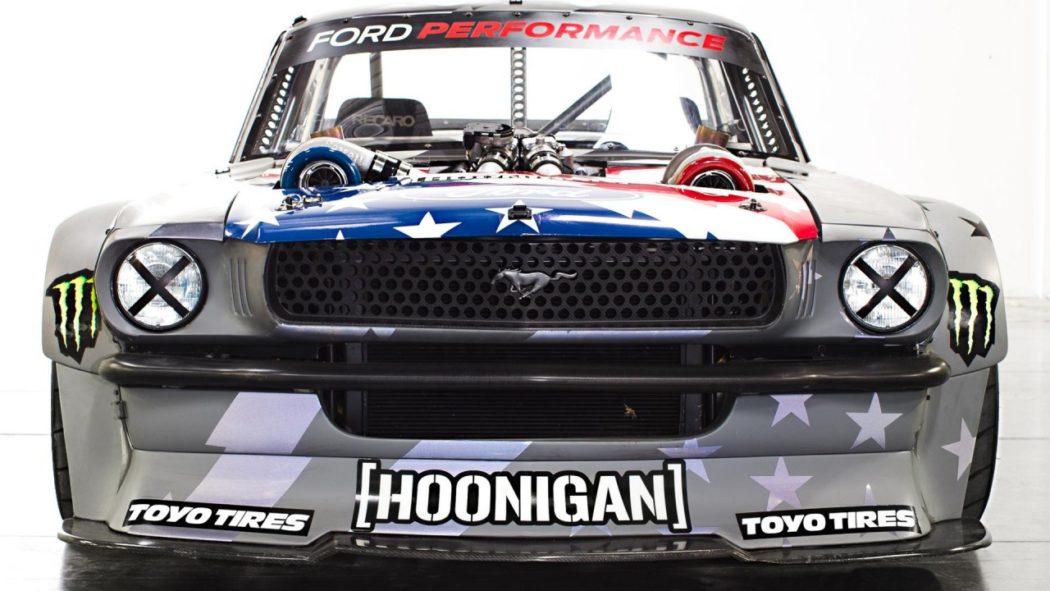 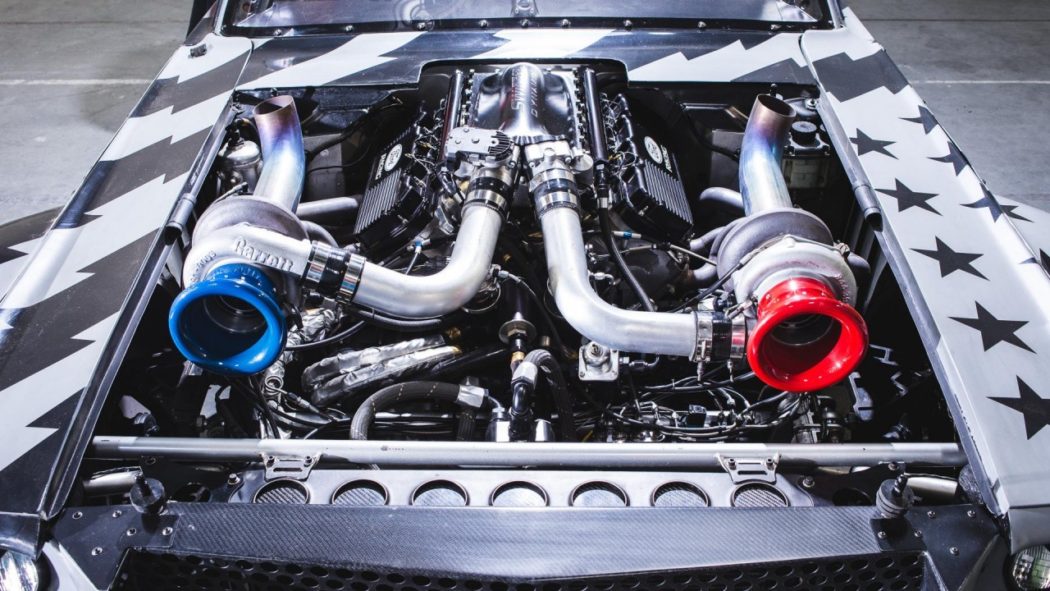 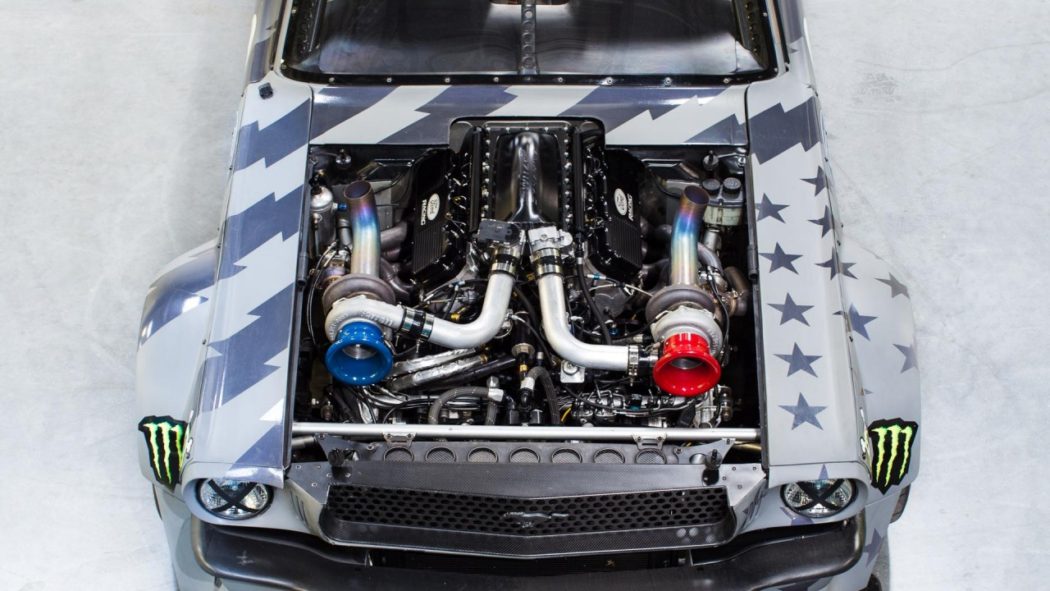 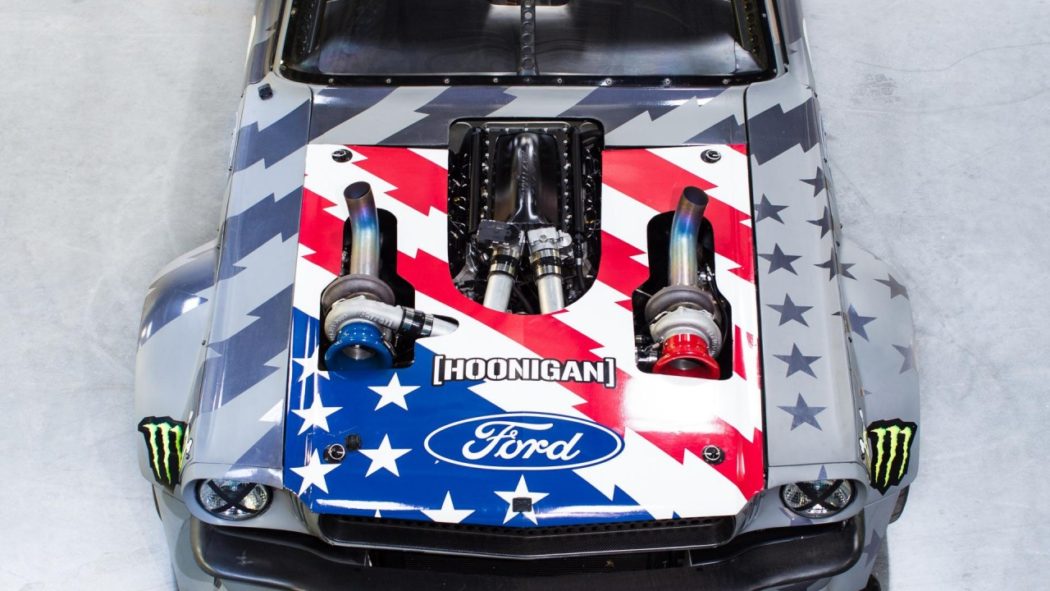 Two years ago, serial tire killer Ken Block introduced the world to the Hoonicorn, a highly-modified, ground-hugging all-wheel-drive 1965 Ford Mustang coupe designed to breathe new life into his Gymkhana video series. Well, it sounds like Mr. Block has some fascinating new plans for the Hoonicorn (which will be revealed on this coming Tuesday, October 18th); however, said plans required an update to meet this new mystery challenge. Enter Hoonicorn V2.

Aside from the revisions to the livery (which incorporates more reflectivity and ‘MURICA), this manic muscle car doesn’t look all that different to how it did before…until you get to the engine compartment. Gone are the big “bug catcher” scoop and the intake trumpets it sat atop, and in their place are a new twin-inlet intake manifold fed by a pair of mammoth Garrett turbochargers that dump the exhaust gases skyward. The configuration itself is crude, yet the execution is anything but; furthermore, the newfound boost (up to 21 psi), along with a switch from gasoline to methanol and some other tweaks, headbutts the NASCAR-derived 6.7L V8’s output from a piddling 850 horsepower to a Bugatti-shaming 1,400 horsepower.

Block calls Hoonicorn V2 the most frightening machine he’s ever piloted. If that’s his take on this monster Mustang, we can’t begin to fathom how violent a journey aboard it would be for yahoos like us.