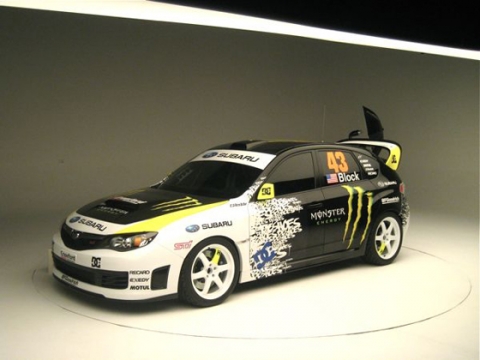 Ken Block is a man of many talents. In the fashion world, he is known as co-founder of DC Shoes, but in the motorsports world, he is quickly becoming a force to be reckoned with in Rally America. Back in 2005 he grabbed Rookie of the Year and in 2008 pulled in 5 rally wins. Recently, he has been adding more to his bag of tricks exhibiting phenomenal stunt driving. Two of his biggest highlights were jumping his rally car 171 feet for Stunt Junkies on Discovery and performing a 70 foot launch down a ski slope for the cover of Snowboarder magazine. But it has really been Ken Block’s Gymkhana Practice video that hit YouTube in November 2008 that made the man an internet icon. You can check out the video below of him showing off some pretty flamboyant driving at the El Toro airfield, a decommissioned Marine base in Irvine, California.

Gymkhana has been around for quite a while, starting off in the 60s and gaining popularity in the 80s in Europe and Japan. Until recently, with the drifting craze taking hold in the US, it has not gotten very much attention in this country. However, it now appears likely to explode. Gymkhana involves the use of a large paved lot with various cones and obstacles that have to be navigated around. Airfields and parking lots make the perfect proving grounds. Usually there are 180 degree, 360 degree and figure 8 turns along with various slalom runs and parking boxes thrown in the mix. Drivers have to maintain complete control while passing through the course as quickly as possible. 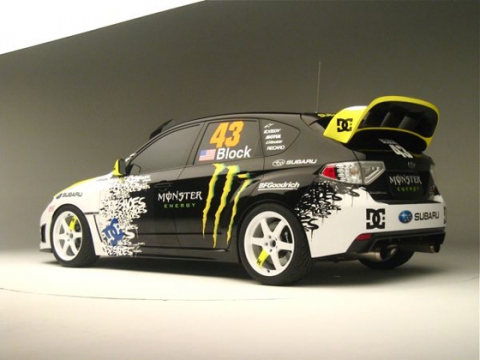 Because of the huge success of the first video, Ken Block prepped for and ran sessions for a second Gymkhana showcase. This time the location was the Port of Los Angeles and was filmed over the course of 4 days. He recently held a press event as a preview for the release of the Gymkhana 2 video, which will air on the DC Shoes website in June 1st. An all new car, a 2009 Subaru Impreza WRX STI, was built for the event by Crawford Performance. Check out the teaser video below showing all of the custom work that was done to the car to get it ready for the video.