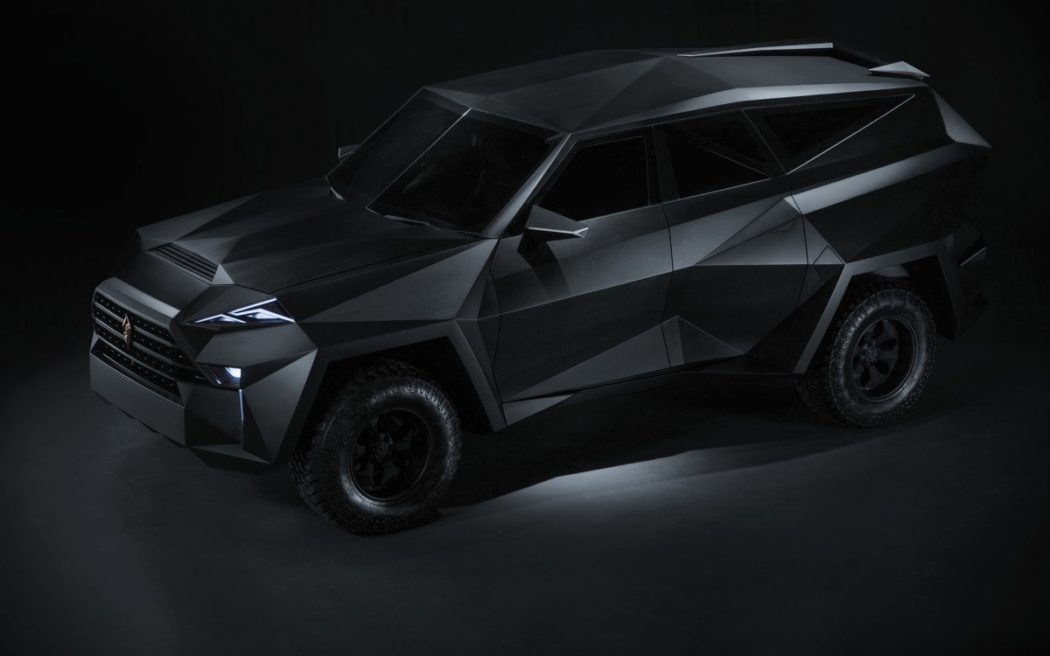 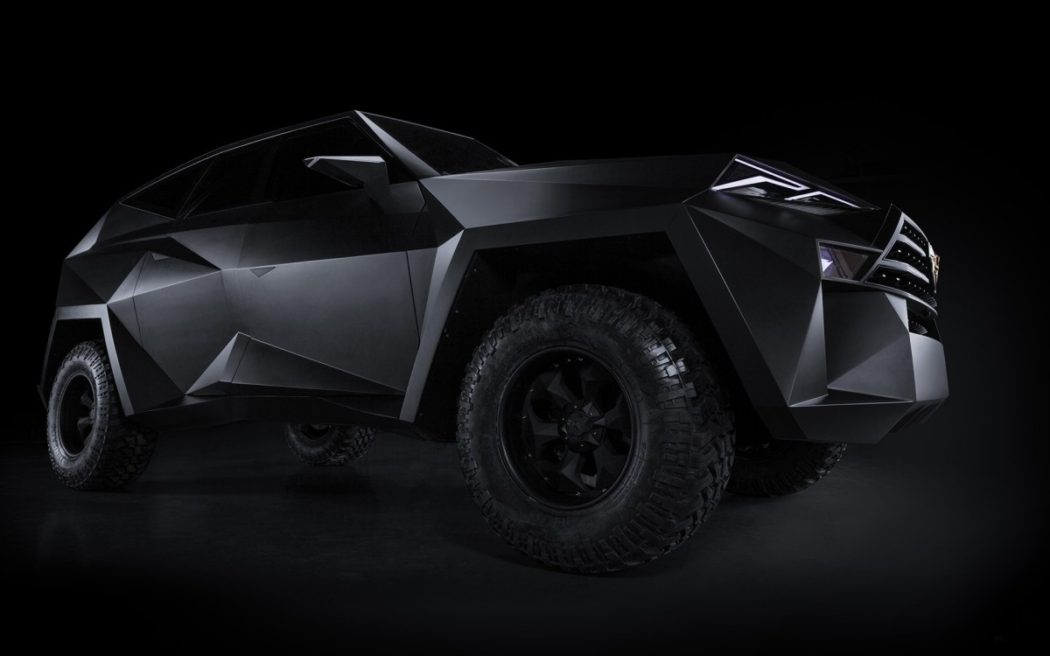 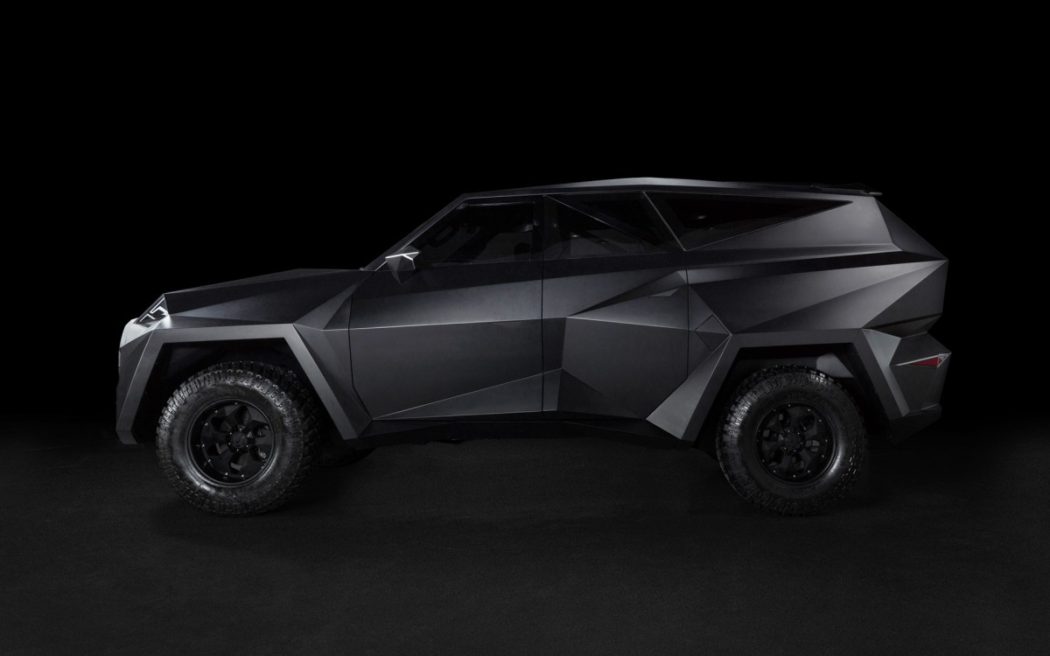 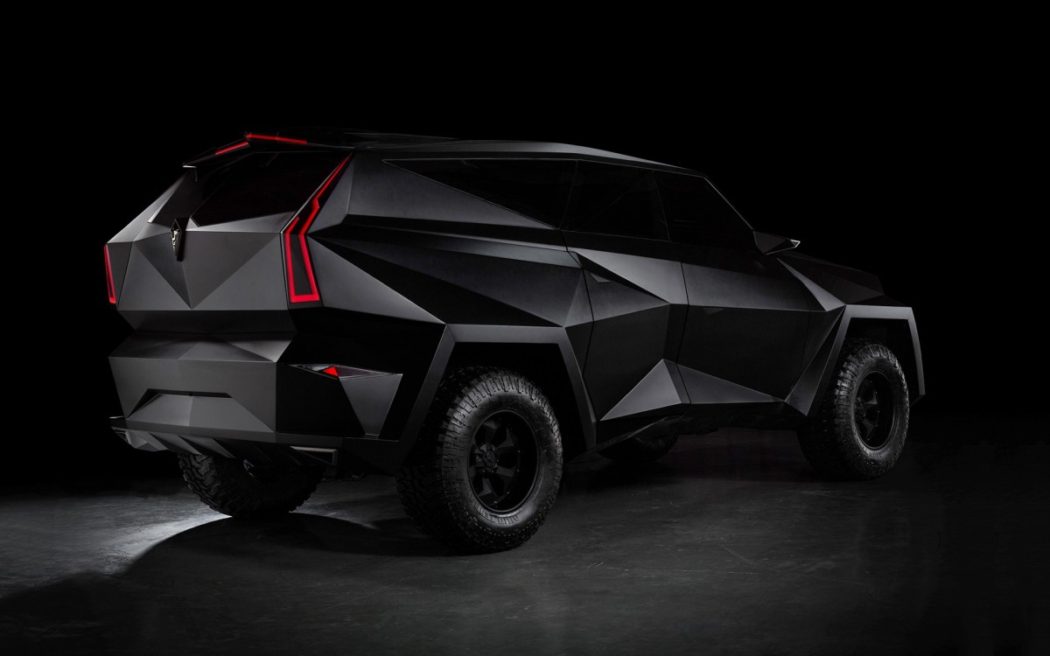 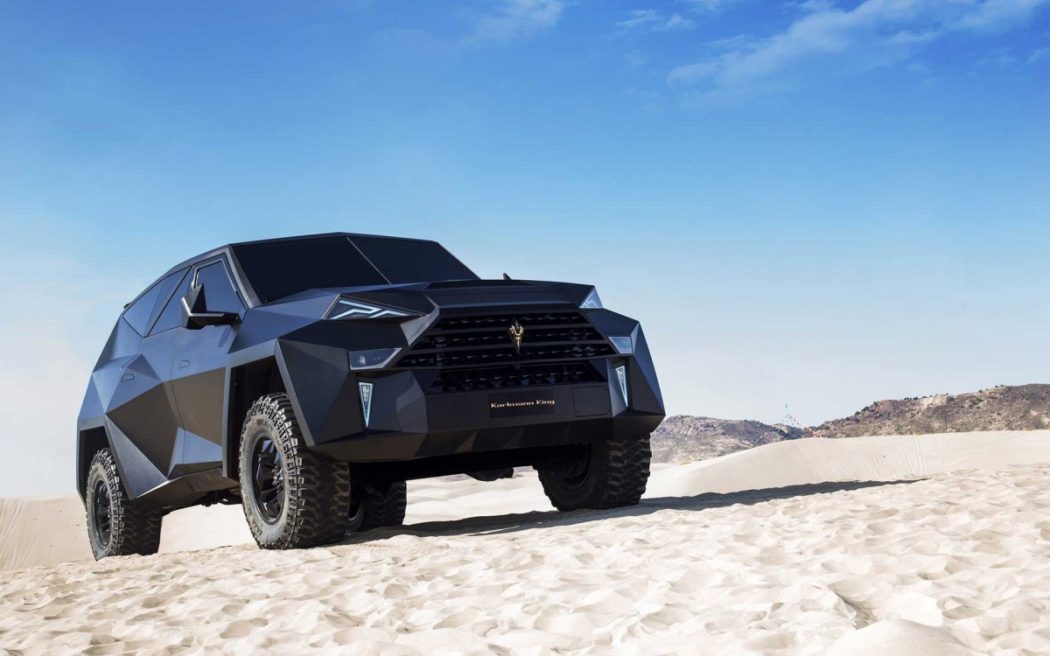 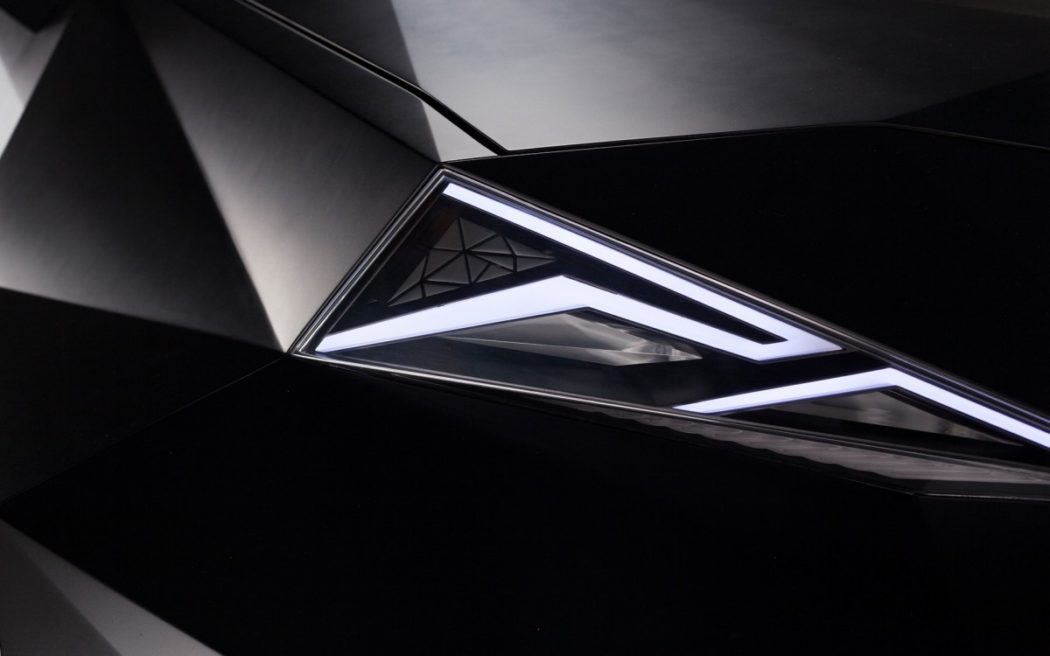 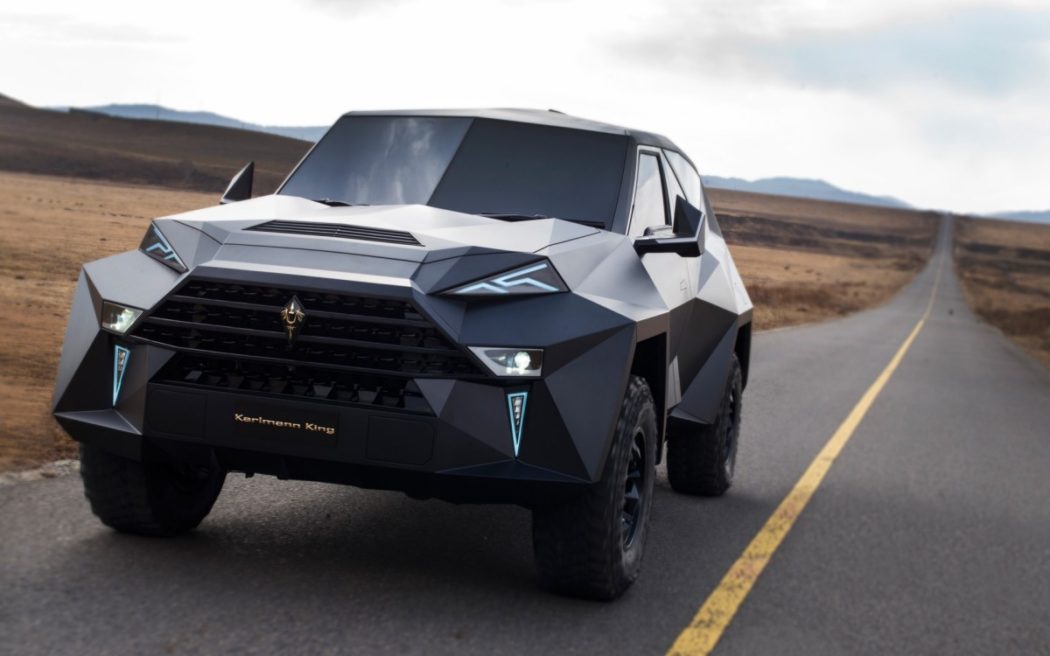 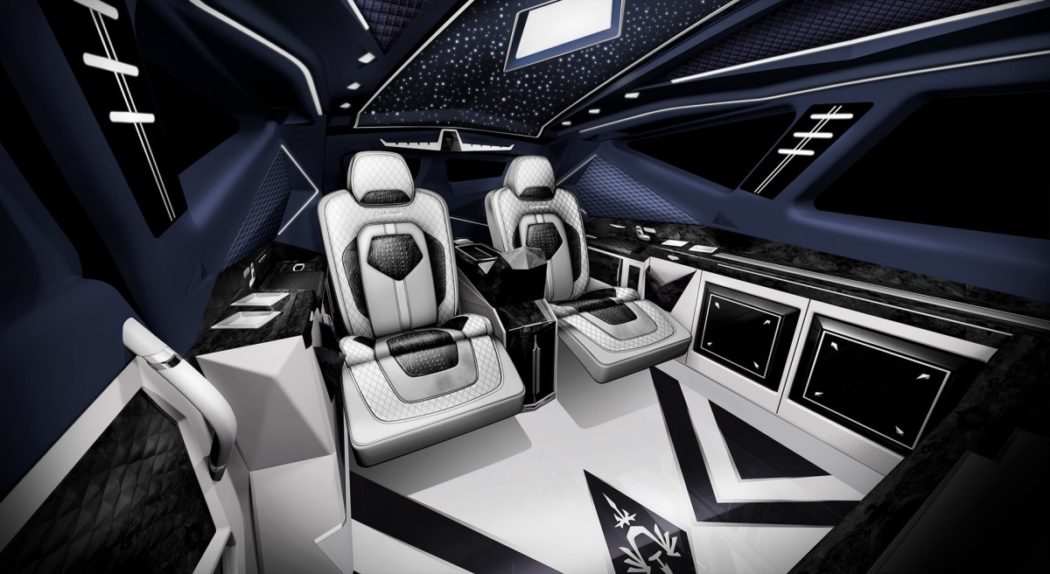 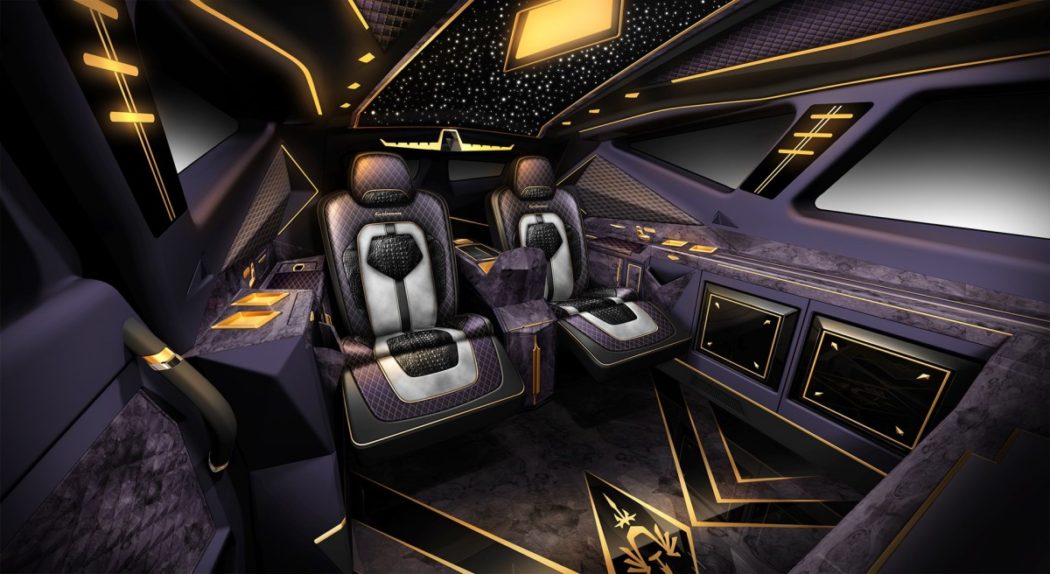 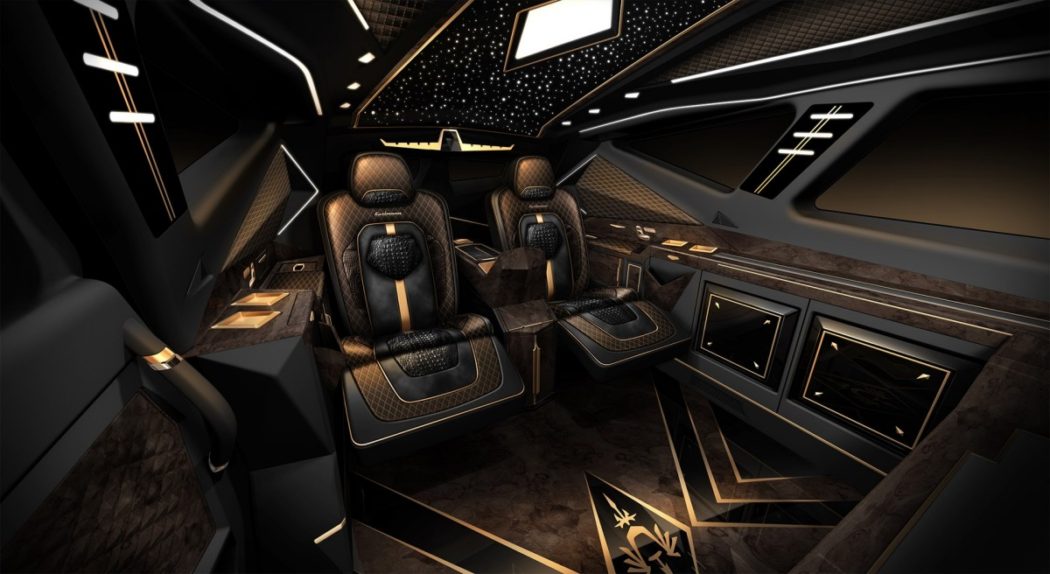 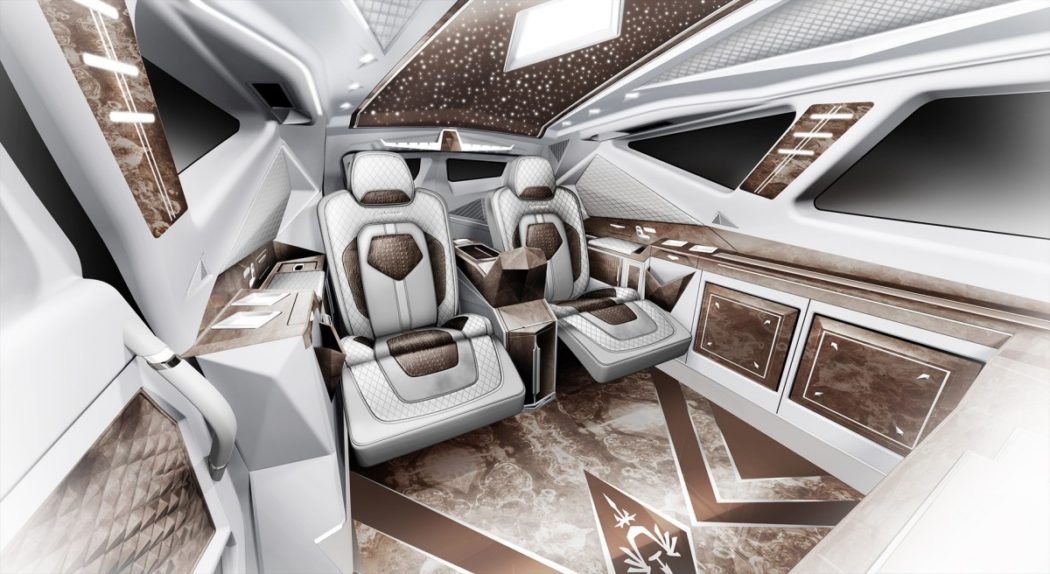 The rise of the over-the-top, angular coachbuilt SUVs has been pretty meteoric over the last decade or so. Companies like Dartz, Conquest Vehicles and Rezvani have all discovered that building boxy, menacing looking offroaders with luxurious interiors is exactly the sort of mechanized milkshake that brings all the rich boys (particularly ones living in crime and violence heavy corners of the globe, in which case they probably buy armored versions of those vehicles) to the metaphorical yard. Now there’s another player stepping into the breach: The Karlmann King.

Despite the decidedly Germanic sounding company name, the Karlmann King is actually built on the chassis of the very American Ford F-550 heavy duty truck with power from a 6.8L V10, 6-speed automatic transmission and four-wheel-drive. The custom body is also inspired by decidedly freedom-fortified vehicle, the F-117 Nighthawk stealth fighter, as there’s not a curved line to be found and the matte black finish looks like it could absorb radar. Then again, since Karlmann quotes a top speed of just 87 mph for this 10,000 lb. behemoth, we doubt very many King drivers will be getting speeding tickets.

Of course, we suspect most King owners will be driven rather than driving themselves, as the rear compartment can be fitted with a headspinning plethora of colors and materials for the two rear seats (The vehicle can be fitted with up to seven total seats.), plus a widescreen TV, a PlayStation 4, a mini-fridge and a Nespresso machine. Oh, and bulletproofing is also available, though that will add significantly to the $2 million base price, but we suspect members of the Karlmann King’s target clientele won’t so much as blink at that number.