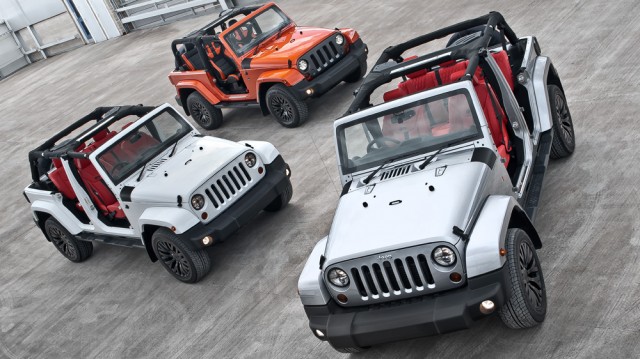 The Jeep Wrangler is one of the last rough-and-tumble old school SUVs in production. It’s not based on a family sedan chassis fitted with taller springs. It’s offered with a variety of four-wheel-drive systems with low-range transfer cases. And you can fold down the windshield, fold the fabric top (or remove the available hardtop), and even remove the doors for maximum visibility when crawling your way over tricky terrain.

But what if you love the current JK-series Wrangler – particularly its open-air convertibility – but you want more posh interior and exterior trimmings? Then you get on the horn with the folks at Kahn Design. That crafty band of sport utility vehicle specialists has just the components to get your archetypal Jeep ready for warm weather cruising. 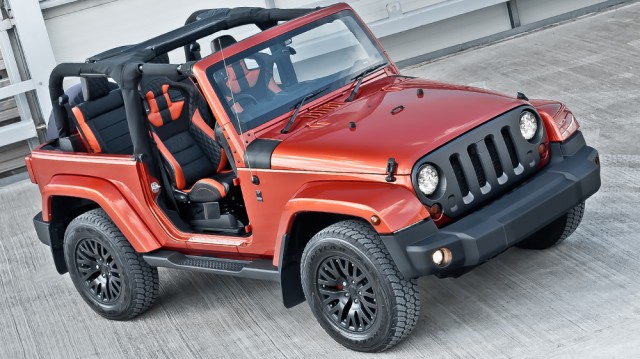 Dubbed the CJ300 Summer Collection, the trio of Wranglers seen here – one short-wheelbase two-door and a pair of long-wheelbase four-door Unlimiteds – all share Kahn’s RS 20” alloy wheels finished in satin black, mud flaps, satin black hood-to-cowl filler panels, and a spare tire cover from Kahn’s Chelsea Truck Company line. The two-door has also been fitted with the company’s custom four-slot grille assembly. Throw in the fact that the doors and roofs have been removed, and you have a gaggle of sharp looking 4x4s that just beg to be cruised along the beach.

But if you plan on spending some time in the sand and/or surf, be sure to wash and dry off thoroughly before climbing back aboard the Jeep. That’s because the interiors of each of these Jeeps has been made considerably fancier than their stock counterparts. The white and silver Unlimited have each had their stock seats re-covered in red leather with diamond stitching and stripe-like black inserts, while the orange two-door’s front buckets have been replaced by aftermarket racing style buckets that have been clothed in orange and black leather (with the stock rear bench reupholstered to match). All three also feature color-matched leather added to the dashboard and center console, and color-matched gauge faces. So please, leave the seaweed behind, ‘kay? 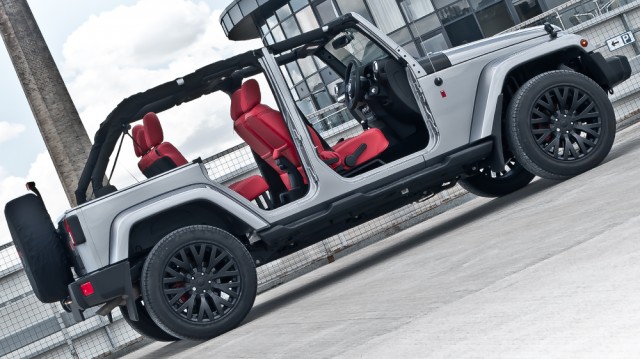 Of course, don’t expect to leave that seaweed behind quickly. Kahn Design has left the Wranglers’ powertrains – be it the 2.4L inline-four, 3.6L Pentastar V6 or the export-markets-only 2.8L turbodiesel inline-four – alone. Which is actually okay by us, because unless you plan on completing in the Baja, the Dakar or some other off-road race, a more powerful Wrangler seems kinda silly.

Speaking of silly, that’s what you would be if you just took the three configurations seen here as your only options for your Summer Collection CJ300. Kahn offers a whole host of interior and exterior color combinations, as well as things like upholstery styles, seat types and more. So what are you waiting for? Get configurating and be ready for summer! 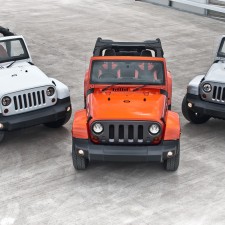 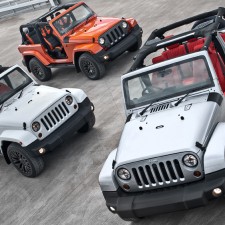 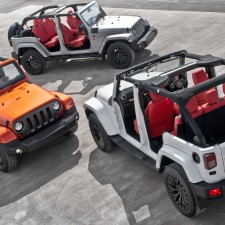 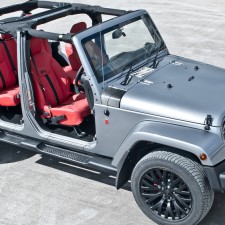 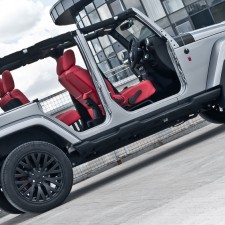 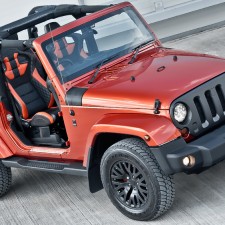 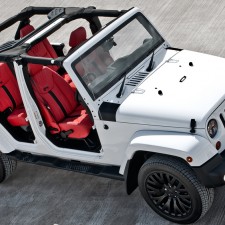