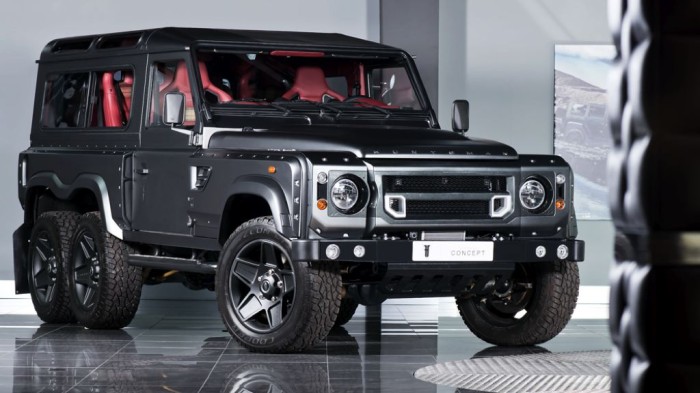 Way back in March of this year, we brought you news of an extreme Land Rover Defender the folks at Kahn Design were announcing at the Geneva Motor Show. Dubbed the Flying Huntsman 6×6, this loopy Landie was to feature tandem rear axles, six-wheel-drive, and an extended nose to accommodate a 430 horsepower 6.2L GM LS3 V8. Just reading the spec sheet and seeing the rendering left us eager for more, and Kahn Design has finally delivered just that. 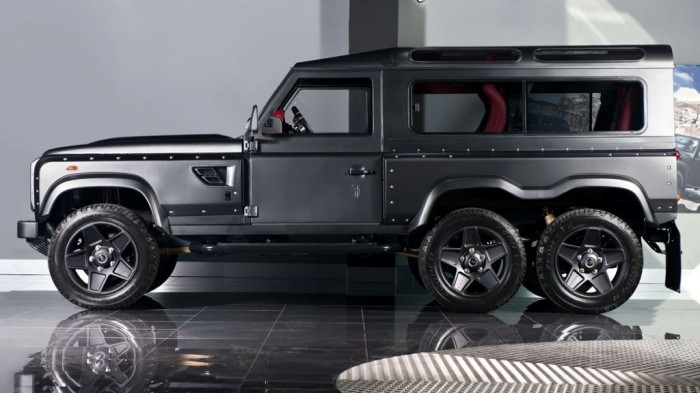 Starting with a Defender 110, the Kahn people added 15.75” between the front axle and the firewall to house the big American V8 and 31.5” to the rear to make room for the extra axle in back. To that axle and the other two, Kahn Design bolted a set of its 20”x9” Volcanic Black Mondial wheels, while the body is adorned with fender flares, custom bumpers, a new grille surround and other trim items. 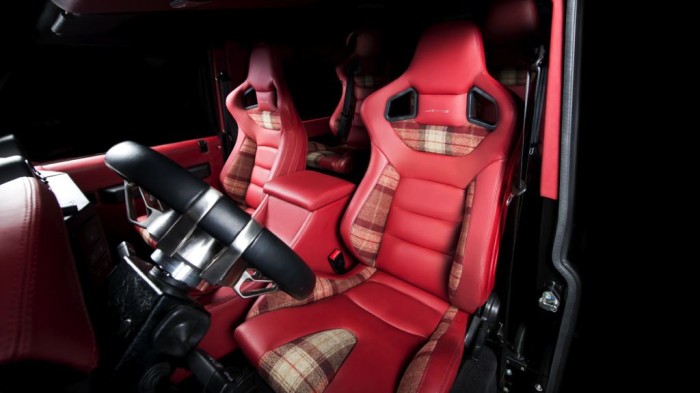 The interior has been comprehensively retrimmed, too, with a foursome of high-backed racing style bucket seats and a third row bench trimmed in a combination of red leather and 100% wool tartan inserts. Not many vehicles manage to be simultaneously absurd and elegant, but we think the Flying Huntsman 6×6 manages to do so (or at least come really, really close). 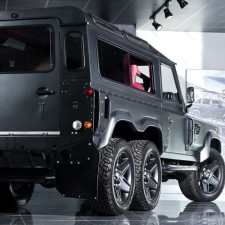 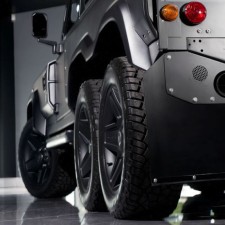 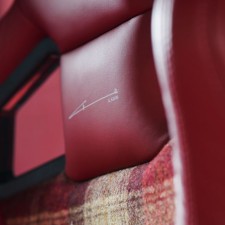