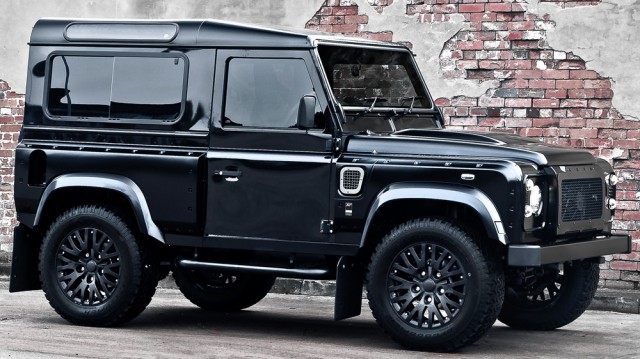 The Land Rover Defender has rugged good looks, a storied legacy and tons of street cred.So, it’s no surprise that English tuner Kahn Design has turned its attention towards this iconic truck. Starting with the 1983 model, designerAfzal Kahn has gone with a wide-body kit with extended wheel arches and introduced mesh covered side and hood vents along with his prototype wing blades and oval tailgate badges.

Illumination gets updated withclear front and rear light lenses, clear side blinkers and LED B6 headlights. The original 18″ wheels are finished here in black, but can be had in a choice of colors. The overall look is menacing and aggressive, with enough chutzpah to show up just about anywhere. 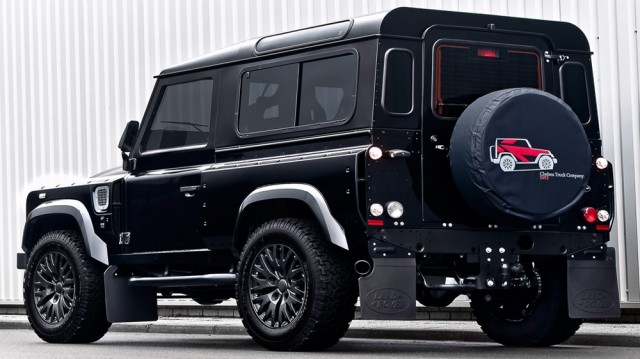 In order to match the je ne sais quoiof the exterior, the interior is appointed with inserts made of Harris Tweed, a pure virgin wool that is dyed and hand wovenby the islanders on the Isles of Harris, Lewis, Uist and Barra in the Outer Hebrides of Scotland. This material has the distinction of being the only fabric in the world governed by its own Act of Parliament and is referred to by A.Kahn as the“the Champagne of fabrics.” 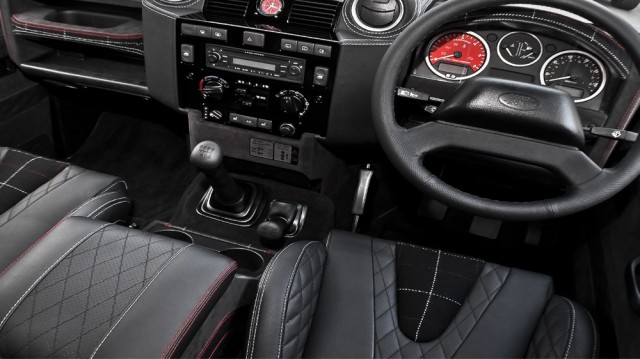 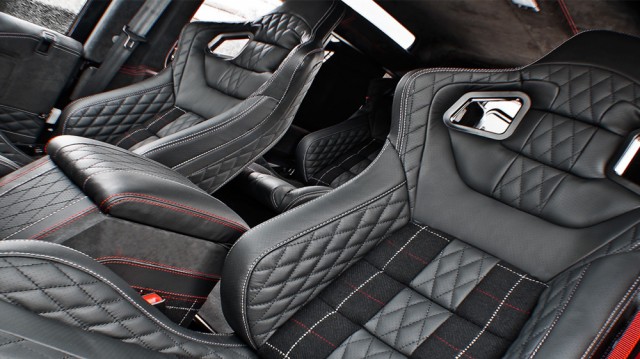 The seats are wrapped in black quilted nappa leather while the instrument panel, roof lining and door trims feature alcantara with red and silver contrast stitching. Overall, the Kahn Design Defender Concept 17 Wide Body is a solid offering from a company that has a proven track record of preserving the heritage of the vehicles they modify while making tasteful modifications. 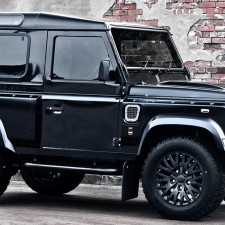 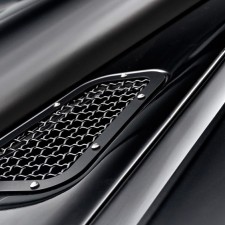 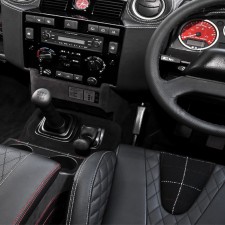 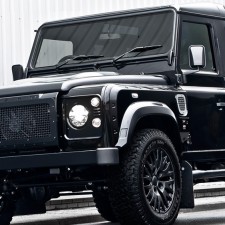 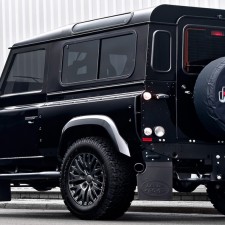 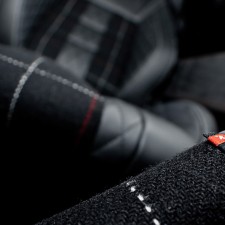 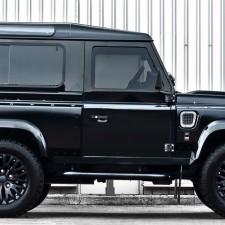 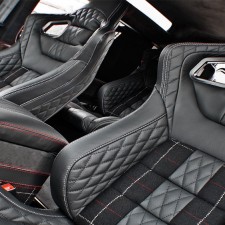 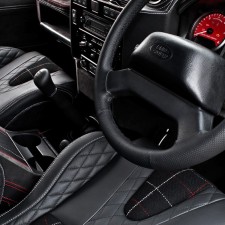 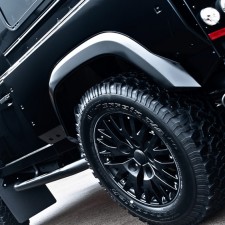 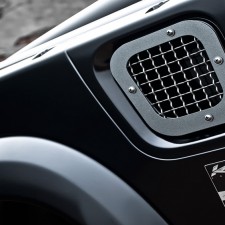