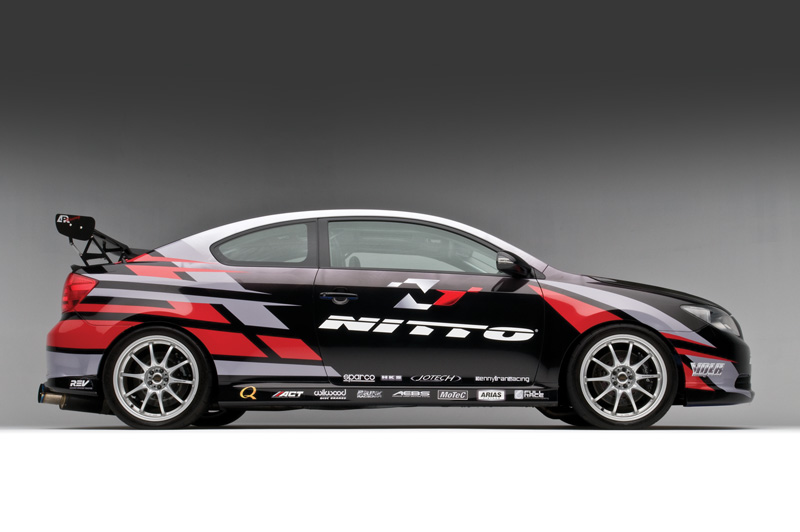 Jotech Motorsports is no stranger to extreme. Renowned engine tuner Kenny Tran has been putting out cars with insane horsepower since 1994. Nitto Tire, a subsidiary of Toyo Tire, has been a proud sponsor for some time now, and this dynamic team has produced some record breaking vehicles. Their car of choice is none other than the Scion tC, a vehicle that has its very DNA grounded in total customization and tuning possibilities.

Back in 2005, the racing team took the Scion tC 2.4L engine and pushed it up to 500 hp. At the time, this was a record for the most horsepower output ever achieved for a marketed vehicle. However, they did not rest on their laurels. In 2007, a new record was set by the same team when they boosted the car’s 161 hp engine all the way up to 739 hp. This car went on to showcase at SEMA in November and then the Detroit and Chicago Auto Shows in 2008. Keep an eye out for more amazing things from Jotech Motorsports, Scion and Nitto Tire.