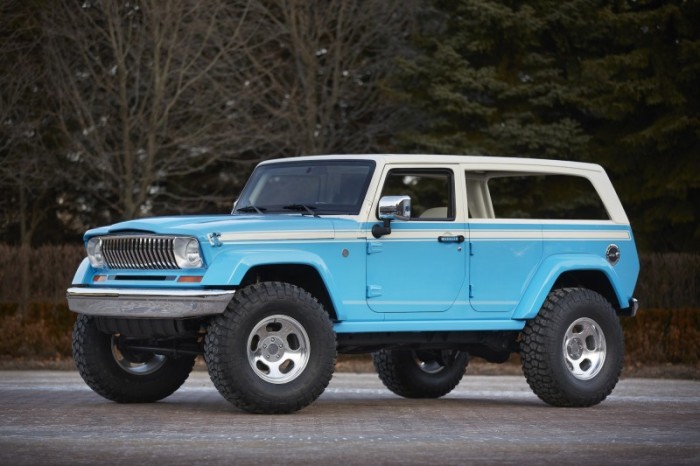 Easter is fast approaching, and that means the annual Easter Jeep Safari in Moab, Utah (This year’s is the 49th one, FYI.) is too. Owners and fans of the originators of the modern SUV converge on the picturesque Western town and surrounding landscape to play in the dirt, catch up with old friends, make new friends and, oh yeah, check out the new concept vehicles Jeep brings to the party. Jeep is bringing no less than seven never-before-seen concepts, and while all are interesting (some more than others), the one that has us most smitten is a baby blue brute called the Jeep Chief Concept. 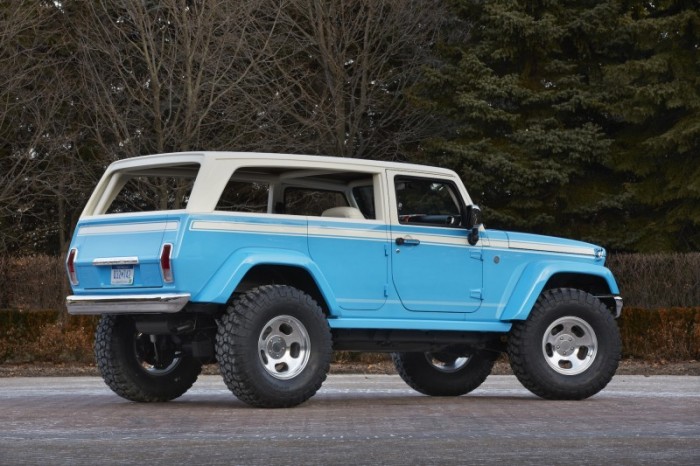 At first glance, the Chief Concept looks to be a heavily modified example of the original Brooks Stevens designed Wagoneer from the 1960s, since it features salutes to that model’s grille, headlights, hood and roofline, while the taillights and tailgate take cues from the Wagoneer-derived first-gen Cherokee that arrived in 1974. Chrome bumpers front and rear and polished 17” “slot mag” wheels contribute further to the retro vibe. However, the vehicle is actually based on a current JK-series Wrangler Unlimited, a fact that becomes evident when you study the shapes of the doors and the windshield. The dashboard and door panels are also JK items, though Jeep designers did cut down the front seatbacks and redecorate the interior in a colorful Hawaiian/Pacific island motif, complete with a Tiki head shift knob for the 6-speed manual transmission. 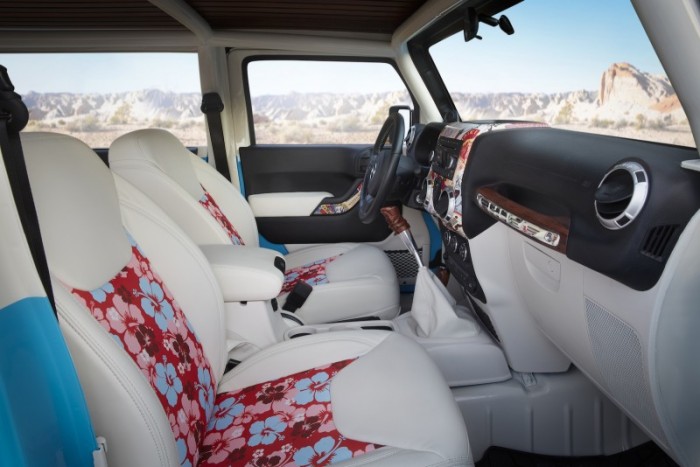 Other mechanical bits include a 3.6L Pentastar V6 inhaling through a cold air intake setup, a Jeep Performance Parts 2” lift kit, Fox Racing Shox dampers, Dana 44 axles with locking differentials, and modified Rubicon rock rails. We can almost guarantee you that the Chief Concept will never see production (even in highly dumbed-down/diluted form), but that’s not to say custom shops and highly talented individuals won’t be able to cook up something similar. In fact, we would be amazed if an aftermarket supplier doesn’t come out with a Wagoneer-style nose kit for the JK Wrangler in the next couple of years… 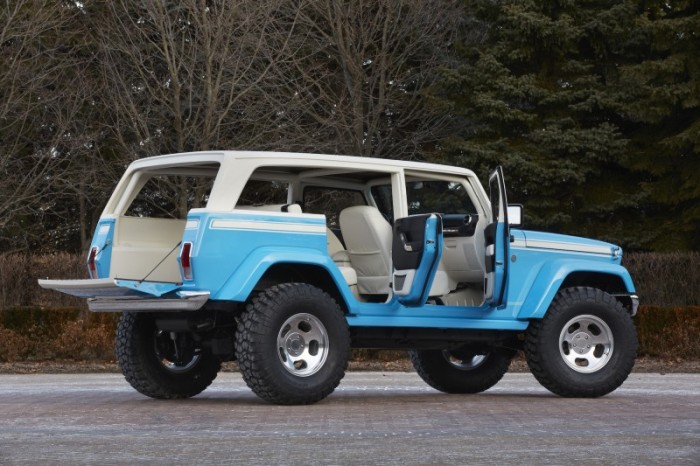 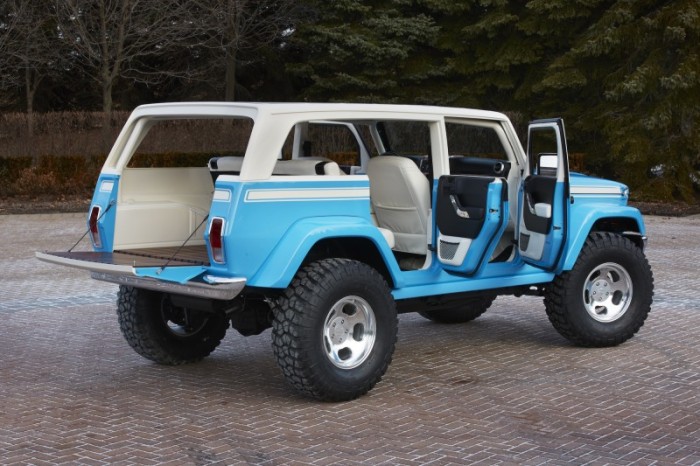