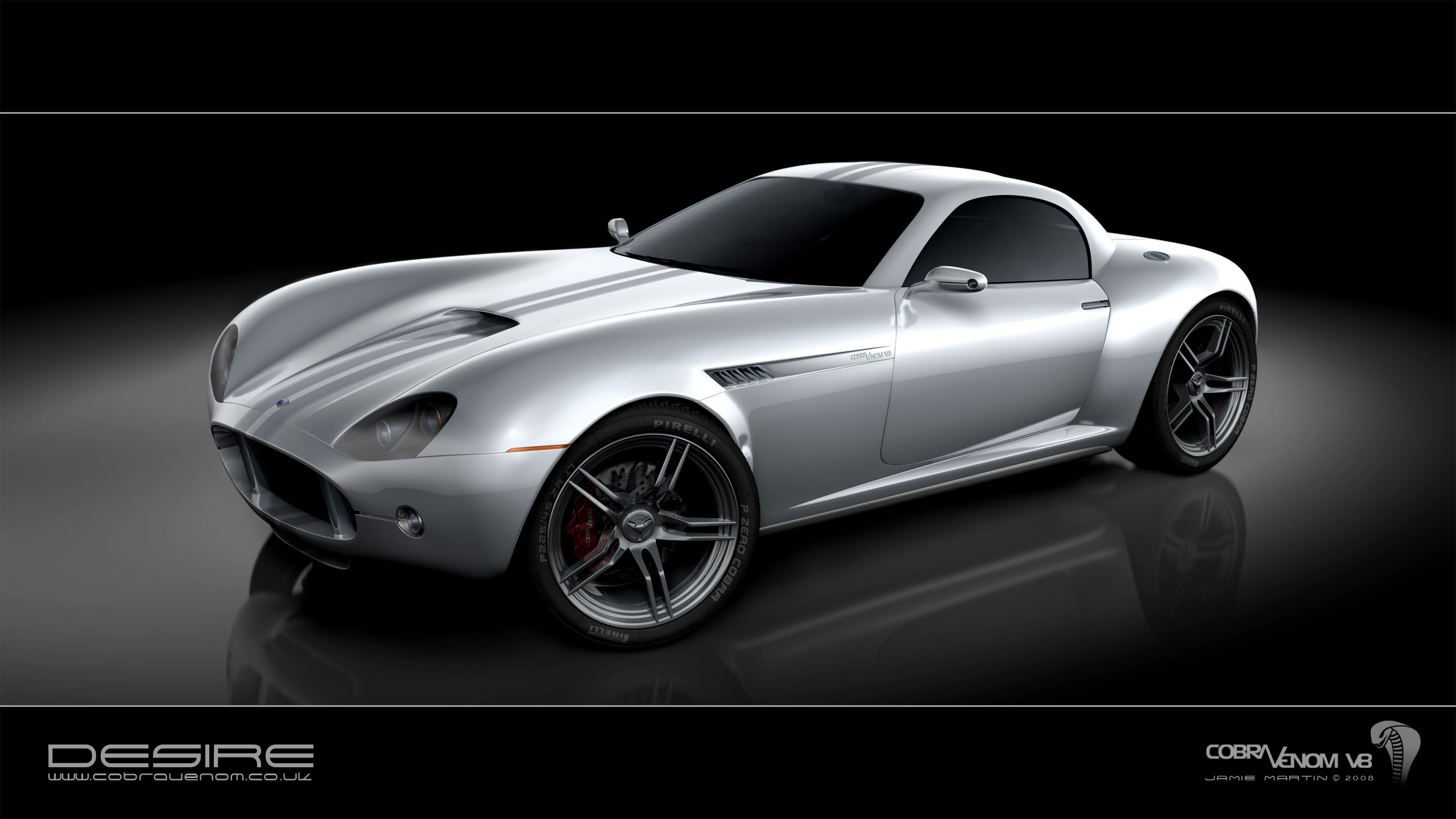 Growing up I wanted to be an automotive designer. I thought, “What would be cooler than making your own car?” I now realize I get more satisfaction out of driving a variety of cars (and sitting in judgement of them) and putting my thoughts into words, than I would have from spending hundreds of hours massaging a block of clay or becoming a master of Auto-CAD.

But I still have a great appreciation and respect for those that design cars. It’s not an easy job, and requires a mastery of many technical and artisitic skills. And it’s one thing if you’re hired by Chrysler to design their instrument cluster. But taking it upon yourself to create an original idea, without any promise of financial reward requires huge amounts of self-motiviation and a pallet of coffee beans. That’s just what British designer Jamie Martin did. This is his idea of what a great car is. It’s called the “Cobra Venom Concept.” 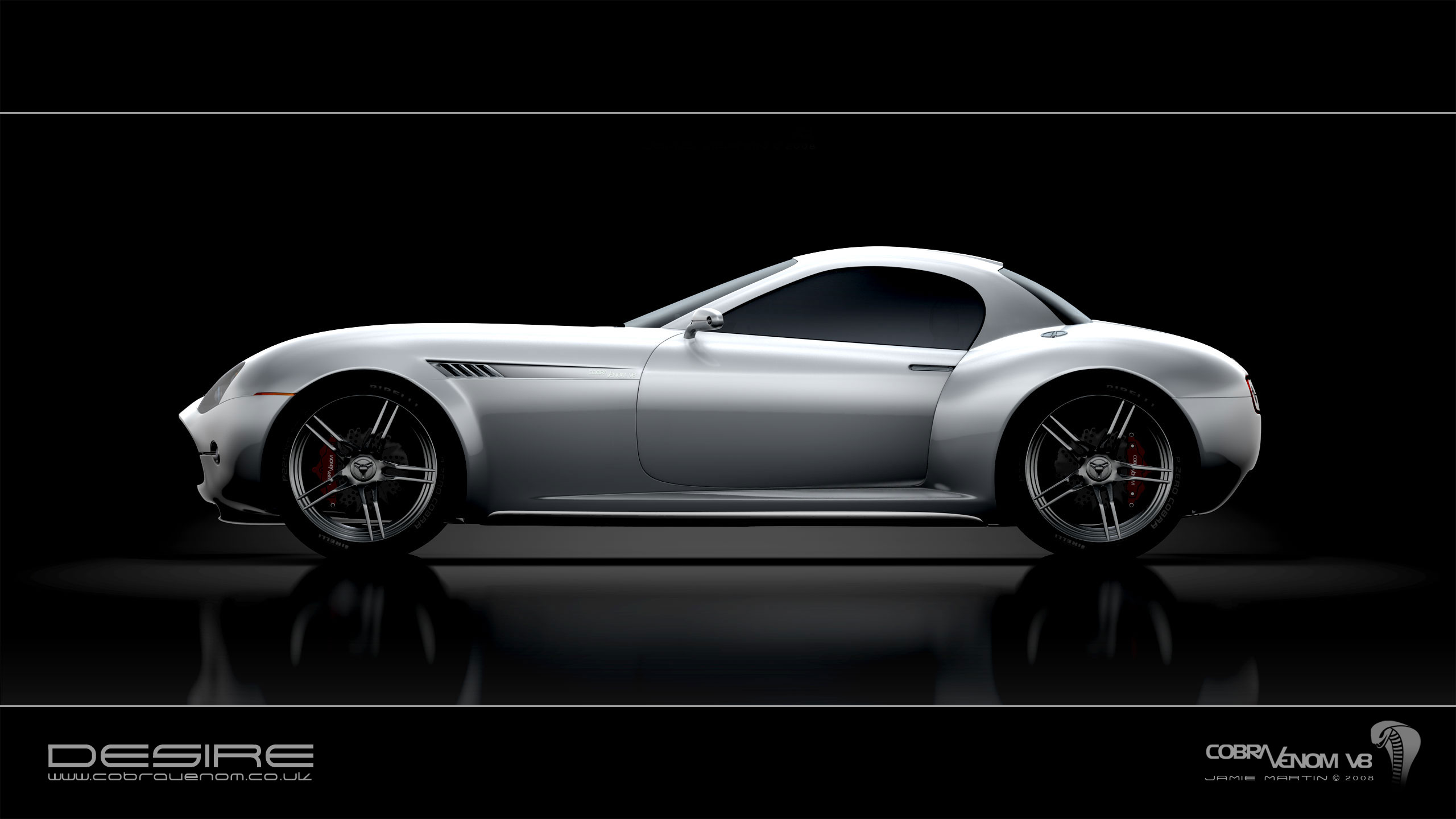 In case the name didn’t tip you off, Jamie is a big fan of the original Shelby Cobra. The shape of the 1966 Shelby Cobra is unmistakable. Even blind dogs know what it is. When Jamie decided to design a car, he wanted to pay homage to the Cobra by using some of its unique features. The bulging fenders and gaping oval mouth are clear indicators of Jamie’s source of inspiration. The headlights reminded us of a Dodge Viper’s (not a bad thing) and the view from the back is just beautiful. It would be propelled by a high-revving V8, and be fitted with all the modern technology one could want (Similar to the ICONIC AC). The animated video clip puts the idea in motion.

While there’s no plan to produce this car, and the video clips aren’t comparable to a Peter Jackson movie, the shape of this car is beautiful. It’s certainly worthy of having the word “cobra” in the name. Now all we need is some oil baron to see this picture and decide he has to have one, and fund a production run. Finder’s fee?