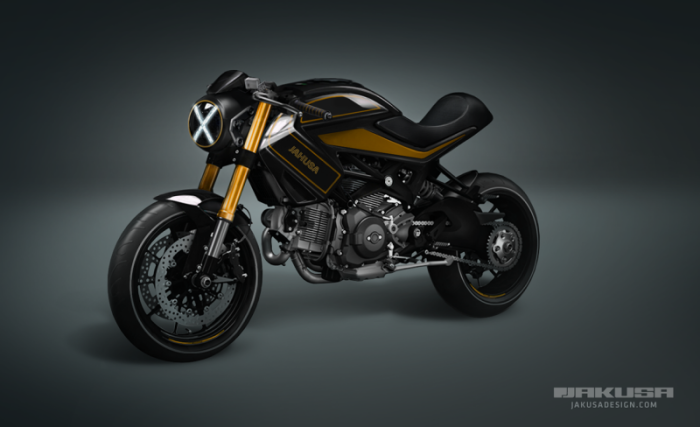 We’ve extolled the visual virtues of vehicles finished in black with gold accents before, as have many other non-colorblind gearheads. But if you’re one of the heathens, er, people that remains unmoved by the pigmentation of icons like the “Bandit” Pontiac Trans Am, Datsun 280ZX 10th Anniversary Edition and any John Player Special sponsored race car, maybe the latest creation of Tamas Jakus will help you see the light. 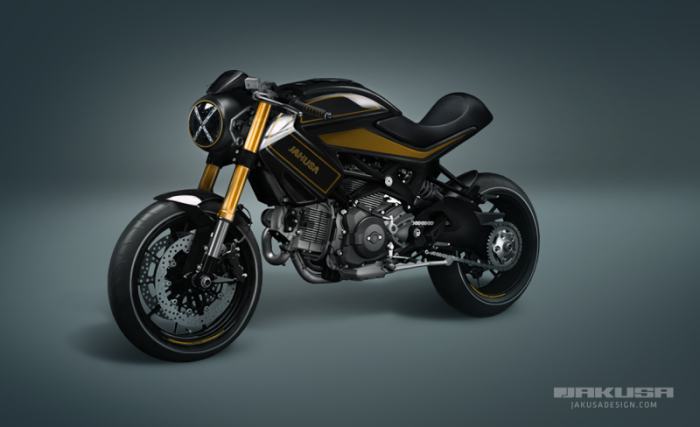 Tamas, as you may or may not know, is a Hungarian industrial and graphic designer behind Jakusa Design and has a thing for fanciful, themed custom motorcycle concepts. His latest motorcycle rendering stars the Monster X, a brooding black and gold streetfighter based on – Surprise! – a Ducati Monster. In addition to the color scheme (complete with a sweet retro font for the “JAKUSA” lettering), Tamas has also removed most of what little bodywork the Ducati had and fitted a new headlight with an X-shaped LED daytime running light arrangement, a sort of callback to the old racing practice of putting two pieces of tape in an X-pattern over headlights to prevent pieces of the lens falling out onto the track should a stone or other debris happen to break it. And, as appears to be a tradition of sorts, Tamas even rendered a matching T-shirt for the bike! We imagine wearing that particular shirt would cause the wearer to grow a groovy ‘stache… 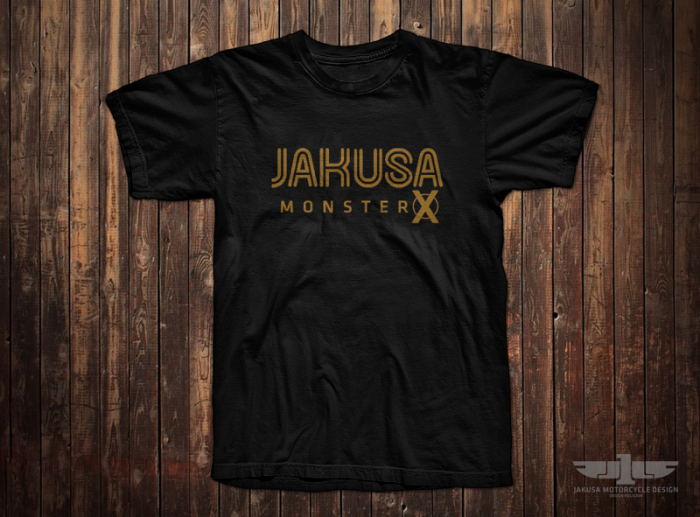