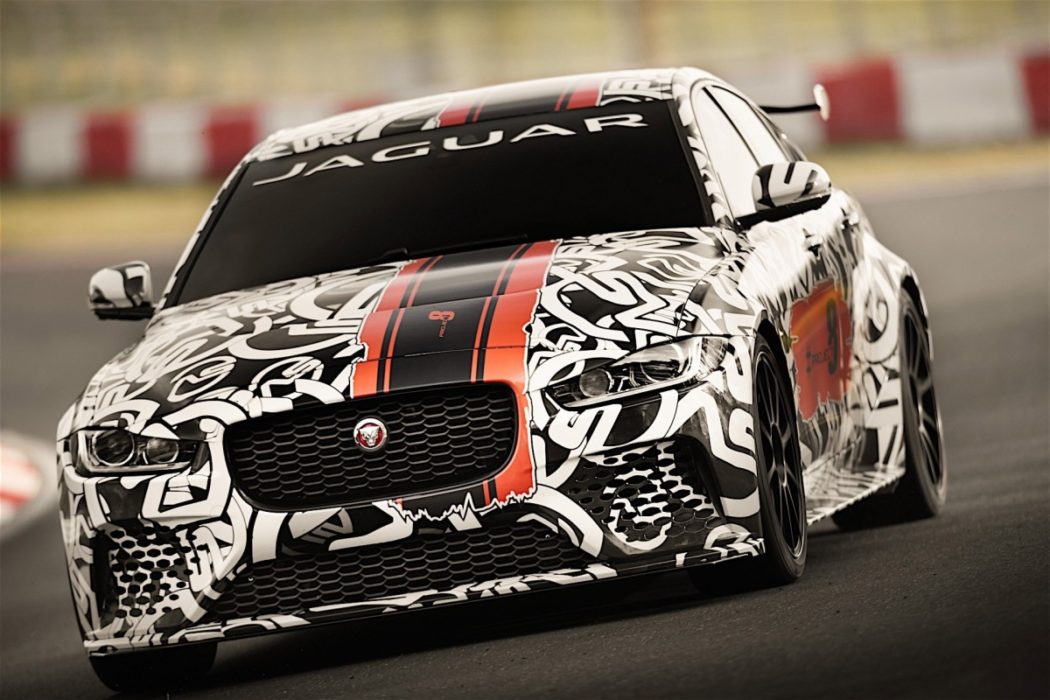 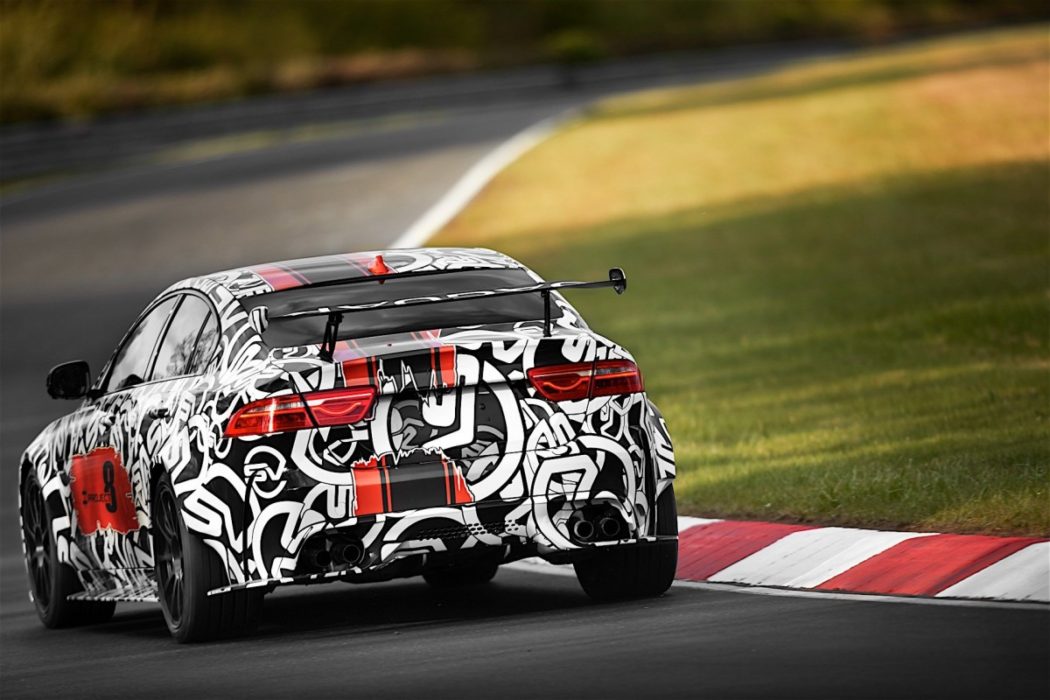 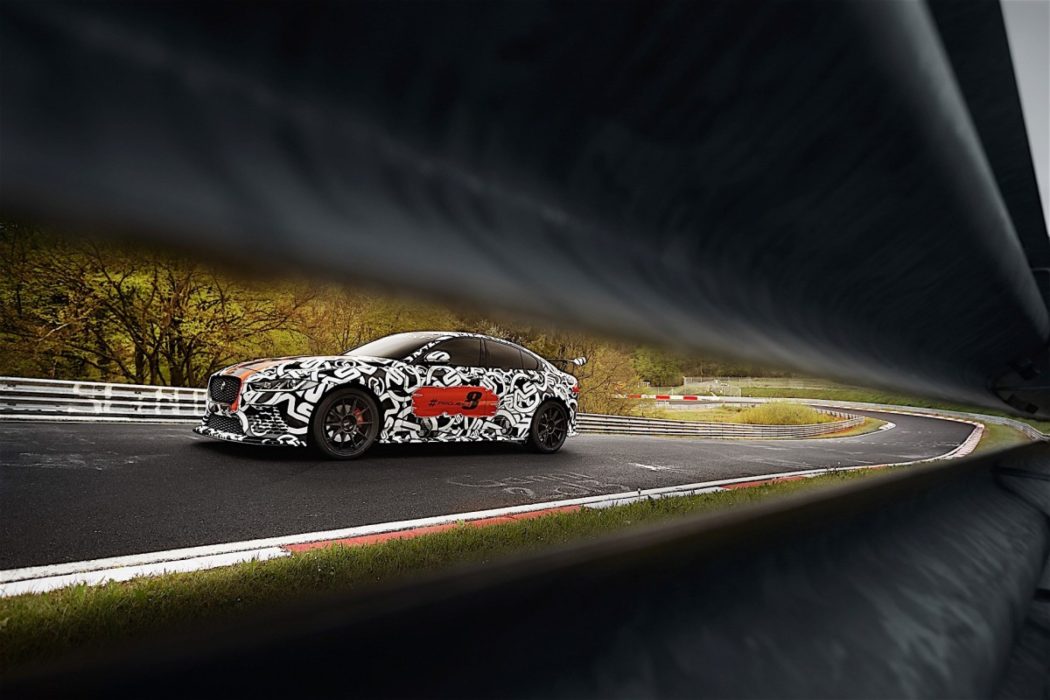 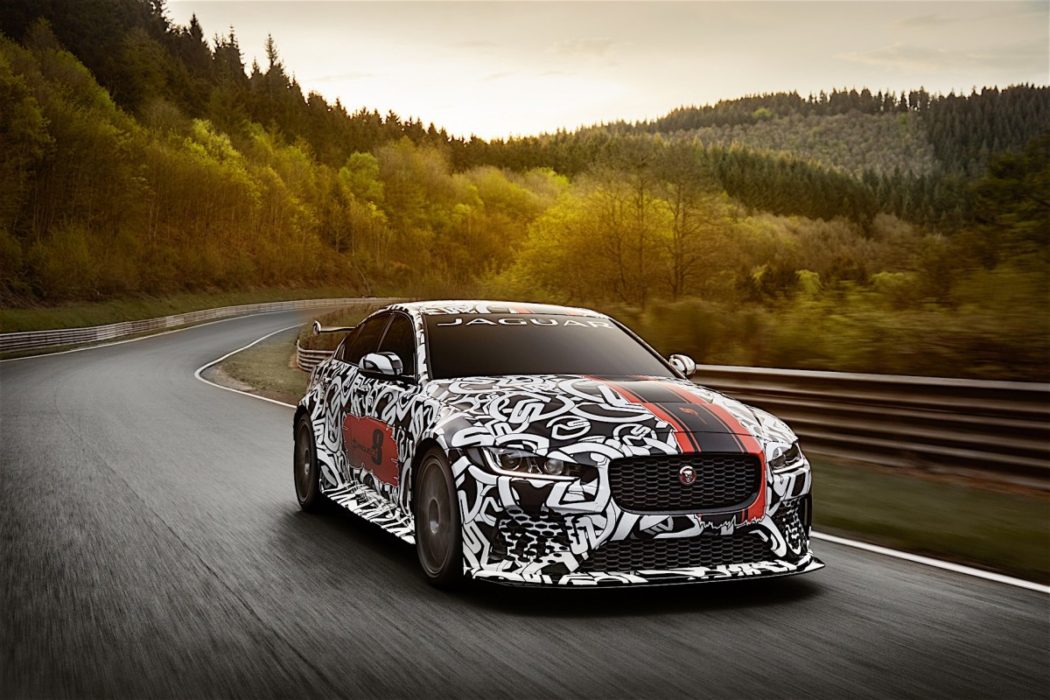 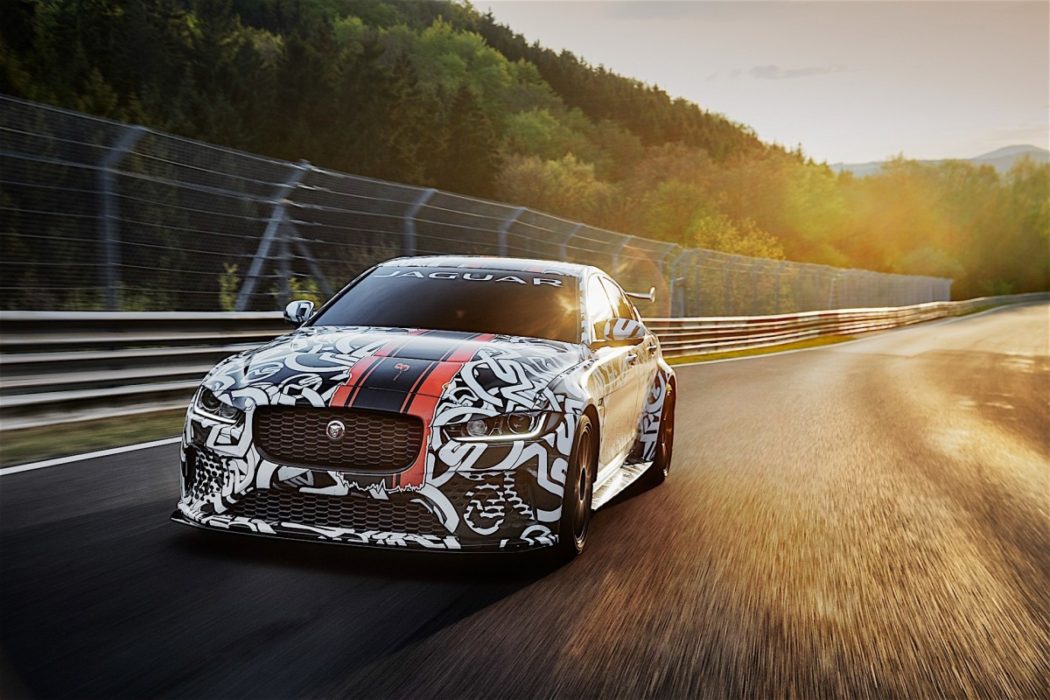 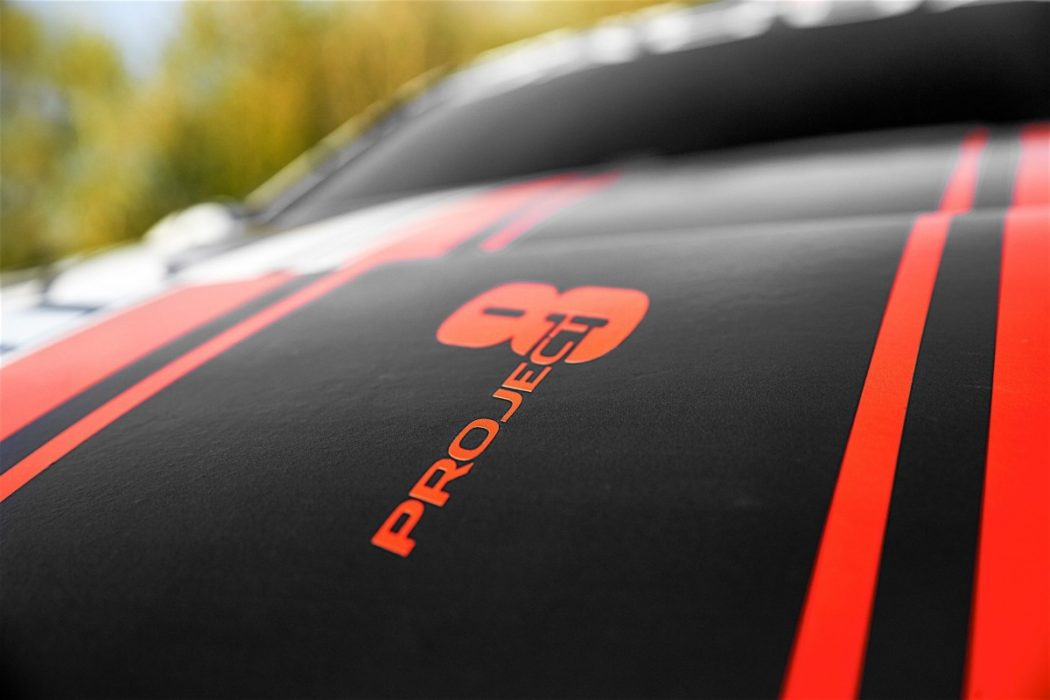 You know, it wasn’t that long ago that 300 to 350-ish horsepower in a premium compact sport sedan was considered a lot. Cars like the E46 BMW M3, W203 Mercedes-Benz C32 AMG and B6 Audi S4 are still quick cars even by 2017 standards but, as evidenced by the advent of 600 horsepower station wagons and 700 horsepower SUVs, times have changed, and 300 horsepower is now hot hatch territory. Just the same, we think Jaguar and SVO – Jaguar Land Rover’s in-house tuning arm – might be going a little overboard by endowing a limited edition version of the brand’s smallest sedan, the XE, with the most potent engine ever placed in a production Jag.

The Jaguar XE SV Project 8 is, as you can see, still wearing camouflage; that won’t be coming off until the car’s full debut at the Goodwood Festival of Speed in about one month’s time. However, we can already see that there’s a great big wing affixed to the decklid. Additionally, Jaguar has confirmed that this super-duper sedan will feature beefier brakes and a revised suspension system, both of which are very much a necessity with a manic 600 horsepower version of the corporate 5.0L supercharged V8 bellowing away under the bonnet.

Want one? You might want to get in line now, as just 300 will be made for worldwide consumption, so they’re sure to move fast in more ways than one…