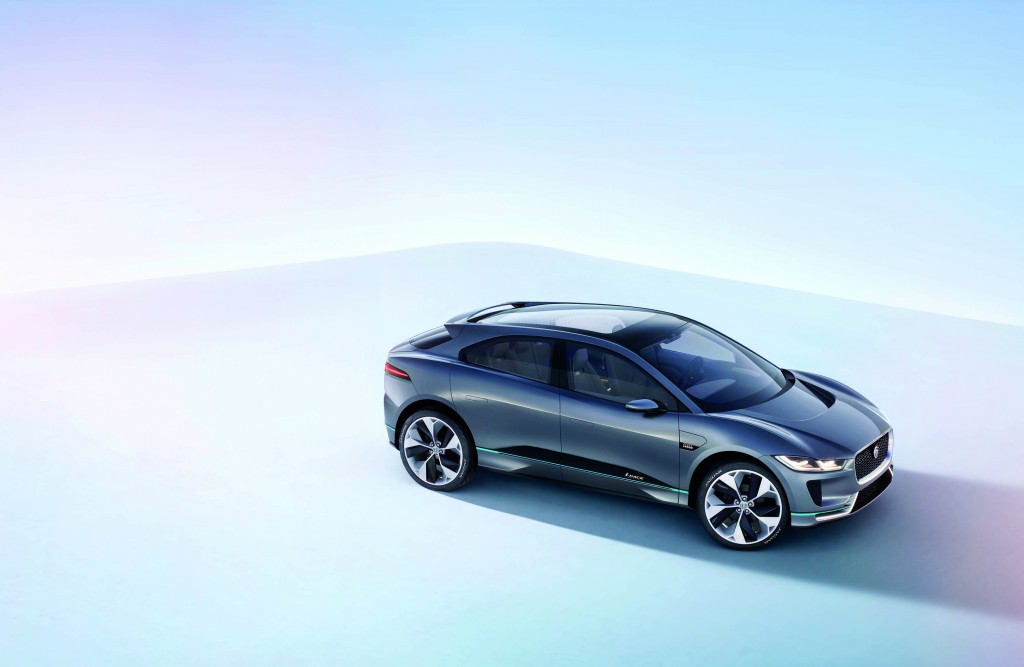 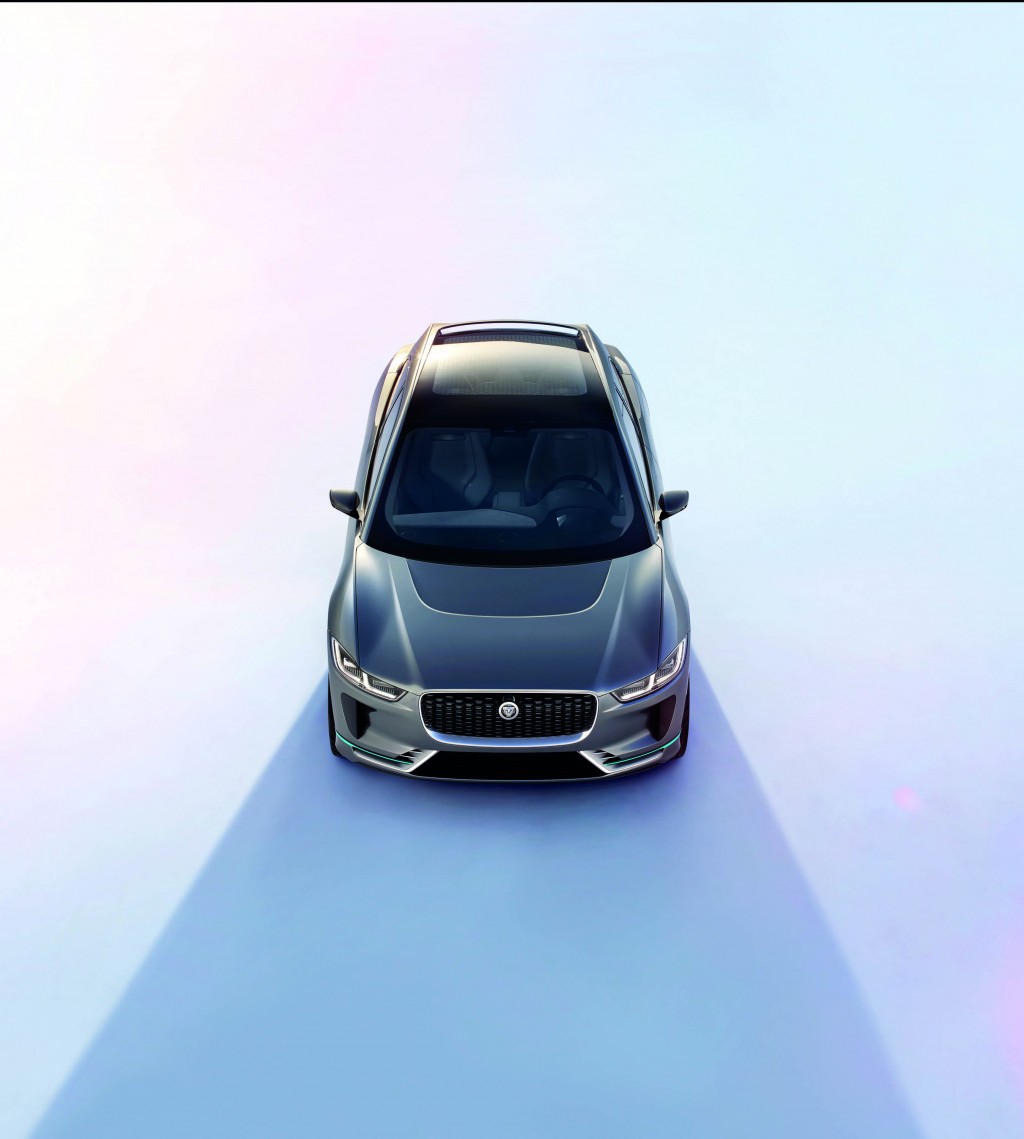 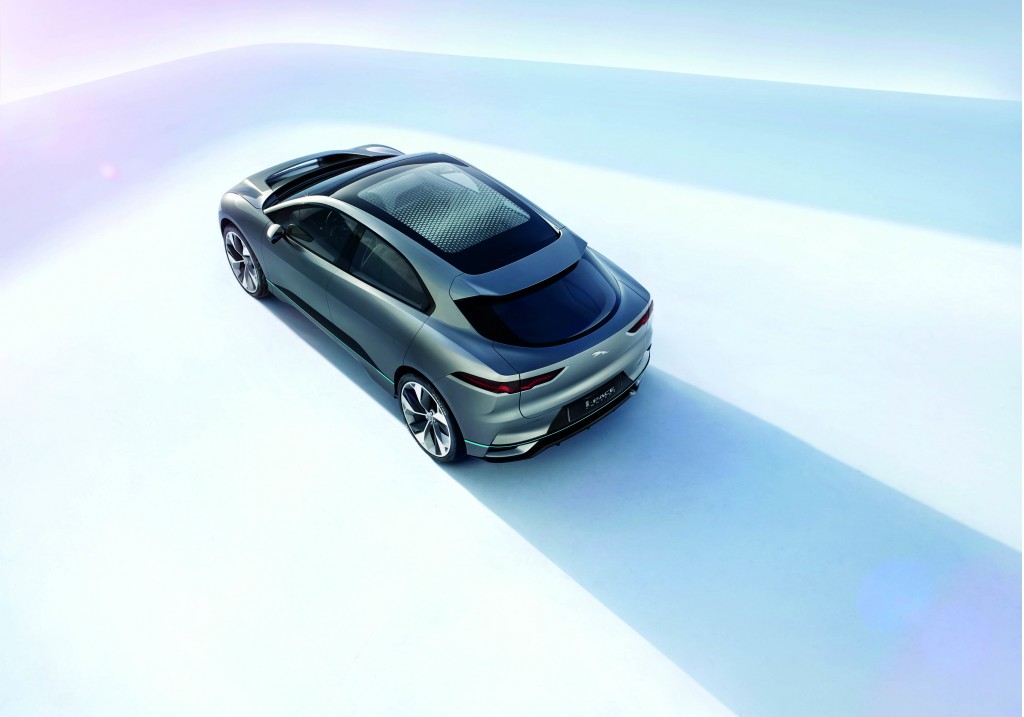 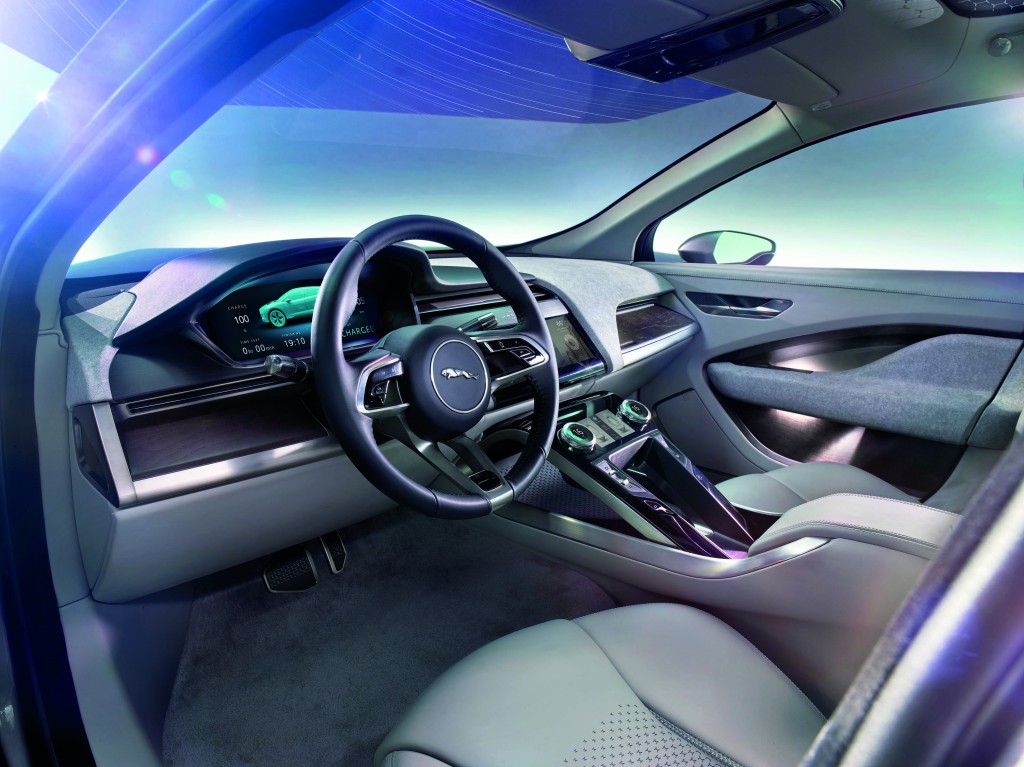 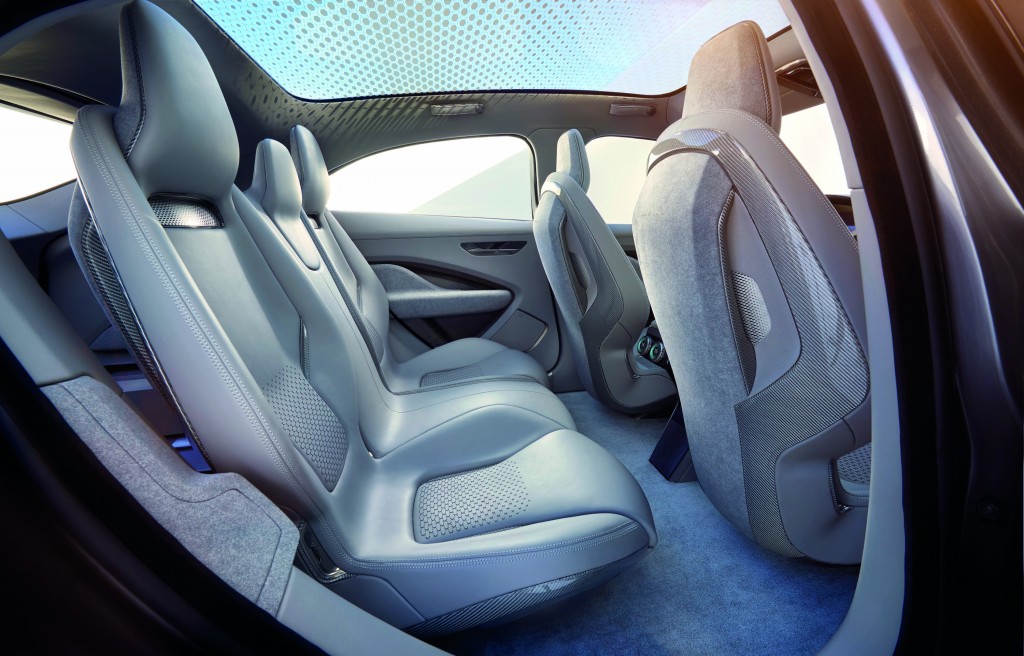 In the last year or so, Jaguar has done two very un-Jaguar like things. First, it introduced its first SUV, the F-Pace. Second, it returned to motorsports. Wait, you say, what’s so odd about that for a company that’s won Le Mans seven times? Well, Jag’s racing comeback comes by way of the all-electric FIA Formula-E World Championship. And these two brazen acts of apostasy (or, if you’re slightly more progressive with your view of the motoring biz, adapting to changing times) have come together to form Coventry’s latest concept kitty, the Jaguar I-Pace Concept.

The striking cab-forward proportions of this supernaturally sleek crossover come courtesy of the fact that there’s no big internal combustion engine or transmission hogging all the space up front, meaning Jaguar design major domo Ian Callum and crew were free to layout everything above the centerlines of the two axles – which is more or less where the two electric motors and 90 kWh worth of battery capacity reside – as they saw fit. And fit it is, though we’d be remiss if we didn’t call out Jaguar on labeling a four-door (five if you count the rear hatch) crossover SUV a sports car.

Having said that, though, the I-Pace’s (at this point theoretical) performance figures certainly resemble those of a sports car: A combined 400 horsepower and 516 lb.-ft of torque churning all four wheels to fling the vehicle to 60 mph in about four seconds flat. And as for range, Jaguar says this machine can cover more than 310 miles (based on the European testing regimen) on a single charge. Word on the street is a production version will show up sometime in 2018, but if you can’t wait that long, you can see the I-Pace in the metal at the Los Angeles Auto Show, which opens to the public on Friday.