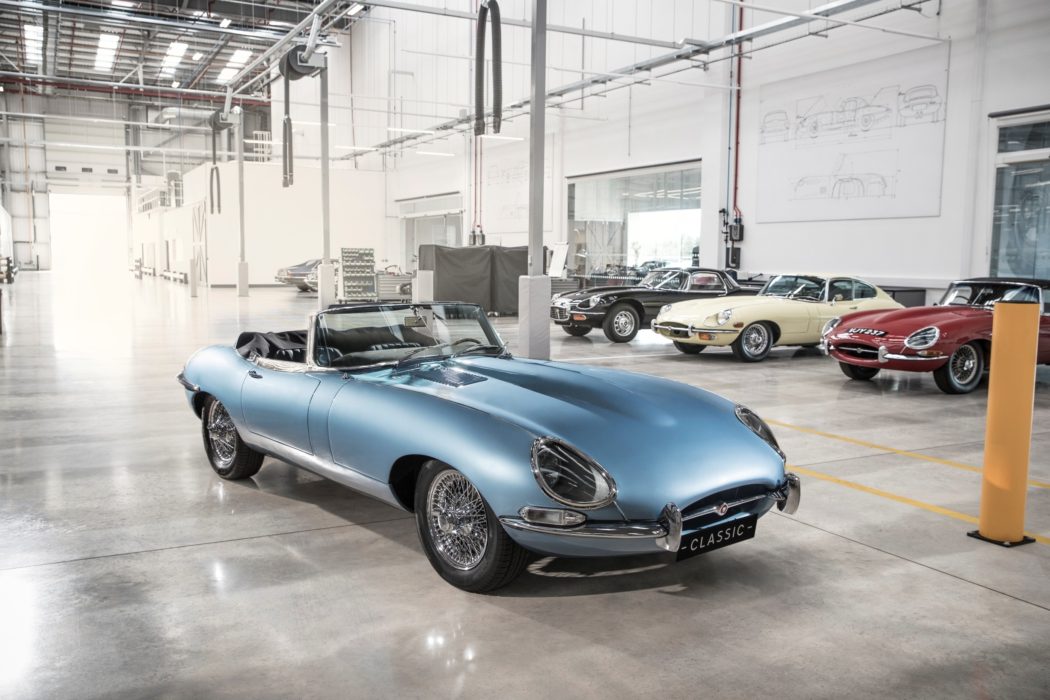 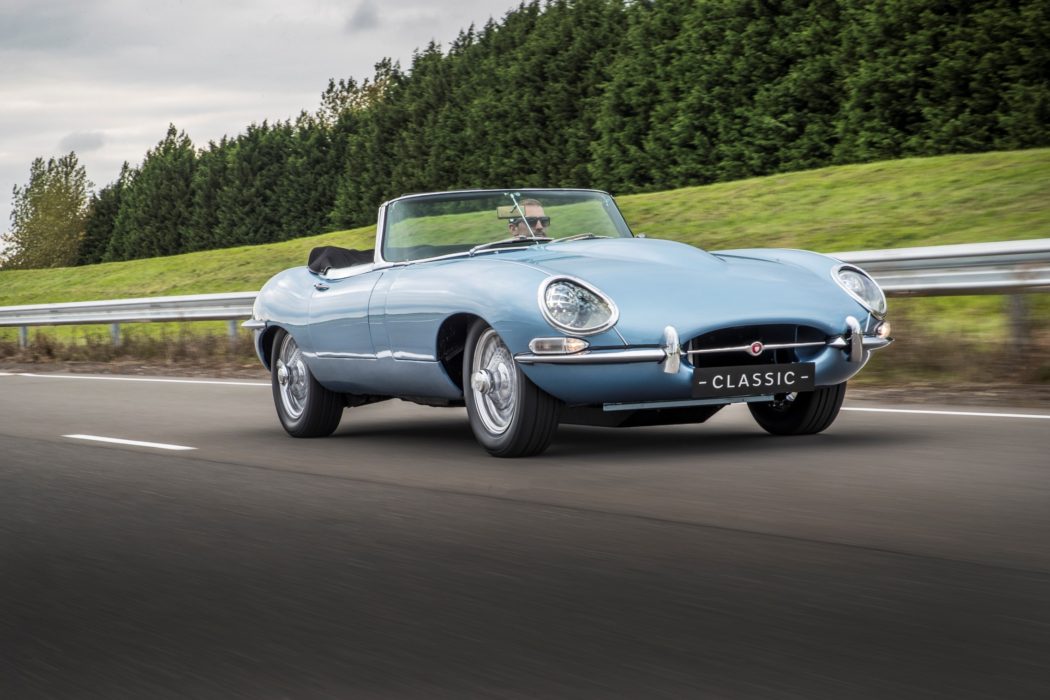 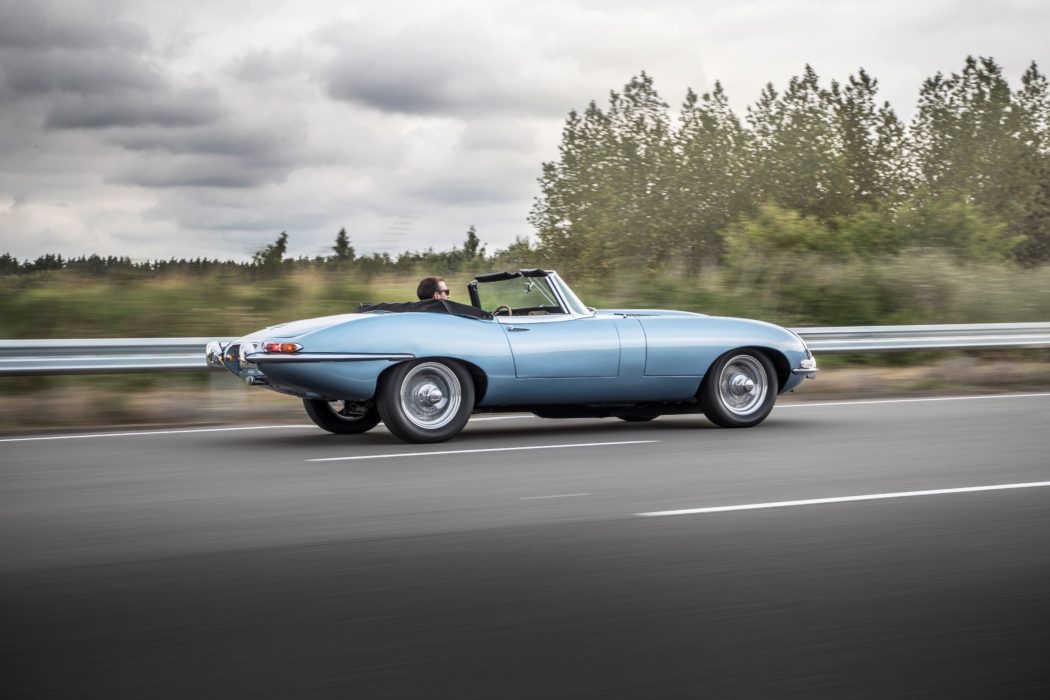 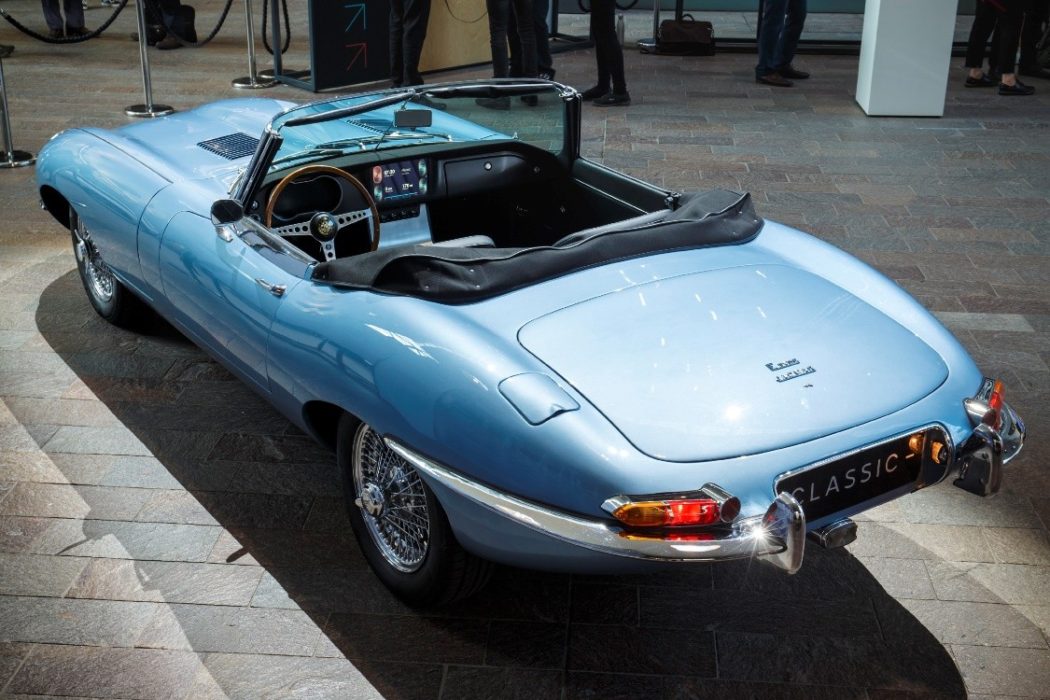 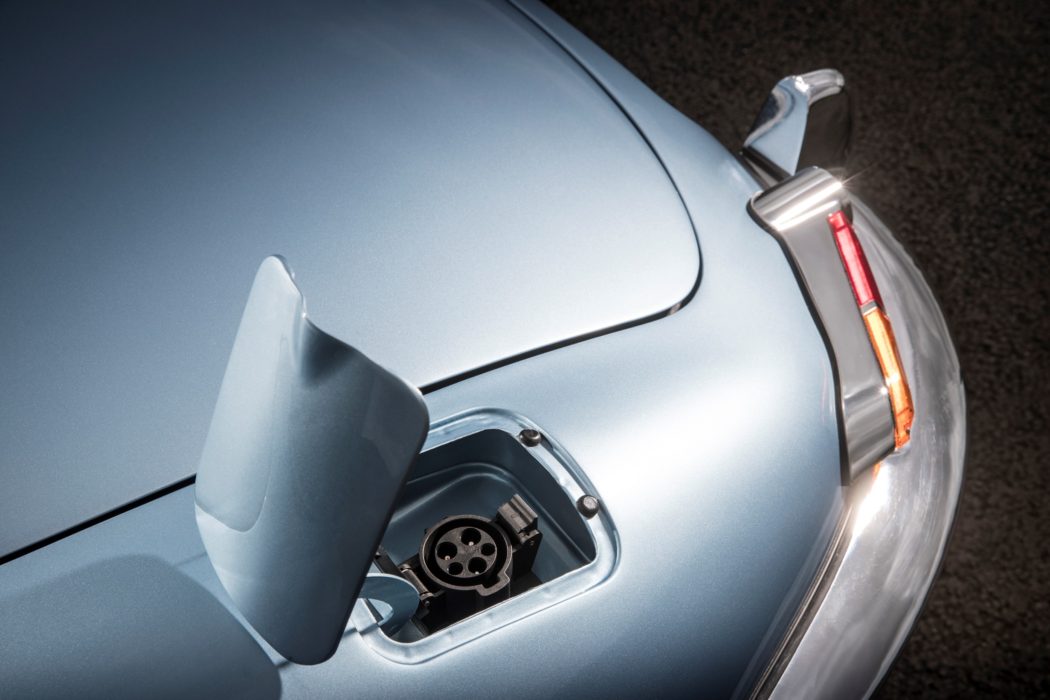 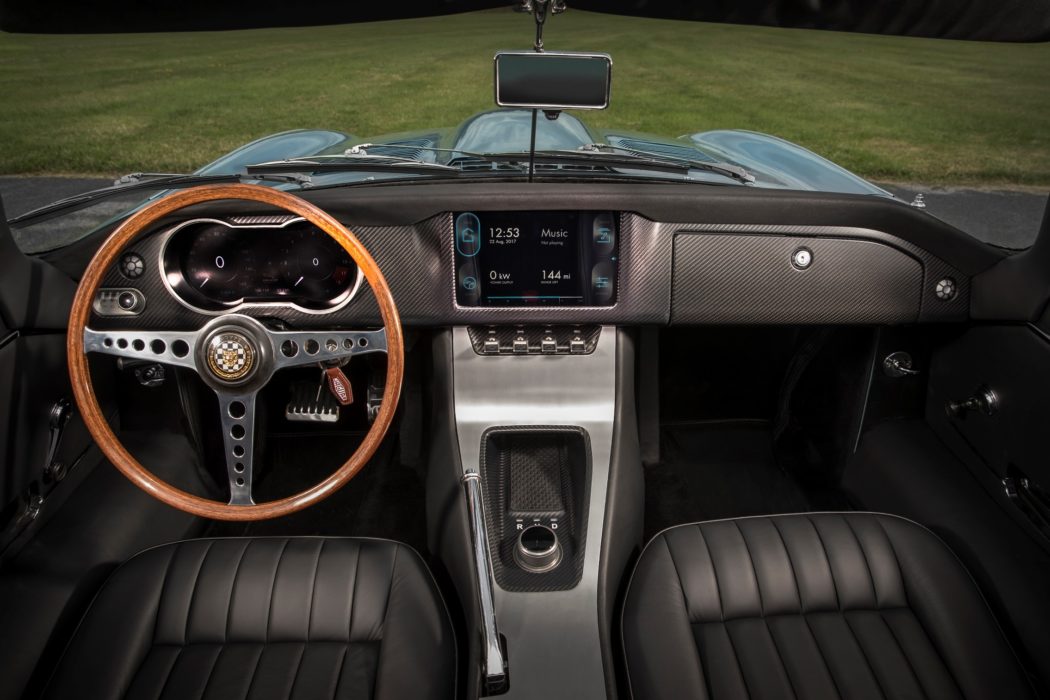 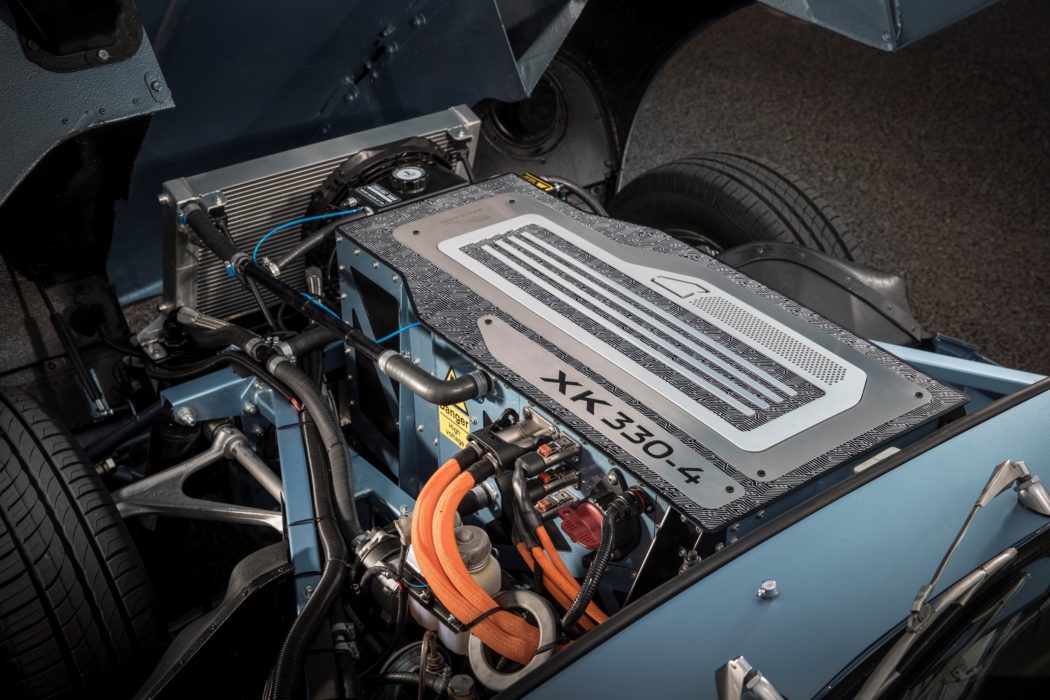 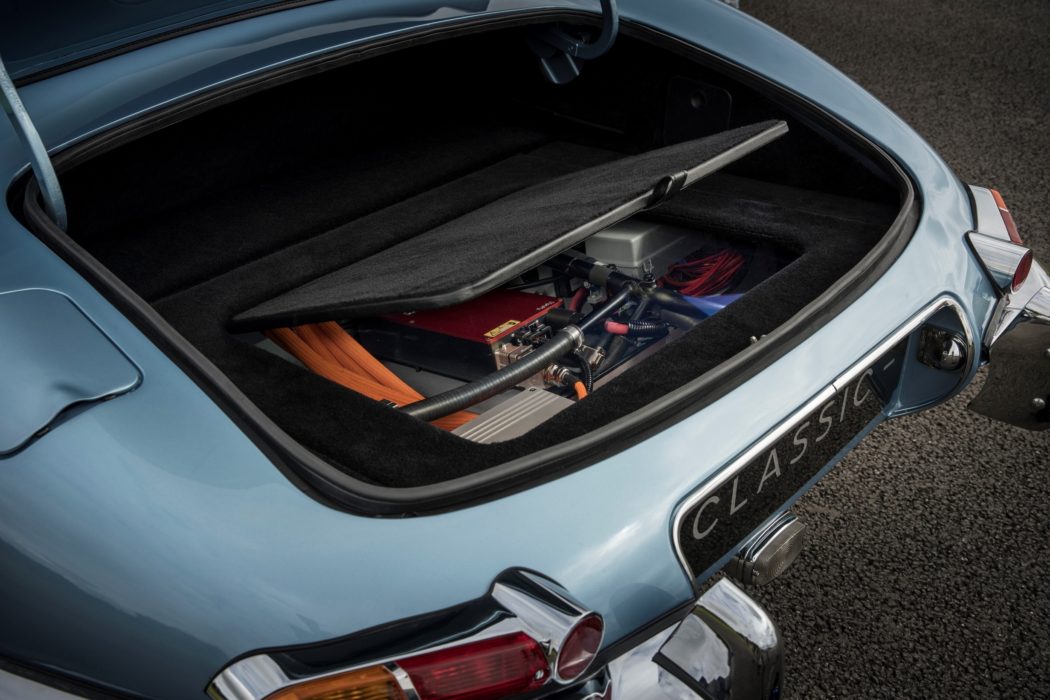 Re-powering a classic car with an all-electric drivetrain is an increasingly popular idea among professional restoration and customizing shops and DIY shadetree mechanics alike. But so far OEMs haven’t really embraced the idea of electrifying iconic creations from their back catalogs…until now. Jaguar Land Rover Classic, the historic vehicles arm of the Indian-owned premium British brand twosome, has taken a 1965 example of the achingly pretty Series 1 Jaguar E-Type (a.k.a. XK-E) roadster and given it a 21st century heart transplant.

The Jaguar E-Type Zero Concept, as this era-straddling creation has been dubbed, looks just like any other stock example of its species from the outside…save for the absence of any tailpipes poking out from anywhere under those pornography-adjacent Malcolm Sayer drawn lines. Slide into the lefthand drive cockpit and it’s much more obvious something is afoot, with a new carbon fiber dashboard with an LCD instrument cluster and central display, and a brushed stainless steel clad center console housing the pop-up “twist-to-shift” gear selector found on modern Jags.

But it’s not until you turn the key and hear basically nothing (Feel free to insert your favorite British car reliability joke here…) that you truly realize how radically this legendary sports car has been transformed beneath the skin. Gone is the sonorous 4.2L inline-six and unapologetically analog 4-speed manual transmission, and in their place is a box called the XK 330-4, consisting of a 220 kilowatt (or 295 horsepower) electric motor and a 40 kWh lithium-ion battery pack, both of which are based on units found in the upcoming Jaguar I-Pace production EV. JLR Classic says this petrol-free drivetrain (which is charged via a port hiding under the stock gas filler flap) can hum its way to 62 mph in 5.5 seconds, which is a roughly two second improvement over the original DOHC six’s time. And if you give it the beans sparingly, expect a driving range of 170 miles on a full charge.

Jaguar Land Rover Classic is quick to point out that this is strictly a concept for now, but it will listen to feedback from potential customers and the public at large and, if enough of it is positive, it could start offering an EV-conversion package for E-Types and other classics (Mark 2, XJ Series 1, early Land Rovers, etc.). As upsetting as the idea of losing the sounds, smells and other sensations of the gas engine is, it might be the only way people will be able to enjoy vintage cars (at least on regular roads on a regular basis) going forward. And at least it’s not as unsightly as a Back to the Future hovercar conversion…