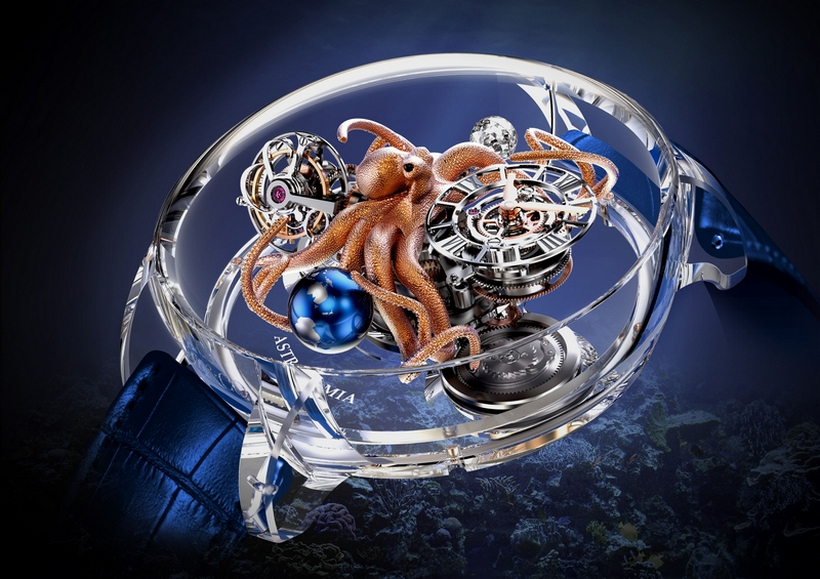 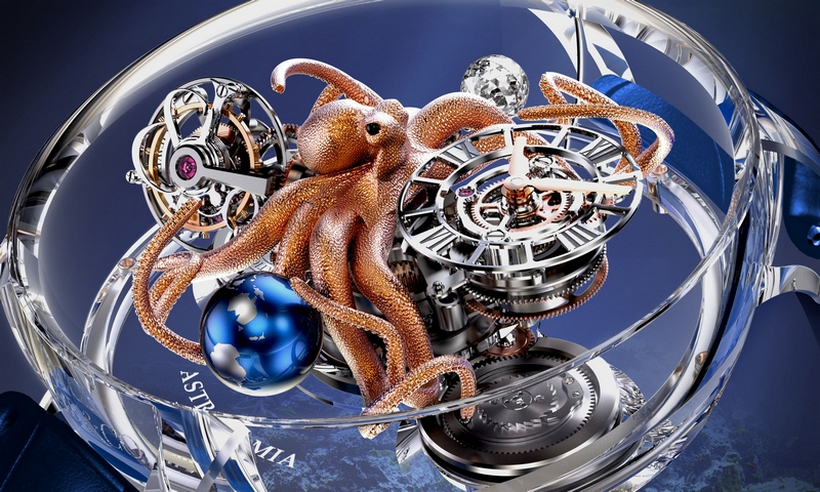 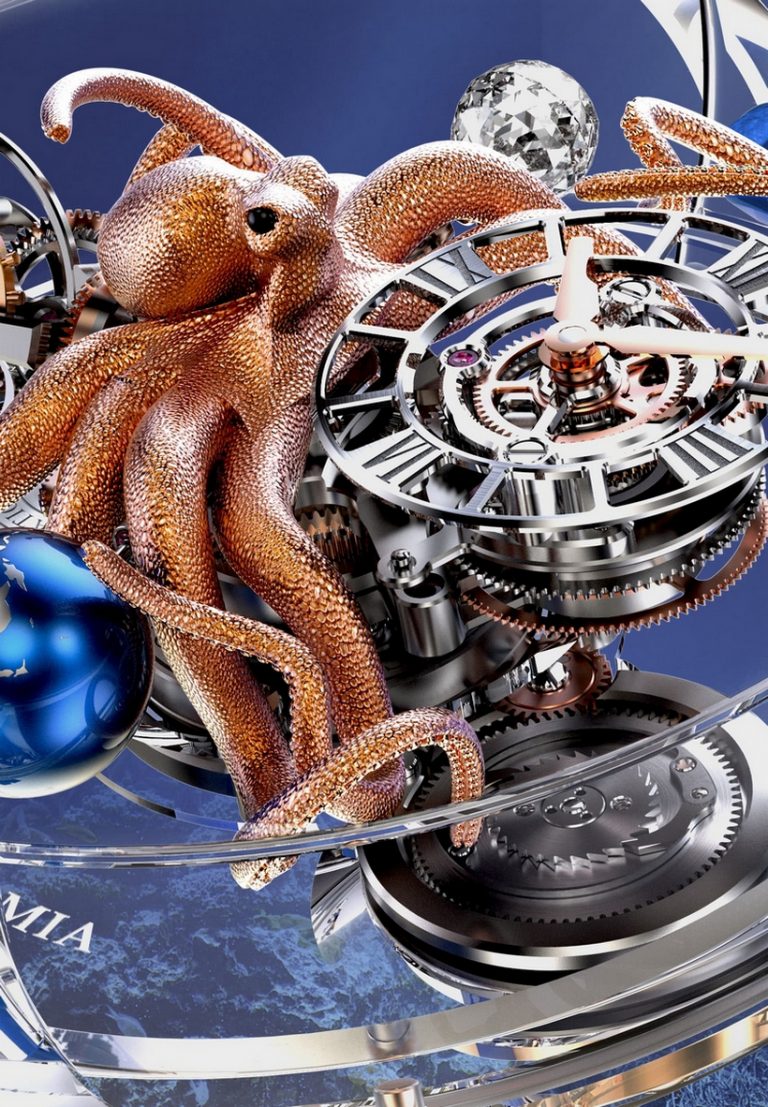 We’ve seen some funky watches over the years, but this recent release from Jacob. & Co. might just take the cake. Called the Astromania Octopus by its makers (specifically, Jacob Arabo and, um, company), this timepiece is constructed around a striking monoblock sapphire crystal case that gives the illusion that the items contained within – which include the Astromania line’s signature gravitational triple-axis tourbillon being “held” by the intricately-detailed eight-appendaged marine animal invoked in the name of this watch – are floating just above the wearer’s wrist. The firm spent 37 weeks producing the sapphire bits alone, never mind the mechanical parts or engraving the octopus, so while Jacob. & Co. hasn’t disclosed any pricing information, we wouldn’t be surprised if it stretched deep into six figures.