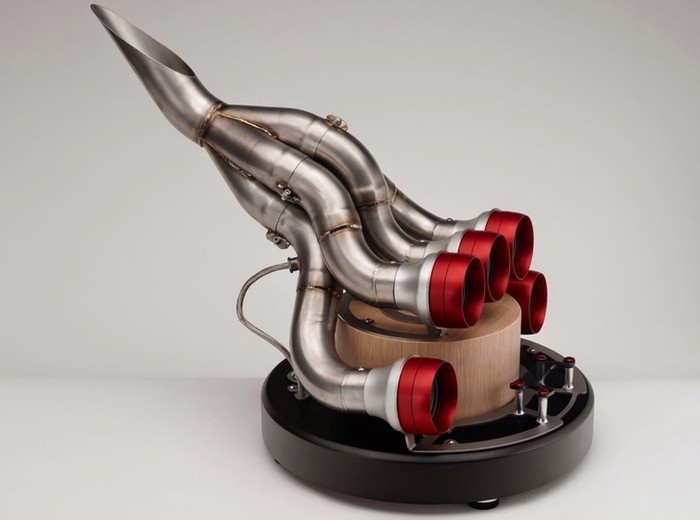 Didn’t get the gift you wanted this past holiday season? That’s okay, because neither did we, though in hindsight, asking for a solid gold margarita mixer to be hand-delivered by Cintia Dicker was probably a little unrealistic on our part. Anyway, perhaps you’re in the mood to get something for yourself; if that’s the case – and you also happen to be fabulously wealthy the folks at iXOOST may have something that will interest you. 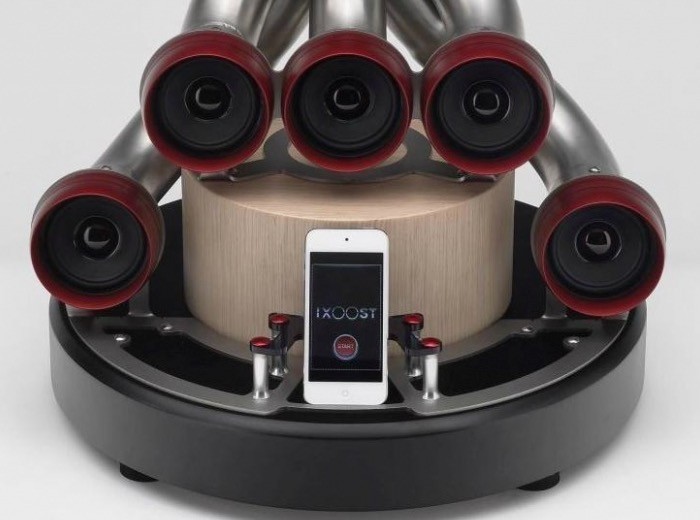 iXOOST, in case you’re not aware, is a company headquartered in Modena, Italy that takes used exhaust headers from high performance engines found in Formula 1 cars, Indy cars, prototype and GT race cars, and road-legal supercars and turns them into tabletop speaker systems. In the past, the company’s audio systems have required you to physically dock an iPhone or iPad to be able to play your music; with the new XiLO 5.1, however, you’ll have exponentially more options. Because the new system is equipped with a Bluetooth 4.0 module (in addition to an iOS device dock), audio from any Bluetooth-enabled smartphone, tablet or other gizmo can be beamed through the ether, into the system’s brain and out the pipes-cum-speakers. Pricing hasn’t been confirmed yet, but word is the XiLO 5.1 might actually be a bit cheaper than other iXOOST systems; of course, at about $5,000 as opposed to about $6,500, “cheaper” is a relative term.