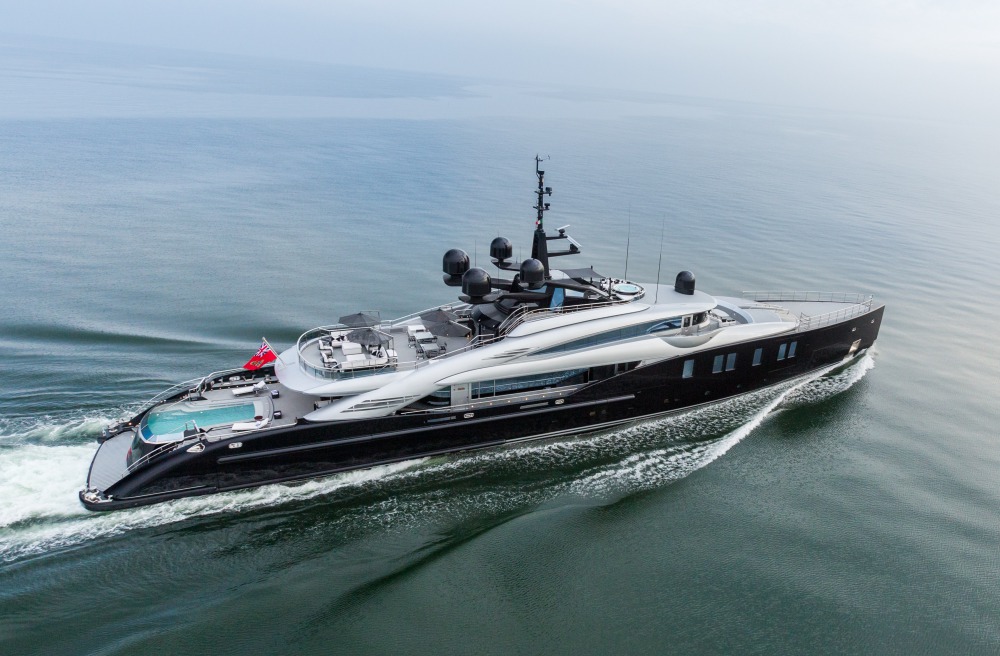 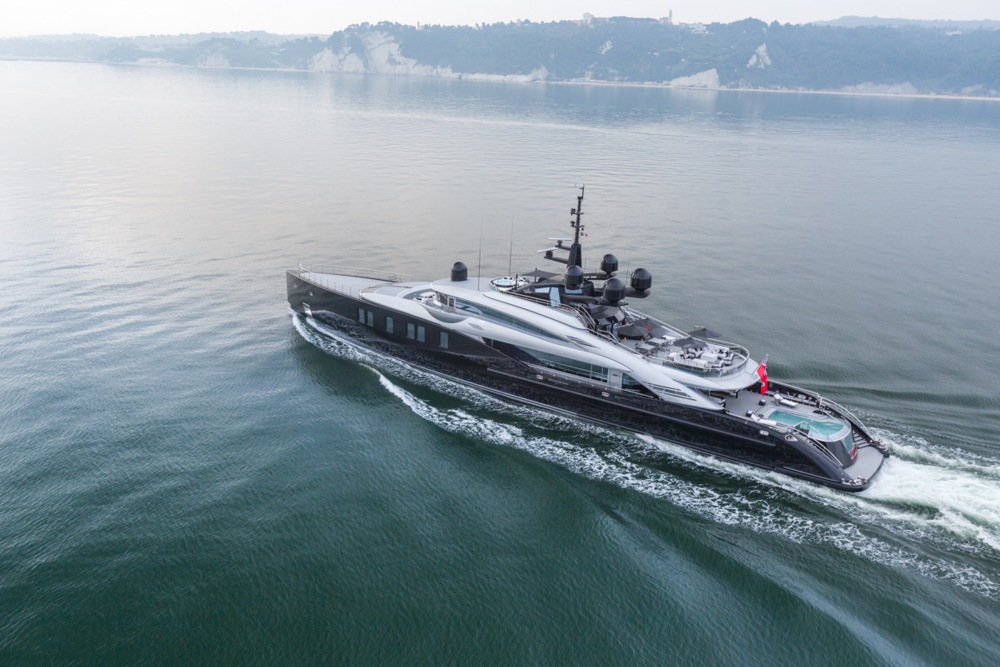 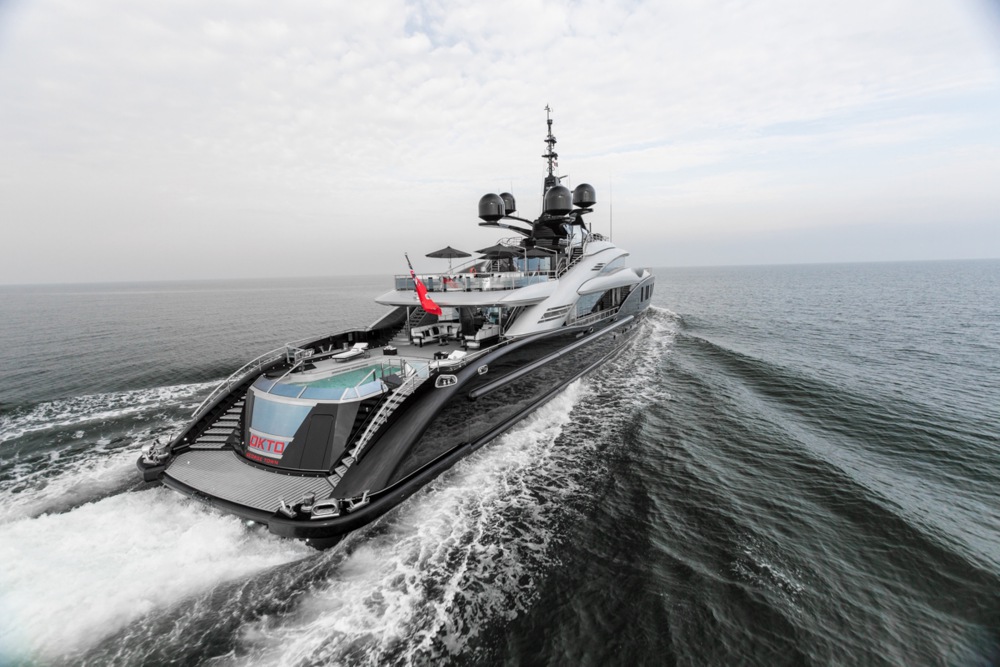 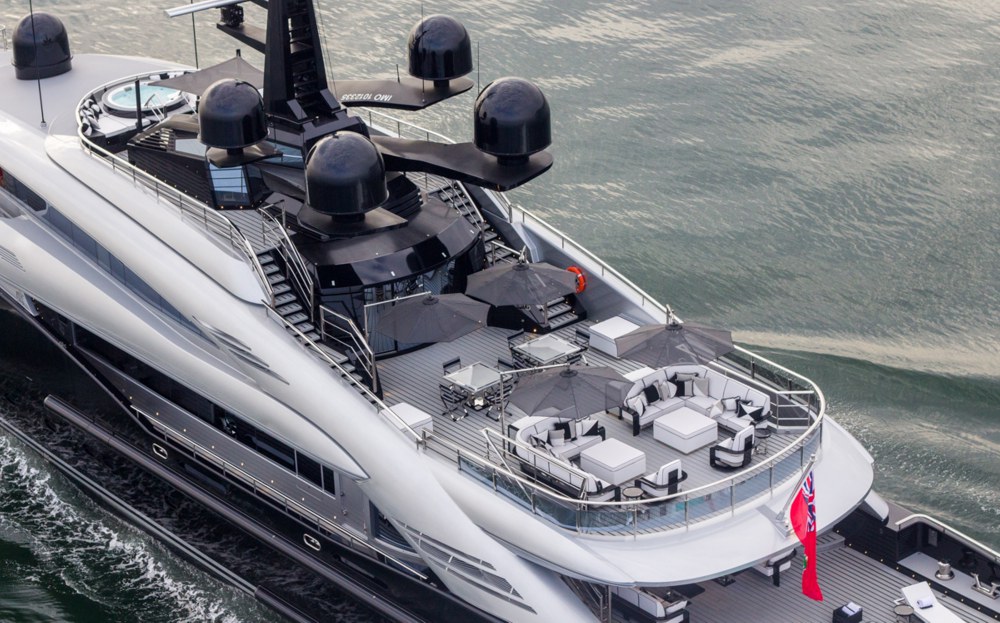 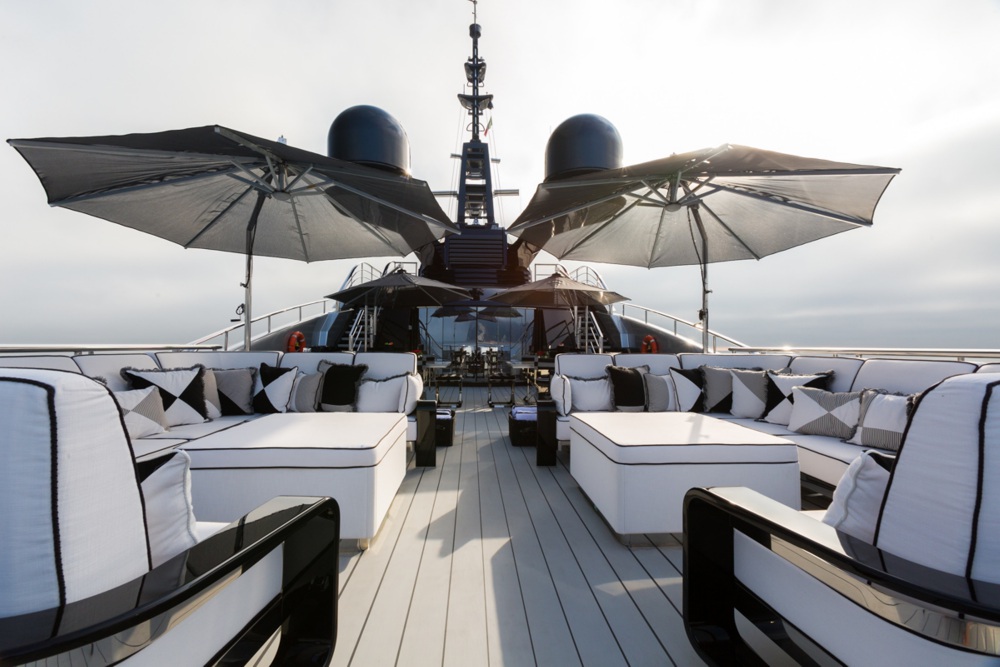 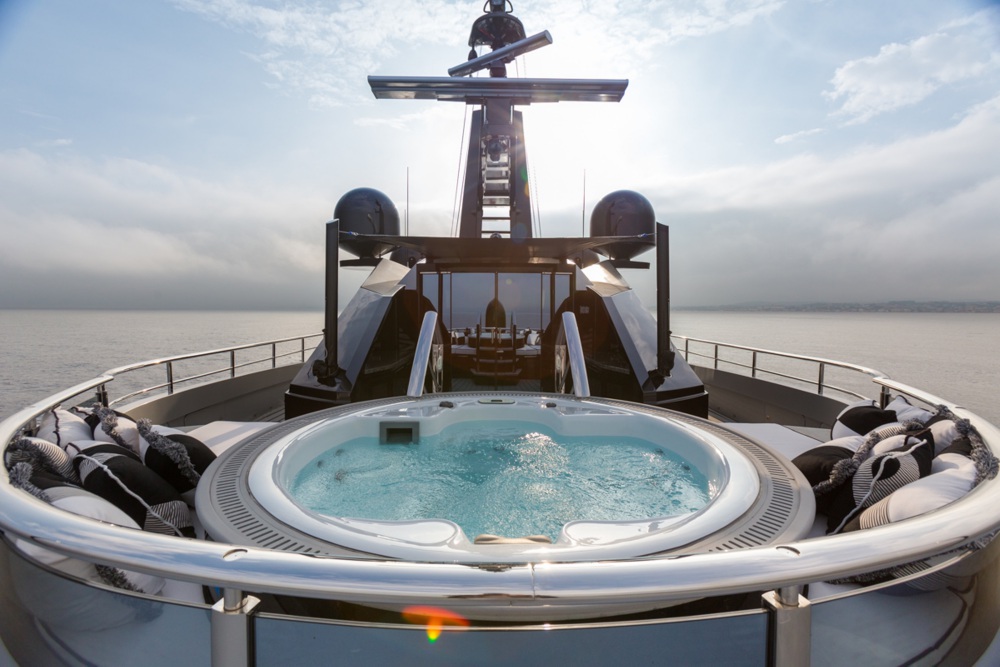 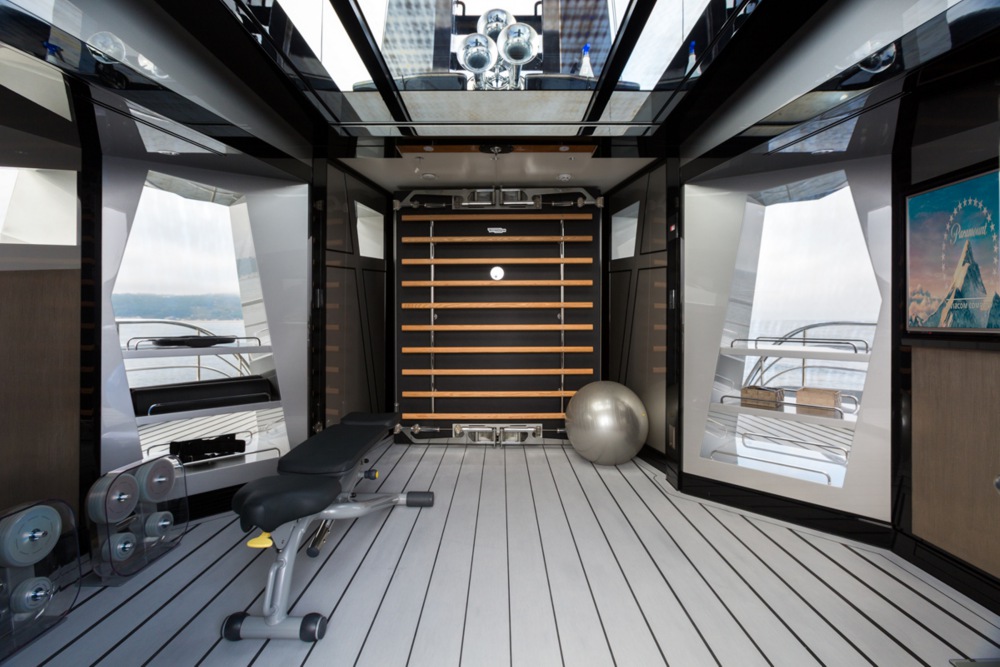 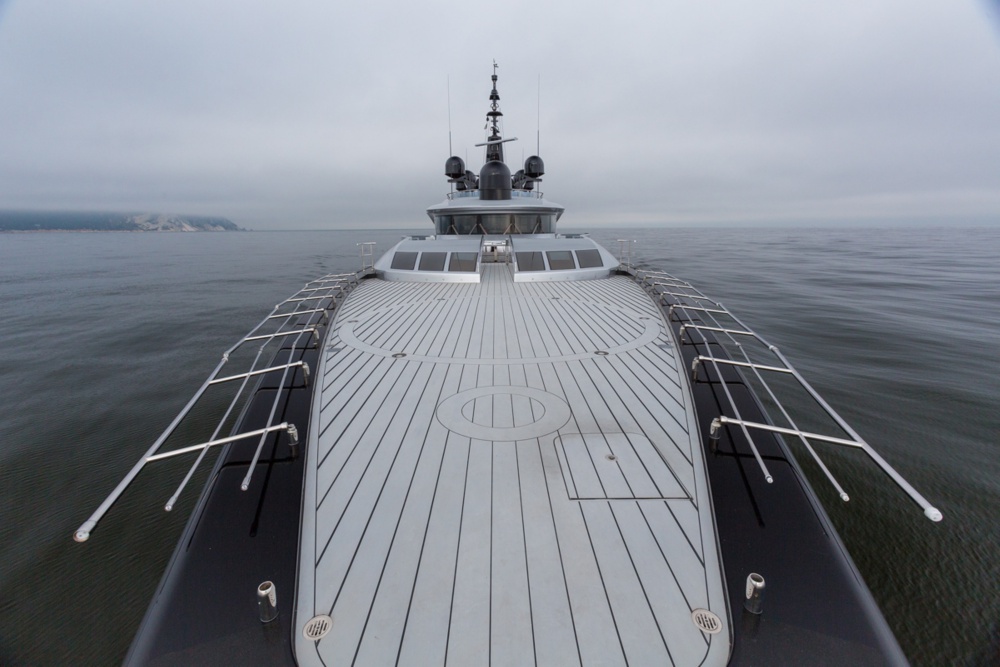 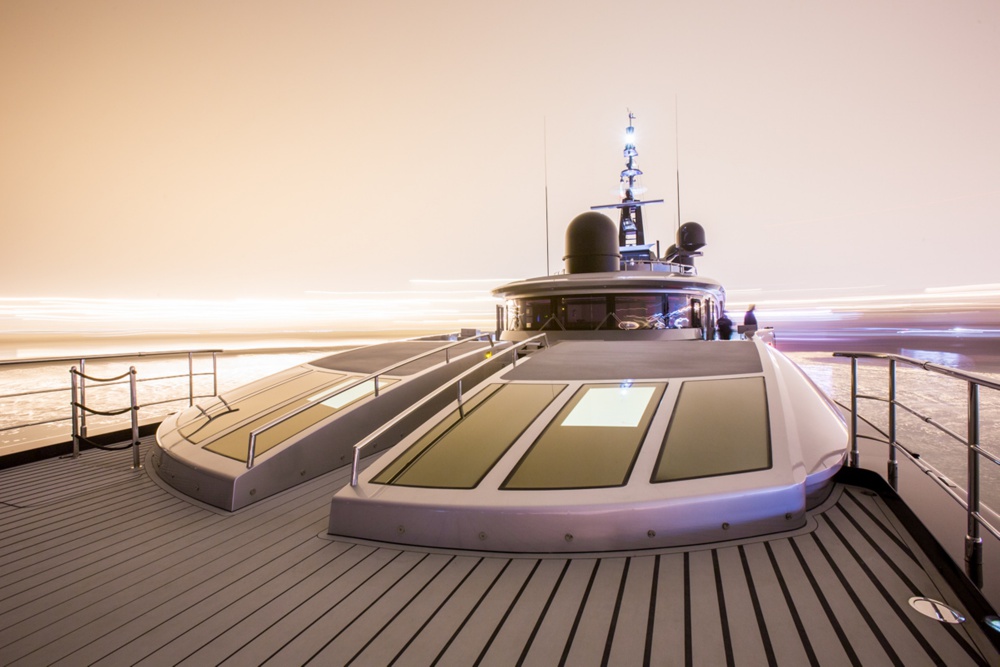 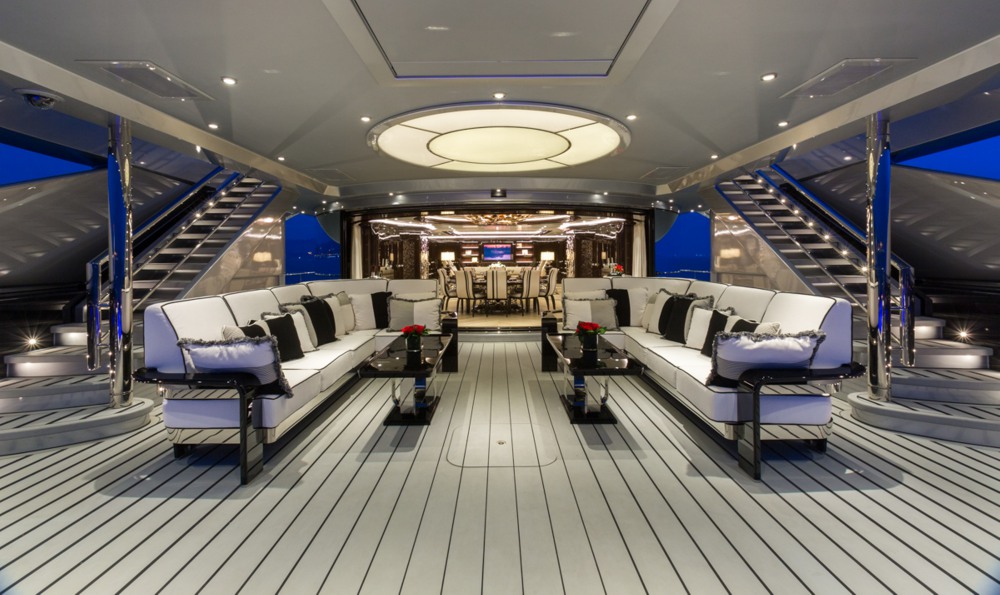 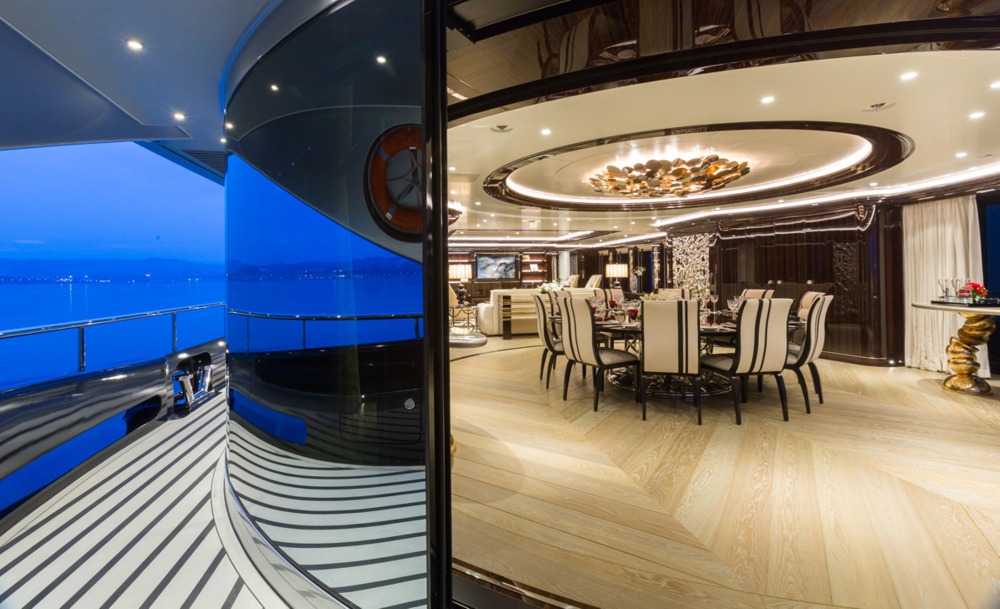 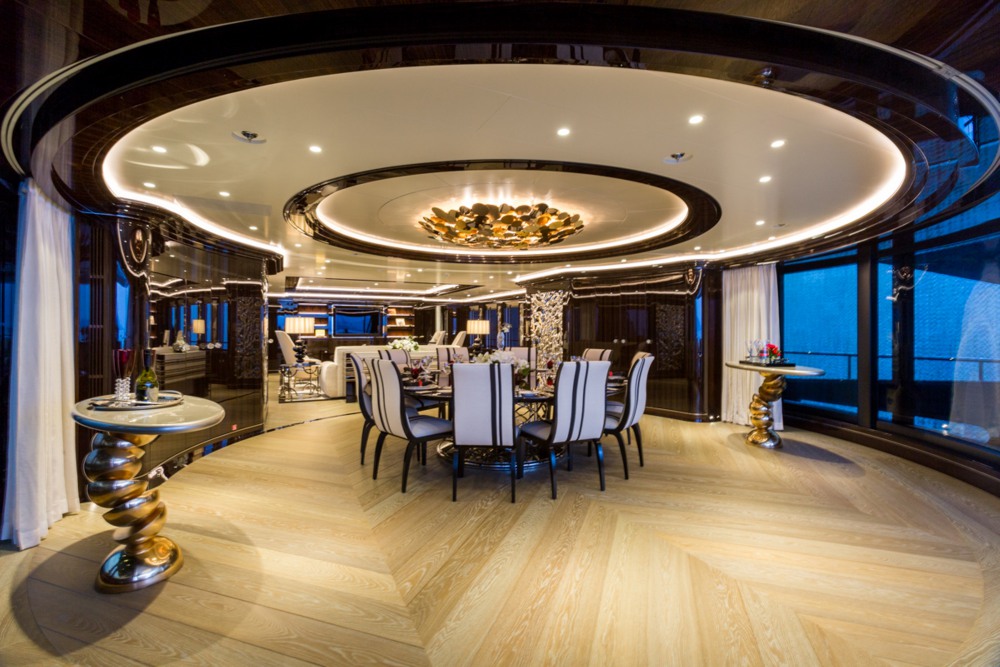 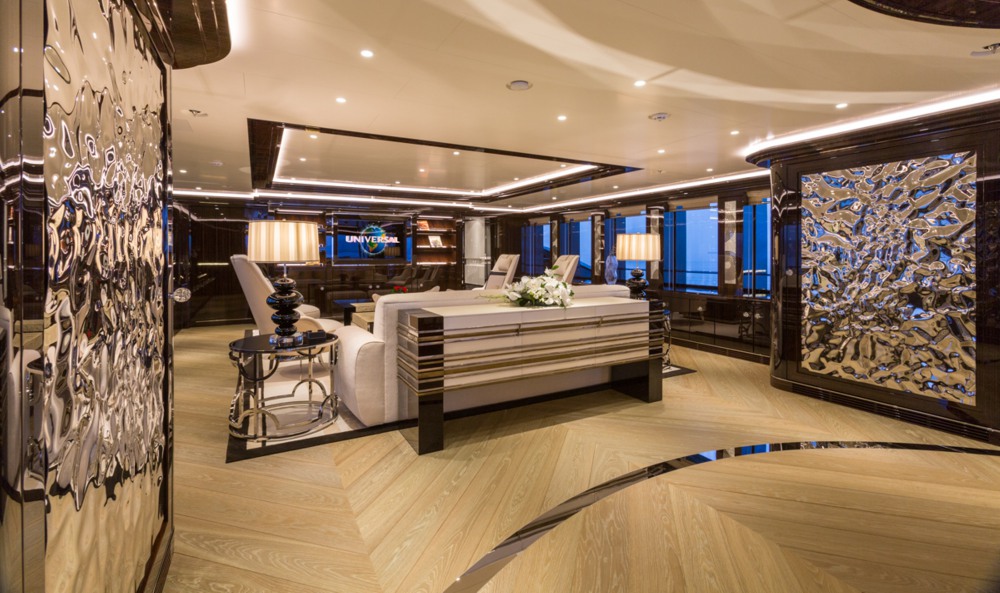 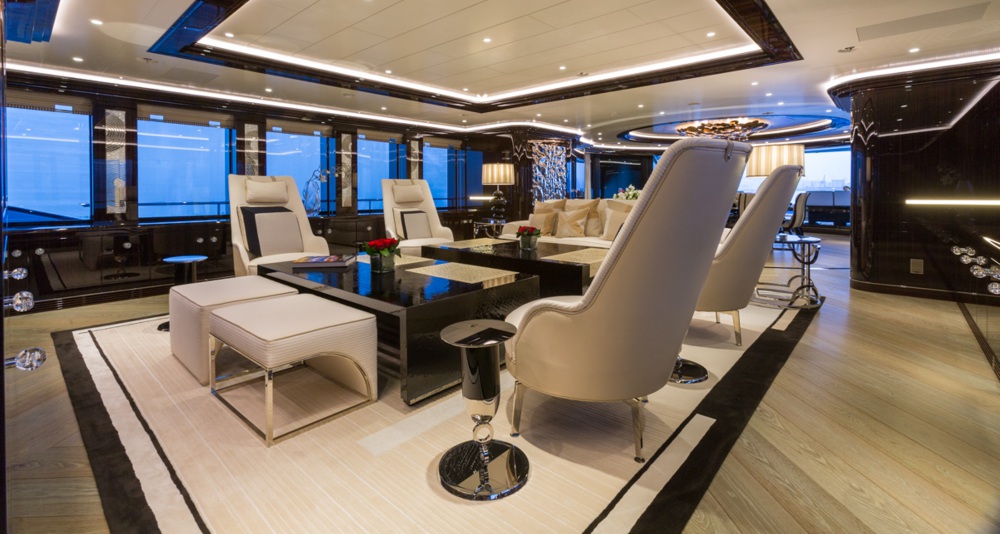 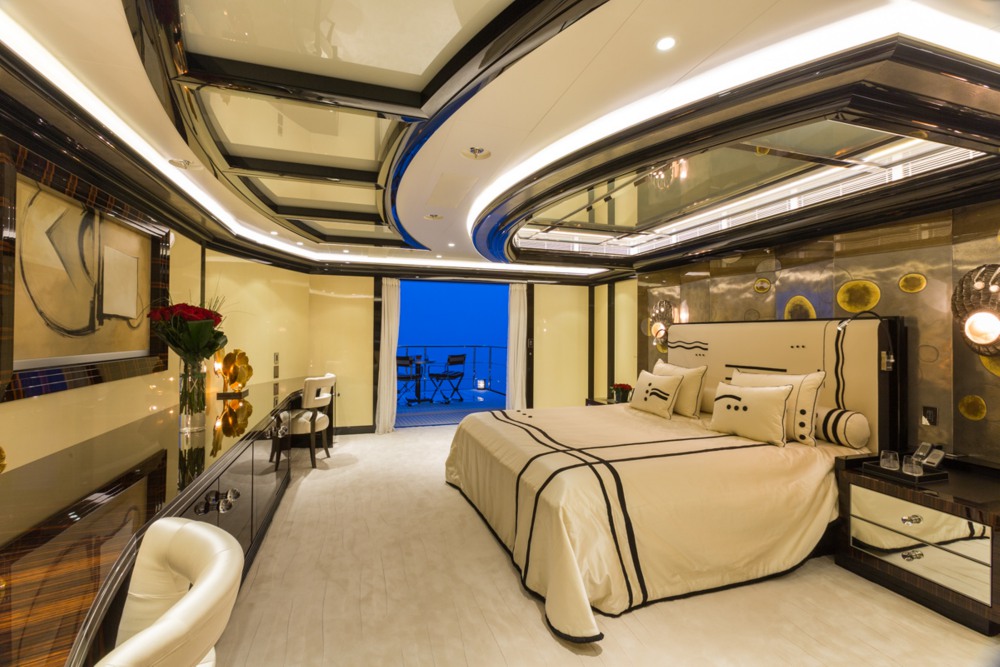 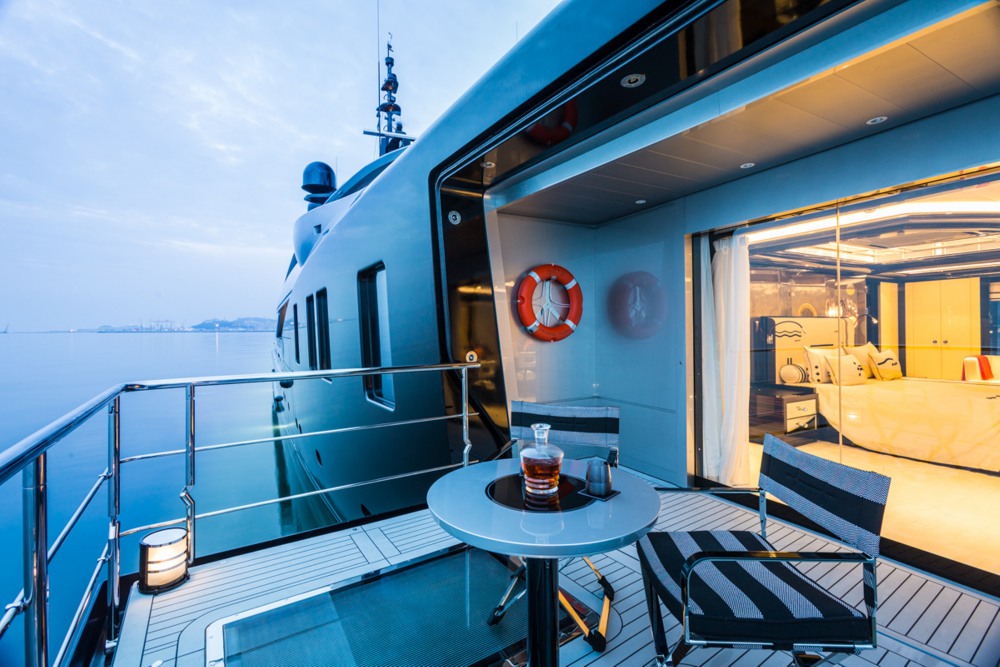 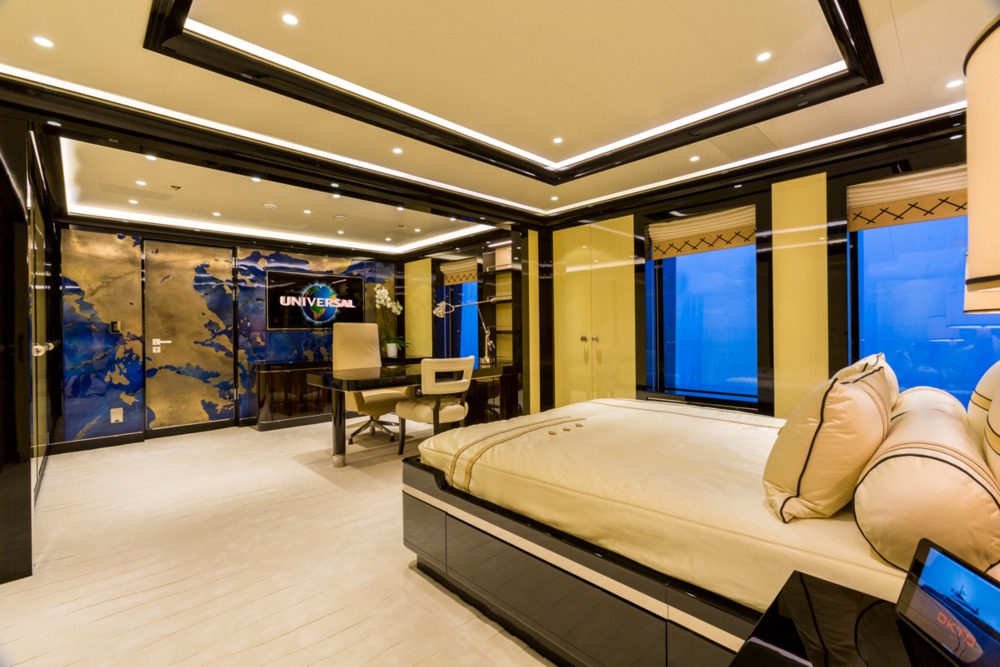 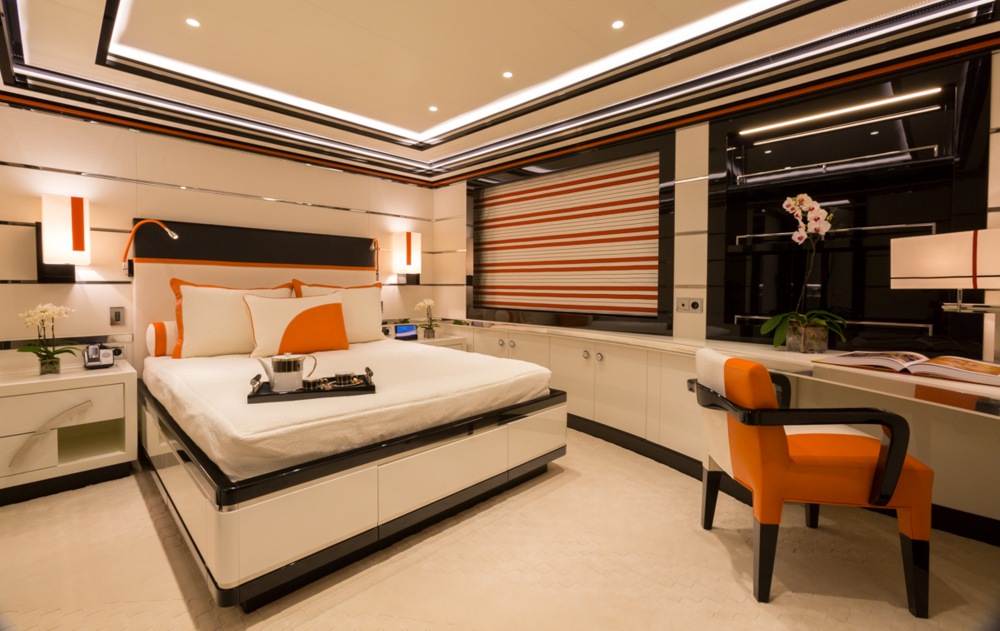 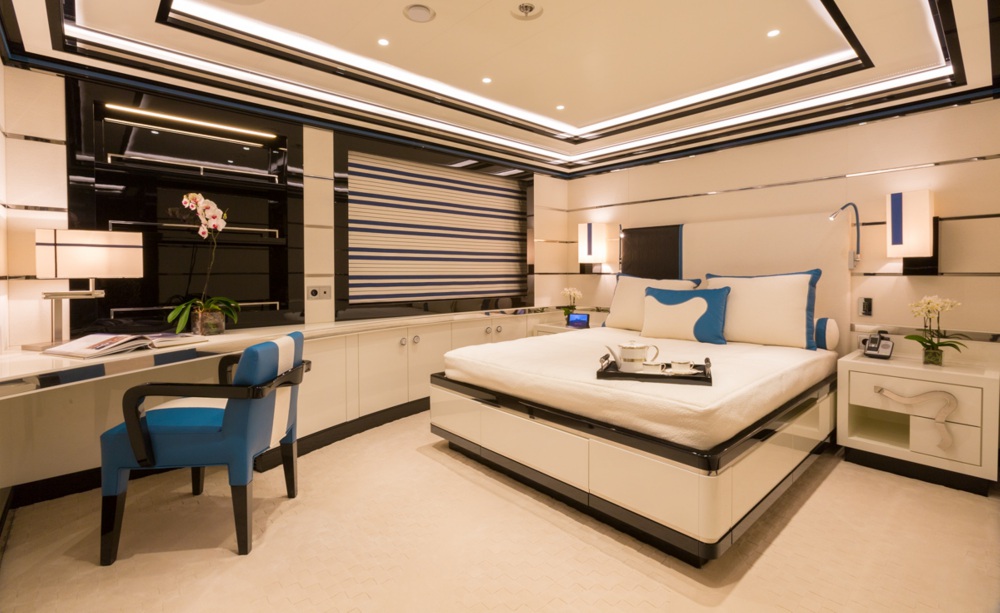 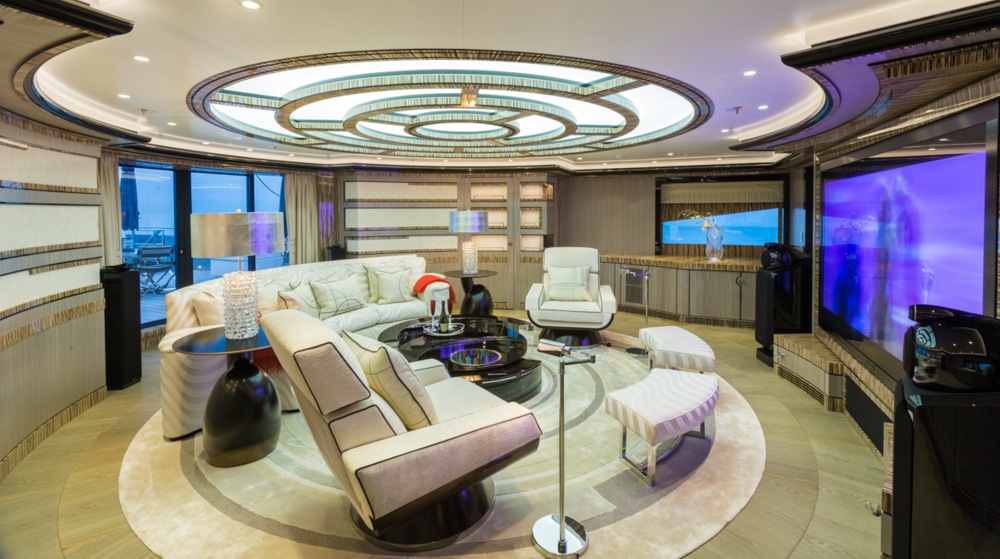 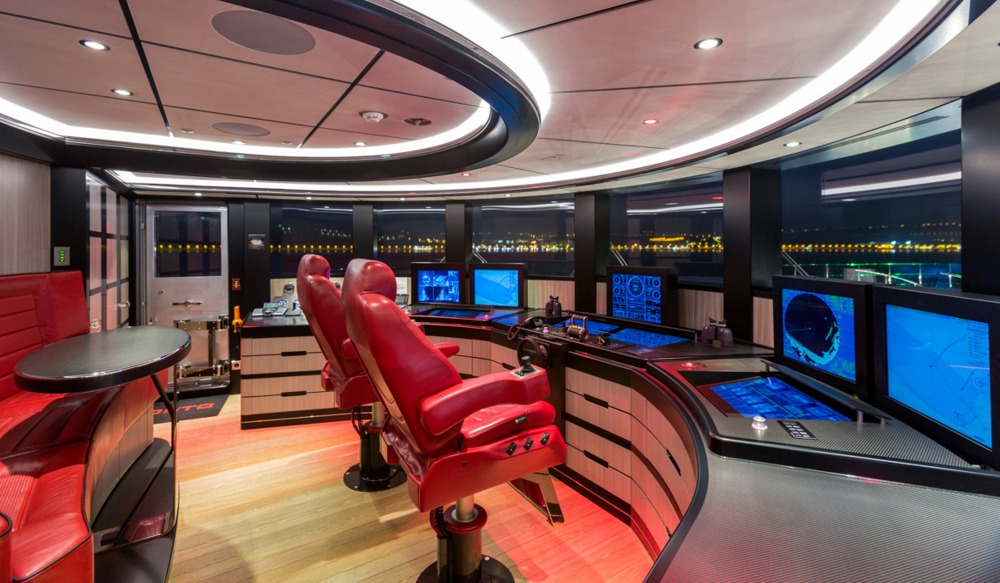 ISA Yachts Okto is a Black and Silver Beauty

You’d think it would be hard to make a megayacht look sleek yet, as we’ve seen on a few occasions, there are boat builders who have managed to do exactly that. One of the newest members of that exclusive club is ISA Yachts with the stunning 66 meter (217 ft.) Okto. However, this dreamboat is far, far more than just a metaphorical pretty face.

For one thing, the Okto carries not one, not two, but four tenders for ferrying guests and crew members between the yacht and dry land. Once aboard the boat, they can visit the 861 square foot main deck, which has plenty of room for sunbathing, dining, entertaining and dancing, all of which are enhanced by the Videoworks stereo system. The sun deck features hot tub and work out equipment, while the foredeck has a touch-and-go helipad designed specifically for a Eurocopter EC135. Venture into the lower decks and you’re greeted with an ornate interior designed by the late Alberto Pinto. The VIP cabin and each of the four guest cabins each feature their own color combinations, while the bridge deck boasts a cinema-grade lounge that’s dominated by a 103” plasma TV.

Of course, this black and silver beauty has no trouble moving itself along the water. ISA Yachts says the Okto cruises at 13 knots, and maxes out at 18 knots. But with all that luxury and amenities aboard, we’re guessing the Okto’s owner wouldn’t be terribly miffed if its top speed was 1.8 knots…