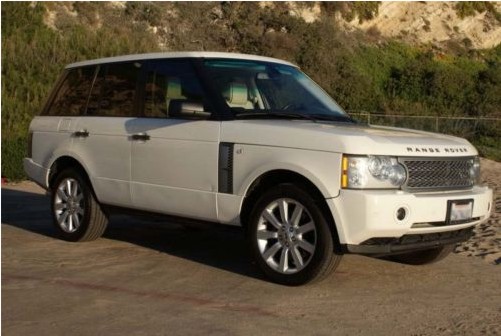 Even though there are many (some, like us, might argue far too many) Americans who are obsessed with celebrities and every infinitesimal thing they do, we doubt there are many folks who wonder “What do celebrities do with their cars when they’re done with them?” The answer, of course, is that they usually sell them, be it to a dealer, friend, relative, agent, publicist or some other member or their inner circle. Sometimes, though, star cars and trucks escape to the real world, and sometimes they show up on eBay. But we can’t remember the last time a star was selling a vehicle on the perennially popular auction website himself or herself. Leave it to one Pamela Anderson (no relation) to be the exception to the rule.

The world’s favorite chesty Canuck is looking to unload her 2007 Land Rover Range Rover Supercharged. This white-on-cream SUV is mostly stock, with a supercharged 4.2L V8 (borrowed from corporate sibling Jaguar) under the bonnet and belting out 400hp to a 6-speed automatic transmission and super sophisticated four-wheel-drive system. It won’t win any stoplight grands prix with the likes of a Cayenne Turbo S or Grand Cherokee SRT8, but it’s more than capable of getting out of its own way. Plus it will get over damn near any terrain short of molten lava. 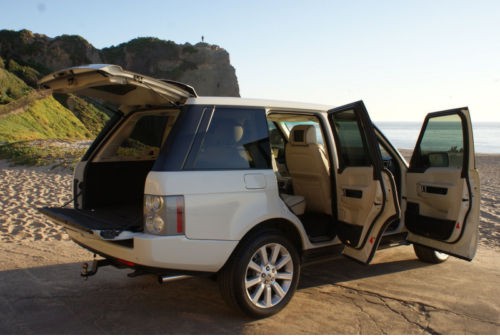 You’ll also be traveling in the lap of luxury, with acres of leather and wood trim, plus a set of aftermarket rear seat LCD monitors. However, would-be buyers should know that the interior is not pristine. Anderson points out that the leather on the driver seat (Exactly why the noted vegan and animal rights campaigner didn’t have the cockpit re-trimmed with cloth or vinyl is anyone’s guess…) was worn and scuffed when she let ex-husband and father of her two sons Tommy Lee borrow it, and his wallet chains were apparently responsible for chewing up the hide. And speaking of the former couple’s sons, Pam says they are responsible for the stubborn sand and surf wax residue in the cargo area and rear compartment. In other words, the interior looks like that of a normal person’s used car.

However, the proceeds of this sale will not be put toward normal people things like mortgage payments or college tuition. Instead, Her Buxomness is donating 100% of the price to the J/P Haitian Relief Organization. This charity (which you can learn more about here) is dedicated to helping the impoverished island nation rebuild from the devastation caused by the 2010 earthquake, and just because you aren’t hearing about the issue on the news anymore doesn’t mean the people of Haiti aren’t still struggling. So that’s extra incentive (on top of being able to park your posterior where the sex symbol of the ‘90s parked hers) to bid early and often. And if the sale price tops $50,000, Anderson will personally hand you the keys when you take delivery. No, she did not specify whether or not she is willing to do so in a red one-piece… 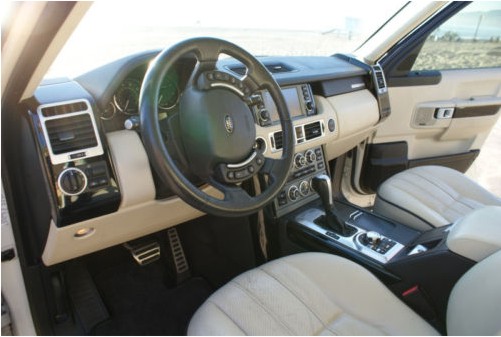 If this sale piques your curiosity (and there are plenty of reasons why it might), you can check out the listing here. The auction ends Thursday night, so start mining your sofa and your friends’ sofas for coinage now. The people of Haiti will thank you.