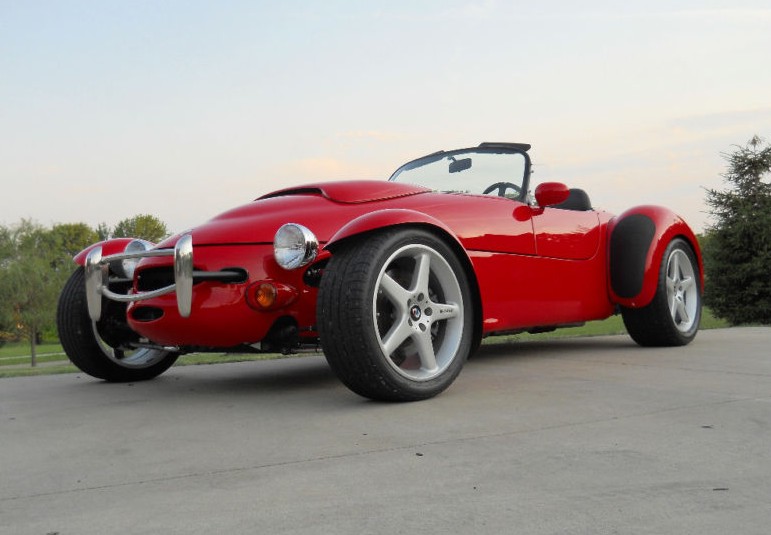 Over the years, scores of independent sports car makers have come and gone. One of the rare few that has survived long term is Panoz, a Georgia-based company started by Danny Panoz, son of billionaire entrepreneur and American Le Mans Series founder/owner Don Panoz. You’ve probably heard about the Panoz nameplate’s on-track success, and you might have seen the company’s newest offering for the street, the Abruzzi Spirit of Le Mans.

But how did the company start out? Well the first Panoz-badged car was the Roadster, a barebones, cycle-fendered go kart for the road. Forty-four of them were produced from 1992 to 1995. For 1996, it was replaced by a vehicle that looked quite similar, but was very different underneath and bore the name AIV Roadster. And the 1998 example seen here is up for grabs on eBay. 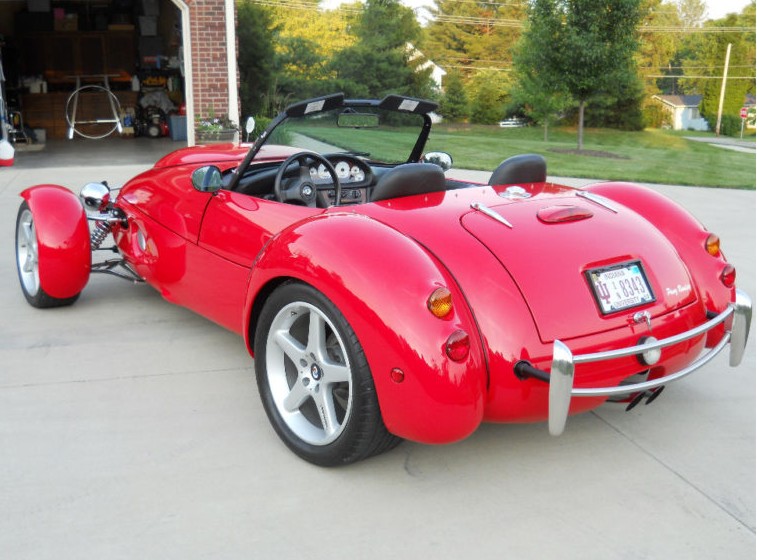 Now about those changes under the skin made to the AIV Roadster. The AIV in the name stands for “aluminum intensive vehicle,” partly because it featured an all new aluminum chassis underneath the mostly carryover aluminum body, and partly because it’s new engine was the aluminum 4.6L DOHC Modular V8 borrowed from the contemporary Ford Mustang Cobra SVT, making the same 305hp and 300 lb.-ft it did in the ‘Stang. (The 5-speed manual transmission was also borrowed from the Mustang Cobra.) All told, the car was about 70% aluminum, making it considerably lighter than the original Roadster, which was on the waifish side to begin with.

This particular AIV Roadster was purchased from a dealer less than 12 months ago, and the current owner says he’s put less than 600 miles on the clock since then for a grand total of 6,100 miles. For those of you keeping score, that works out to an average of about 469 miles a year. Wowzers. If we had one of these, we’d probably put on 469 miles a week. 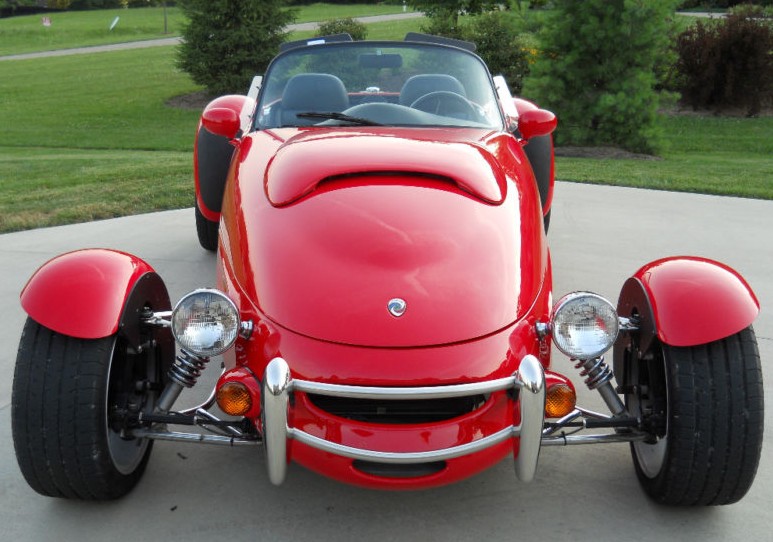 Sadly, we’re in no position financially or logistically to adopt this red devil from its climate controlled garage in Bloomington, Indiana. But maybe one of you out there in the vast sea of IP addresses is. The reserve remains unmet at this writing, but it can be snapped up in one fell swoop for $40,000. Sure, that sounds like a lot for a 13-year-old car that looks like something that could have sprung from the contents of a collection of wooden crates with the same return address. But serious car nerds like us will know what it is and give you props for driving one of these super elemental, super cool sporting machines.