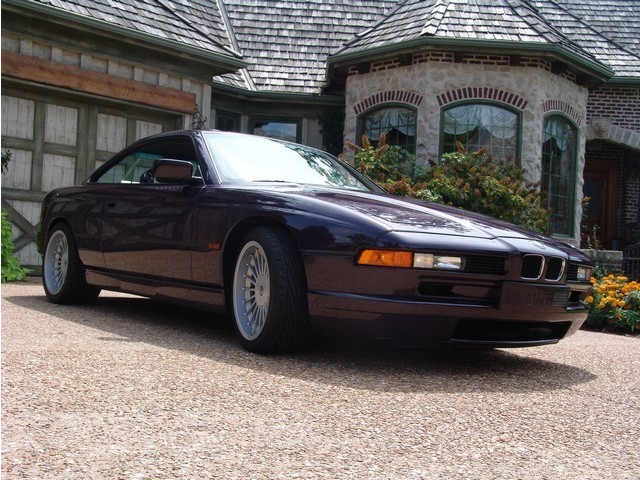 The original BMW 6 Series (also known by the chassis code E24) was a handsomely styled, deceptively nimble midsize luxury coupe which was beloved by the motoring press, coveted by style-conscious Yuppies and well-funded car geeks alike, and cleaning up on the race track in series ranging from the European Touring Car Championship to, ah, the 24 Hours of LeMons. In short, it was a home run.

Now the two-door flagship that followed, on the other hand, was a swing and a miss. Known within BMW and to the brand’s fans as the E31, and to everyone else as the 8 Series, this “pillarless” hardtop was big, complicated, and polarlizingly-shaped. Granted, the 8 Series wasn’t intended to be the 6 Series’ direct successor, but a lot of Bimmerphiles were (and still are) left cold by it. But there was an 8er that even the people who firmly believe that every BMW should be an ultimate driving machine can endorse…and there’s one currently for sale on eBay. 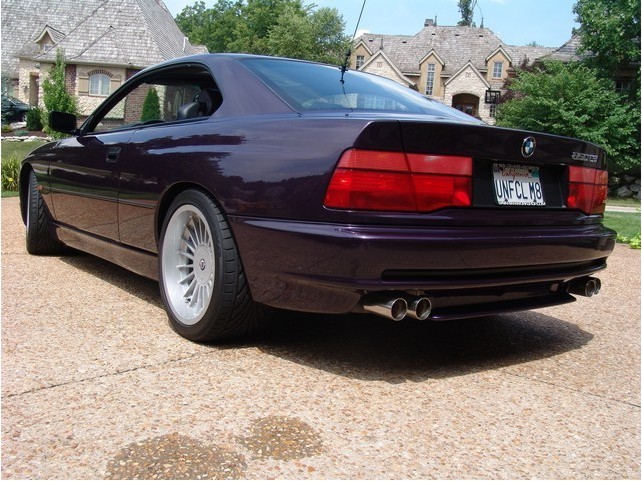 The purple powerhouse you see before you is a 1995 BMW 850CSi. As was the case with the BMW’s previous big coupes, the “CSi” stood for “coupe sport injected,” not “crime scene investigation.” And there was plenty of sport to be had in the 850CSi. While the base model (840Ci) featured a V8 and the next step up (850i, later renamed 850Ci) got around with a V12, the 850CSi featured an enlarged, freer-breathing version of the V12 codenamed S70B56. It displaced 5.6L and produced 375hp, increases of 0.2L and 49hp over the 850Ci. And while the 850Ci had a 6-speed manual transmission as an option, it was the only transmission offered in the 850CSi. If that doesn’t tell you that BMW positioned this car closer to the grand tourer end of the spectrum than the personal luxury car end, you haven’t been paying attention.

And speaking of attention, this baby will get you gobs of it, and not just because of the aforementioned Daytona Violet paint (supposedly the only one of the 225 850CSis ever imported to the U.S. wearing this hue). No, it also has a set of 18” alloys from BMW’s longtime quasi-factory tuner Alpina and a custom two-tone white and violet leather interior. Put it all together and it makes you wonder how the term “shrinking violet” could have possibly come into being. 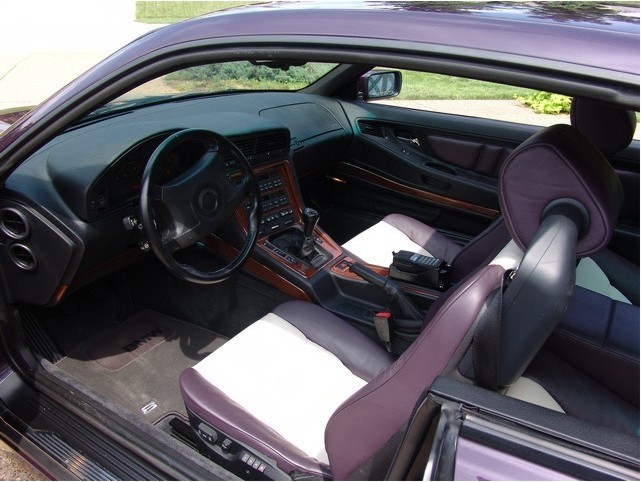 And in case the visuals and performance aren’t audacious enough for ‘ya, then check out the price. No bids at this writing, and the would-be buyer is being asked to fork over at least $59,900. However, if you want to definitively bag this Bimmer, the Buy It Now price is $67,900. That’s profanely strong money for a 16-year-old German luxury car, especially when you consider the maintenance and repair costs for a 16-year-old German luxury car (Hint: You’ll be asked to bend over and drop your lederhosen early and often. Proverbially, anyway.). But when you consider how rare the 8 Series is to begin with, then factor in that this is a CSi, in violet, with a matching interior, it’s extremely likely that you’ll be the only one of your kind at any given show, even a big BMW gathering like Bimmerfest.

So what do you think: Would you rock this grape-flavored flyer or not? Discover more info in the listing and have your say in the comments section.