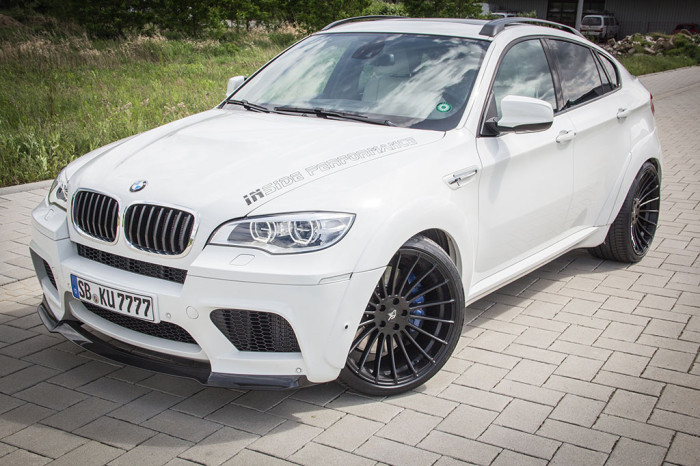 Say what you will about the BMW X6 (the Munich marque’s wacky Wuzzle of a motorcar), but it is selling at least well enough to merit a second-generation of the model (codenamed F16). What’s more, although BMW’s logic for building it might be questionable, at least there’s no question that it does perform like a BMW, particularly in guano-frosted-‘shrooms X6M form. That thing is so absurd you really can’t help but love it. 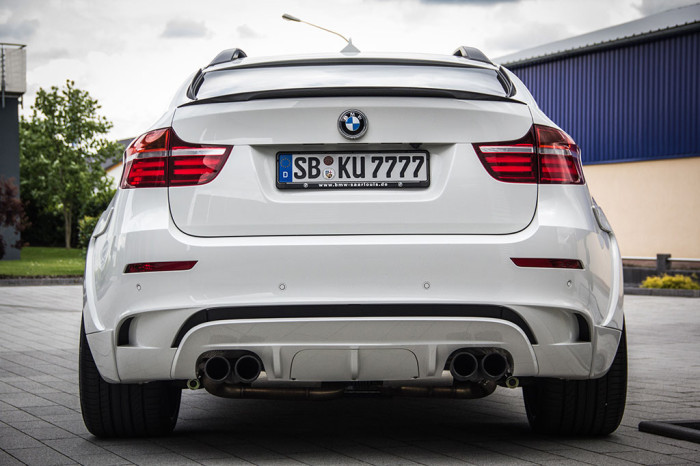 Of course, a tuned X6M should be even more lovable and, if you ask us, this particular tuned X6M from Inside Performance is that. The company calls it the White Shark, but it doesn’t really mind us of a shark. Yeah, it does look more muscular with the new fascias, fender flares, side skirts and dual rear lip spoiler, plus a coilover suspension kit and a set of matte black 22” wheels from Hamann. But a big carnivorous fish this is not; maybe a pissed-off white whale would be a more apt aesthetic comparison. 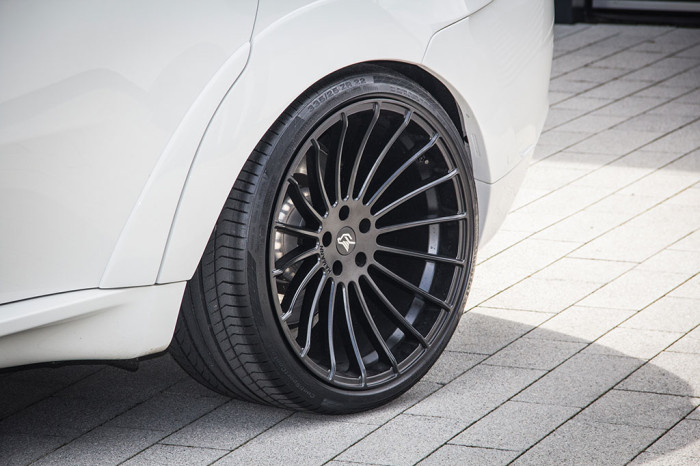 And like the single-minded skipper in that well-known Melville yarn, you’ll be feeling the fury of this albino beast if you provoke it. Inside Performance has fitted the 4.4L twin-turbo V8 with a remapped ECU, performance exhaust system and a few other goodies to uncork 690 horsepower and 738 lb.-ft of torque. That’s purportedly sufficient to get the White Shark to 62 mph in 3.8 seconds, and onward to top speed of 199 mph. That’s fast enough to outrun just about all the haters. 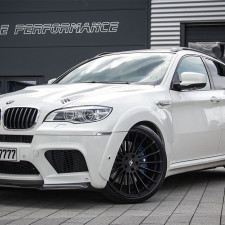 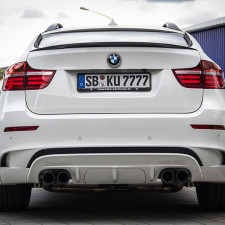 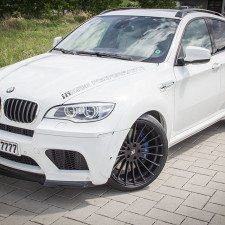 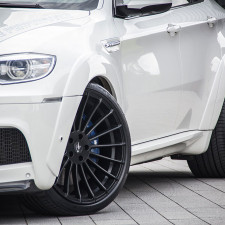 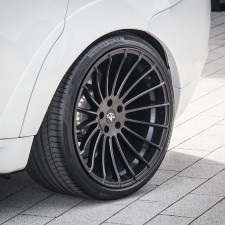 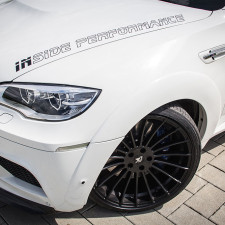