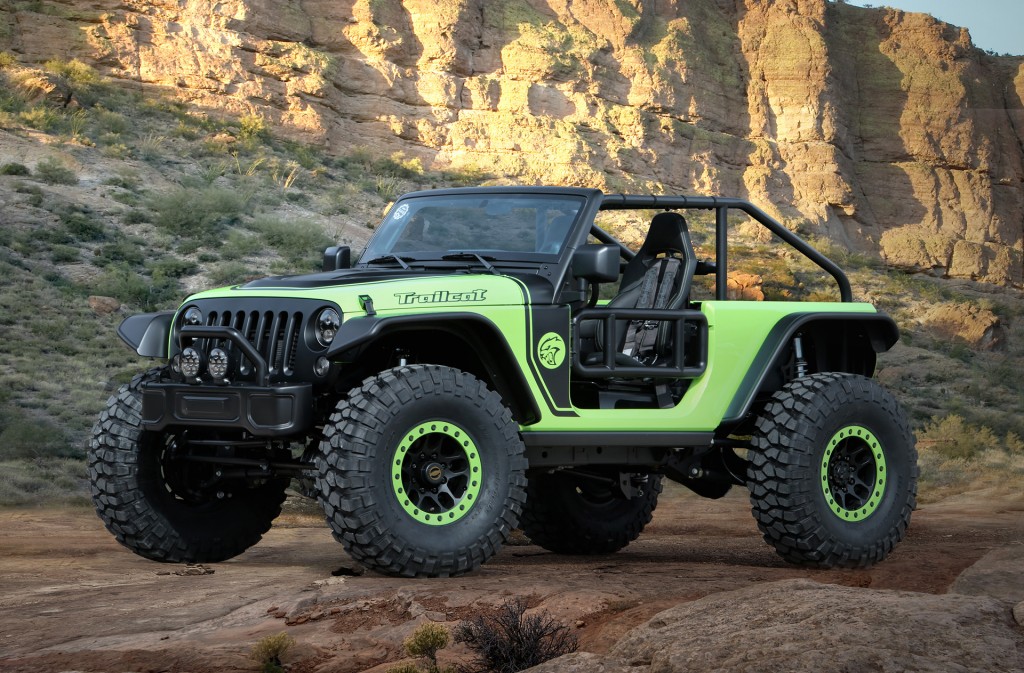 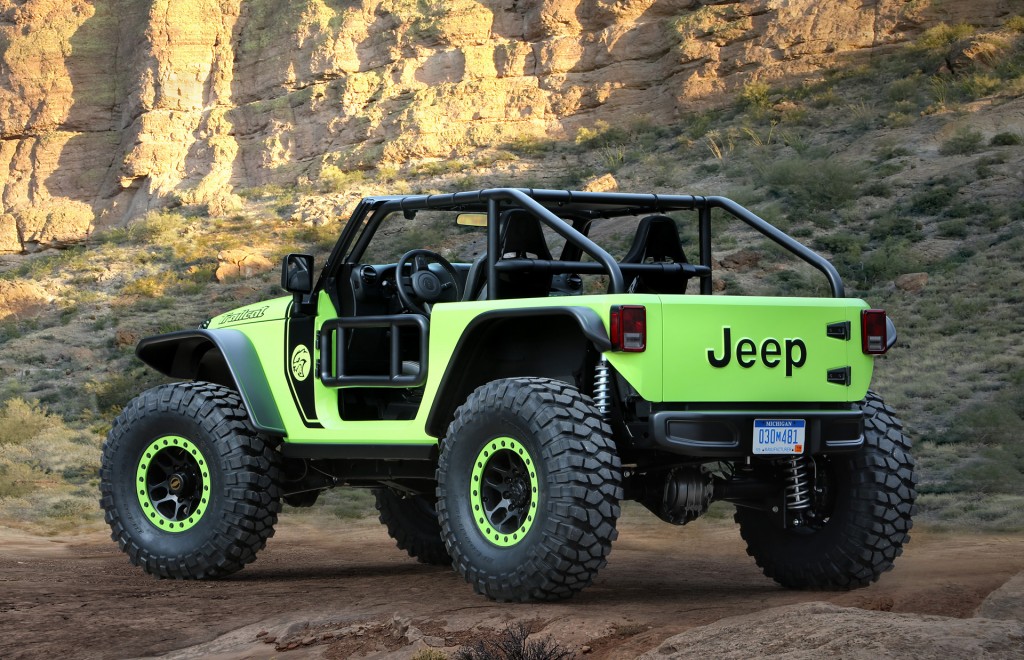 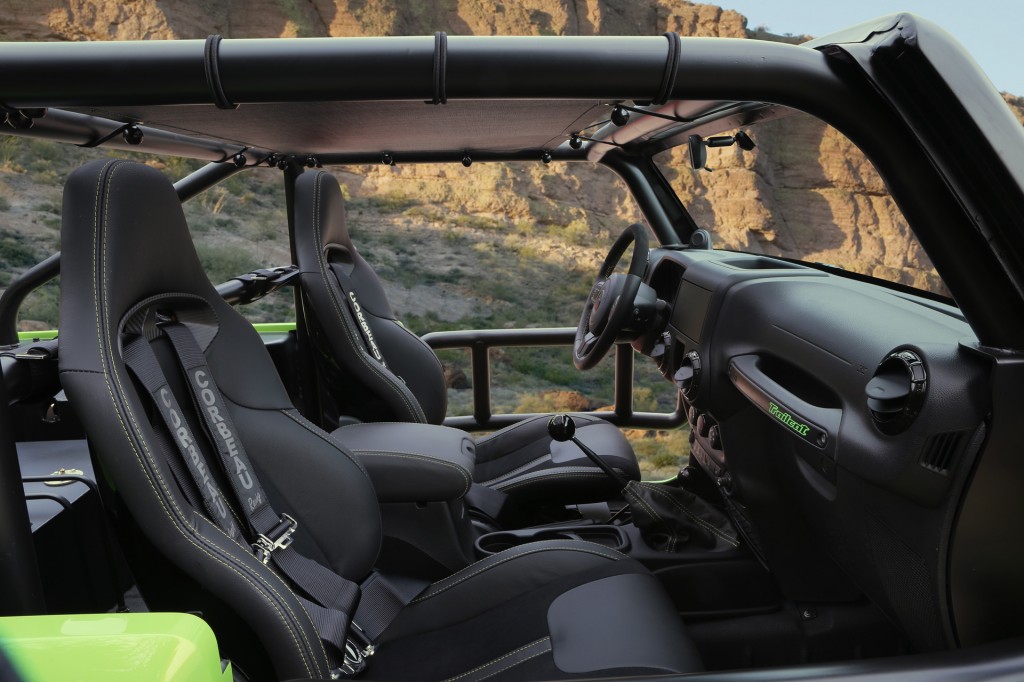 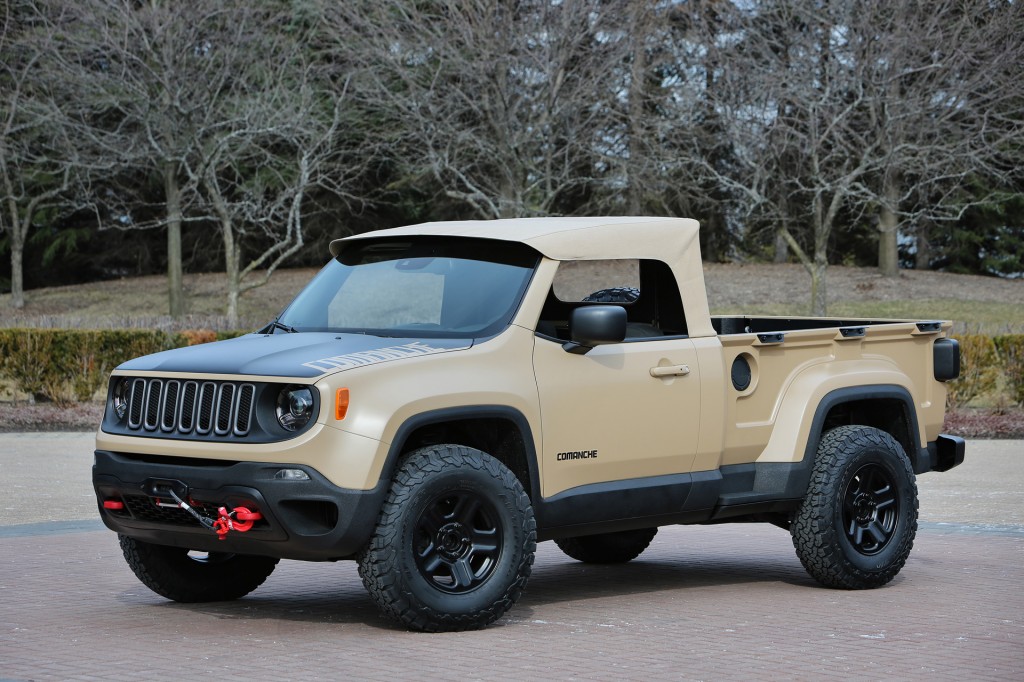 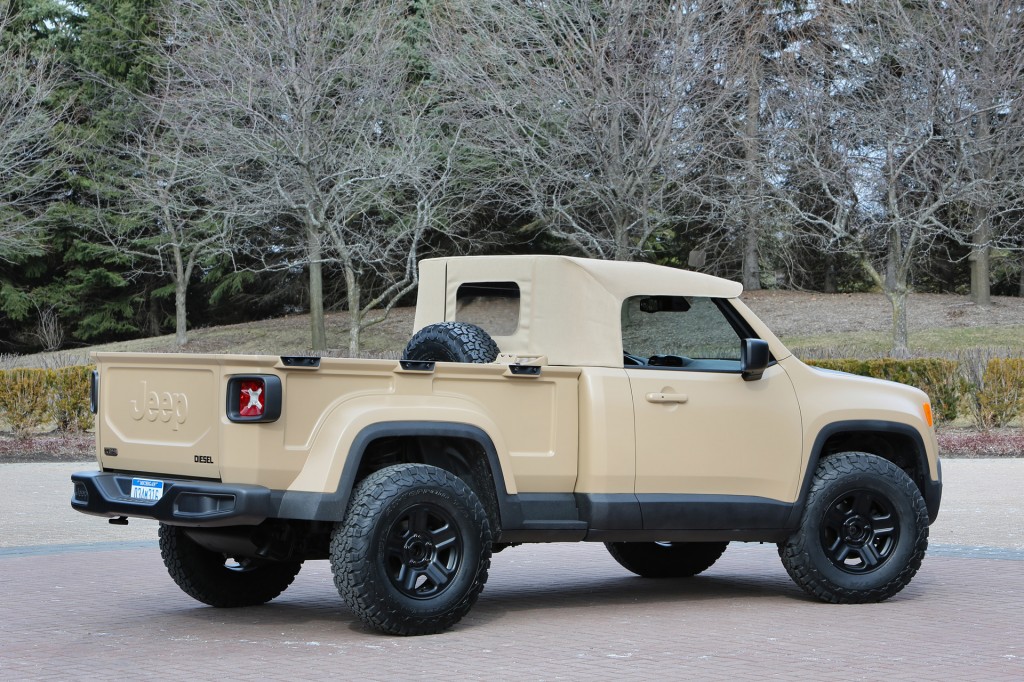 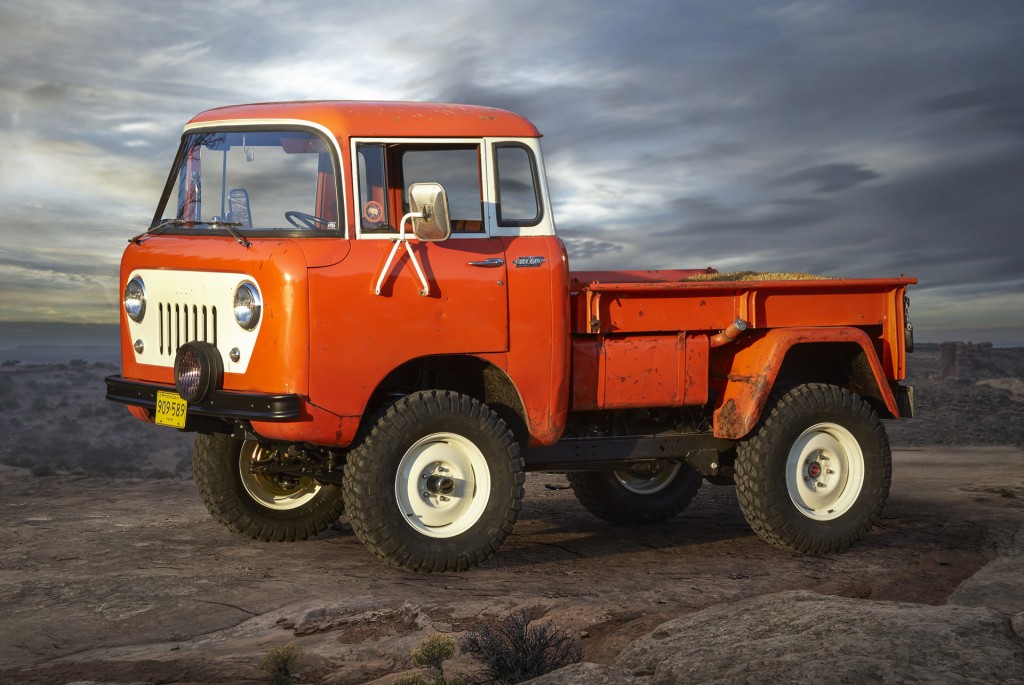 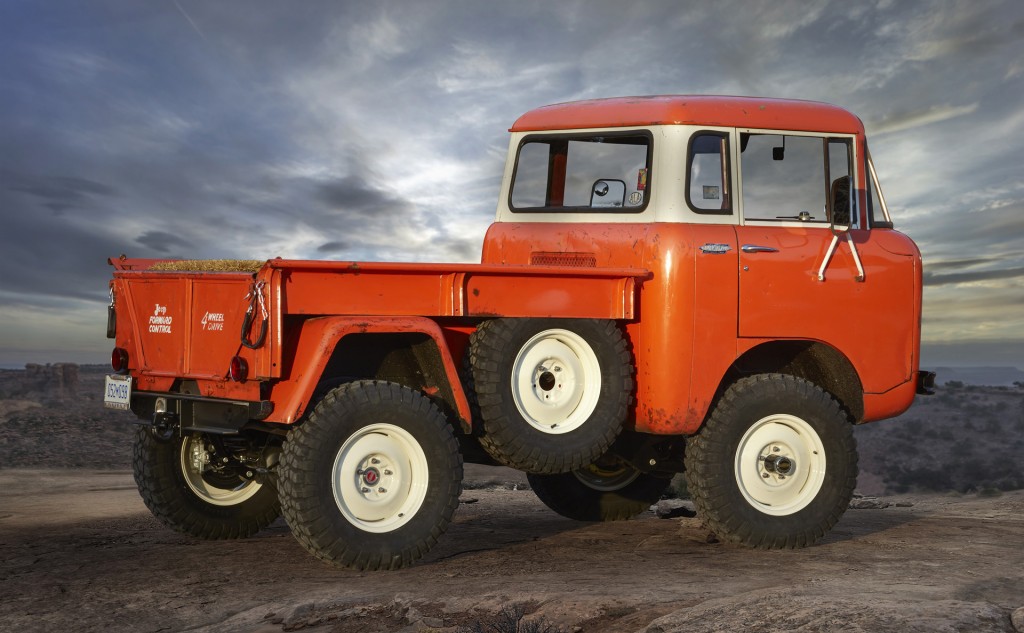 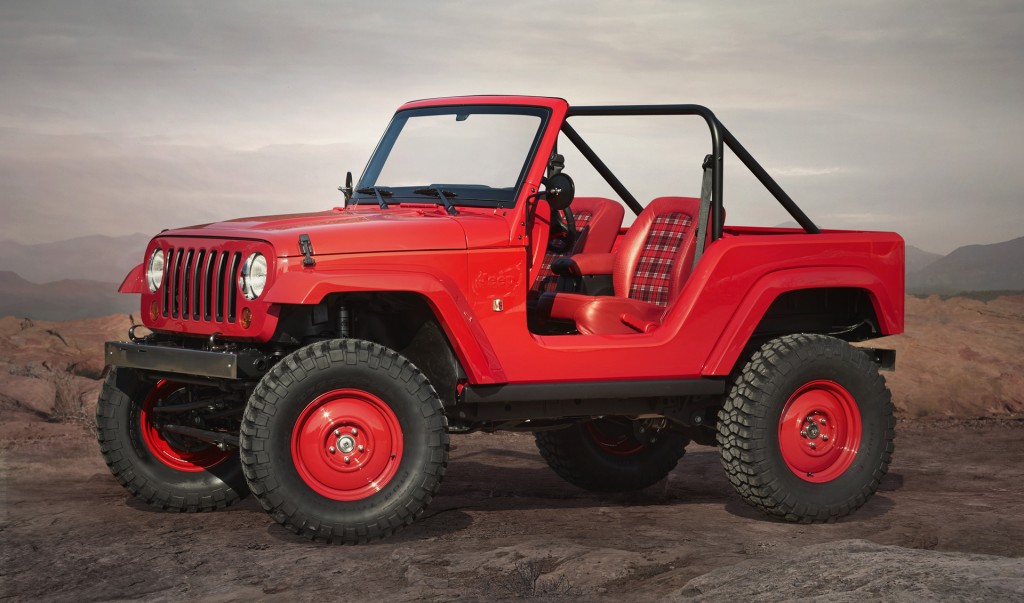 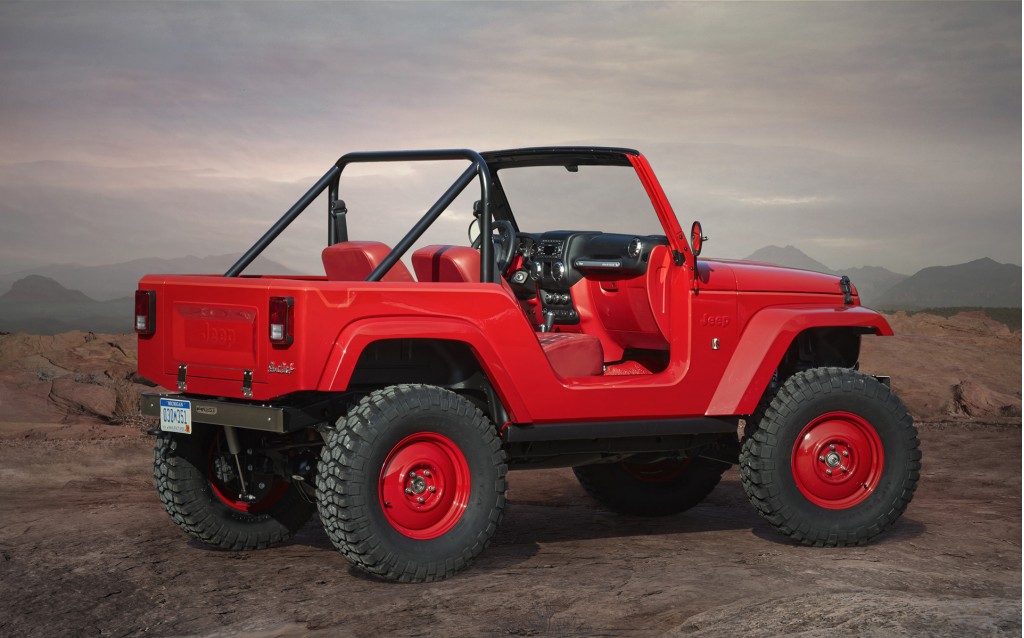 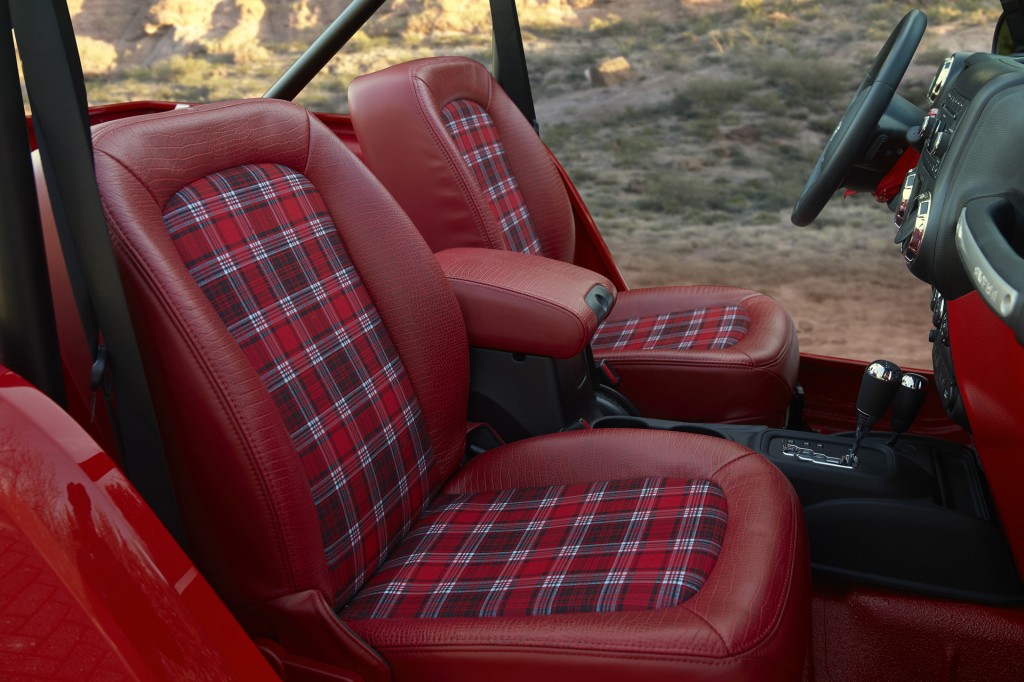 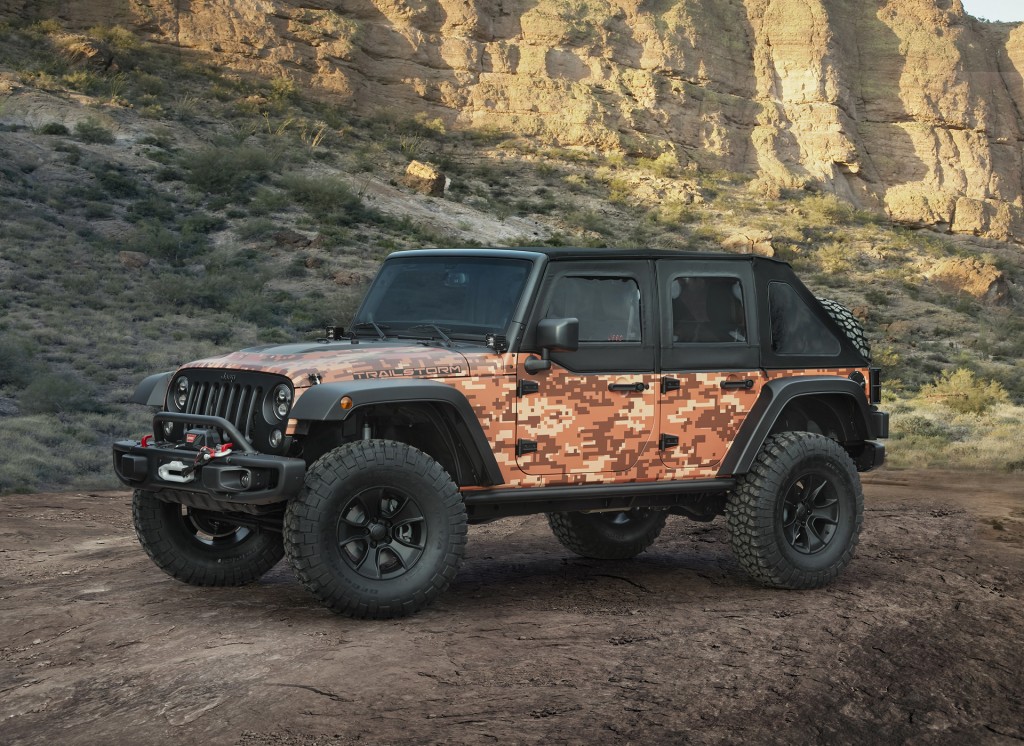 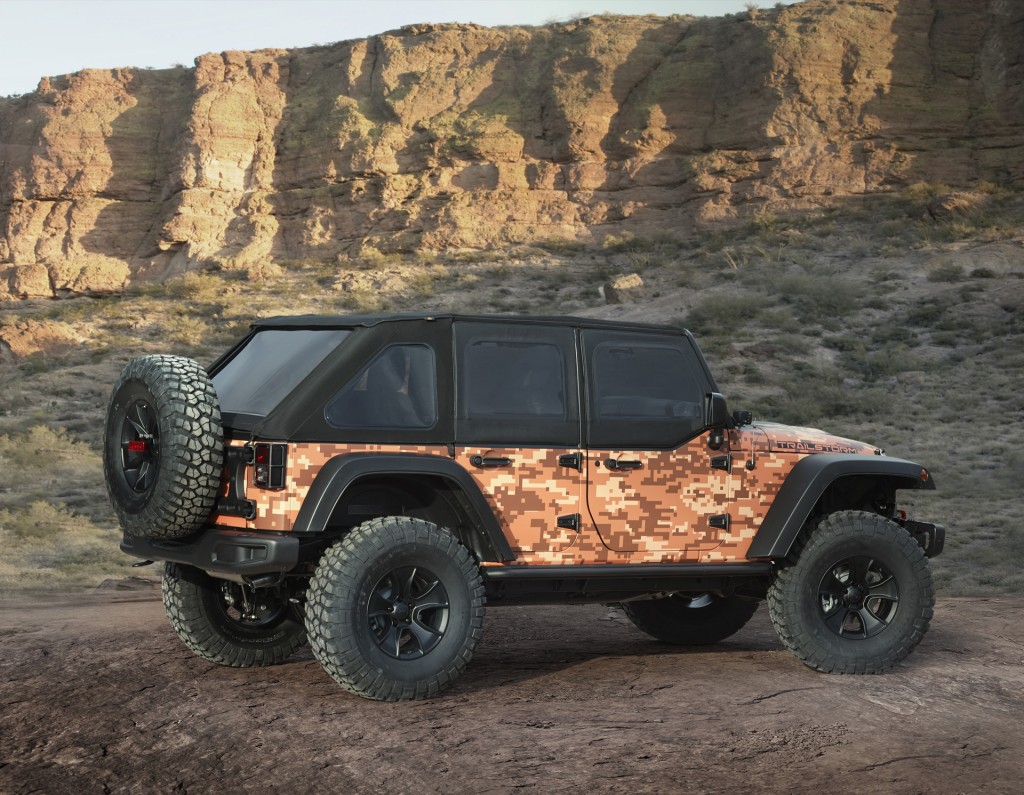 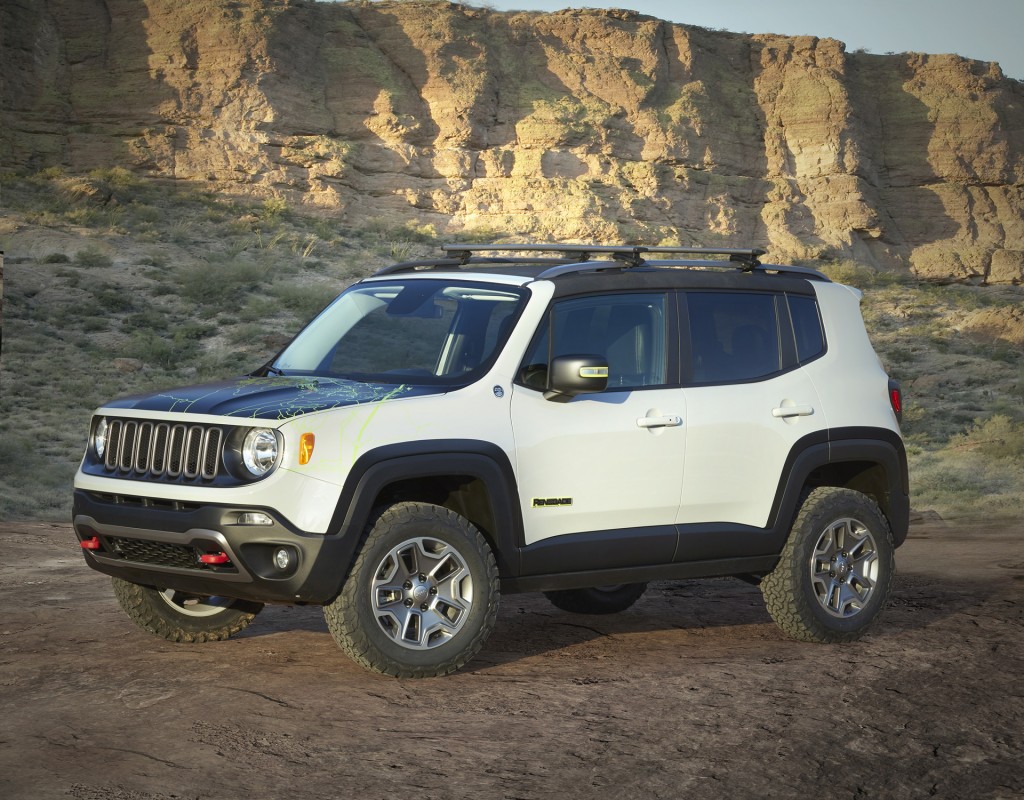 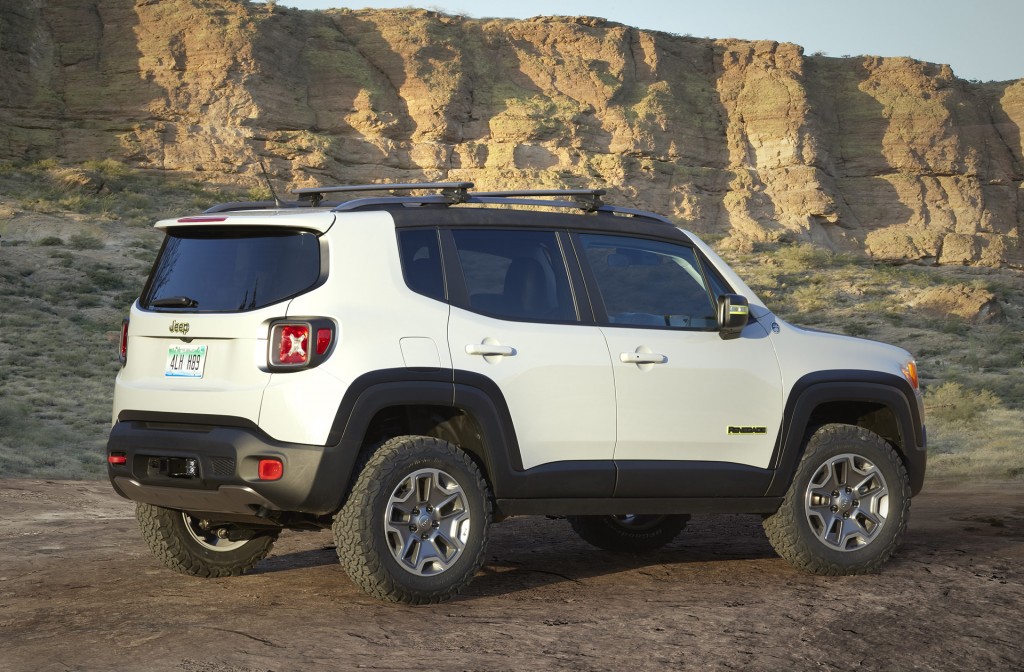 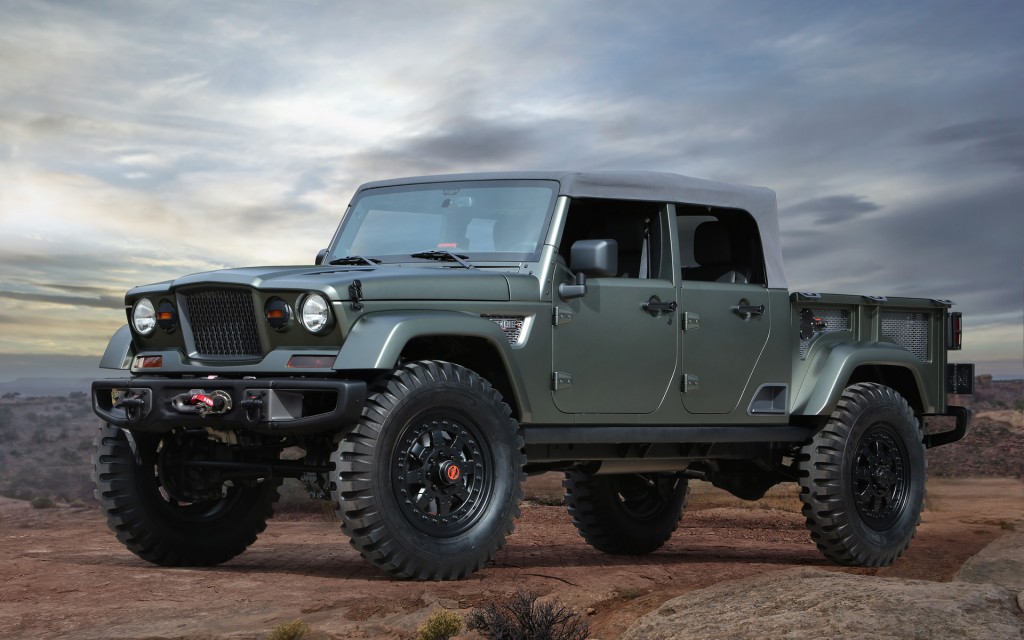 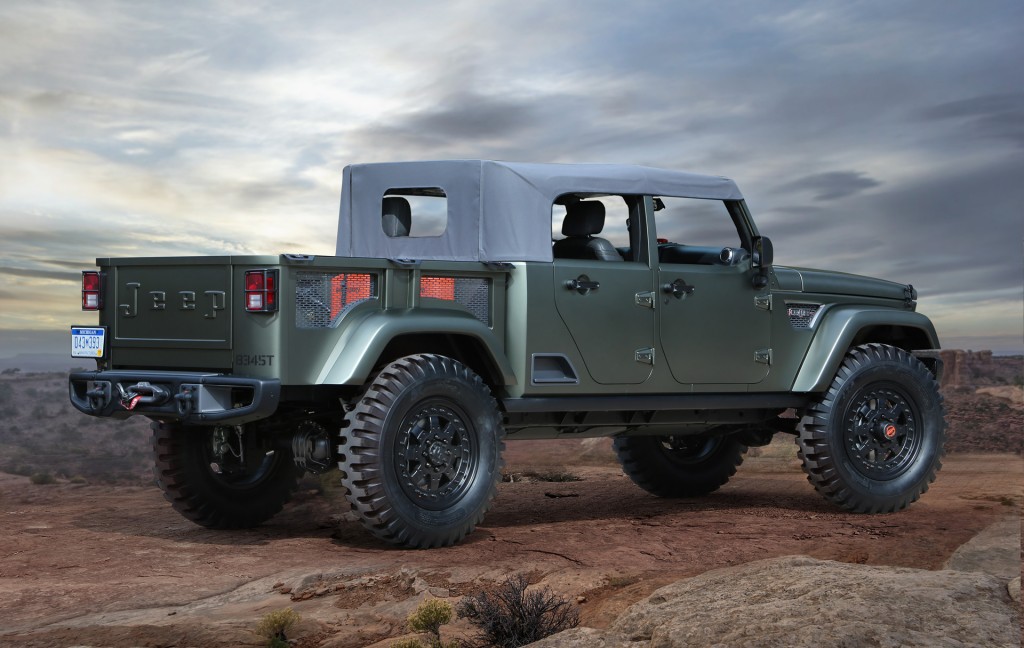 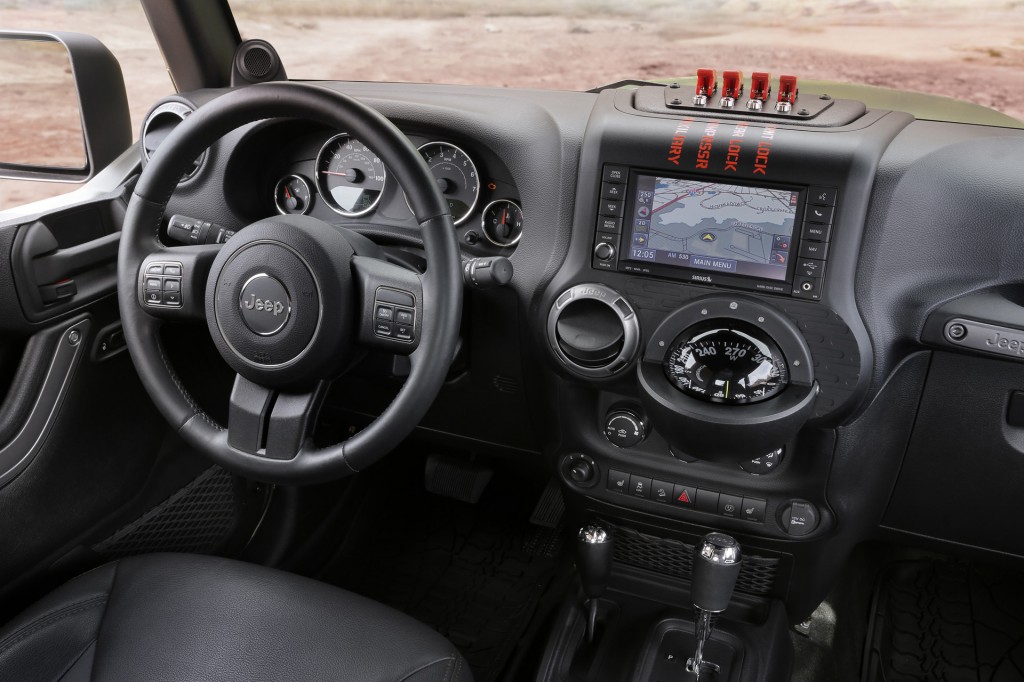 Ridiculously awesome though the Hellcat engine (a.k.a. SRT’s 707 horsepower supercharged 6.2L version of Chrysler’s third-gen Hemi V8) may be, it’s currently only available in two vehicles, the Dodge Challenger and Dodger Charger. However, it’s looking more and more like Mother Mopar is contemplating a third application for the monster motor, if the Jeep Trailcat Concept is any indication. This Wrangler-based beast (which also features a stretched wheelbase, shortened windshield and a full roll cage, among other things) is just one of the seven concept vehicles Jeep put together for this year’s Easter Jeep Safari in Moab, Utah. We seriously dig most of those other concepts, including the Shortcut (a retro-styled one-foot shorter Wrangler inspired by the classic CJ-5), the Comanche (a diesel-powered roadster pickup based on the diminutive Renegade crossover), and a 1960 FC 150 Forward Control pickup that’s been plopped onto a 2005 Wrangler’s chassis and drivetrain.  Never let it be said that Jeep doesn’t know how to preach to the choir…and draw in quite a few new parishioners.