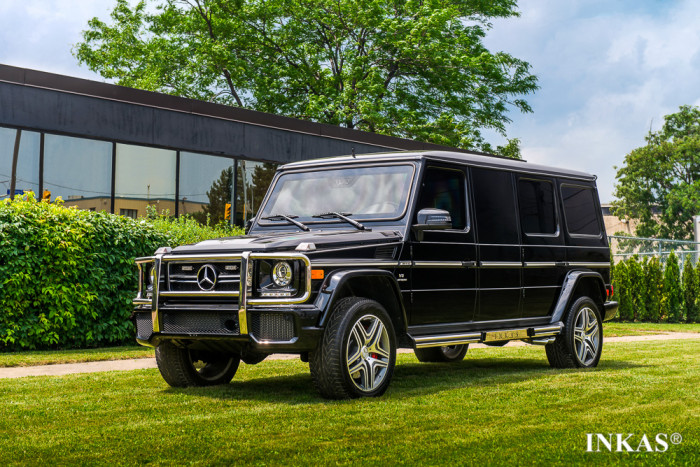 Not to get all Negative Nancy on you, but the world seems to be getting crazier by the minute. People are blowing each other up over things that are super, super trivial in the grand scheme of things. It’s almost enough to make you want to sell all your possessions, buy a few dozen acres out in the sticks and become a shepherd. Or, if you’re a person of considerable financial means, you could just drop a few hundred grand on an armored SUV. 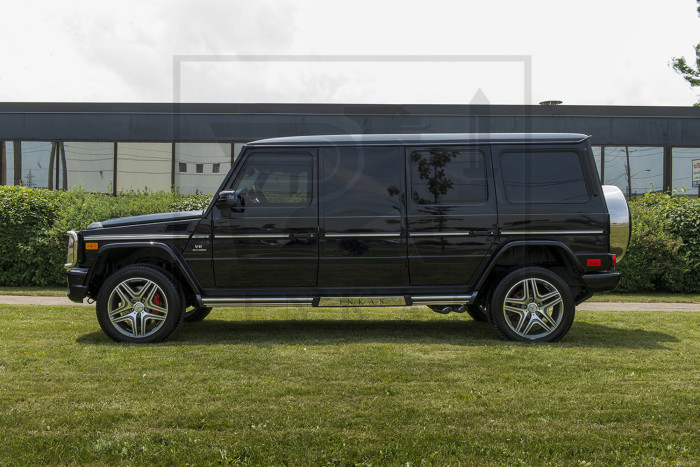 Sure, you could go with something low-key like a Suburban that’s less likely to inspire ne’er-do-wells to test the vehicle’s ballistic capabilities. That’s what most armored vehicle buyers do. But for folks who don’t consider themselves to be most armored vehicle buyers, the Canadian company INKAS offers the flamboyant fortress you see here. As if it wasn’t outrageous enough to bulletproof a Mercedes-Benz G63 AMG (Specifically, INKAS says it will absorb 7.62mm rounds, .308 Winchester full metal jacket rounds, and a pair of simultaneously-detonating DM51 grenades.), the company also went ahead and added 24” of length between the front and rear doors. Yeah, now the 5.5L twin-turbo V8 really has its work cut out for it… 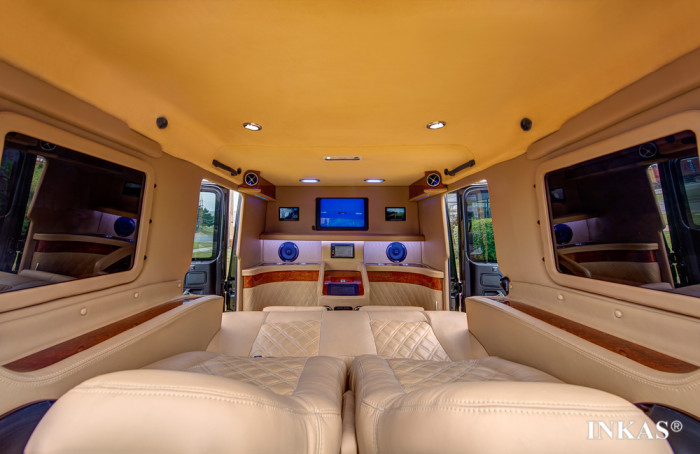 Of course, even though all the extra heft has neutralized most of that typical Mercedes-AMG athleticism, it hasn’t had an impact on the luxuriousness of the interior. In fact, INKAS has cranked the opulence up well beyond what the factory installs. The entire rear cabin (which is now partitioned from the front seat area) is trimmed in lavish wood and leather, plus top-of-the-line entertainment and – unsurprisingly for a vehicle of this nature – security/monitoring systems. If you can scrape together the roughly $450,000 needed to buy one of these portable panic rooms, you’ll have until at least September to do so, since that’s when INKAS says it will begin deliveries. 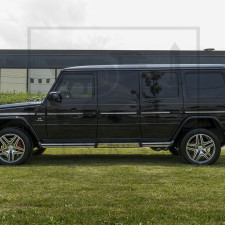 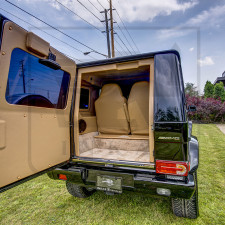 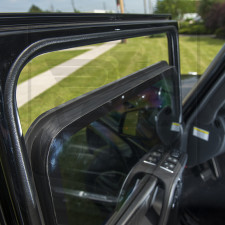 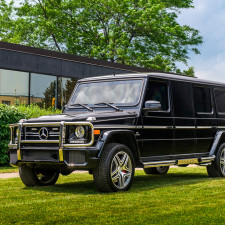 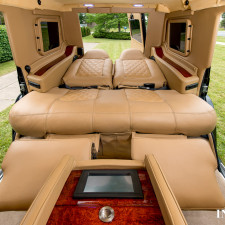 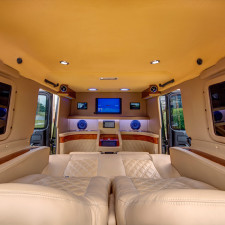 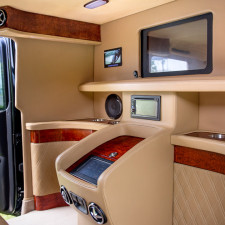