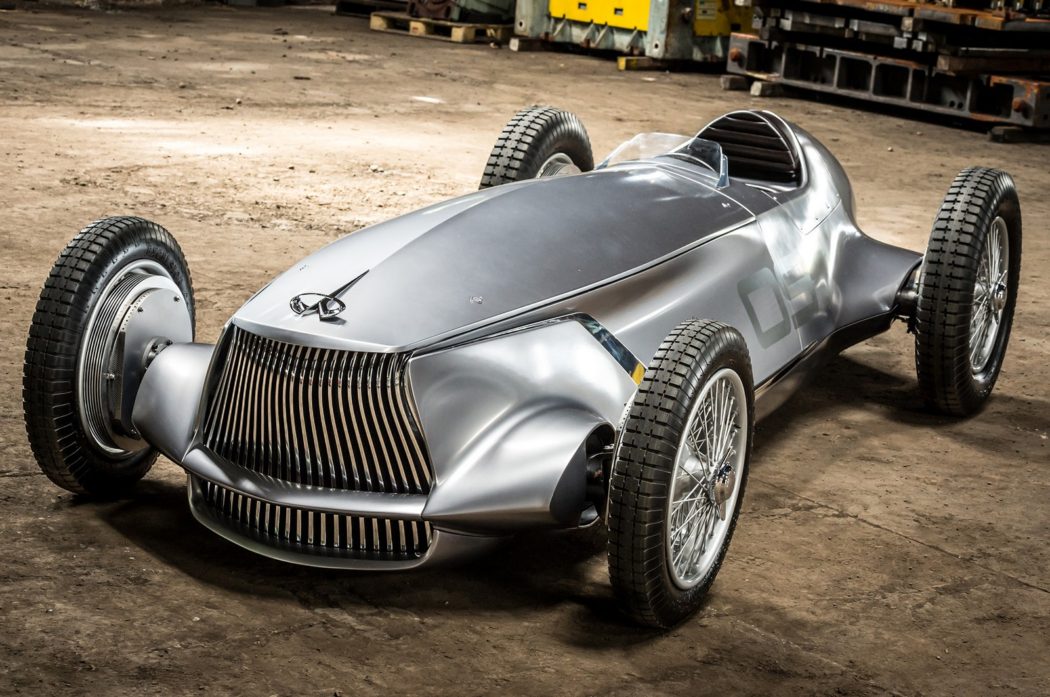 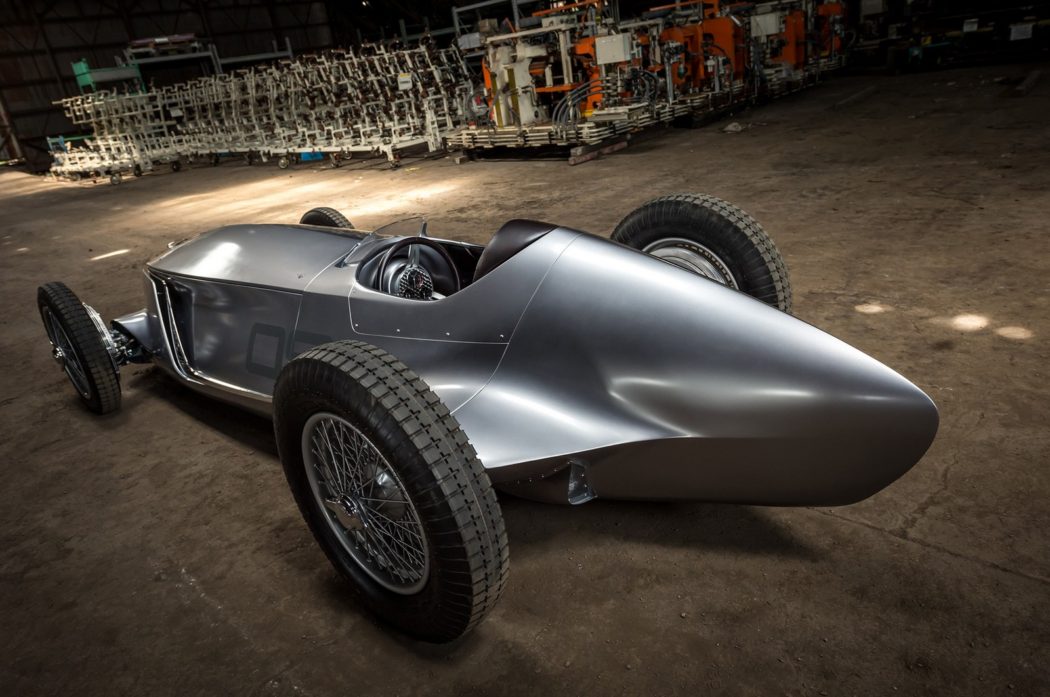 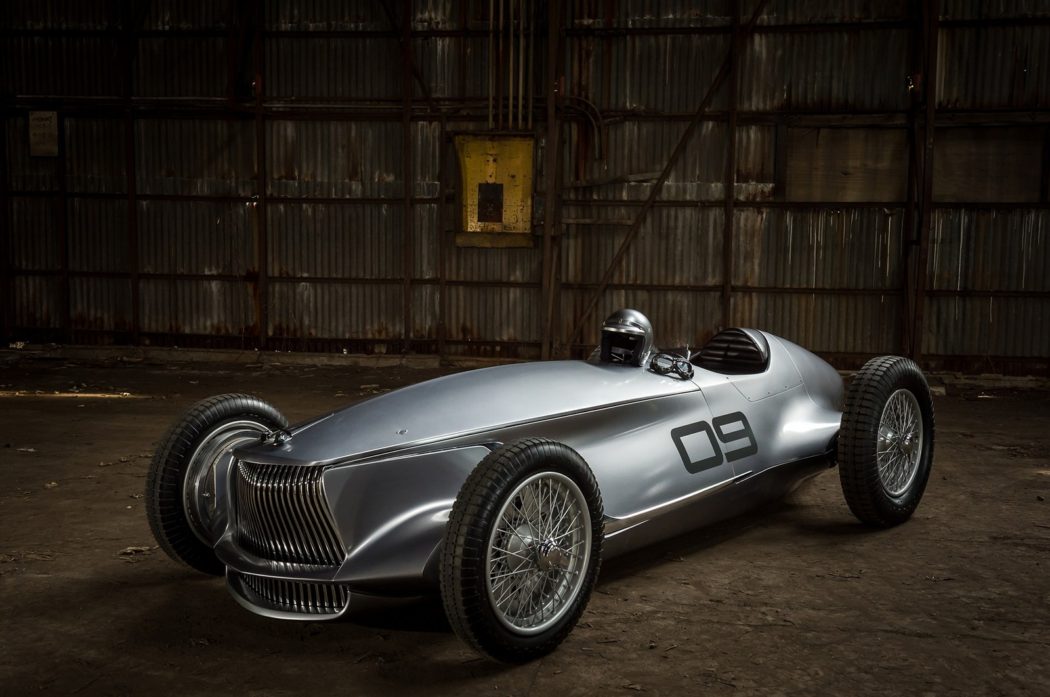 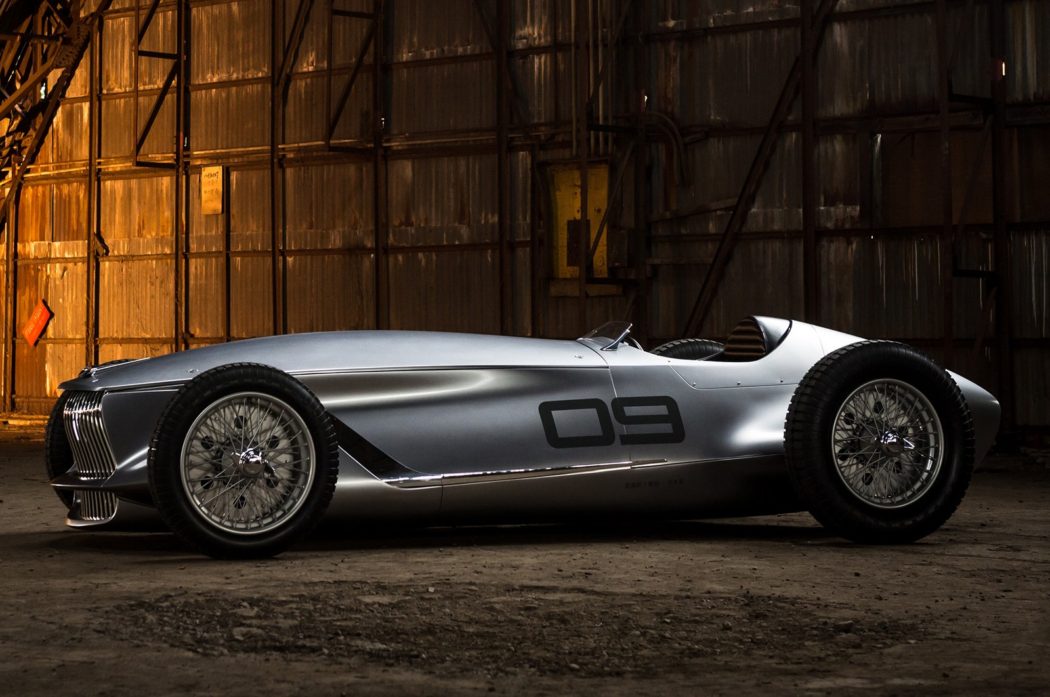 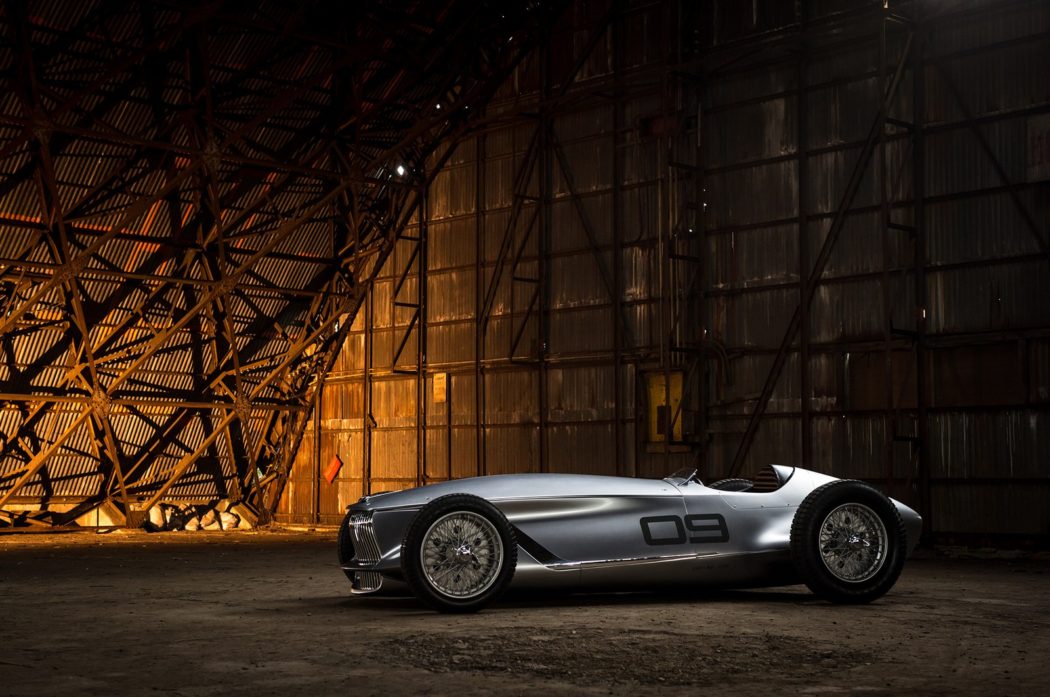 As far as major automotive brands go, Infiniti is among the youngest, having debuted in late 1989 for the ‘90 model year. (Yes, we know the likes of Scion and Fisker were formed later, but they’re not around anymore, are they?) As a result, Infiniti wasn’t around for periods like the swingin’ ‘60s (during which we assume it would have sold rebadged Nissan Cedrics and Presidents) or, for that matter, the mid- to late-1930s, which was arguably the zenith of pre-Formula 1 grand prix racing. But what if it had been…and had access to modern electric vehicle powertrain and battery technology? Well, the design team at Infiniti decided to answer that question, and the Prototype 9 concept is the result.

This ravishing romp through alternate automotive history – which is one of a few magnificent rides making their debuts this week in around the events of Monterey Car Week – features the classic front-engine cab-rearward proportions and unpainted, hand-fabricated aluminum skin of the O.G. Mercedes-Benz “Silver Arrows” of the time, but with current Infiniti styling tropes like the sculpted side vents and harp-shaped grille. The single-person cockpit features a steering wheel whose stationary hub houses the gauges, gauges that help the driver keep tabs on the 148 horsepower, 236 lb.-ft electric motor borrowed from the soon-to-be-revealed second generation Nissan Leaf. So no, the Infiniti Prototype 9 wouldn’t quite keep pace with a Mercedes-Benz W154 or an Auto Union Type-D, but at least you wouldn’t need to worry about missing a shift and blowing the engine…or having hot oil burst forth from a pressure gauge onto your lap…or getting doused with a cocktail of gasoline and other exotic substances in a crash…or…

In all seriousness, though, it’s nice to see an automaker roll out a concept that isn’t, in fact, a 97% finalized production model preview for a change. Really. No one’s fooled anymore, other OEMs!