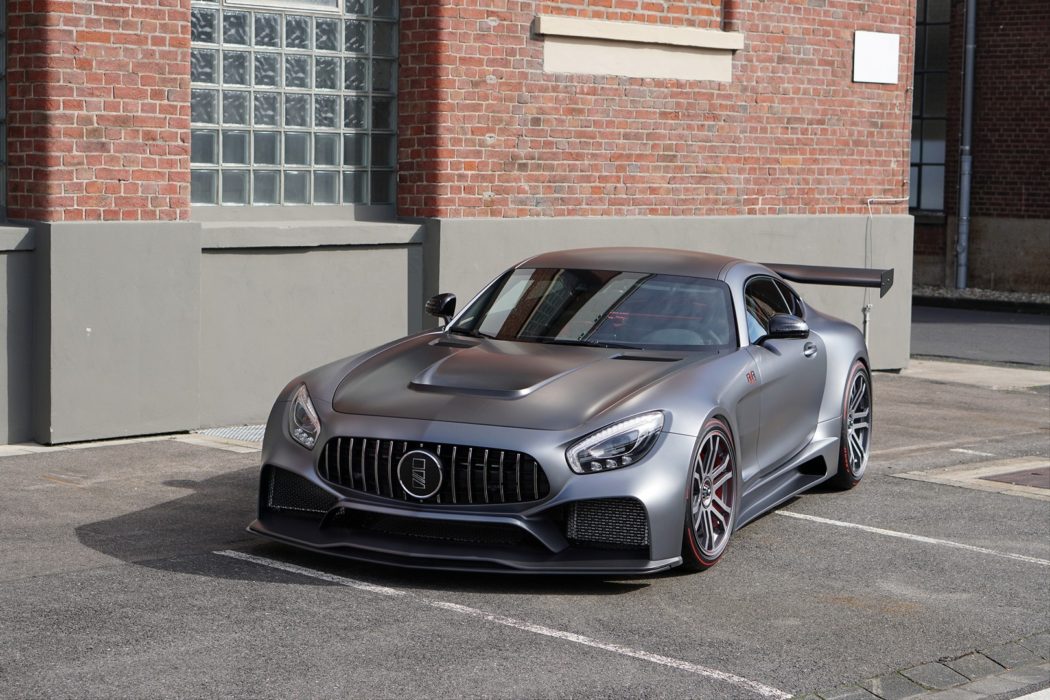 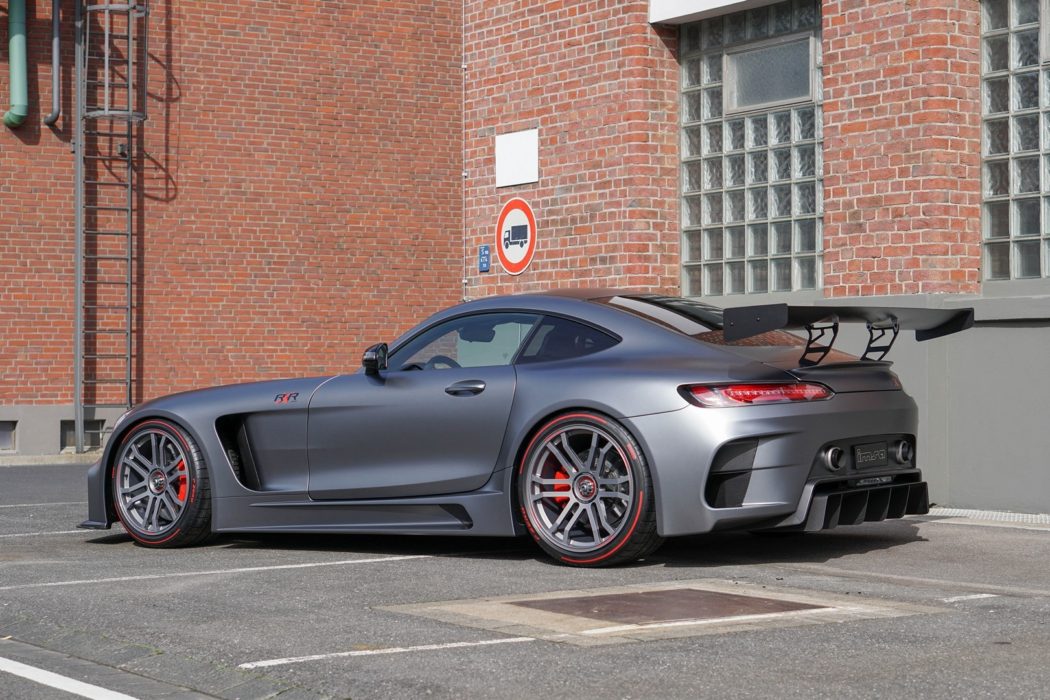 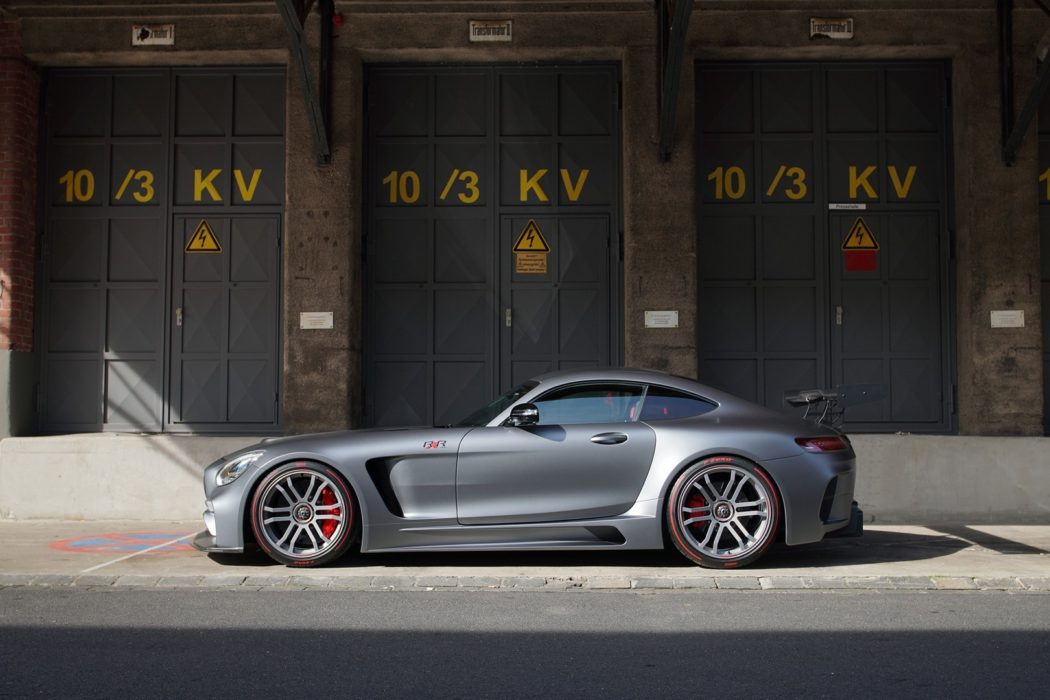 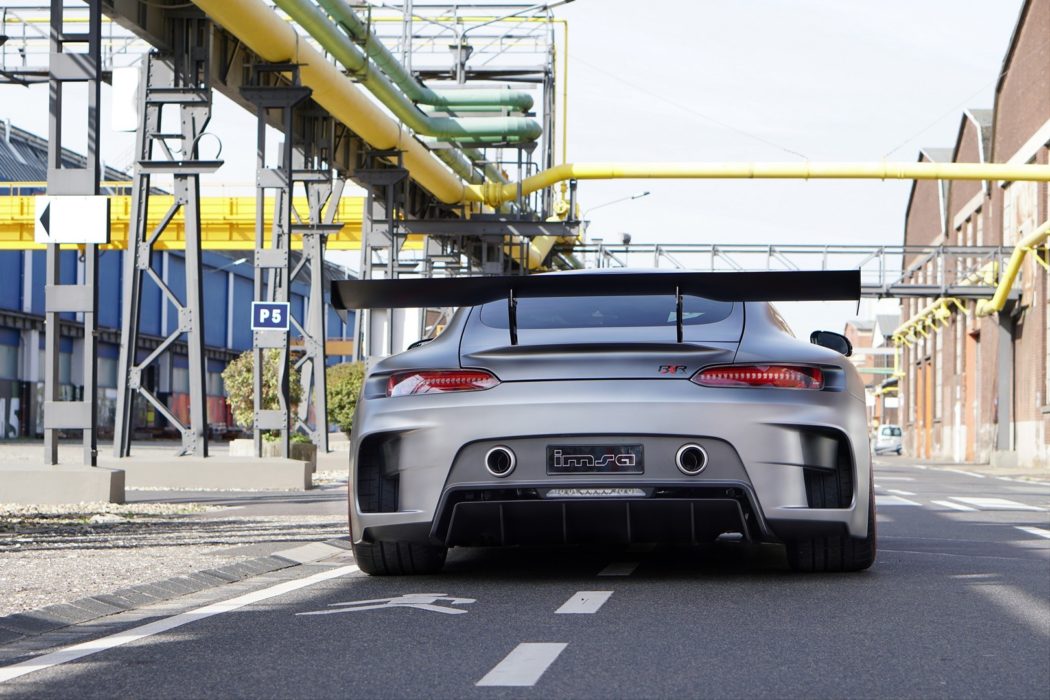 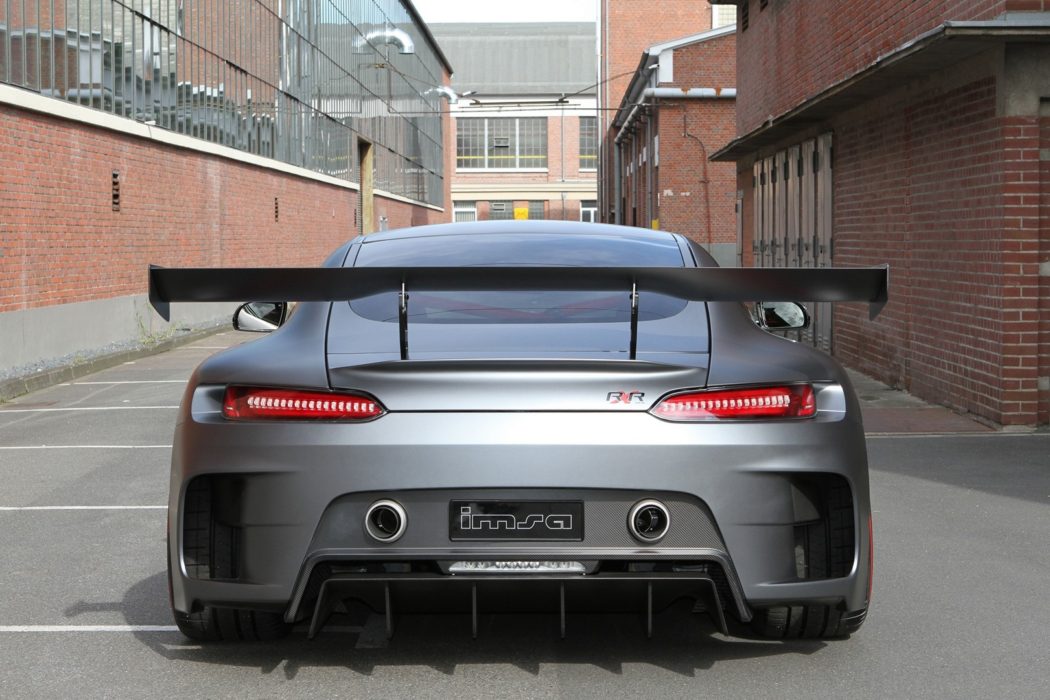 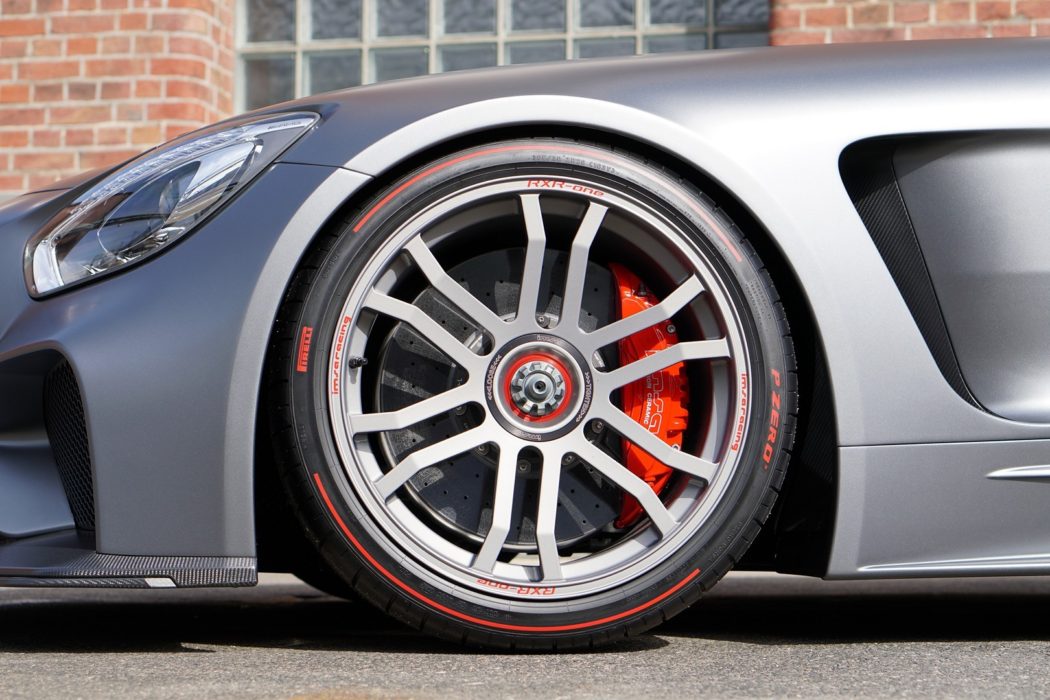 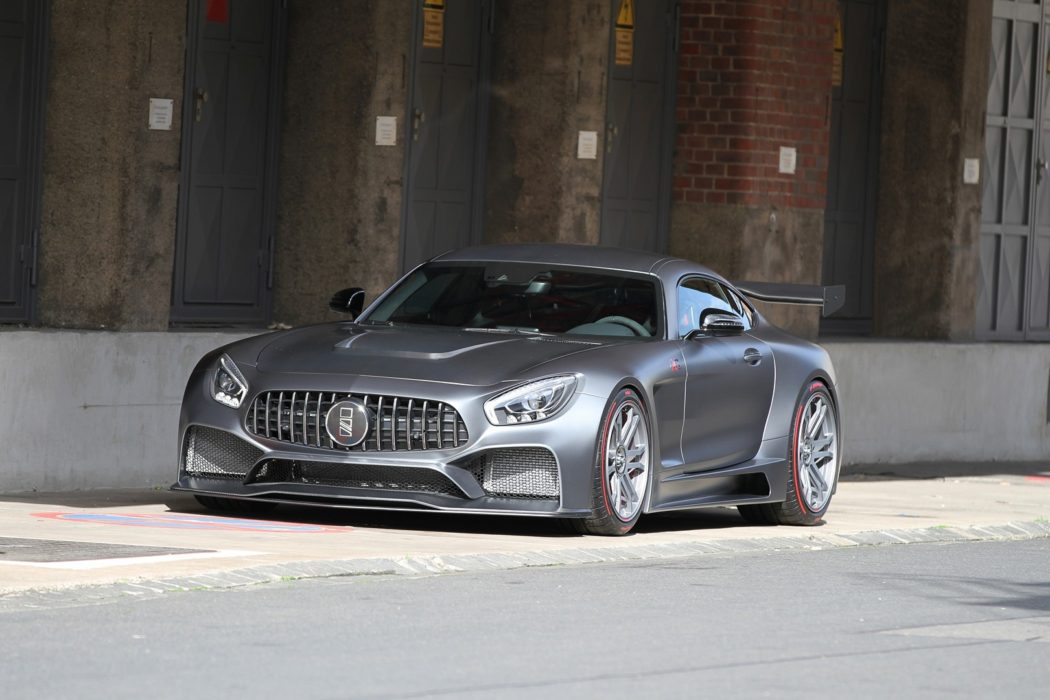 The Mercedes-AMG GT3 – the turn-key race car that’s eligible for competition in a whole heap of different racing series – is a spectacular looking (and performing car), but it has one glaring fault: It’s not street legal. But what if there was a way to get the sort of widebody sexiness the GT3 possesses with the added benefit of being able to register it for the road and, to top it all off, lots more power? Wait, don’t answer that, because IMSA (the tuner, not the sports car racing sanctioning body) already has.

The IMSA RXR, as this beast has been dubbed, makes artful use of a carbon fiber widebody kit (which IMSA claims cuts weight by a whopping 661 lbs.) that gives this modified Merc a killer stance (which is 2.2” wider in front and 2.6” wider in back than a stock GT S), which is further aided by a lowered suspension and wider center-lock wheels wearing almost-racing-slick Pirelli P Zero Trofeo R tires.

But IMSA didn’t stop on the stuff you can see: They also went to town on the 4.0L twin-turbo V8, fitting goodies like new valves, new intake manifolds, an Inconel exhaust system and machined cylinder heads that up the output to a sky high 848 horsepower and 738 lb.-ft of torque. Oh, and there’s a sturdier clutch pack, an upgraded gearbox and a forged driveshaft to cope with all that additional muscle, so don’t let it be said that this German juggernaut isn’t the total package.