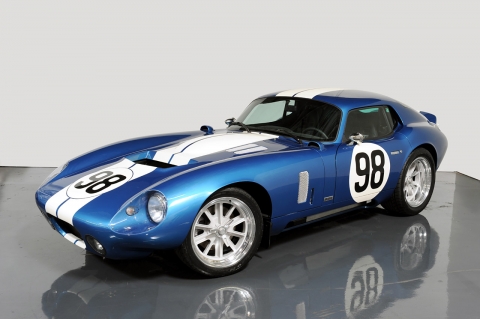 The renowned Shelby Daytona CSX2000 series Coupe won the World Manufacturers Championship back in 1965 and has since risen to legend status. In today’s market, these rare cars fetch millions of dollars at auction. However, most people don’t make enough money over the course of a lifetime to afford one of these classics, not to mention the fact that there are so few original vehicles in circulation. Because there is such a strong interest in this iconic car, Shelby Distribution USA is providing an updated, modern interpretation known as the Shelby Cobra Daytona Coupe MKII at a more affordable price (for some.)

This second generation model, designated the CSX 9000 series, will be listed in the Shelby World Registry, which will immediately make it a collectible. Signature Shelby door handles, seat covers and Shelby brakes all help keep the dream alive. This new edition features more modern comfort and conveniences than its historical counterpart including more leg and head room, external door handles, electric windows and an added quarter vent style window. The climate controls are operated via servo units and now have no cables.

Performance tweaks come in the form of better engine and oil cooling capabilities, a new front and rear independent suspension, updated front and rear anti-roll bars, a stiffer chassis and new fuel tank with internal baffles. The side-mounted muffler pipes are fatter and have a lower rumble. In addition, the wheel wells are now deeper to fit 18 inch Shelby Cobra style wheels. 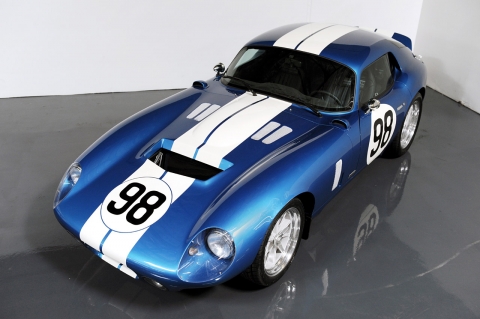 Production of the new Shelby Cobra Daytona Coupe MKII will be limited to just two units per month. The car will be available with either a fiber glass body for $89,900 or an aluminum body offered at $195,900. However, you will still need to ante up for whatever engine and transmission you choose, as the price of the CSX 9000 does not includes the power train.