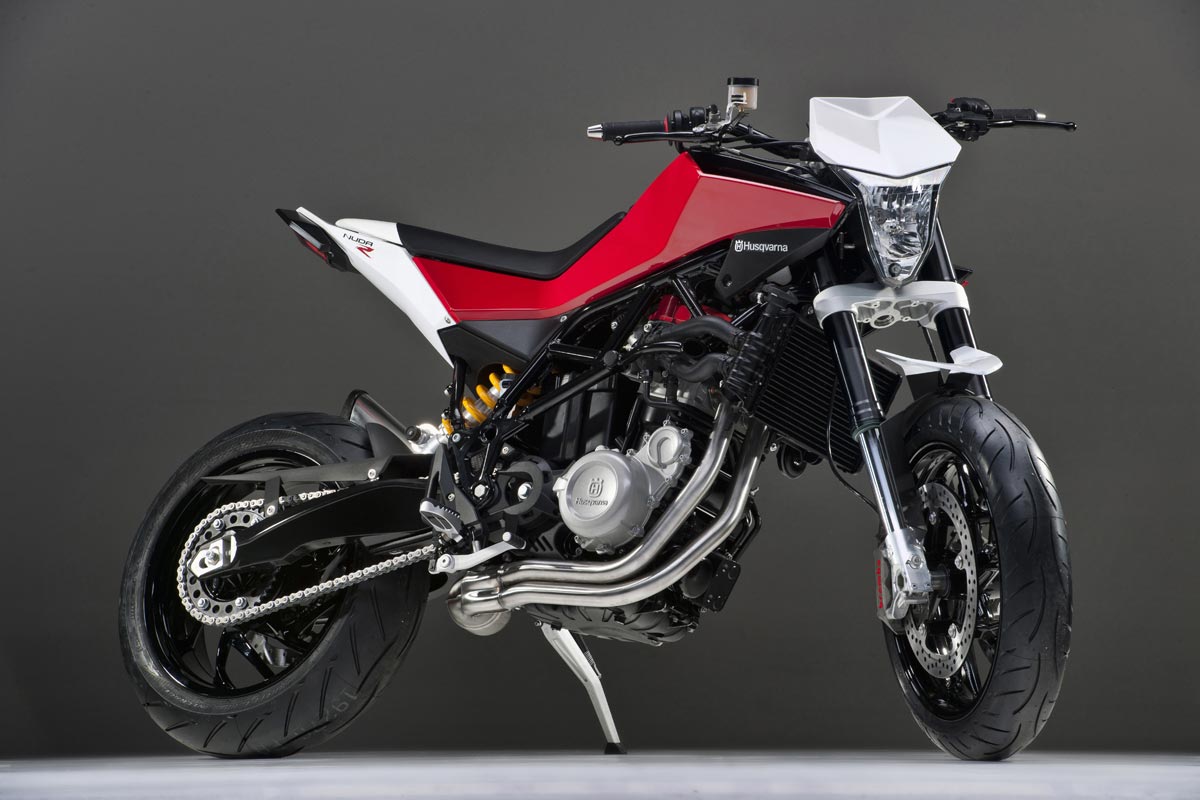 In the world of motorcycle manufacturers, most people are familiar with the Japanese brands, the Italian brands, Germany’s BMW, Austria’s KTM, and the occasional British and American firms. But few casual motorcycle buffs (at least the ones in this part of the world) remember the Swedish-named, Italian-built Husqvarna.

The motorcycle-building arm of the company that got its start as a rifle supplier for the Swedish military waaaaay back in 1689 has been owned by BMW since 2007 (when they purchased it from MV Agusta), and it has had a huge presence in the off-road and dual-purpose bike markets for decades. Now, though, the company is getting back onto the street bike scene for the first time in a very long time. And thanks to heaping doses of design and engineering assistance from the parent company, that first modern street bike – the Nuda 900R – has all the makings of a winner. 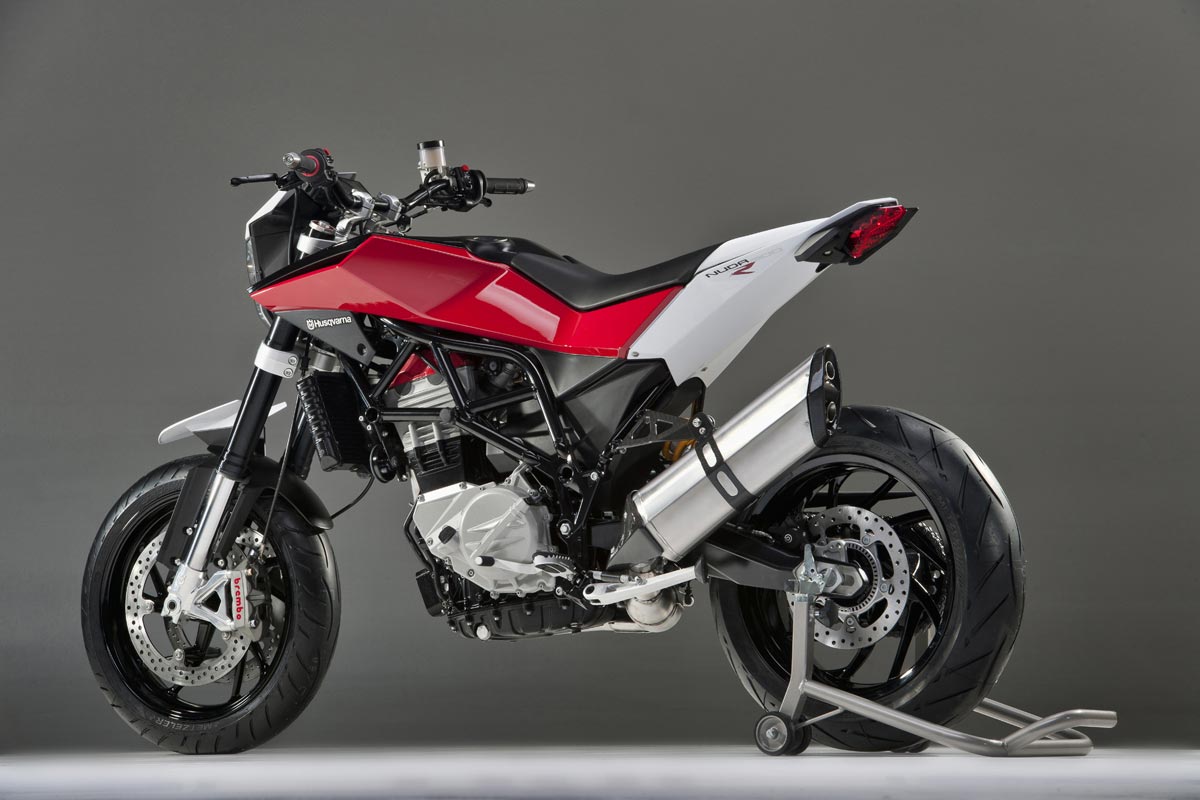 The Nuda 900R’s heart is a 900cc parallel-twin based on the 800cc unit found in the BMW F800GS. Aside from the extra 100ccs, BMW engineers have made other internal tweaks to improve power across the rev range and overall output, as well as adding a race-inspired exhaust system. Expect more than 100hp to be flinging you down the road when you twist the grip to wide-open.

But all that power is rather pointless if you don’t have a chassis that can tame it; thankfully, it looks like the Nuda 900R has one of those as well, even if the upright dirtbike-style riding position doesn’t lend itself to extreme corner-carving. An Öhlins fully-adjustable shock absorber keeps the rear tire planted, while a Sachs fully-adjustable 48mm fork is in charge of the front roller. The front is also where you’ll find a four-piston Brembo brake caliper, though Husqvarna isn’t ready to share what sort of stopping hardware is out back. 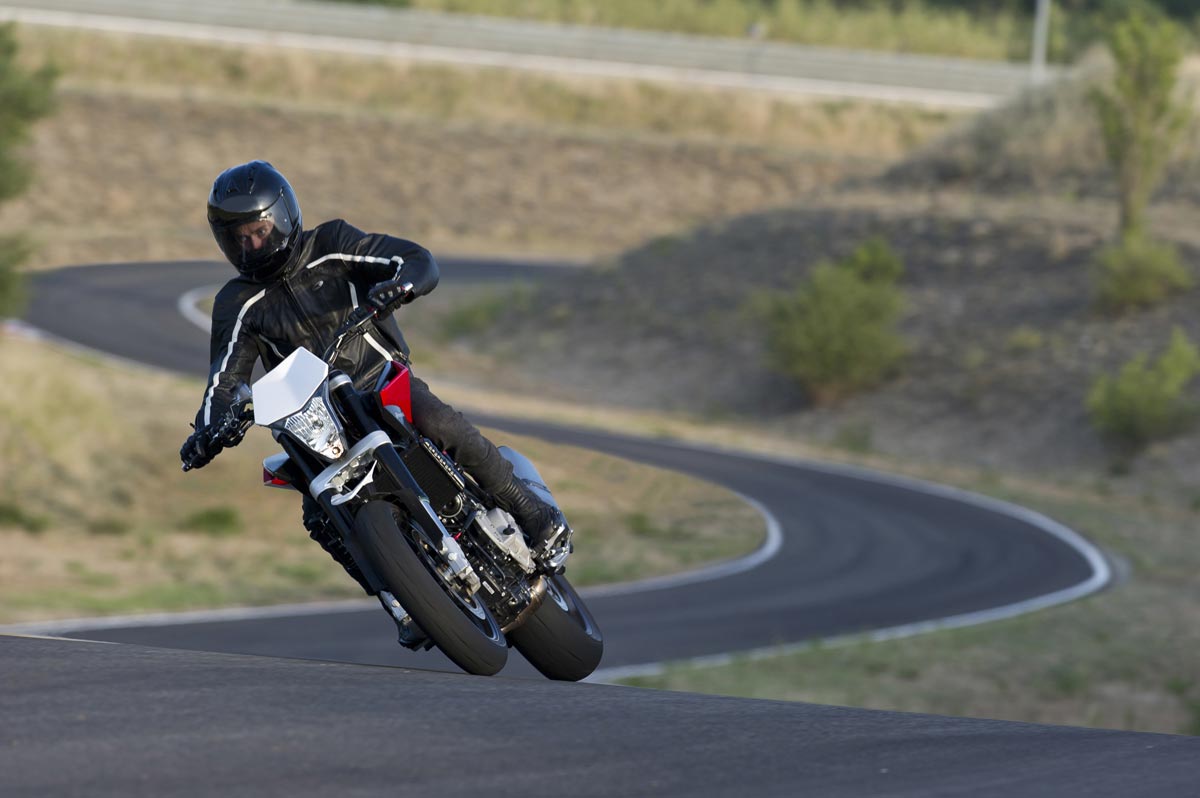 It also isn’t ready to share what this supermoto-styled street machine will cost. We’ll likely have to wait ‘til the Nuda 900R’s arrival in showrooms sometime near the end of the year to learn that factoid. Until then, we and you will have to make do with these pretty pictures and this rockin’ video.