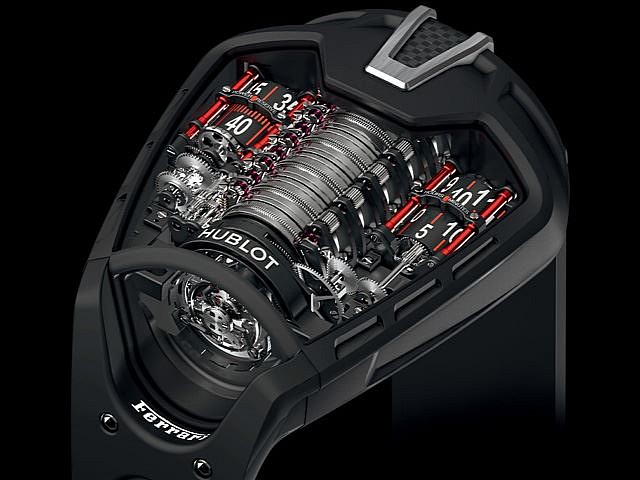 Say what you will about its name (but do keep in mind the old saying, “If you can’t say something nice, don’t say anything at all.”), but the Ferrari LaFerrari (or simply LaFerrari, otherwise you’ll be saying “Ferrari the Ferrari” in Italian) is one hell of an automobile. Its neck-snapping styling, V12 and hybrid system one-two punch and limited production status have already made it a classic. And the first customer delivery hasn’t even happened yet!

But what if said customers want to have the LaFerrari experience even when they aren’t near their LaFerrari? No, it doesn’t involve uncorking those 900+ horsepower or negotiating turns as the active spoilers flap away. However, it does involve a super stylish engine-inspired watch that looks like no timepiece we’ve ever seen before. And it comes courtesy of the Swiss artisans and Hublot. 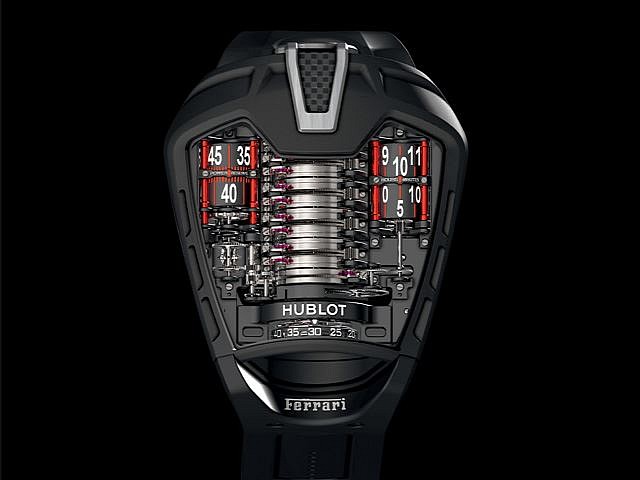 Rather than a conventional round dial that sits flat atop the movement, the Hublot MP-05 LaFerrari – which is its full name – features a tourbillion movement, which stacks a long cluster of gears into a cylinder that lies horizontal and perpendicular to the wearer’s arm. These gears, in turn, drive the cylinders that display the hours, minutes, seconds and so forth. Hublot says the tourbillion movement (which comprises most of the 637 pieces residing inside the black powdercoated titanium case) can stay wound for up to two months between wearings.

The unorthodox design is eye-catching not just because it’s different from most watches. It’s also eye-catching because it kind of resembles an engine: The red-accented time dials are arranged in such away to evoke the left and right cam covers of a V-type engine, while the central gear cluster looks a lot like an intake manifold. Pretty slick, huh? 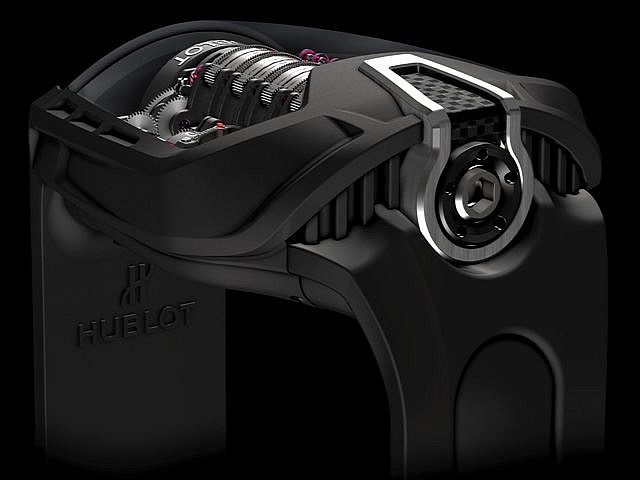 Of course, because it’s made in Switzerland, and licensed by Ferrari, the MP-05 LaFerrari will be a few (dozen) orders of magnitude pricier than your garden variety Casio. And even if you can afford one, it may already be too late: Hublot is only making 50 of these supercar-themed wristwatches. That means no more than one in five buyers of the LaFerrari car will be able to buy the LaFerrari watch. Makes the LaFerrari car look pretty darn ubiquitous, doesn’t it? 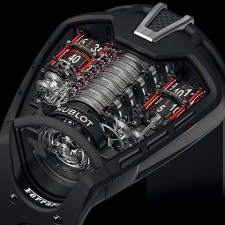 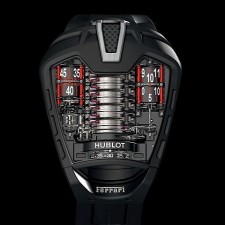 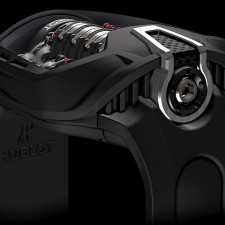 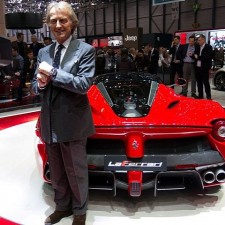 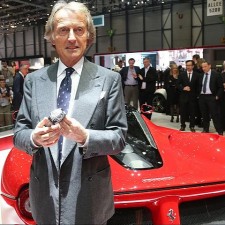