How to Turn Your Car Into a Ferrari 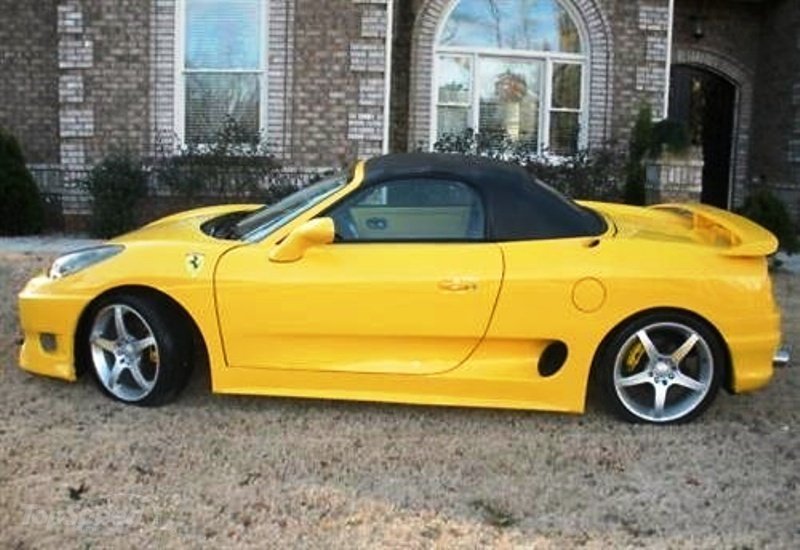 Until you have that expected lottery win, or the next round of riots kicks off, a Ferrari is probably out of your grasp. As well as the insane import costs of your favorite ‘raging pony’, the insurance is mind-boggling, the waiting lists are long and most of the new ones get snapped up by that bloke from Jamiroquai. But there is hope. You can transform your favorite old banger into a shiny new Ferrari with some sly purchasing and basic gluing and welding skills. Intrigued? Here’s how it goes down. 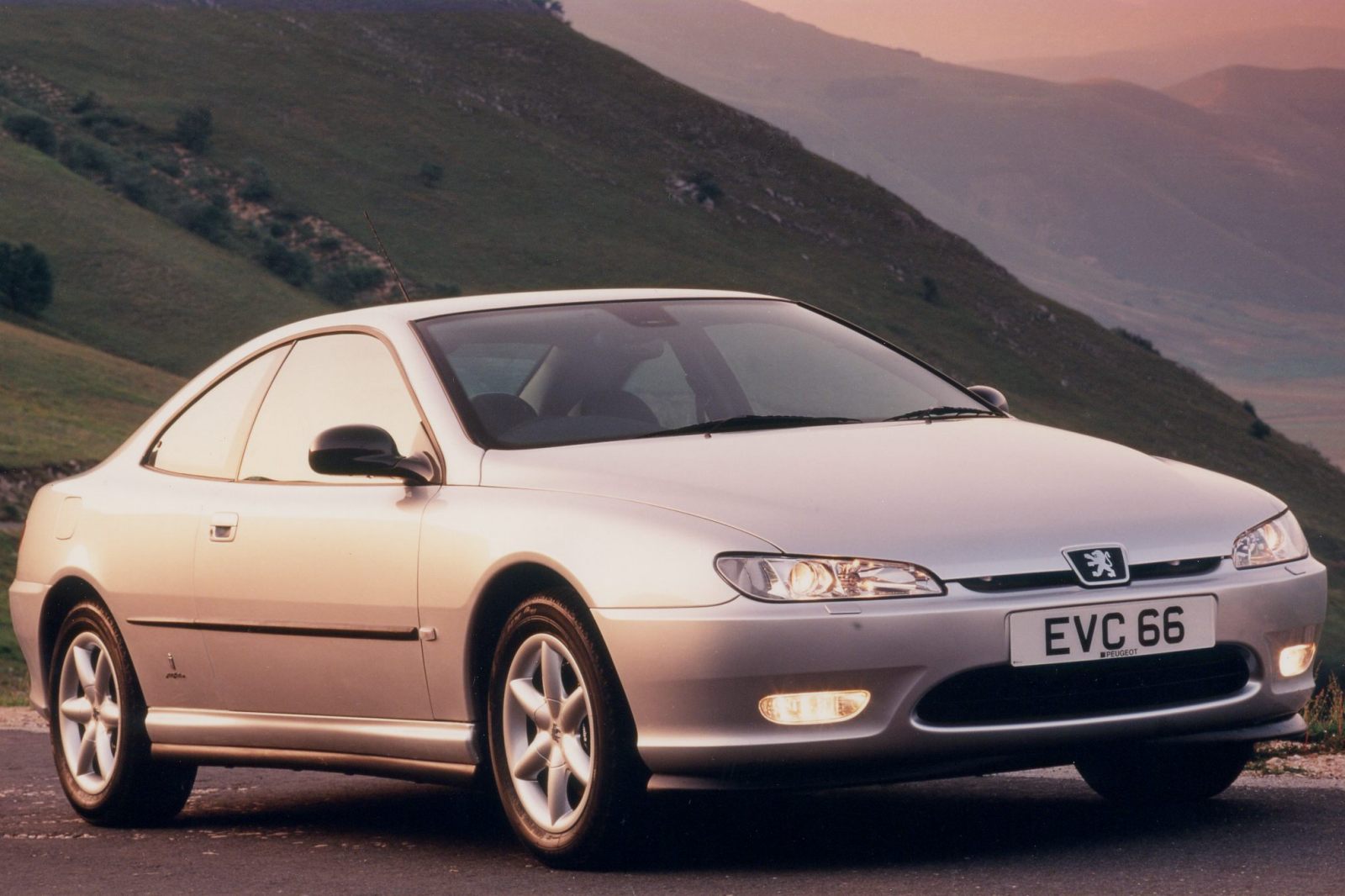 The shell of your new Ferrari comes in fiberglass kit form and is attached to the chassis of another, lesser vehicle. Sadly you can’t just take any old car and whip it up into a mechanical Italian beast. Your Robin Reliant just isn’t going to cut it I’m afraid. You’re going to need a specific vehicle to mirror the shape and dimensions of the Ferrari. Most popular is the Toyota MR2 Mark 2 from the years 1990 to 1999, which is a dead ringer for the 355. But you can also try the Peugeot 406 Coupe from the years 1997 to 2003 if you’re converting a 360 or 430. Both left hand and right hand drive vehicles are fine. 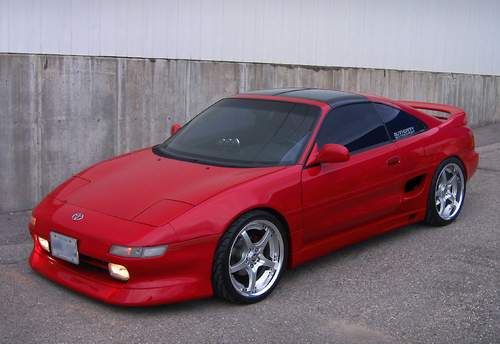 Will I need to be mechanically minded? 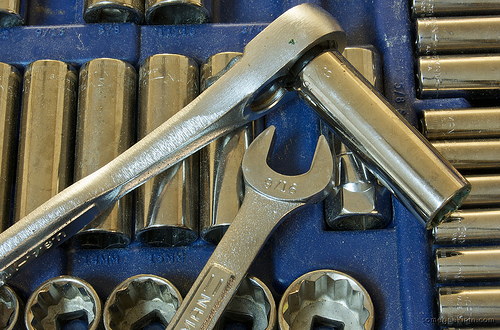 Well yes. You’ll need to know which end of the car does what and that sort of stuff. You won’t be tinkering with any engine parts, but you’ll be cutting and grinding and possibly welding, so you’ll need to possess that skill. Expect to use a variety of standard tools like spanners, socket wrenches, drills, orbital sanders and angle grinders. For some of the more sophisticated kits, you may need to do a bit of welding, but you can always hire or borrow that stuff. If you’re completely hopeless at that sort of thing, you might want to find an alternative hobby. Or you can get a kit building company to do the work for you. But where’s the fun in that?

There are a slew of them on the market from the basic ones featuring just the side skirts and bumpers to the larger more advanced ones that have all the bells and whistles. Most kits don’t include the tyres and rims; you’ll have to pick those up separately. Only the super-duper top of the range kits feature the interior leather (not Imperial Leather), dashboard bits, badges, gear knobs and the like. So those sorts of bits and bobs may have to be purchased elsewhere.

Obviously where you begin and which bit of car you lop off first will depend on which kit you’re using, but you’ll likely be going through the following maneuvers. First there will be a general gutting. You’ll take out all the seats, the carpets, the roof lining and that kind of stuff. Protect your dash by covering it with something. Then you’ll get into the outside by taking off the trim, bumpers, bonnet, lights and wipers. At this point you may have to whip your grinder out and modify some of the car’s bodywork (such as cutting various slots and holes for the kit to fit into and enlarging your wheel trims). 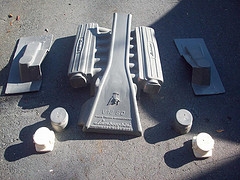 It’s best to try a dry run of your Ferrari kit parts on your gutted vehicle. Do not bolt, glue or sellotape anything onto it yet, make sure it all fits nicely and lines up correctly.  Once you’re happy that it will look like a car when all the bits are on, start to fix your supercar fiberglass car bits to your poor, destroyed Toyota. Slowly you will see a screaming, steaming Ferrari emerge before your eyes. Once you’ve added and smoothed all the bumpers, skirts and panels, you’ll be ready to prime and paint. We suggest red.

Once painted and the lights fitted, you’ll pretty much have something that looks like a Ferrari. What you do next depends on your obsessiveness, but you can add badges, rims, seats, gear-knobs, pine-scented air-freshener; all the stuff that Magnum had. After a polish – wowee zowee – you’ll be rolling a brand new, shiny replica Ferrari onto the drive for the whole estate to see!

This article was written on behalf of Wish.co.uk; the experience days site where you can choose your own high-spec driving experiences, including racing and track days.