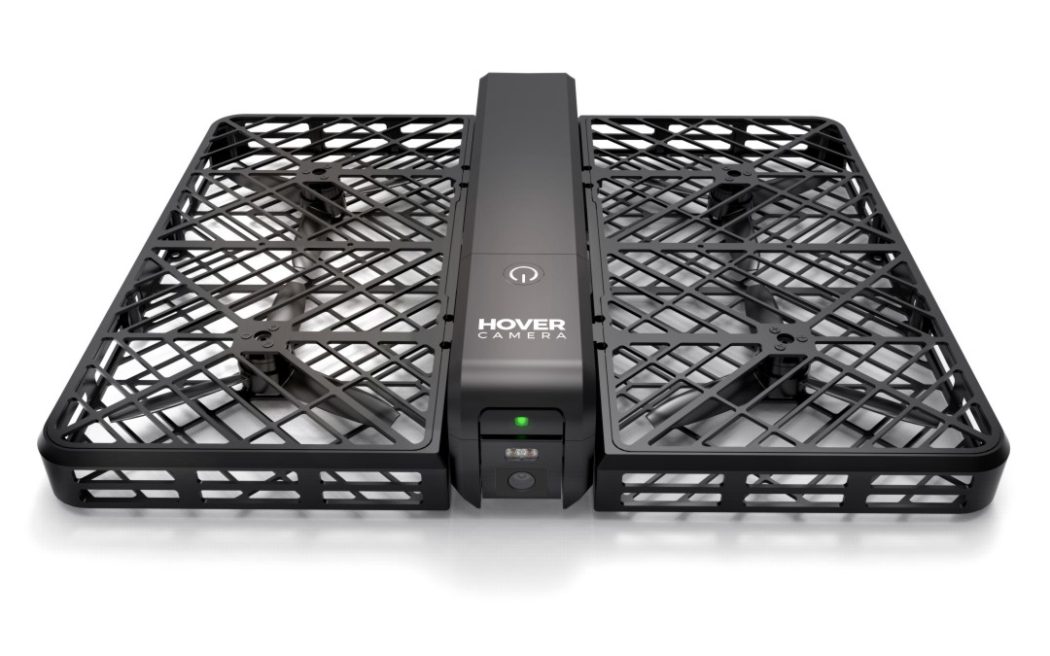 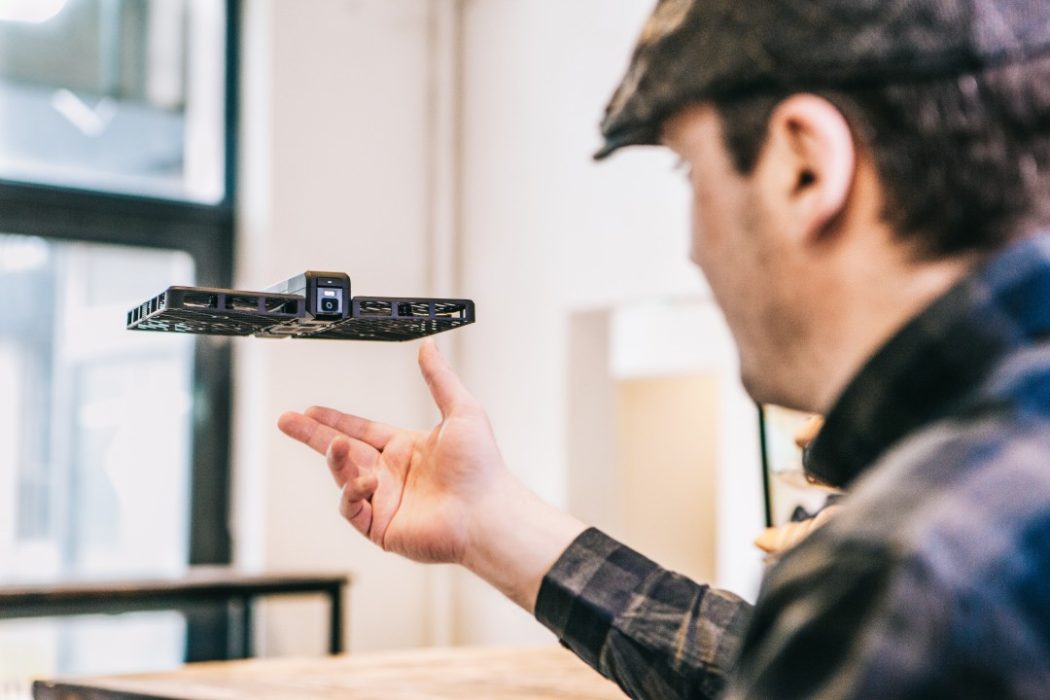 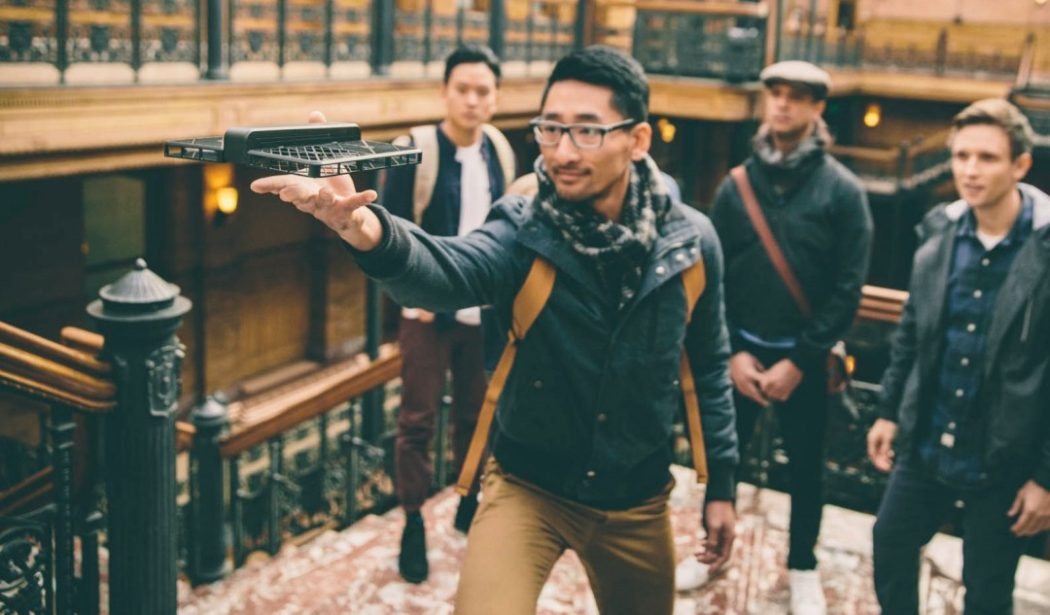 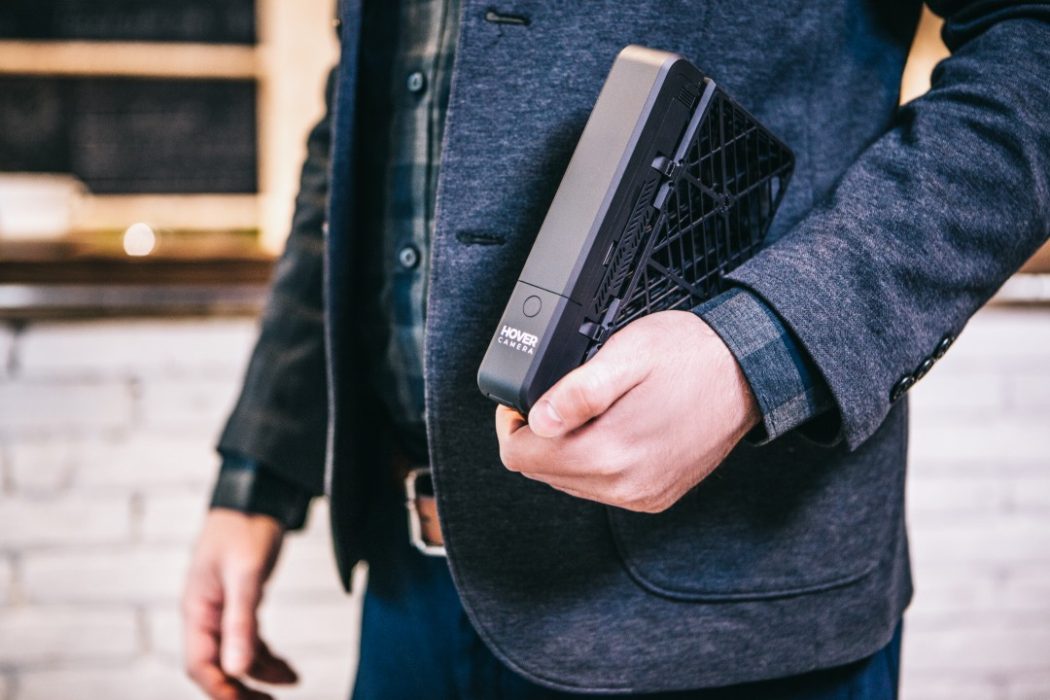 Hover Camera is a Different Kind of Drone [w/ Video]

The consumer drone market is red hot right now and, unfortunately, that means some people are getting burned. Large size, anger from neighbors and other people worried about their privacy, damage resulting from pilot error or technical glitches and, more recently, increased government regulation are just some of the wet blankets that can smother your flying camera platform fun. Luckily for you, there’s a startup company called Zero Zero Robotics that wants to change turn the industry on its ear.

Almost everything about the firm’s first product, the Hover Camera, goes against conventional drone design wisdom: The four propellers are enclosed in durable carbon fiber safety cages, which fold up to create an easily transportable, external-hard-drive-sized package (The whole thing also weighs less than 250 grams, meaning it won’t have to be registered with the FAA.). The 13 megapixel still and 4K video cameras feature electronic image stabilization (EIS). But the most significant divergence of all has to be the sophisticated AI that’s hard-wired into the machine’s Qualcomm Snapdragon quad-core CPU and allows the Hover Camera to, well, hover, track people vertically and horizontally, shoot 360° panoramas and more without any human input or intervention. No word on pricing as yet, but if you sign up for updates on the Hover Camera website, you’ll be among the first to know. And as most children of the ‘80s are aware, knowing is half the battle.