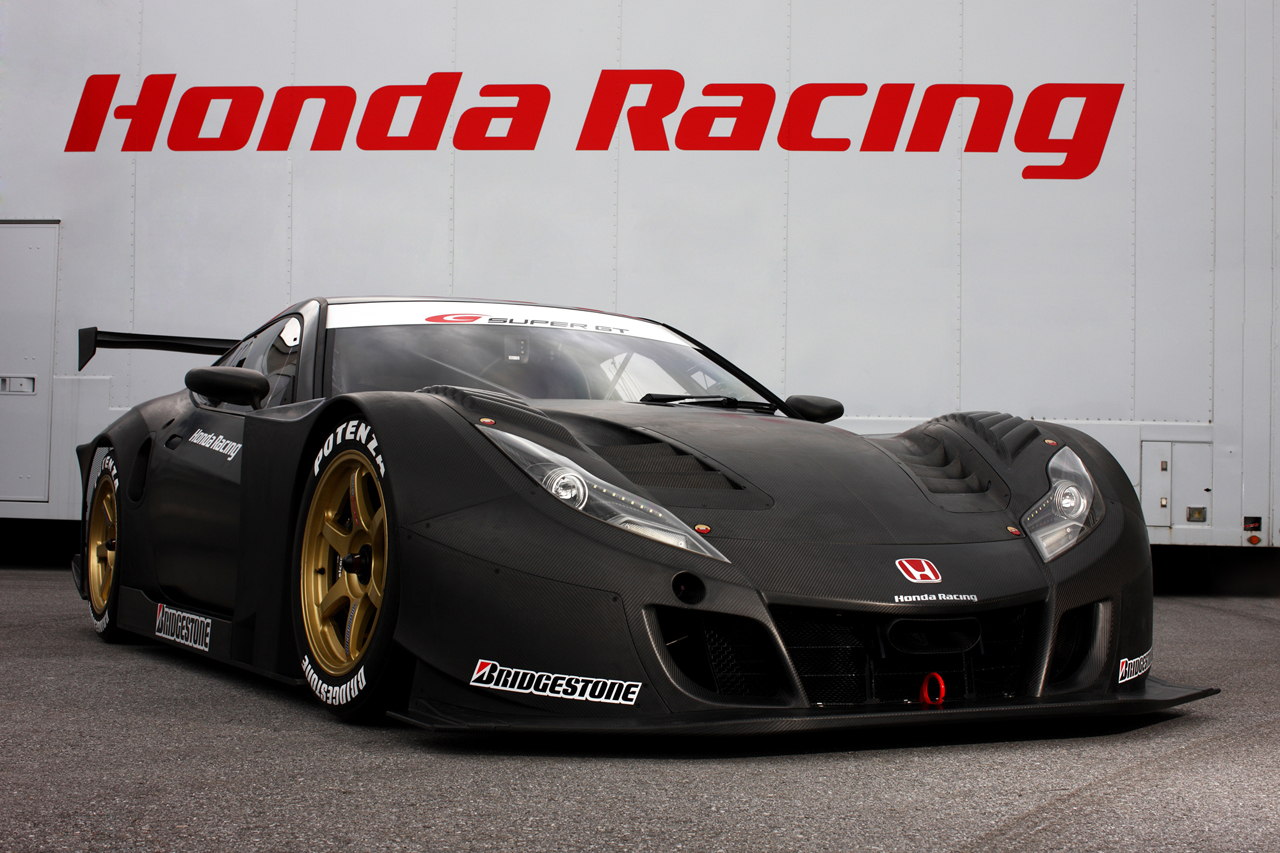 The Honda HSV-010 GT has been in the works for quite some time and along the way we’ve seen an official teaser, various spy shots and some video footage of the company’s latest racer. The car weights in at only 2,425 pounds and will be powered by a 3.4-liter V8 engine pumping out “500 or more” horsepower, and “392 or more” Nm of torque. Power is delivered to the rear wheels via a six-speed sequential gearbox.

A total of ten drivers will pilot 5 Honda HSV-010 GT race cars in the Super GT Series which kicks off in Japan in May. HSV stands for Honda Velocity Series, and judging by the name and the specs it should be quite a contender in the GT500 class. The car will get its next real test at the Suzuka Circuit on March 21st.

Besides its motorsports aspirations, the Honda HSV-010 GT is interesting from another perspective. Even though the NSX has been discontinued, it lives on in the form of the HSV-010, which is a lightweight and much more powerful derivative replacing the outgoing NSX Super GT. And so, we look at this race car as what might have been had Honda not cancelled the NSX to concentrate their efforts on more mass market endevours.

But with the Lexus LFA and Nissan GT-R tearing up tracks and creating tremendous buzz, Honda may want to reconsider a consumer model if it doesn’t want to let its Japanese counterparts have all the fun. For now, they managed to find a nice little loop-hole in Super GT regulations that allows them to run a car that is “production feasible” but not actually a production model.