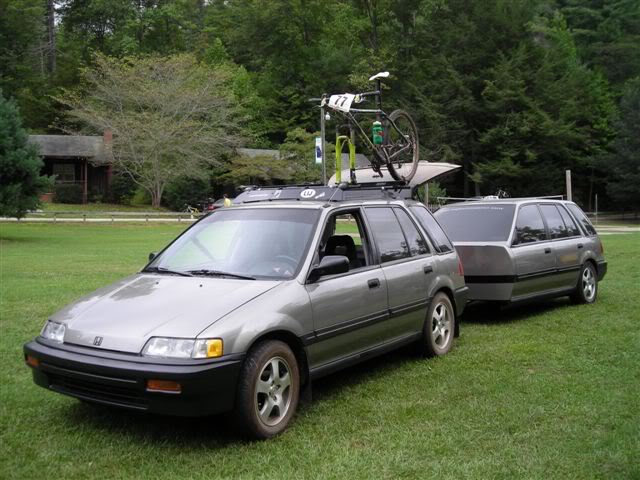 The Honda Civic tuning craze is over for most of us. It’s done. Dead and gone like Jnco Jeans and Limp Bizkit. Sure, people still do it, just as some people, somewhere, still listen to Limp Bizkit. Probably. Still, unless there’s something really crazy going on, there’s no reason to spend your time writing endless copy about the ins and outs of a tuned Civic. (Before we go any further: It’s ok if you own a tuned Civic. We aren’t hating. They’re great little cars on an amazingly versatile platform. That said, they aren’t exactly the newest craze.) Let this be the exception to that rule.

The car, er cars, in question are two 1991 Honda Civic Wagons, owned by HondaCivicWagon.com member bam-bam. Where others have added Tein suspensions and camber plates, bam-bam has taken his immense mechanical and fabrication skills and applied it to updating and improving his fleet of Civic Wagons. Today, we’ll focus on the camping trailer he created from the shell of a clapped-out wagon that happened to be the same color as his DD 1991 Civic Wagon. 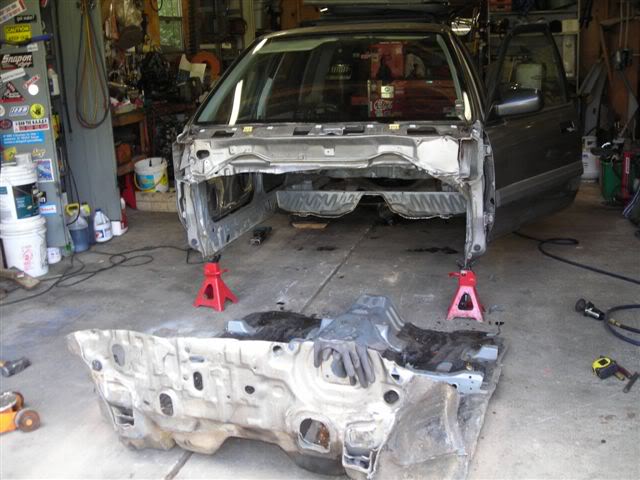 The process began by cutting the motor-less front clip away from the body of the tired gray Civic. With that done, the project had already begun to take shape. Next, bam-bam cut away the stocker’s floor and added a custom-braced flat load surface to act both as a luggage hauler and sleeping platform which, coincidentally, is about the same dimensions as a full-size bed. 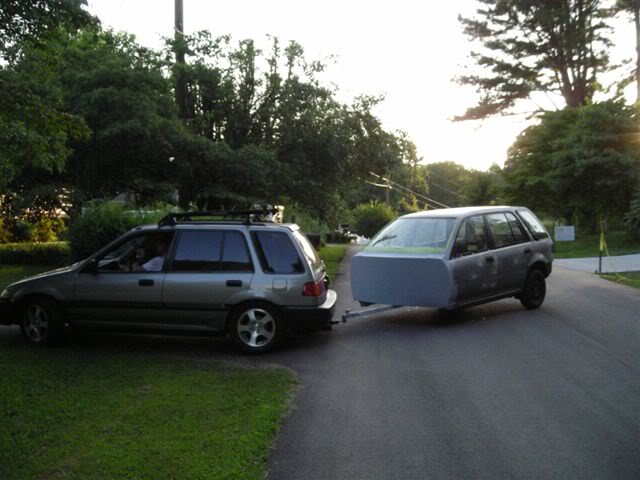 With the floor in, the bam-bam built the nose, which turned out brilliantly. There aren’t any photos of that part of the build, but from how it turned out, we can’t imagine it was easy. 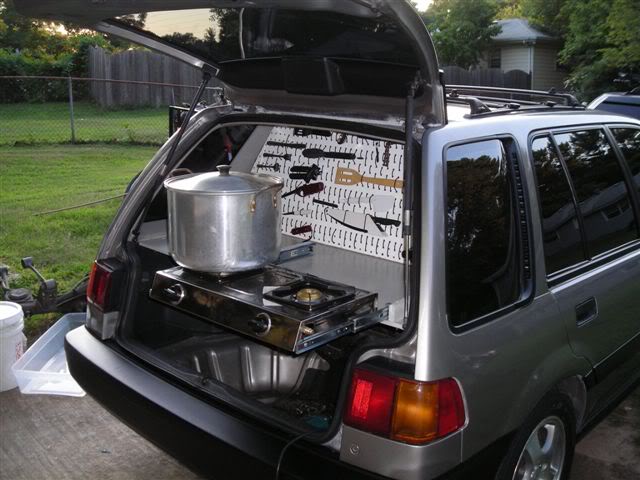 Out back there’s a full kitchen set-up under the rear hatch. That includes a sliding cook top, storage drawers and a pegboard that has eighty feet of elastic cord threaded into it to hold a gourmet kitchen’s worth of utensils. Think we’re kidding? Bam says he used the propane-fired cooker to make meals for fifty or so people at Import Alliance. 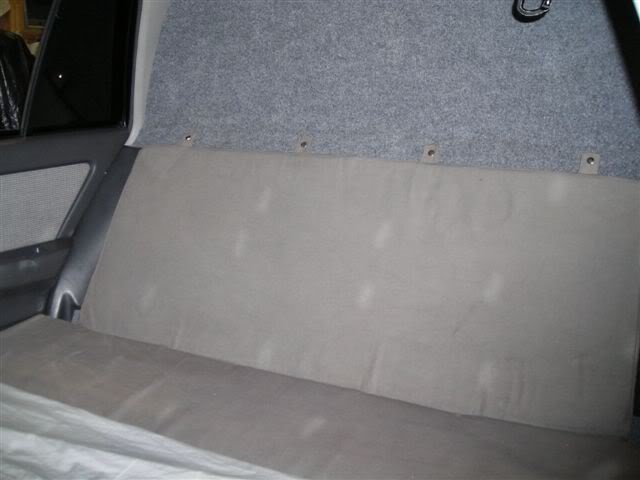 Inside, the camper has a foam mattress bad covered in cotton duck fabric and a similar head board, with some colorful pillows thrown in by Bam’s wife. We must say, even for a home-made camper, this thing looks seriously cushy. In the build thread there are tons of other tiny mods we won’t detail here, like the relocated trunk and gas door opener, and the filler neck re-purposed with an extension cord. For the rest of the craziness, hop on over to www.hondacivicwagon.com.