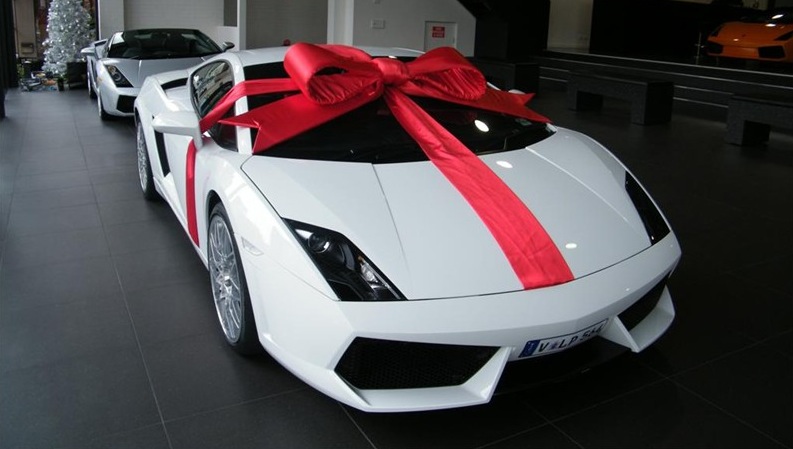 You may not be able to give your loved one a one-off Pagani Zonda or a Ferrari 599XX this holiday season (likely ever), but there’s no reason not to give him something with a “Lamborghini” or “Porsche” on the label. Top exotic car makers have an acute feel for just how much a name is worth, so many have licensed or leveraged their name for all kinds of gadgets, gear and gizmos. Think a little smaller than a V12-powered coupe and you can find the perfect gift that combines luxury, utility, sleek design and supercar branding. 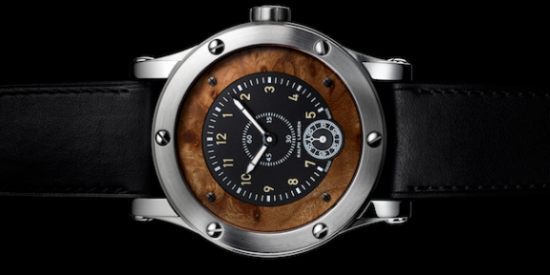 If you have $259K, you could get your man the Parmigiani watch that Pierre-Henri Raphanel had on when he broke the world speed record in the Bugatti Veyron Super Sport this past summer. Then again, if you have that kind of cash for a gift, get him a supercar with it; he’ll like that better. Ralph Lauren’s recently announced Ralph Lauren Sporting Watch is still a very exclusive, high-end luxury timepiece at $13,200 and it’s inspired by Lauren’s own dramatic 1938 Bugatti Type 57SC Atlantic. What’s not to love? 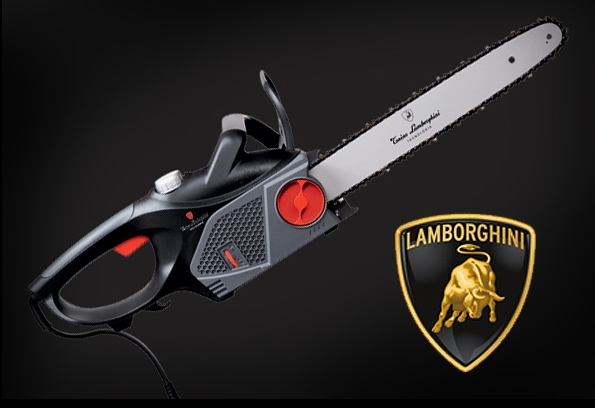 What’s more manly than a grunting, V12-driven Lamborghini? How about slicing through hulking, skyscraping timber with a chainsaw, arguably the manliest of manly tools. Now you can have both of those hallmarks of manhood in one package thanks to a recent team-up between Lamborghini and IKRA Mogatec, a German garden tool manufacturer. The partnership also brought hedge trimmers, grass trimmers and shrub shears, but those just don’t have the unfiltered testosterone of a chainsaw. Okay, it’s an electric chainsaw, so not quite as all-out manly as others, but it’s a Lamborghini and it’s barely over $200; you can’t go wrong. 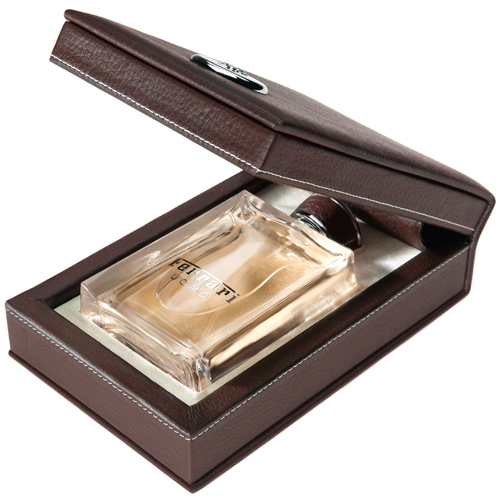 What could possibly capture the essence of a supercar like a fragrance? He’ll take a little piece of Ferrari wherever he goes with a quick spray of this cologne. Since we’ve never sniffed it ourselves, we’ll have to rely heavily on its product description to give you an idea what the Prancing Horse smells like: “The freshness of Sicilian lemons and Calabrese bergamot, underlined by the aromas of juniper, cedar wood and accents of nutmeg, are just some of the ingredients of this high-class fragrance.” It comes in an elegant leather and metal box and retails for just over $160. 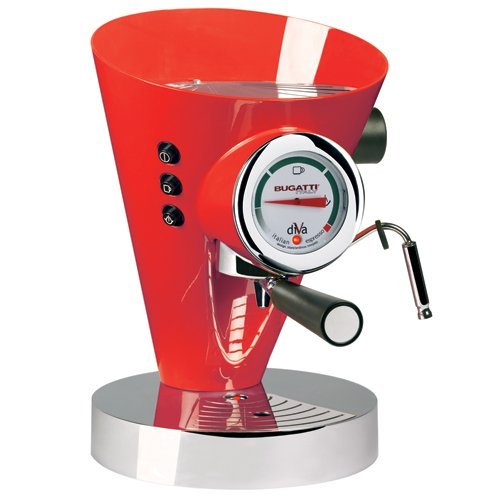 What says “bring on the morning” like a couple shots of home-brewed espresso? A few shots of espresso (or a cappuccino, if you prefer) brewed from a beautiful, 15-bar, Italian espresso machine by none other than Bugatti. Looking sexy in either all-chrome or bright red, the Diva makes a sophisticated accent to any kitchen or bar. And for a company that charges millions for the privilege of owning its cars, $1,500 for an espresso machine really isn’t that outlandish at all. 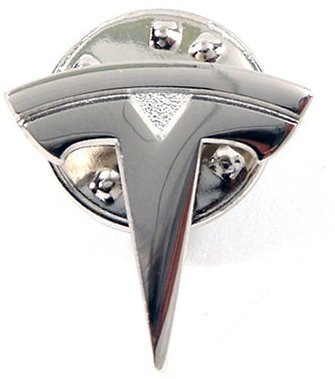 The Tesla Lapel Pin is admittedly a little more (okay a lot more) pedestrian than the other items on this list, but Tesla’s been pretty busy what with developing cars and all. And who doesn’t love the idea of an electric supercar? At 5 bucks, the Tesla Lapel Pin makes a great stocking stuffer, something that can’t exactly be said of a chainsaw or espresso machine.

Imagine their surprise when he pulls off his sunglasses Horacio-Caine-style, only to reveal to intrigued onlookers that they’re made by Porsche. Yeah, that Porsche. He’s getting laid later that night. Porsche doesn’t simply license its name, it has an in-house design team that develops all kinds of stylish gear and accessories. We happen to think he’ll like these shatterproof, anti-reflective, polycarbonate shades. You can find them for $219 at the Porsche Design website. 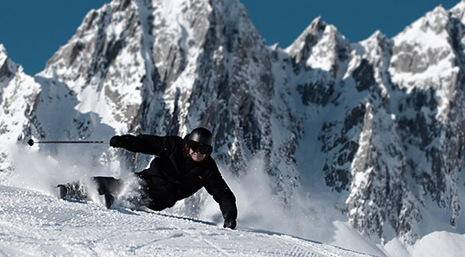 Bentley has a variety of partnerships with high-end manufacturers of goods ranging from cashmere clothing to security safes. Last year, the ultra-premium automaker announced its partnership with Zai, a Swiss ski manufacturer. And with that pair-up came one of the best sets of skis to throw over your shoulder in Aspen or St. Moritz. You’ll find only the highest end materials in these sticks including a carbon-fiber-reinforced thermoplastic. Supposedly, they translate the smooth power and handling of a Bentley Supersports to snow. And for around $10 grand, they’d better. They come with Salomon bindings, a leather-and-neoprene ski bag and carbon poles. 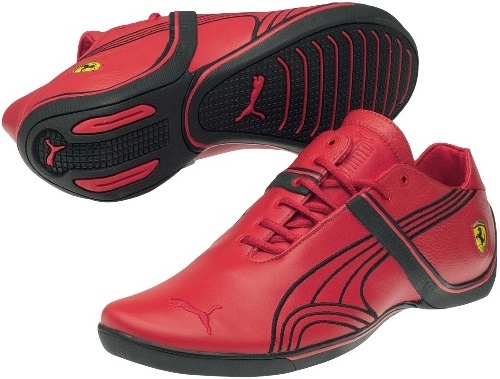 These are some serious, Maranello-inspired kicks. For the shoe collector that thought he had all the latest trends in his closet, the Puma Scuderia Remixes are the latest cherry red Ferraris designed to adorn his feet. The Remixes are the latest generation shoe, launched this year as an update to the original from 2005. They’re like the 599 GTB to the 575M Maranello. Impeccable styling with prominent Prancing Horse badging, these shoes seamlessly combine love for high-speed automotive perfection and stylish, go-anywhere footwear. They were even designed around the ergonomics of driving. $134 from the Ferrari Store. 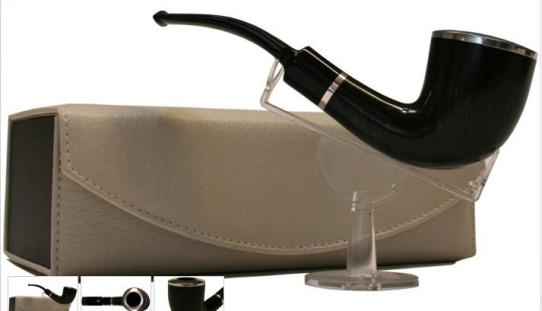 Put that GranTurismo in your pipe and smoke it. Literally. These handcrafted Mediterranean Briarwood pipes are skillfully seasoned and shaped, hand painted and then branded with the Maserati trident. The rings are made from sterling silver. A sophisticated smoke if ever there was one, and as was the case with the Lamborghini chainsaw, this combination (tobacco and sports cars) = epitome of manly. The Maserati pipe will cost you around $400.

Aston Martin may compete in the same coupe and high-performance sedan markets as the others on this list, but when it comes to accessories, Gaydon has an intriguing line that its competitors don’t: artwork. After all, supercars are made to be viewed and enjoyed, so why not a gift that embodies this simple truism. Each print is limited to 100 pieces and comes with a certificate of authenticity and an artist signature. There are variety of prints with your favorite Astons looking artsier than ever. You can browse at Aston’s website, but you’ll need to call to special order. If he’s more of a classic connoisseur, be sure to check into Aston’s Heritage Art collection.

Sub5zero contains advertising and affiliate marketing links. this means that we may get commission on sales of the products that are linked to in posts on the site or in our affiliated social media accounts. We want you to know that if you follow a link and make a purchase from an affiliate site, then we will make a commission from that purchase. sponsors, brand collaborations and affiliates make this blog possible, but opinions are all our own.