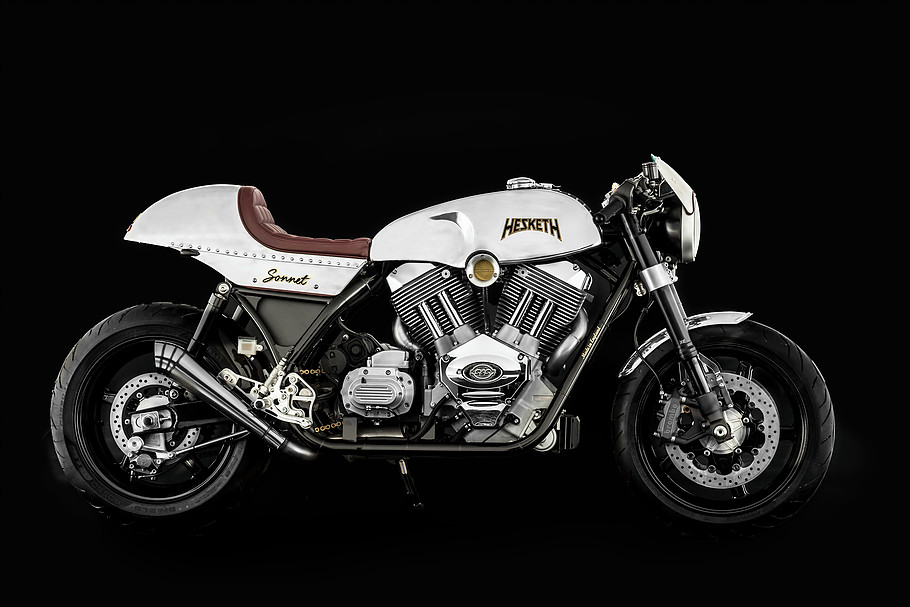 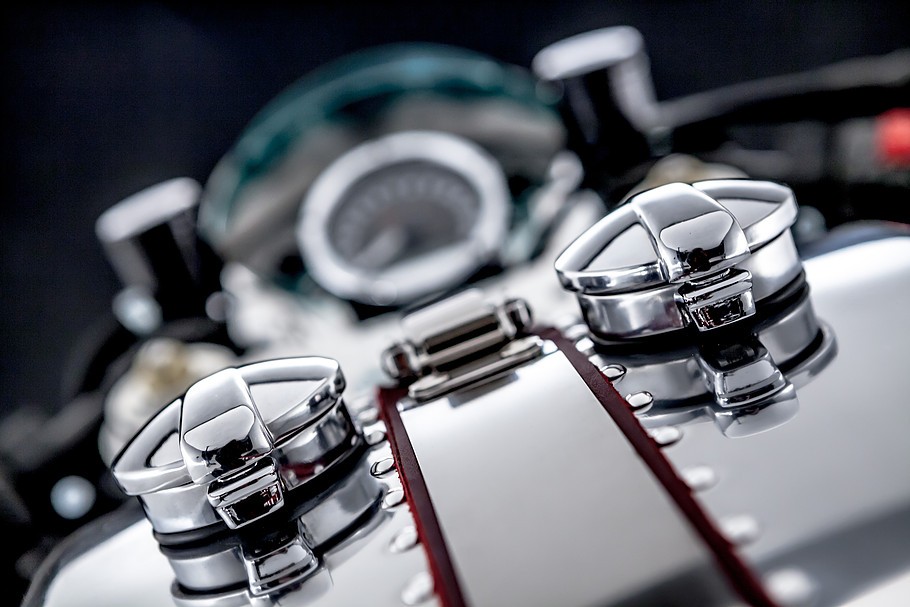 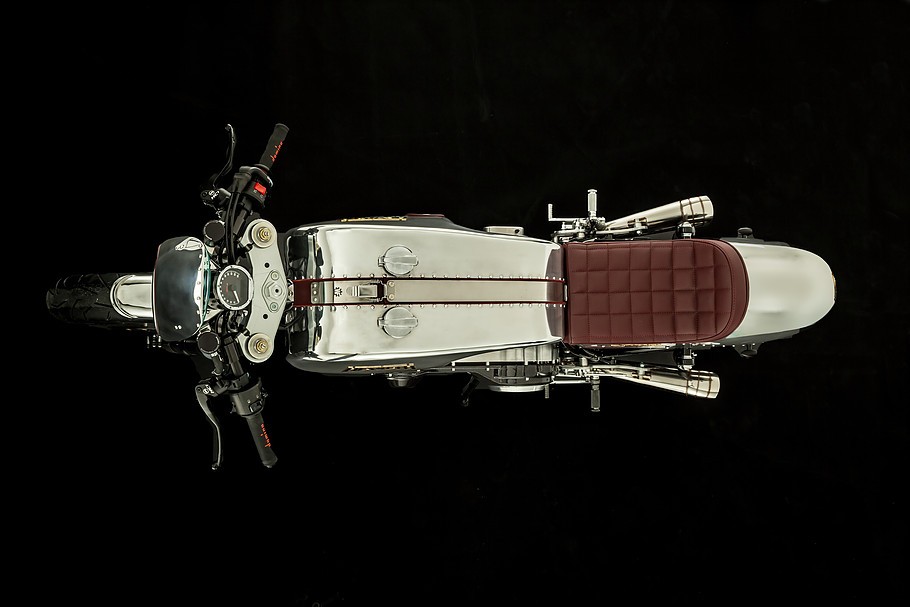 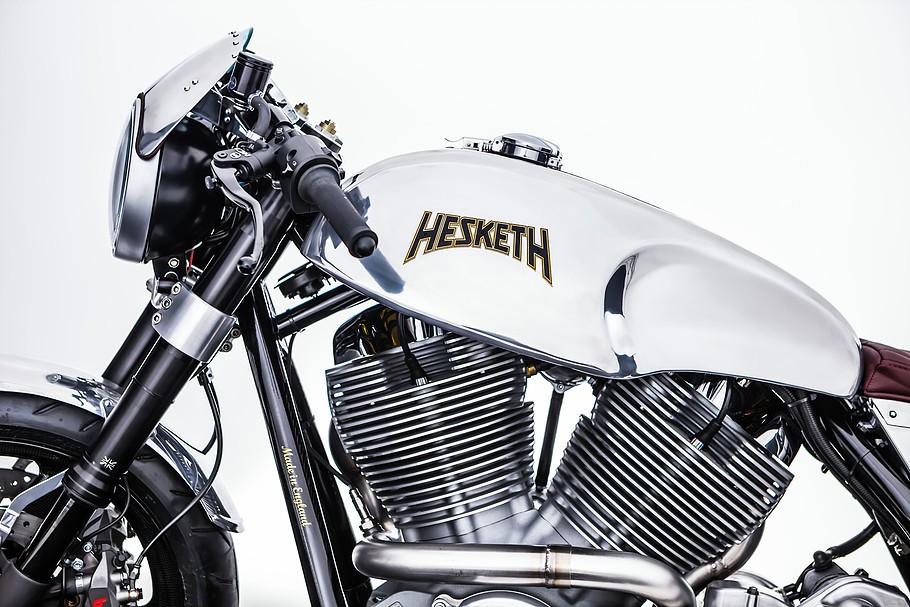 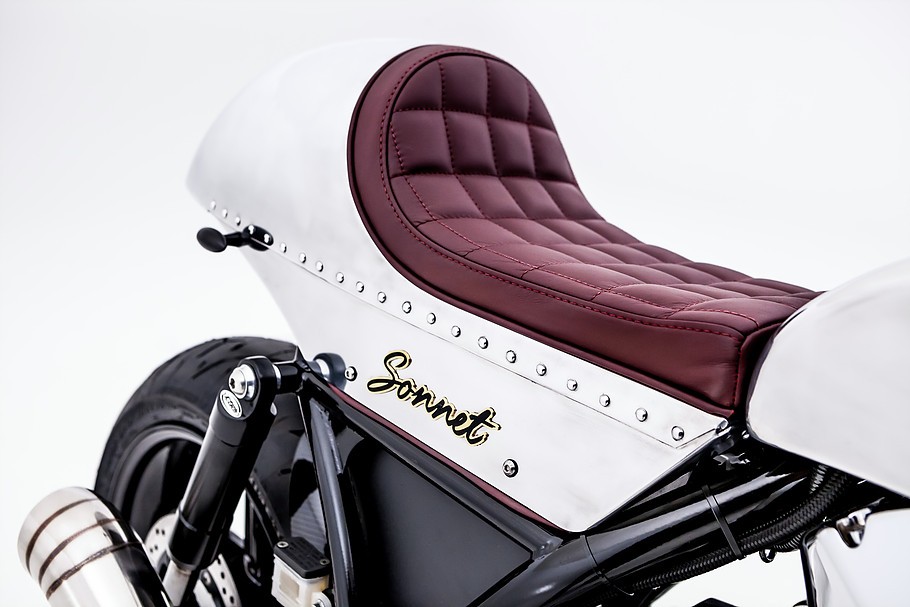 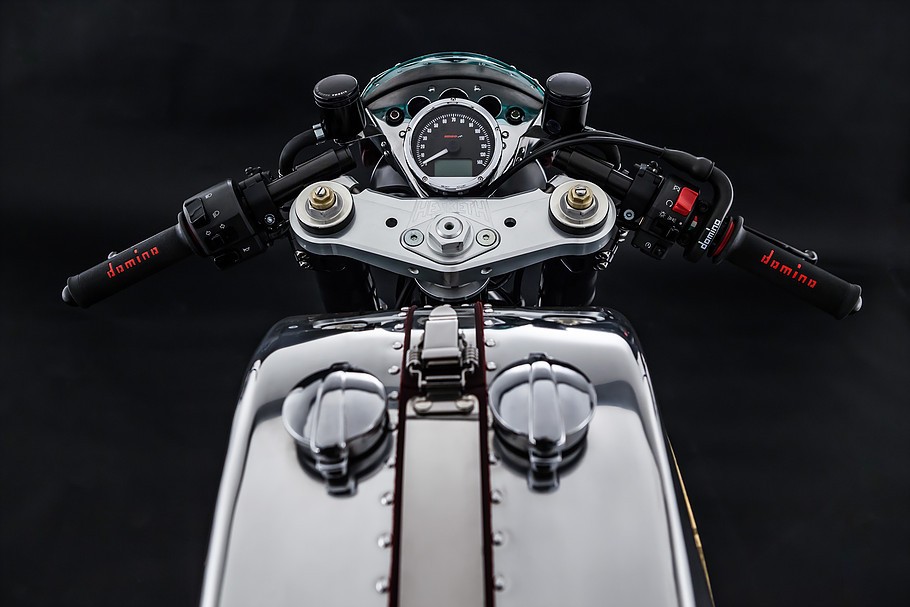 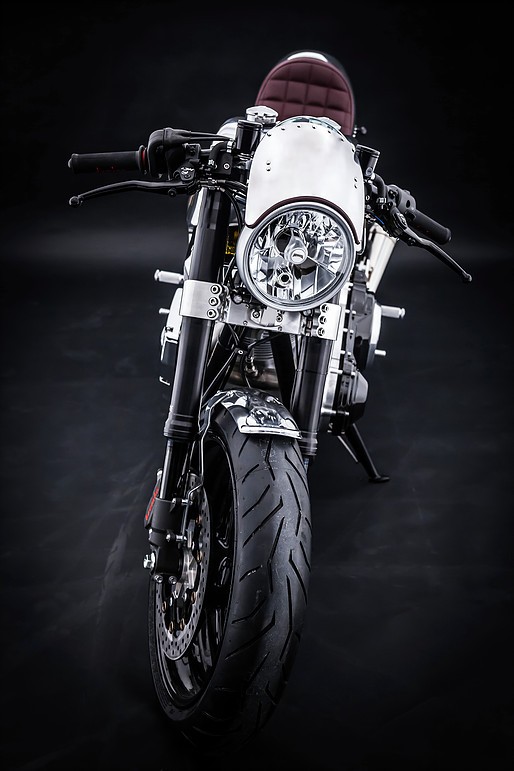 Hesketh Motorcycles Sonnet is a Ride on the Snazzy Side

Students of motorsports history know the Hesketh name from its brief yet (very) colorful stint in Formula 1 in the 1970s, but not many know that Alexander Fermor-Hesketh, Third Baron Hesketh (to use his full title) also set up a motorcycle company a few years after the F1 team folded. Unfortunately, it too went bust, mere months and 139 bikes after production began in 1982. But for the last few years (and under new ownership), Hesketh Motorcycles has been undergoing a rebirth, and the latest stage in that rebirth – the Sonnet – is almost here.

Built around an S&S 2,100 cc air-cooled fuel injected V-twin rated at a healthy 143 horsepower and 155 lb.-ft of torque and  teamed with a Rivera Primo 6-speed transmission, the Hesketh Sonnet features a chrome-moly frame off of which an aluminum box-section swingarm and a K-Tech USD fork are hung at the rear and front, respectively. The tapered café racer tail means this is strictly a one-seater, which is just as well, since the Brembo monoblock brake calipers will only have so much mass they’ll have to slow.

And speaking of mass, your wallet will have considerably less of it after purchasing a Sonnet: Prices are rumored to start around $33,000. But considering the tiny production volume and predominantly handbuilt nature of modern Hesketh bikes, that’s really not that far out of line.