Over the last quarter-century-or-so, the state of the supercar art has been pushed to a level that was previously unimaginable. For example, two members of the current crop of “junior supercars” – the Ferrari 458 Italia and Porsche 911 Turbo – can absolutely wipe the floor with their respective makers’ range-toppers of the late-‘80s (i.e. the F40 and 959) in nearly every measurable performance category. And those companies’ new range-toppers – the LaFerrari and 918 Spyder – will absolutely annihilate those bedroom wall poster stars of yore.

Of course, even those new hyperactive hybrids from Ferrari and Porsche will get left in the wake of the Bugatti Veyron Super Sport given a long enough straightaway. It is, after all, the fastest production car in the world, with a verified-by-Guinness 267.81 mph top speed. Or rather, it was the fastest production car in the world, as that title now belongs to the Hennessey Venom GT. 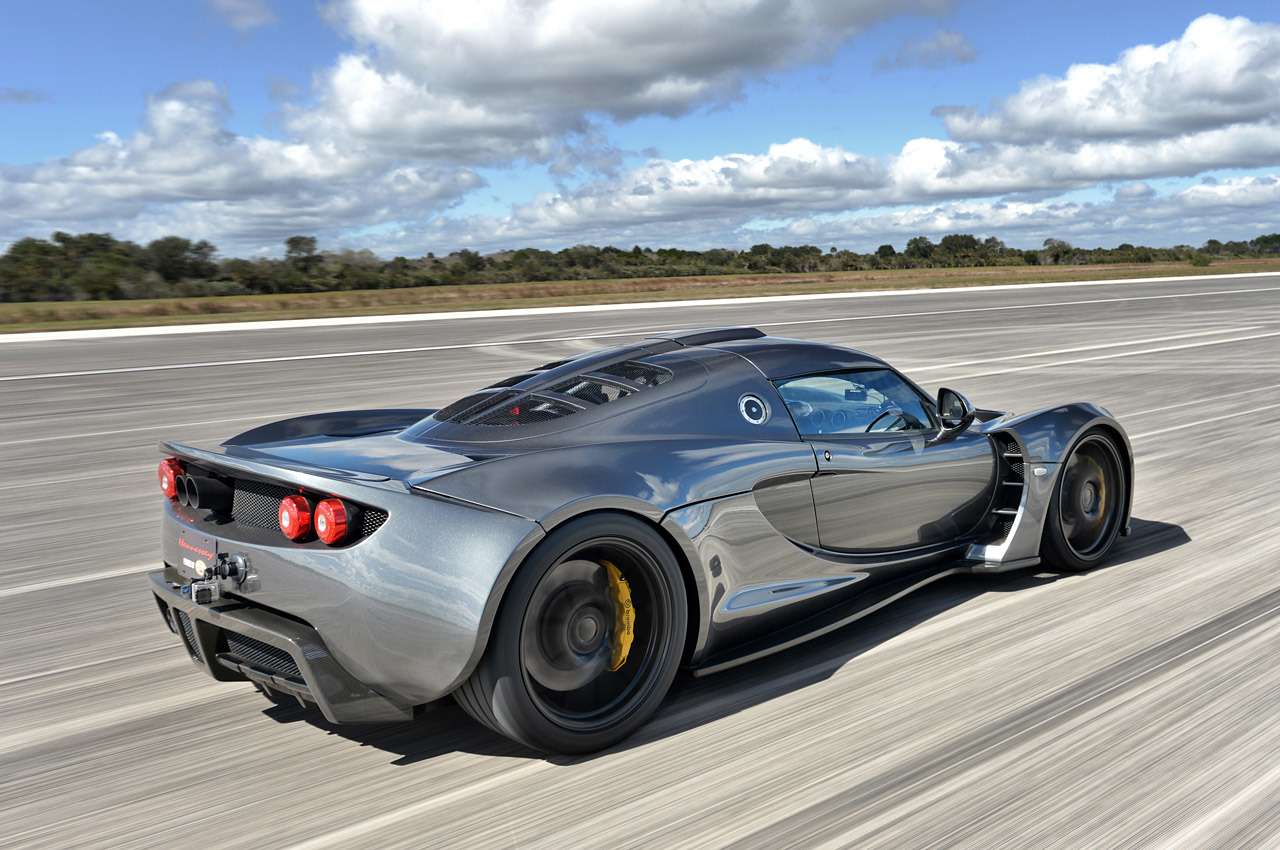 However, before we get any further into this story, the title of world’s fastest isn’t based on the same criteria as it was for the Bugatti. In fact, the Hennessey hypercar’s record has not been and will not be recognized by the Guinness World Record folks because a) it doesn’t meet the organization’s definition of a “production car” (Hennessey plans on building just 29 Venom GTs, while the Guinness people say 30 units is the minimum threshold to constitute a production model.), and b) the record attempt didn’t consist of two runs in opposite directions because the operator of the venue would only allow one one-way run. The operator of said venue? That would be the United States government, specifically NASA.

With that in mind, it’s rather fitting that Hennessey made heavy use of President John F. Kennedy’s “We choose to go to the moon” speech. And it’s even more fitting that the site of the record run was the 3.22-mile main runway at Florida’s Kennedy Space Center. From a slow roll, driver Brian Smith set off, rowing through the 6-speed manual transmission’s gears and keeping the American beast’s nose pointed straight ahead. That was probably much harder than you might think, considering the Venom GT sends the better part of the 1,244 horsepower made by the GM LS-based 7.0L twin-turbo V8 to just the rear wheels.

By the time he reached the shutoff point (roughly 2.6 miles from the start), Smith was doing just a whisker over 270 mph: 270.49 mph, according to the Racelogic Vbox data logger. And if that’s not nutty enough, Smith says the VGT was still pulling, so HPE’s claim of this Lotus-derived monster having a 278 mph theoretical top speed doesn’t seem terribly far-fetched. Hopefully someone can find a lengthy enough straightaway to reach the real top speed; you don’t suppose Bugatti’s parent company would be willing to rent out its Ehra-Lessien test track to a rival, do you? 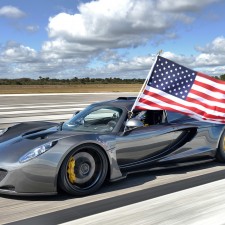 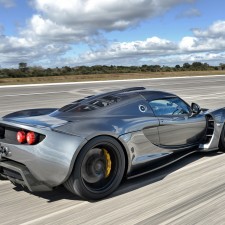 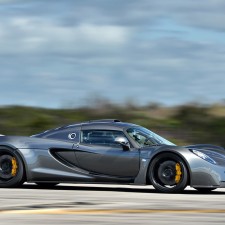 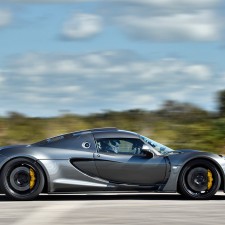 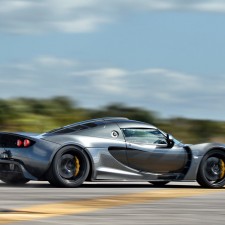 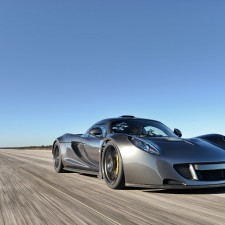 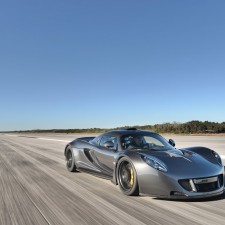 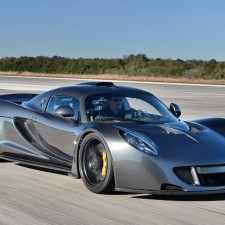 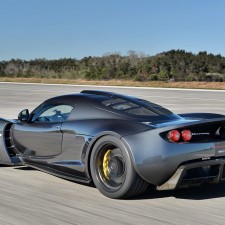 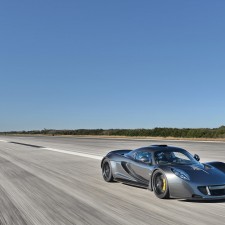 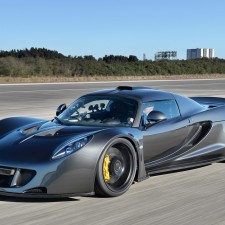 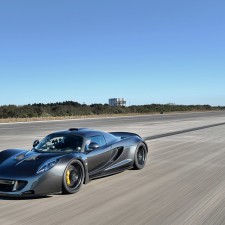 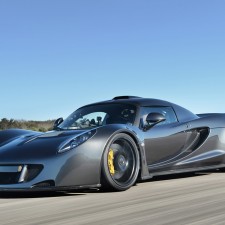 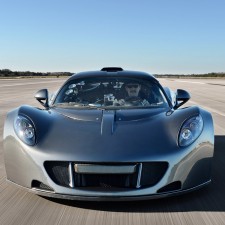 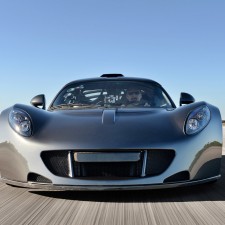 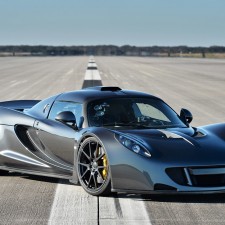 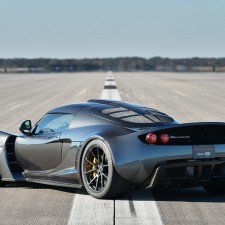 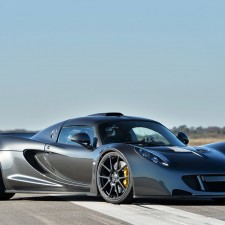 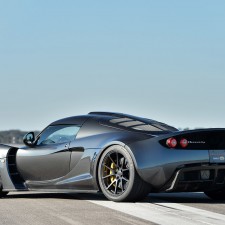 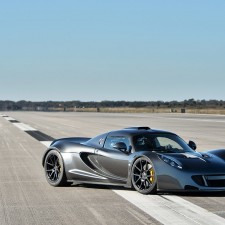 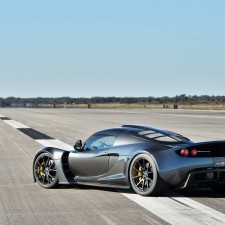 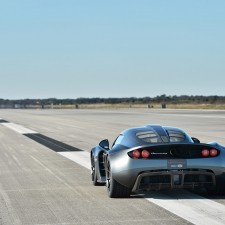 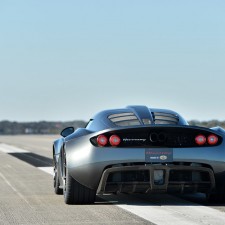 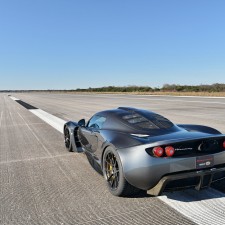 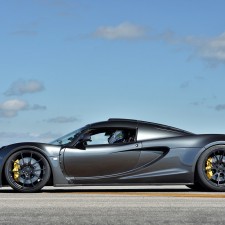 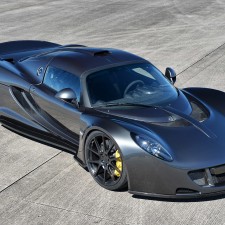 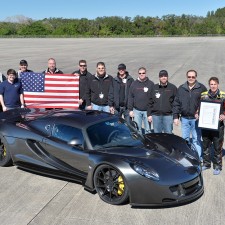 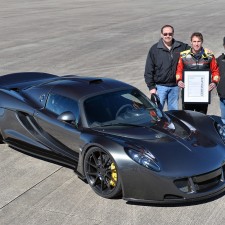 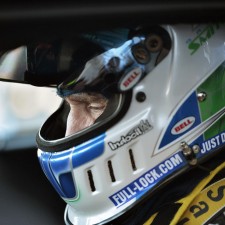