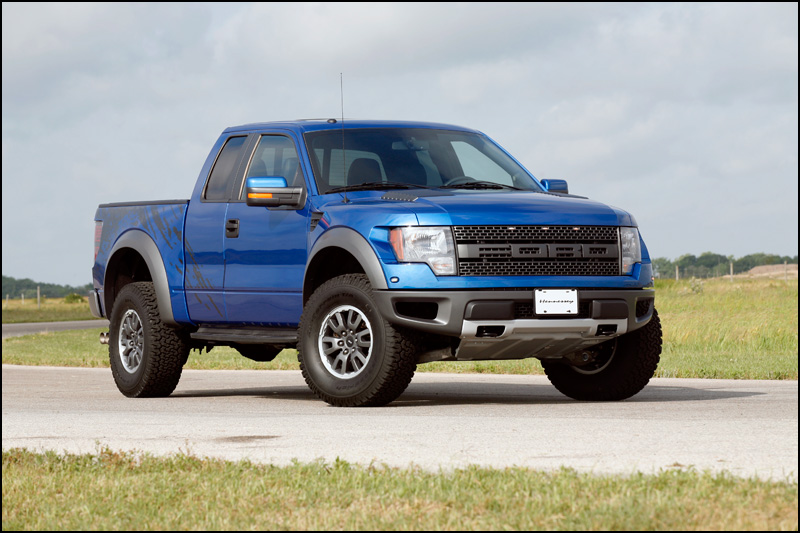 If you’re driving a truck, Ford’s Raptor 6.2 to be exact, you’re more or less constricted to 411hp. So why not give it a little more oomph? Hennessey Performance, from the Lone Star state of Texas, did just that with their VelociRaptor 600. Hennessey gave the standard 6.2 liter V-8 of the Raptor forced induction. 602hp with 622lb-ft of torque was the result. But, obliging to the Hennessey tradition, beginning with the VelociRaptor 500, the company decided to bolt a twin-turbo system onto the Raptor. Introducing the VelociRaptor 800: A two door truck with 810 American stallions under the hood and 745 lb-ft of torque. Forget towing cattle, with that kind of power you can tow your pet dinosaur with ease! 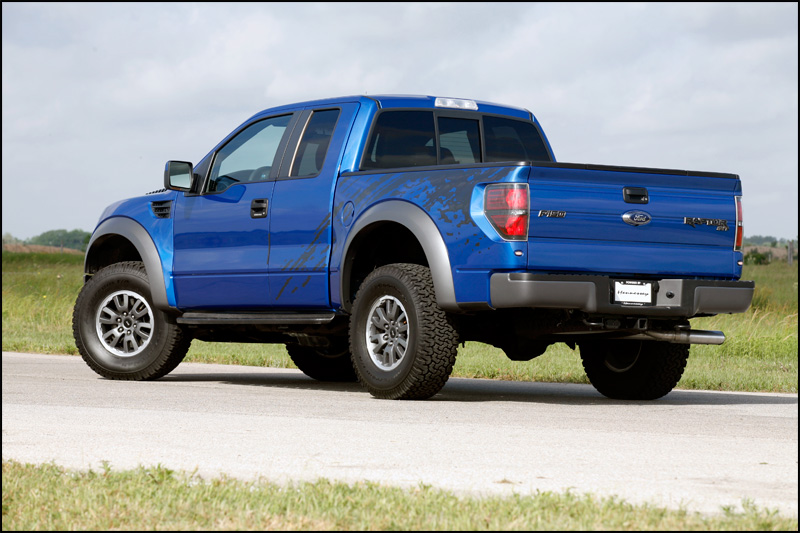 Fear not, if you don’t have a pet dinosaur to tow, Hennessey is also announcing the VelociRaptor 475. It has, well 475hp. This is achieved through some better airflow and some computer sorcery under the hood.