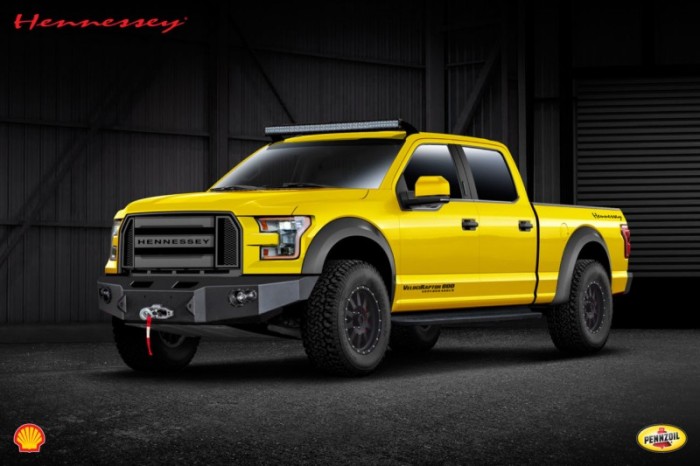 The outgoing generation of Ford F-150 pickup trucks was notable for continuing the model’s dominance of the American automotive sales landscape and introducing truck buyers to the idea of substituting large displacement V8s with downsized turbocharged engines that use less fuel. It was also notable for giving rise to the first factory-built high performance off-roader, the SVT Raptor. But with the old F-150 giving way to the aluminum-bodied new one, the Raptor is out of the lineup, at least for the time being. 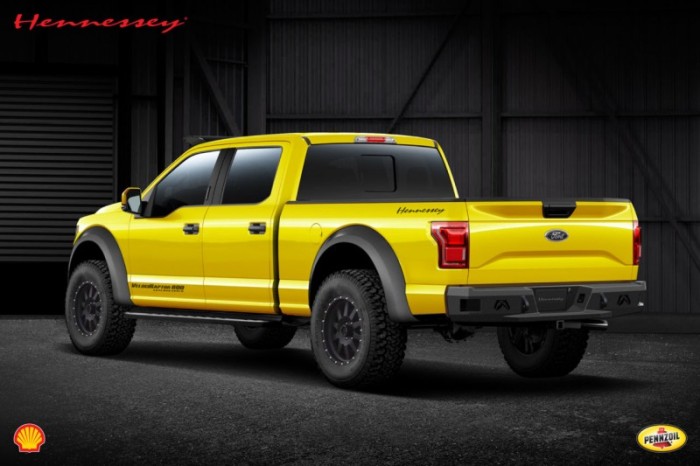 Of course, since this is a Hennessey product, there’s far more thrust under the hood. The 5.0L V8 is fitted with a Rootes-type supercharger, a reprogrammed ECU, new fuel injectors and a stainless steel exhaust system to uncork a total in excess of 600 horsepower. Couple that figure with roughly 700 lbs. less mass than a ’14 F-150 SuperCrew and you have a truck that can legitimately add ass to the list of stuff it can haul. Just be prepared to part with at least $73,500 to add a VelociRaptor 600 to your fleet, though that price does include the cost of the donor vehicle. Oh, and a similar package for EcoBoost V6 F-150s is coming sometime next year.