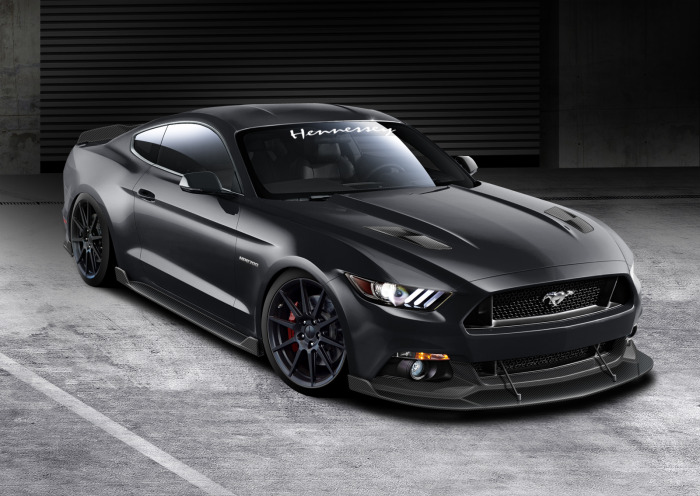 Remember how we mentioned in Monday’s piece on the new Roush Mustang that the tuning world’s response to Ford’s reimagined performance flagship is already starting to really ramp up? Well, it turns out Hennessey is getting ready to join the 2015 Mustang tuner club with an HPE700 version of the new Mustang GT. There’s the expected killer body kit, bitchin’ wheels and spot-on stance, as well as a host of engine upgrades (a supercharger chief among them) that raise the 5.0L Coyote V8’s output to 717 horsepower and 632 lb.-ft of torque; Hennessey says those new sums are sufficient to propel this frantic Ford to 60 mph in 3.6 seconds and cover the quarter-mile in 11.2 seconds at 131 mph. In other words it should be more than a match for the Dodge Challenger SRT Hellcat. 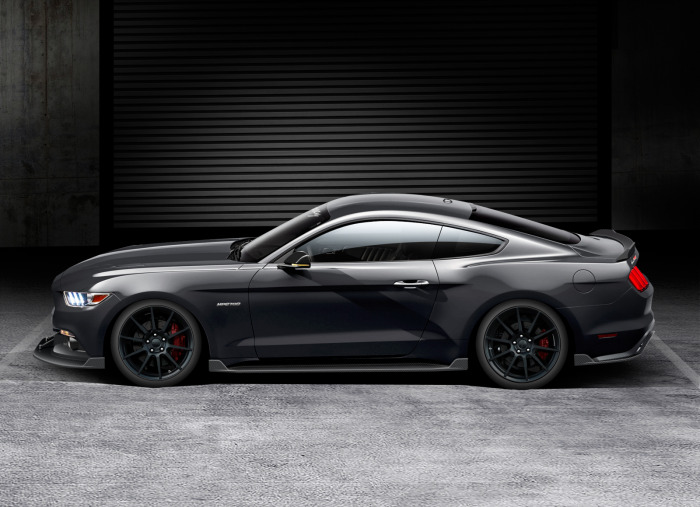 Unfortunately, the Hennessey Mustang will be even less commonplace than Dodge’s demonic feline; the company will only be converting 500 2015 Mustang GTs to HPE700 spec. So if you want one, you’d better get in line stat, Pat… 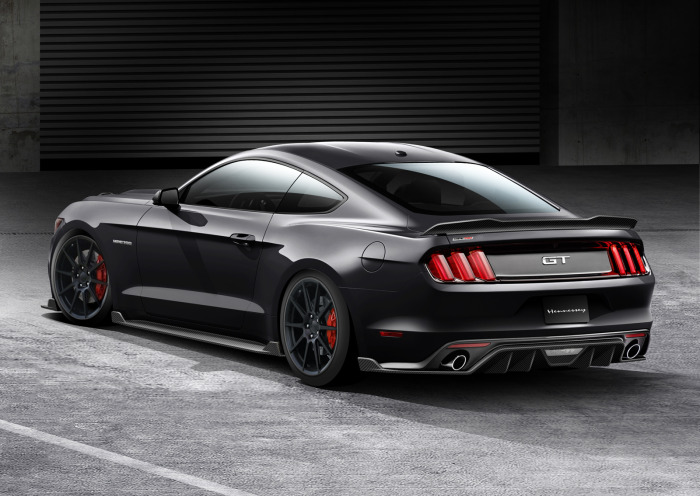