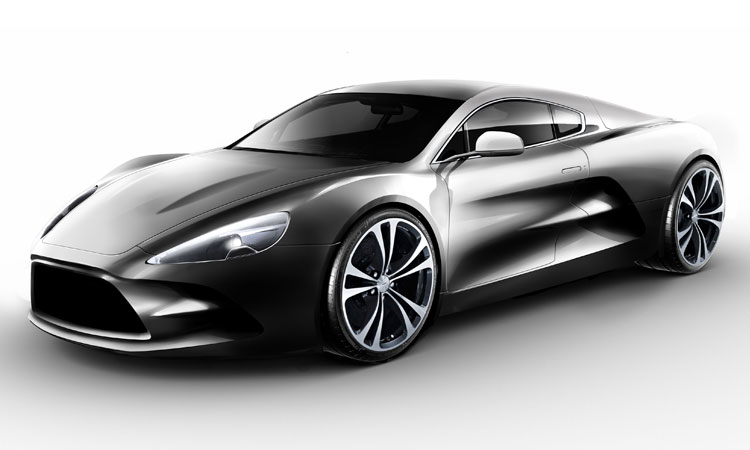 If you’re a petrolhead (and, because you’re viewing this website, we’re going to go ahead and assume you are), you probably get at least a little excited by Aston Martin’s current product lineup. From the value leader (*cough*) V8 Vantage all the way up to the One-77, every new Aston is fast, sexy, luxuriously appointed, and far less ubiquitous than your typical Porsche, Mercedes-Benz or Jaguar.

However, if you consider yourself a serious driving enthusiast, odds are you’re struggling to make peace with the fact that Aston Martin has never built a mid-engine production car. Sure, there have been a few endurance racing prototypes (the AMR1 Group C racer, the lovely Lola-based LMP1 coupe, and this year’s oops-hope-no-one-saw-that AMR-One open-top LMP1), as well as the wild William Towns-styled Bulldog supercar from 1979, but the fabled British brand has never pulled the trigger on making multiple examples of an engine-behind-the-driver model available to the public for use on the street. So what’s the story behind this car, the Bulldog GT? 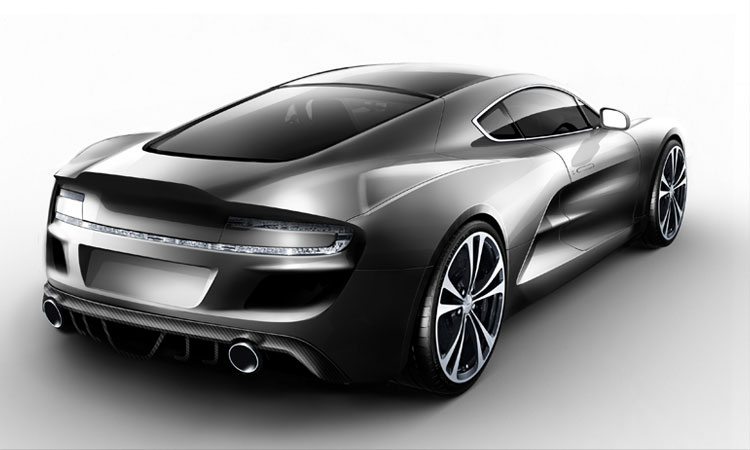 Well, it’s not an Aston Martin per se, though it has a lot of Aston Martin pieces, and its aluminum body panels are chock full of Aston Martin styling cues. It’s a concept put forth by the Danish firm HBH (named for the surnames of Jesper Hermann, Christian Brandt and Torben Hartvig), and it utilizes the 6.0L V12 and numerous other bits including, from what we’ve been able to gather, a heavily modified version of the chassis of the V12 Vantage. And the chassis isn’t the only part that’s been modified; the V12 has been capped with not one but two superchargers, raising output to a devilish 666hp. HBH says that translates to 0-62 mph in 3.9 seconds and a top speed of 186 mph. Yeah, those figures sound conservative to us, too.

So what will the Bulldog GT cost to purchase? HBH isn’t saying, but it is saying what you’ll get for the price: A Bulldog GT, plus 50% of the production rights to the design. So if you want to have the only one in the world, you can see to it that you do. Conversely, if you have a group of obscenely rich friends who each want one of their own, you can make it happen. The choice is yours. This might just be the greatest standard feature on a car since the electric starter. Or hydraulic brakes. Or buttwarmers…