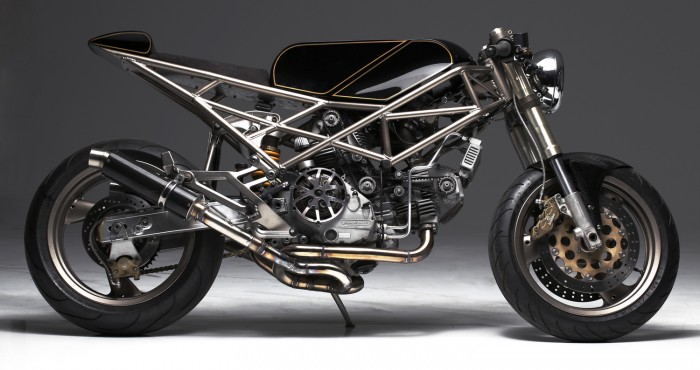 If we had a dollar for every time we’ve heard the saying “When life gives you lemons, make lemonade,” we (and not Larry Ellison) would own 98% of the Hawaiian island of Lanai. And construct a road course that makes the Nürburgring Nordschleife look like a pinewood derby track in comparison. Bottom line: We’ve heard that line a sufficient number of times to last us a few dozen times. Enough already!

Maxwell Hazan, the big cheese at Hazan Motorworks in Brooklyn, New York, however, has put that dried, worn-out old axiom into practice. You see, he bought the Ducati Monster 900 seen here to be his stock, semi-sensible daily-rider off an eBay seller over the East River in Manhattan. And Max was perfectly happy using it as his commuter/errand runner…until the day he walked out of a supermarket to find it smashed, lying on its side in a pool of its own blood, er, gasoline. He figured this hit-and-run was as good an excuse as any to turn the disfigured Ducati into a sharp looking custom motorcycle. 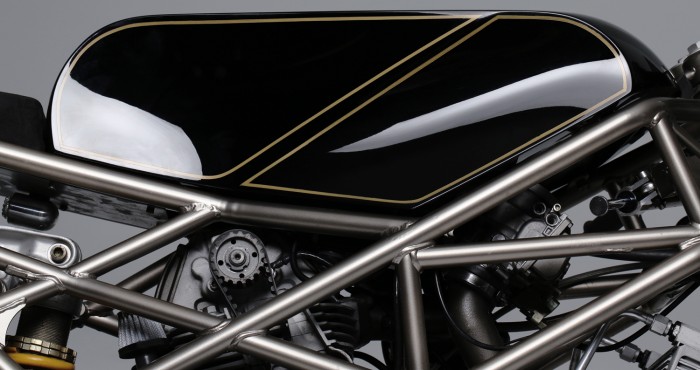 After he lopped off the damaged sections of the stock frame, he replaced them with fresh sections of un-smoshed tubing, including a radically-elongated tail section. That tail section is topped by a new tailpiece and seat, while the front portion of the frame is capped by a new hand-formed steel gas tank that, in addition to carrying the boom juice, also houses the bike’s lithium-ion battery other electrical system components (in a dry, separate compartment, of course). Other readily-visible tweaks include a Harley-Davidson headlight, clip ons with roll-a-click levers, and the always-fashionable black-with-gold-pinstriping paint scheme, plus there’s a steering damper cleverly concealed within the frame. 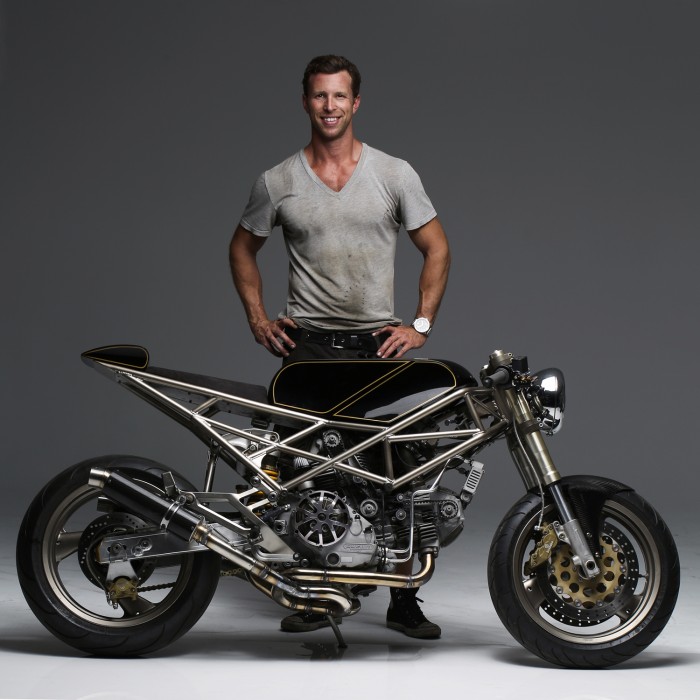 Hazan (seen above with his handiwork; you’re welcome, female readers…) re-jetted the big V-twin’s carburetors (He’s not a fan of fuel injected bikes due to the difficulty of hiding the electronics and other hardware.) to yield more muscle. The custom TIG-welded tubular exhaust headers (capped by a pair of carbon fiber silencers) also help achieve the goal of adding more power. Hazan concedes that his former 9-to-5 motorcycle is no longer suited for everyday use due to things like the less comfortable riding position and lack of an intake system that’s open to the elements. But he’s not exactly complaining; when you have one of the coolest custom streetbikes in the borough (if not the whole of the Big Apple), why would you? 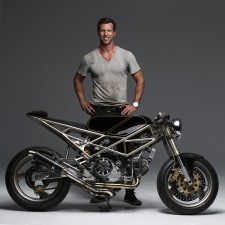 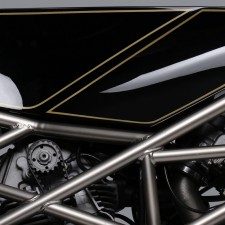 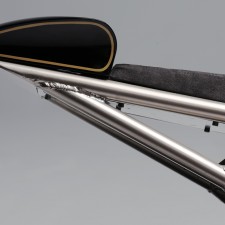 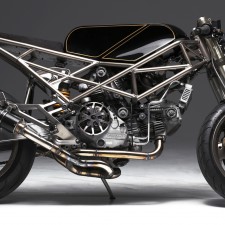 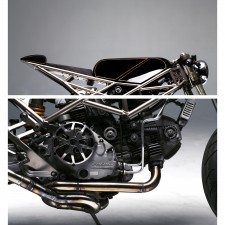