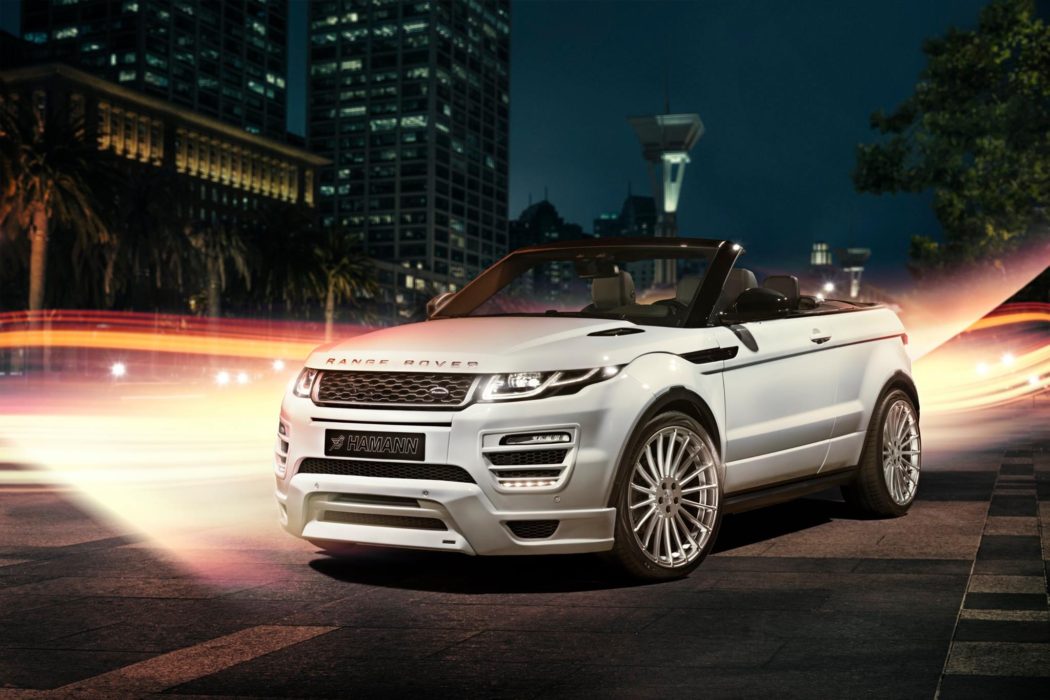 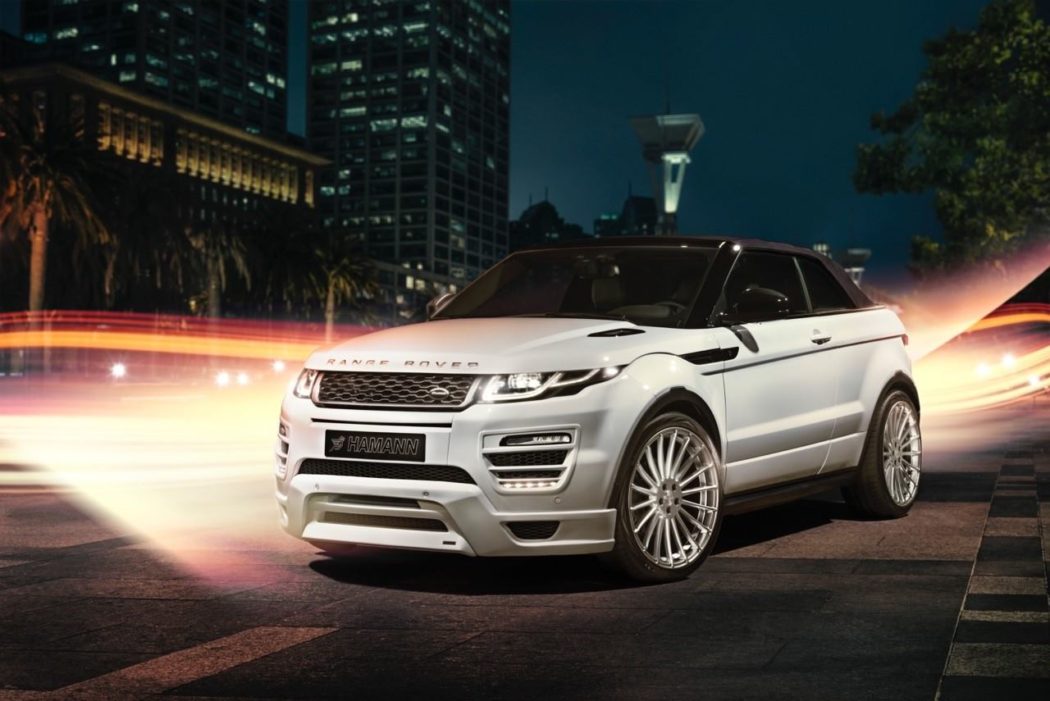 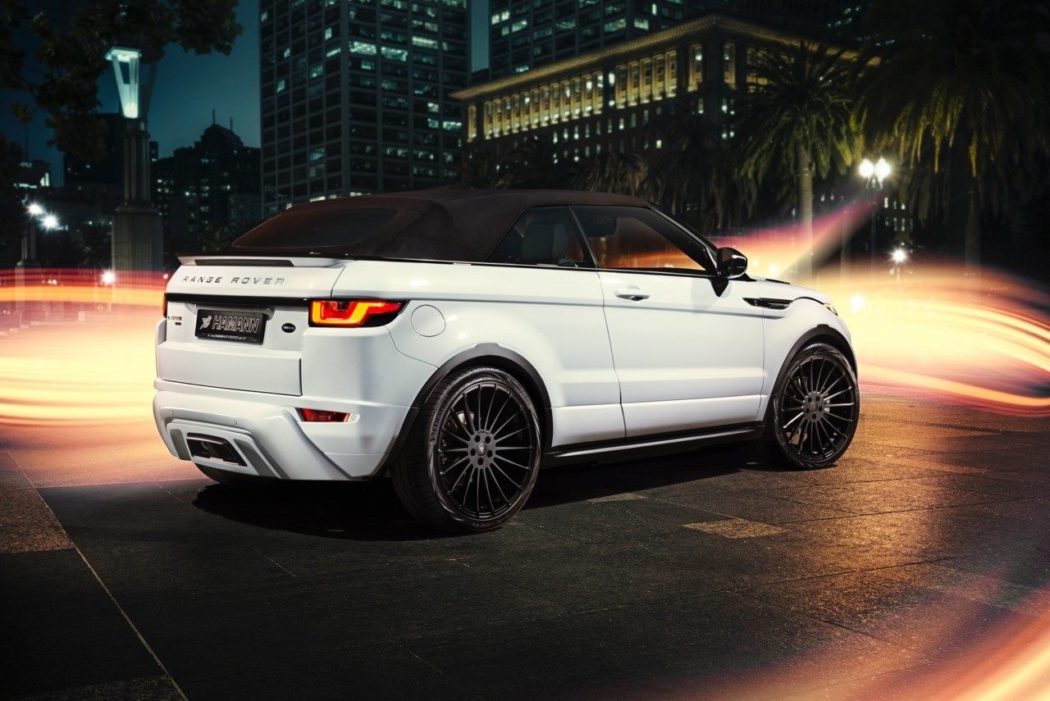 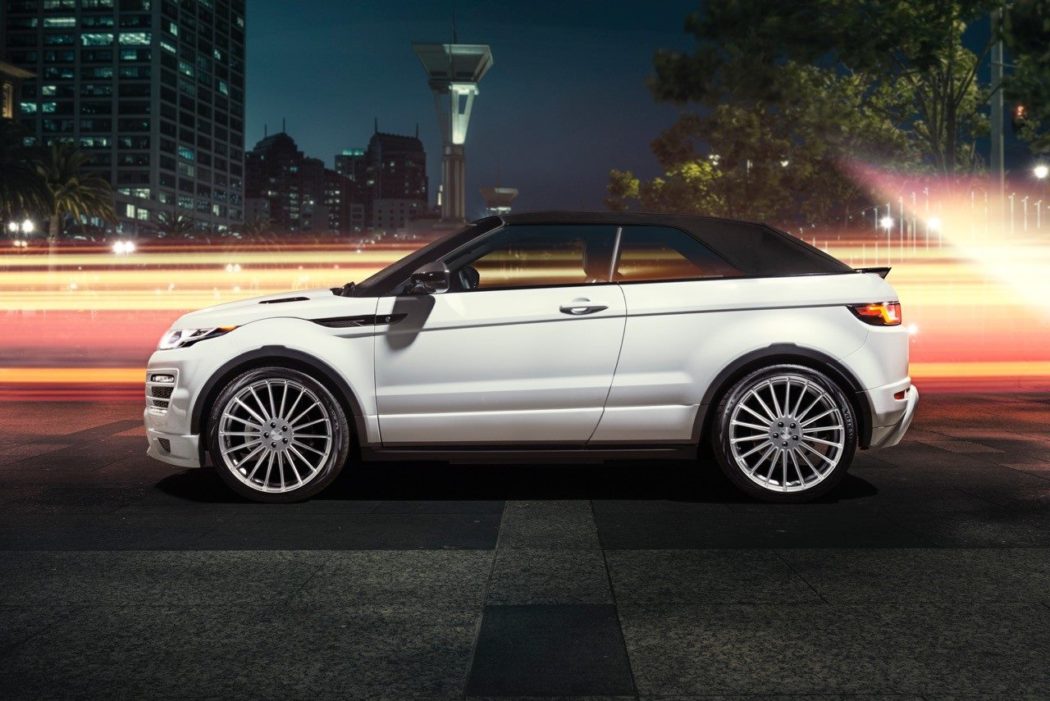 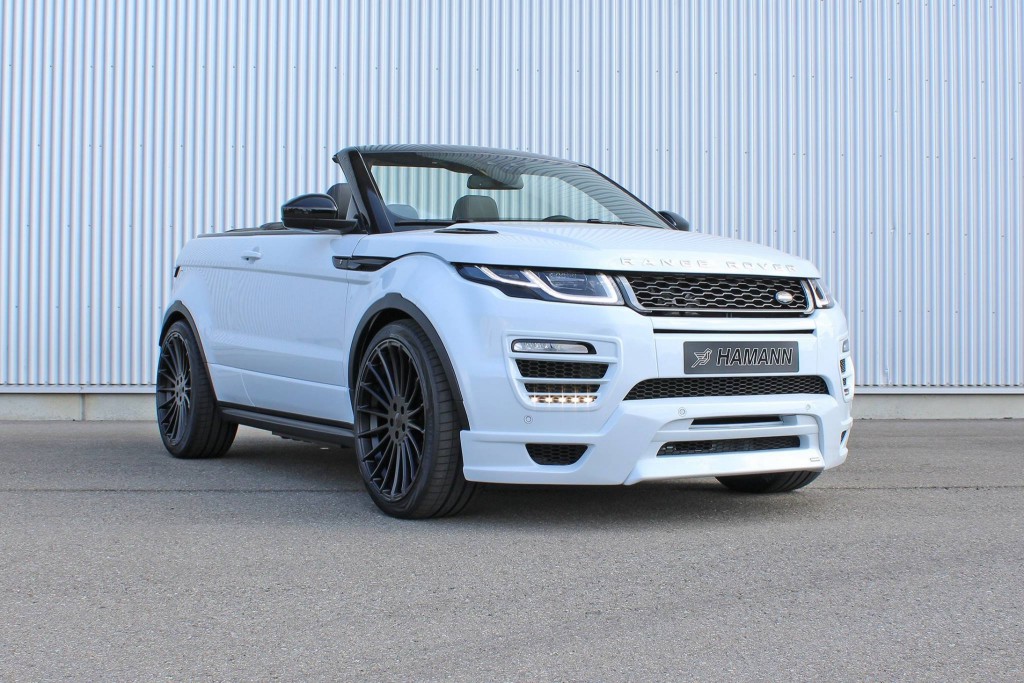 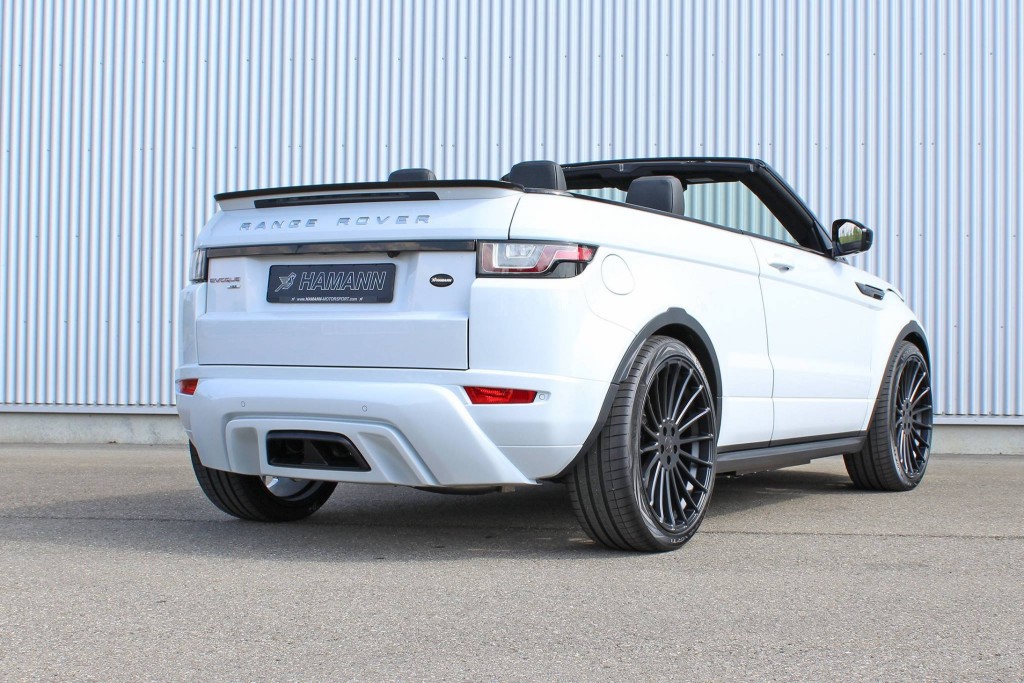 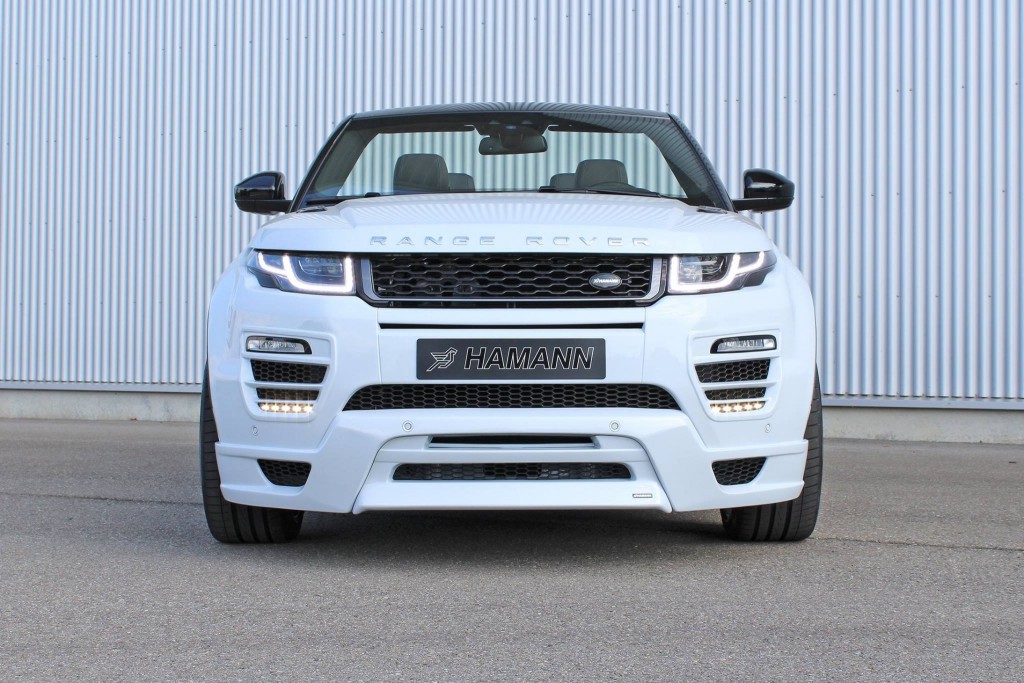 While Land Rover reckons its Range Rover Evoque Cabrio will not be a showroom stinkbomb in the same manner the conceptually similar Nissan Murano CrossCabriolet was, it’s too early to tell whether or not that will be the case. One thing that should work in the Evoque’s favor is the existing aftermarket support for the enclosed 3- and 5-door body styles. And one of the first tuners to make a big hullabaloo about that fact is Hamann.

The body kit – consisting of new front and rear bumpers, side skirts, and various trim pieces – for the fixed roof 3-door Evoque fits the Cabrio perfectly, which is unsurprising when you consider their exteriors are pretty much identical below the beltline. Hamann has also installed a set of its 22” wheels and fitted an exhaust system that terminates at the supercar-style center exit tailpipe. No changes to the 2.0L turbo inline-four are mentioned but, let’s be real here: If you had a giant metal bathtub on wheels with a high-ish center of gravity, would you make adding power a priority?