Hamann Mi5Sion BMW M5 Has a Flare for the Dramatic 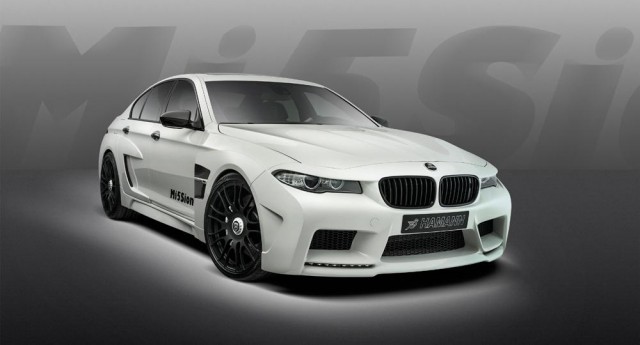 With all the megafast, megabuck supercars – both regular and hybrid – premiering at the Geneva Motor Show, it’s easy to forget that there’s a bumper crop of tuner vehicles at this year’s show. And that’s saying something, because Geneva has for years been a venue favored by one-stop aftermarket shops looking to show off their newest creations. It is neutral soil, after all.

Hamann chose Geneva to debut its latest take on the current F10-chassis BMW M5. It’s called the Mi5Sion, and while it may be stock under the hood, it definitely isn’t stock on the outside. 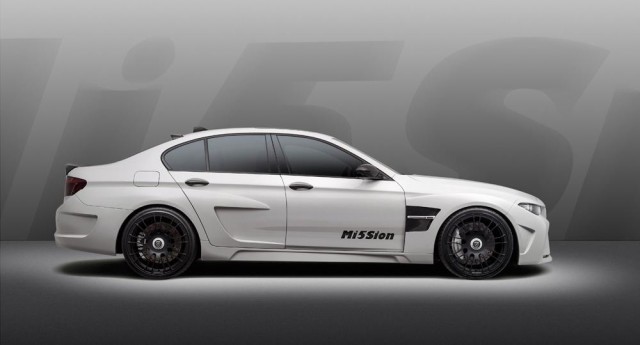 The front bumper is lower, wider, and makes the headlights look narrower/angrier. The sides are affixed with rocker extensions and front fenders and rear quarter panel flares that add 1.2” on the left and the right. The rear bumper is also wider and sits atop four larger-than-stock exhaust tips. Finally, there are spoilers atop the decklid and the rear window. Naturally, fatter wheels and tires have been bolted on to fill out those broader fenders.

Inside, Hamann has added swathes of white leather to match the exterior. There are also new sill plates, aluminum pedals, an aluminum footrest, and a Hamann logo horn button on the steering wheel. All of the changes make the stock M5 cabin noticeably less dark and, dare we say, dreary. 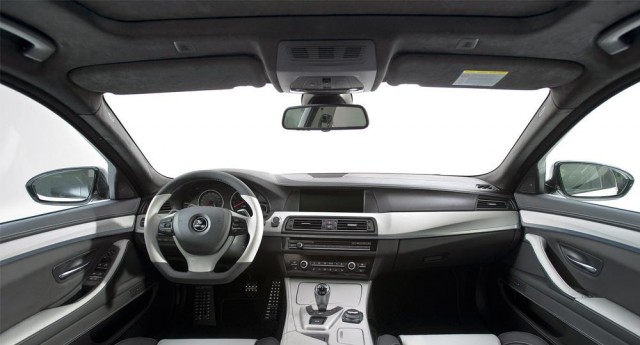 As mentioned before, the twin-turbo 4.4L V8 is unchanged from the way it left BMW M GmbH’s workshop. In other words, it still delivers a more-than-adequate 560hp and 502 lb.-ft of torque. And power still reaches the rear wheels through a 7-speed dual-clutch transmission, permitting 0-62 mph blasts of 4.4 seconds. However, Hamann has raised the electronic speed limiter to 190 mph, so you can cover long distances more quickly and/or one-up your friend who’s making a big deal about his big speeding fine.

Hopefully you’ll have the dough to pay said fine once you’ve paid for all these upgrades, though. Hamann isn’t saying just how much you’ll have to shell out to turn your fresh-from-BMW M5 into a Mi5Sion, but considering how lofty the MSRP for a new M5 is ($90,200 to start), expect to be well into six figures all-in. But when you’re driving something that looks this mean, you aren’t very concerned about the price, are you? 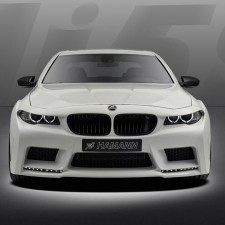 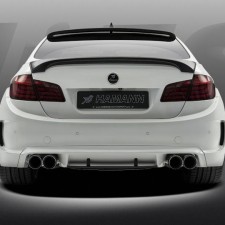 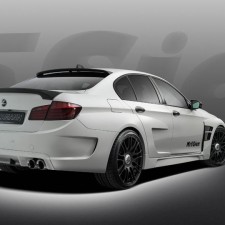 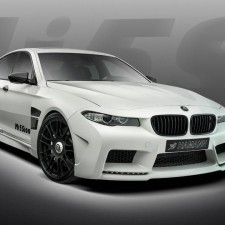 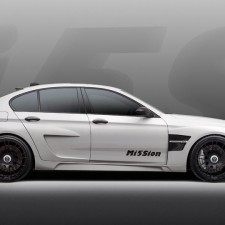 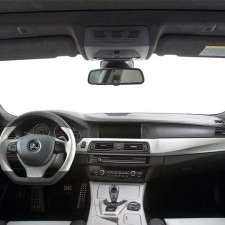