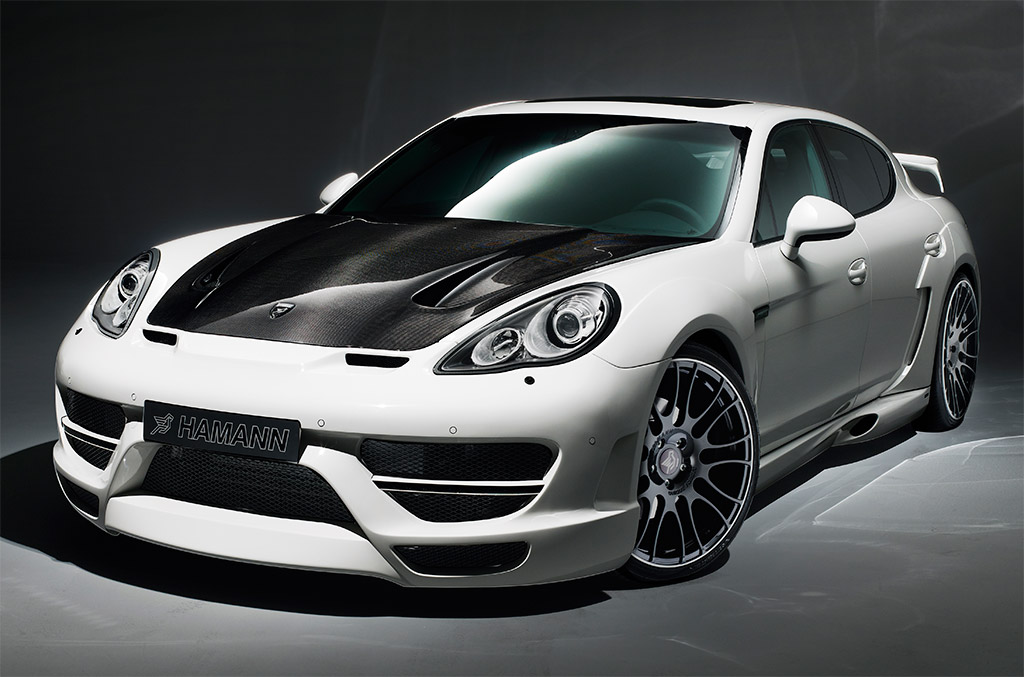 It seems like nary a week goes by when there isn’t a new reinterpretation of the Porsche Panamera being announced by a tuner. Porsche’s first production four-door has, much to the dismay of purists, become a hugely popular jumping off point for tuners on this and other continents. So it’s not terribly surprising that Hamann is already revising its take on the Sir Mix-a-Lot satisfying sedan.

Less than a year ago (November, to be specific), Hamann pulled the wraps off the Cyrano, a beefy, widebody revision of the Panamera Turbo that was treated to extra power. Fast forward nine months to today and we see Hamann squeezing even more muscle out of the 4.8L twin-turbo V8. But before we get to that, a primer on what makes a Cyrano a Cyrano is in order. 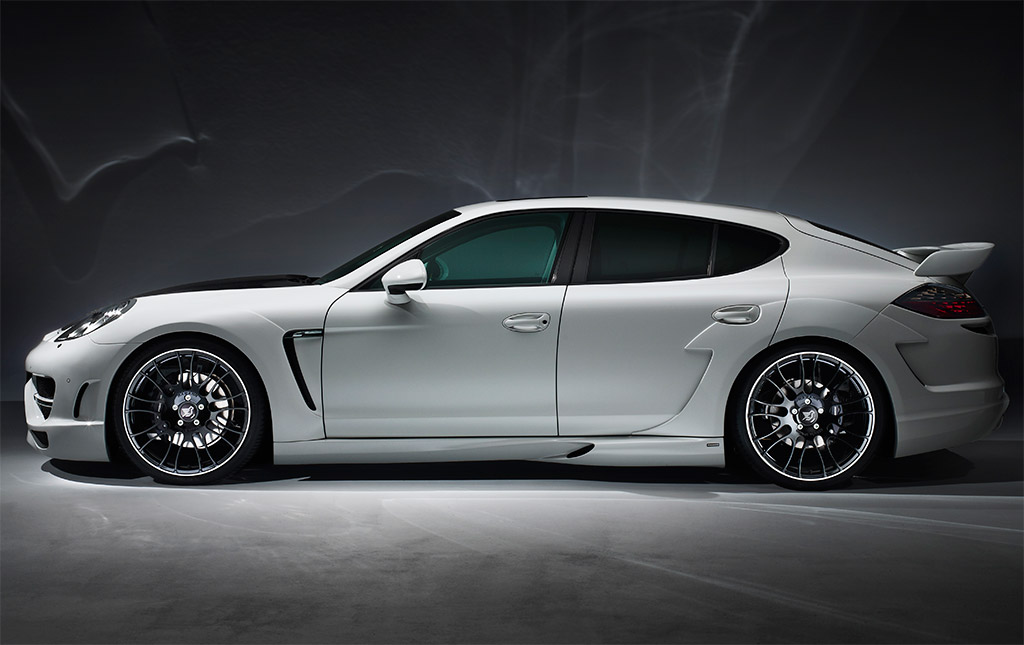 Hamann fits a new front bumper, front fenders, side skirts, rear fender flares and rear bumper with two enormous tailpipes. The stock hood is replaced with an unpainted carbon fiber piece, and a mammoth fixed wing takes over for the stock pop-up spoiler on the rear hatch. Finally, the fenders (which are a full 2.4” wider than stock front and rear) are stuffed tighter than a turducken with Hamann’s own 22” Unique Forged “Gunmetal” wheels, and the whole car is lowered thanks to sports springs or a control module for the air suspension that allows the Cyrano to drop as much as 1.2” closer to the pavement. 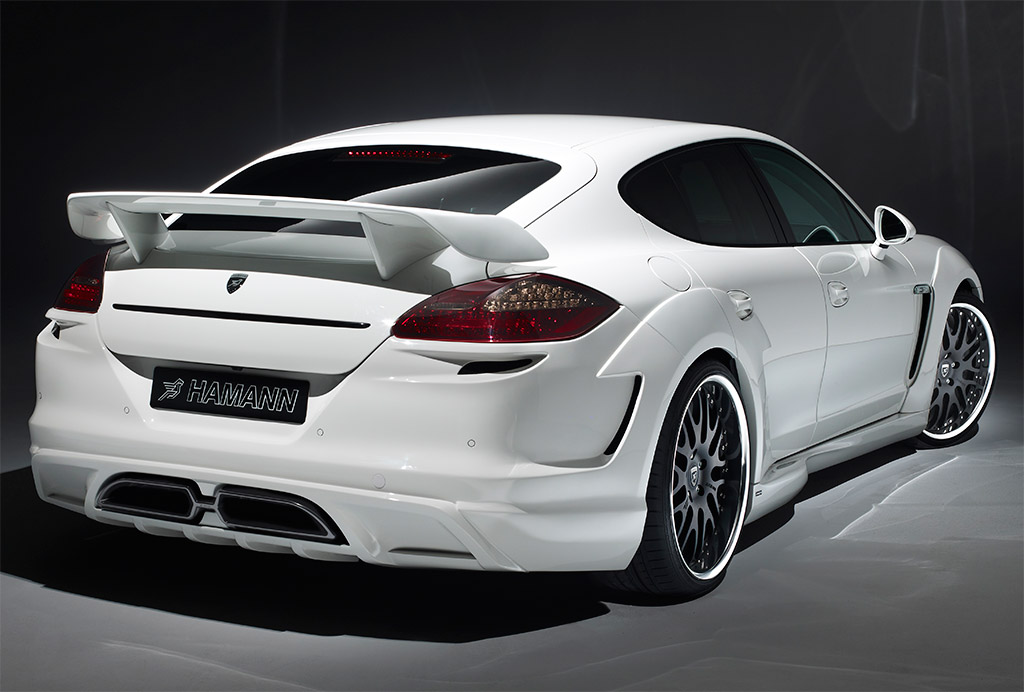 Inside, you’ll find the expected smattering of aluminum, carbon fiber and Alcantara trim. What you might not expect are the kinds of performance numbers the Cyrano is capable of putting up. Thanks to a host of underhood upgrades, the bi-turbo V8 is boosted to a beyond-healthy 594hp and 642 lb.-ft of torque. For the record, that’s 94 hp and 126 lb.-ft more than a stock Panamera Turbo, and 23hp and 37 lb.-ft more than the initial version of the Cyrano. As with the stock Panamera Turbo, power is funneled to all four tires through Porsche’s 7-speed PDK dual-clutch transmission. 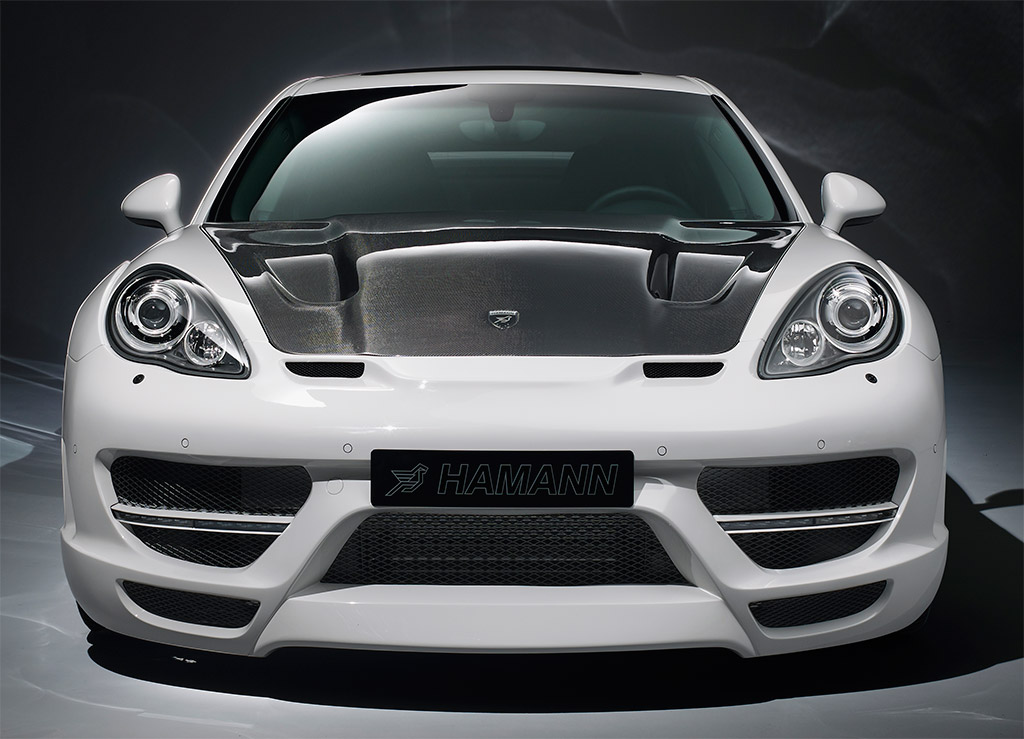 Insane power? All-wheel-drive bite? Sounds like a recipe for ridiculous acceleration and speed, right? Well, if you ask us, 0-62 mph in 3.9 seconds (3.7 seconds if your Panamera Turbo left the factory with the Sport Chrono Package) and a top speed of 196 mph qualifies as ridiculous for any car, much less a chubby German super sedan. And you can bet the price will be ridiculous, too (unless you’re in charge of an emirate or three), though Hamann isn’t giving an exact figure just yet. But look at it this way: You can’t take your Apple shares to a track day in the morning and a use them to shuttle your sweetie and some friends to and from a double date that night.